With all the excitement surrounding the reveal of the new F12 Berlinetta supercar at last month’s Geneva Motor Show, it’s easy to forget that there was actually a second new Ferrari launched at the Swiss event.

We’re talking about the latest version of the Ferrari California, which has been updated for the 2013 model year with a more powerful engine, a lighter curb weight and a new ‘Handling Speciale’ suspension package.

This video from Ferrari shows the new car as it's put through its paces on the same hilly roads in Maranello, Italy, where Ferrari’s test-drivers and engineers developed it.

We get a good sense of the sound of the car’s new V-8 engine, which still displaces 4.3 liters but now develops 490 horsepower and 373 pound-feet of torque. That’s a rise of 30 horsepower and 26 pound-feet over the previous model, courtesy of revised exhaust manifolds and ECU tuning. But that's not all as the torque curve has also been modified and is now higher across the engine's rev range.

Combined with a 66-pound lighter curb weight, brought about by the increased use of lightweight aluminum in its construction, the new engine rockets the car from 0-60 mph in just 3.8 seconds, down from the previous model’s time of 4.0 seconds. 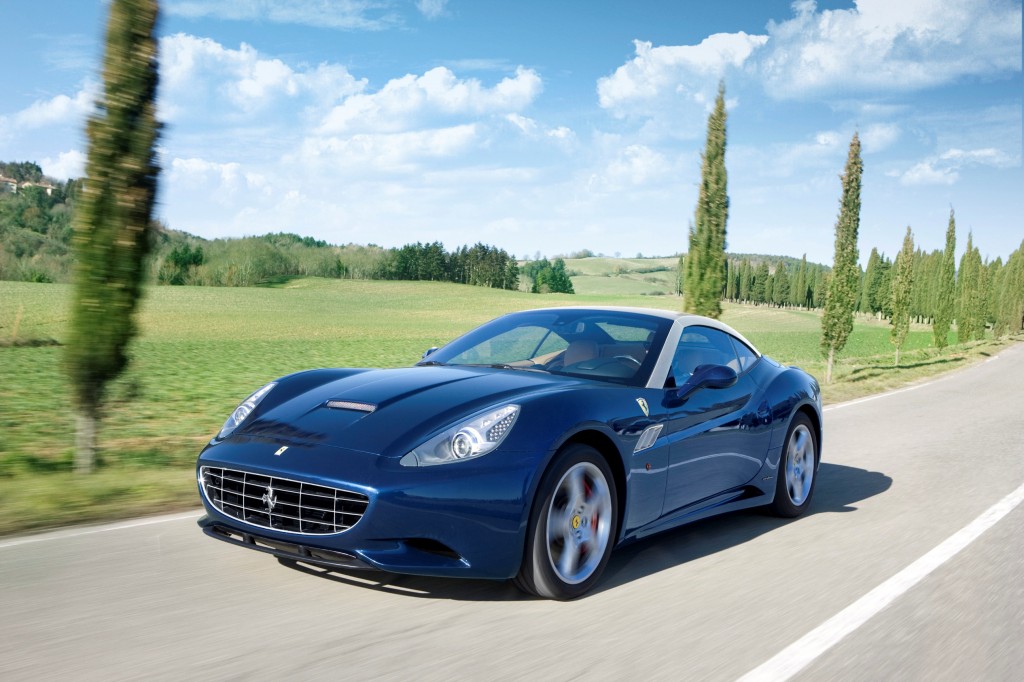 Now add on the body roll-minimizing Handling Speciale package, and you'll have the sharpest California yet. It includes Magnetorheological dampers controlled by an even faster ECU (-50 percent response time) running patented Ferrari software.

The package also features stiffer springs for more precise body control combined with a comfortable ride. Lastly, the California benefits from faster turn-in with smaller steering wheel angles thanks to a new steering box with a 10 percent quicker steering ratio.

These technical features are matched by a new, even more extensive choice of colors developed by the Ferrari Styling Center for the 2013 model year update. They include a range of colors and three-layer paint, with two-tone finishes and modern takes on classic color schemes.