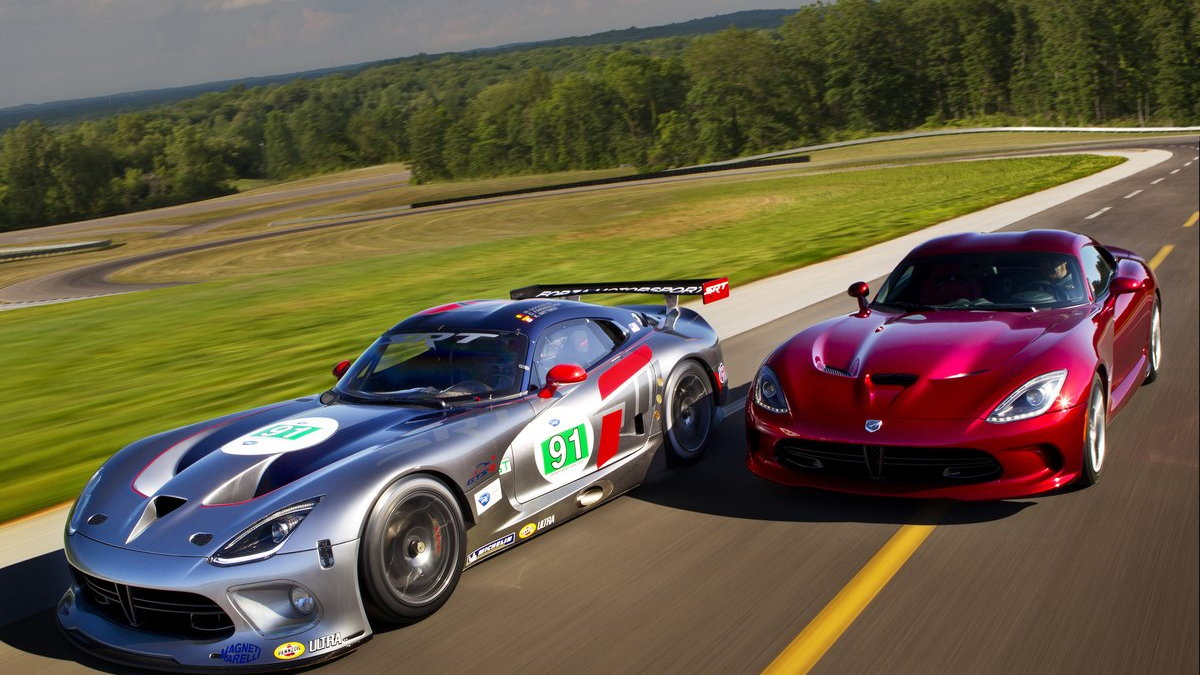 24
photos
Forza Motorsport 4 for Microsoft’s Xbox 360 has been winning fans all across the country since its launch late last year.

That’s because in addition to being an incredibly fun way to spend an afternoon, the video game also offers ultra-realistic graphics, and as we found out recently, sounds as well.

Now, following the unveiling of the 2013 SRT Viper at the 2012 New York Auto Show yesterday, the team at Turn 10 Studios, the game’s developer, has released this teaser trailer showing some in-game footage of the new Viper.

While most of us will never get the chance to actually drive the 2013 SRT Viper around a race track in real life, video games like Forza Motorsport 4 offer the next best thing and thankfully, they’re getting more and more realistic with the launch of each new version.

If you do plan on driving the new Viper, the car launches later this year in two trims, the standard Viper and luxury-laden Viper GTS. Both are powered by an enhanced version of the last Viper’s 8.4-liter V-10 engine, which in its latest application drums up 640 horsepower and 600 pound-feet of torque.

All of this is channeled to the rear wheels via a Tremec TR6060 six-speed manual transmission and to make sure you can get off the line smoothly the latest Viper even comes with a launch control system.

Read about the new 2013 SRT Viper and more in our full 2012 New York Auto Show coverage.