A helmet used by the legendary Ayrton Senna, as well as one of his racing suits, went up for auction in the Race Retro Sale that took place during this past weekend’s annual Silverstone Auction in the UK.

At the close of bidding, the helmet was sold for a staggering $114,000--almost double initial estimates.

The particular helmet sold was Senna's full-face Shoei worn during his world title-winning days at McLaren back in 1991.

It featured the signature of the late racing driver, only increasing its rarity even further. According to the vendor, the helmet was bought directly from McLaren boss Ron Dennis.

Fans of the three-times F1 champ who missed out on the helmet and suit shouldn’t be too disappointed. Given the results of the auction, we wouldn’t be surprised to see more Senna memorabilia hit the block in the coming years.

Following the success of the late racer’s biopic, we suspect prices will only be going up, so if you own anything that once belonged to Senna himself, there’s no better time than the present to begin contacting auction houses. 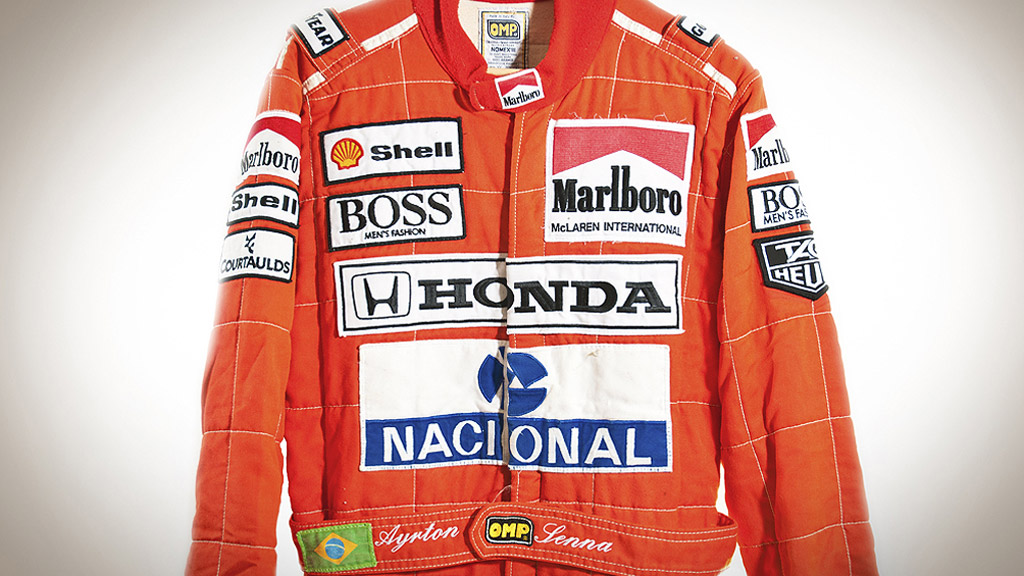