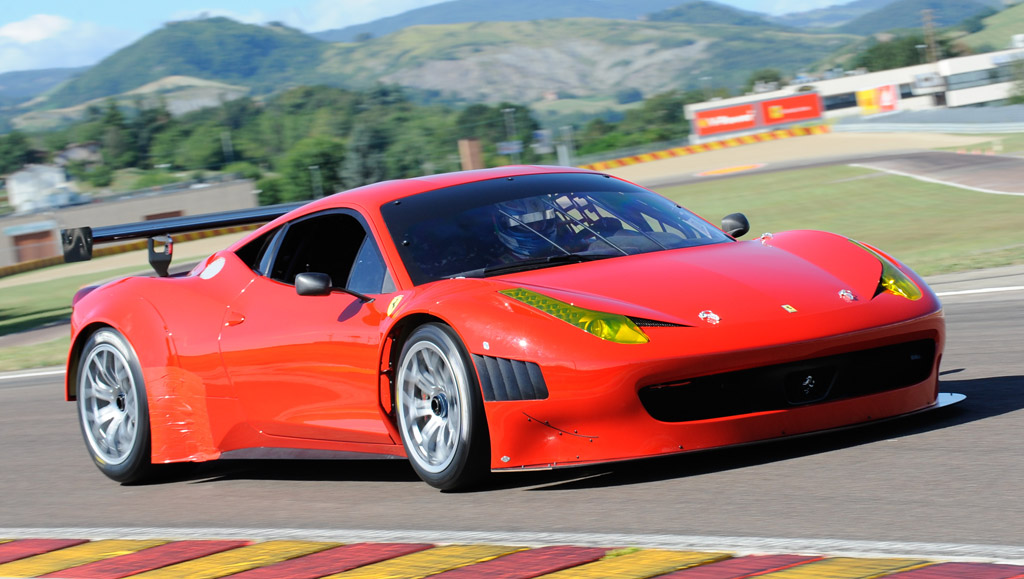 It’s official. Ferrari will be competing in the 2012 FIA GT1 World Championship.

The announcement was made by Stephanel Ratel, the founder and CEO of SRO Motorsports Group, the official organizer of the FIA GT1 World Championship.

Two GT1 race cars based on the Ferrari 458 Italia will compete in the series, though the identity of the team running the Ferrari racers won’t be revealed until later this week.

With the announcement of the new Ferrari GT1 race car based on the 458, the stunning supercar is now available for competition use in a number of different categories including GT2 and GT3 classes in endurance racing, as well as the Ferrari Challenge and Grand-Am races.

Ferrari joins Audi (Team WRT), BMW (Vita4One), McLaren (Hexis) and Mercedes (All-Inkl.com Munnich Motorsport) in an impressive lineup for the 2012 FIA GT1 World Championship. Additional teams are poised to announce their participation in the near future.

"The addition of Ferrari to the 2012 lineup makes for a mouth-watering array of supercars racing in one world championship," Ratel said. "The Ferrari team brings to five the number of confirmed teams and we are in advanced talks with a number of other teams. For reasons of confidentiality, we are respecting the wishes of those teams to announce their participation in their own time."

Italian tire manufacturer Pirelli has also been announced as the official tire supplier for the series.