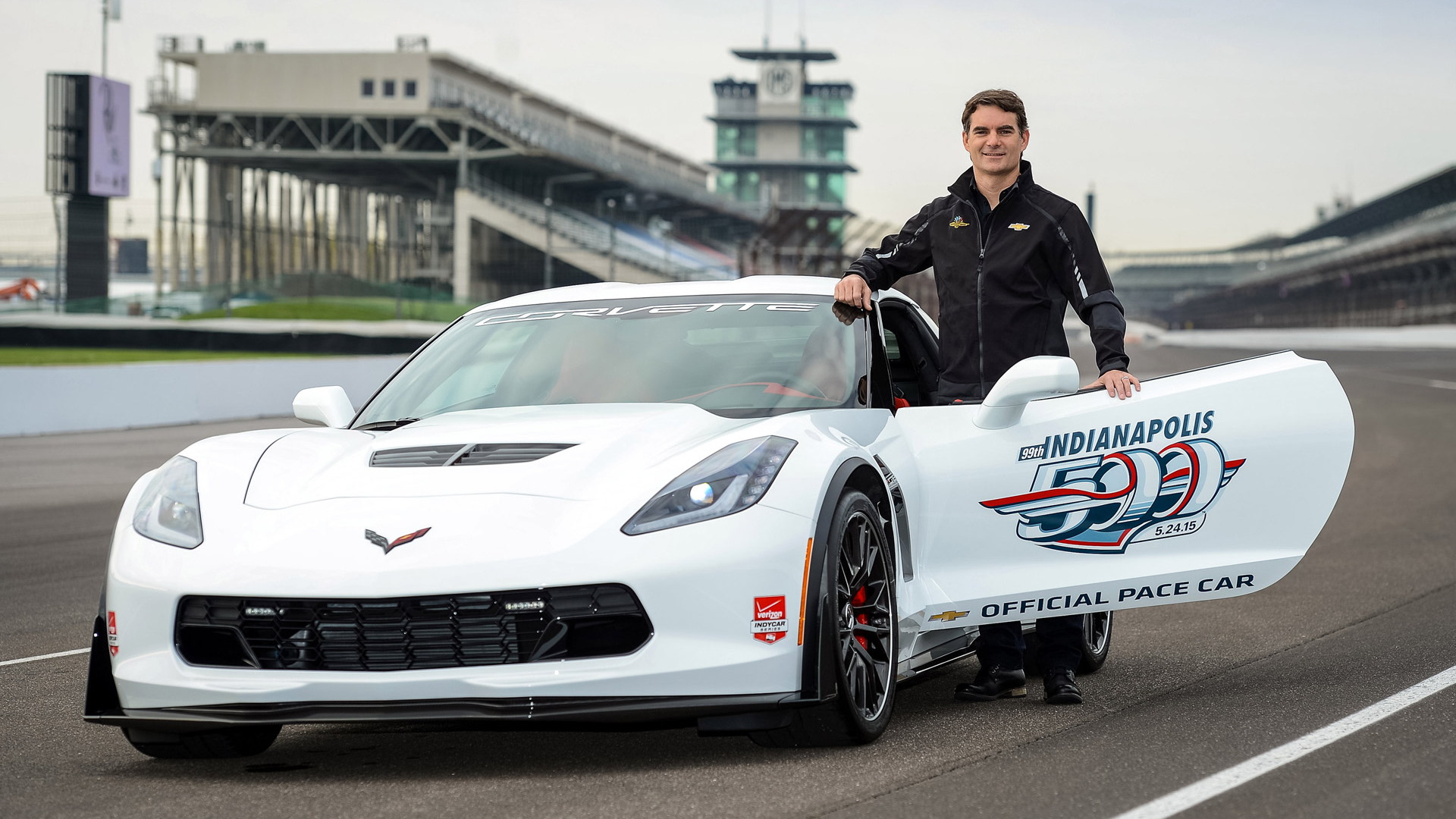 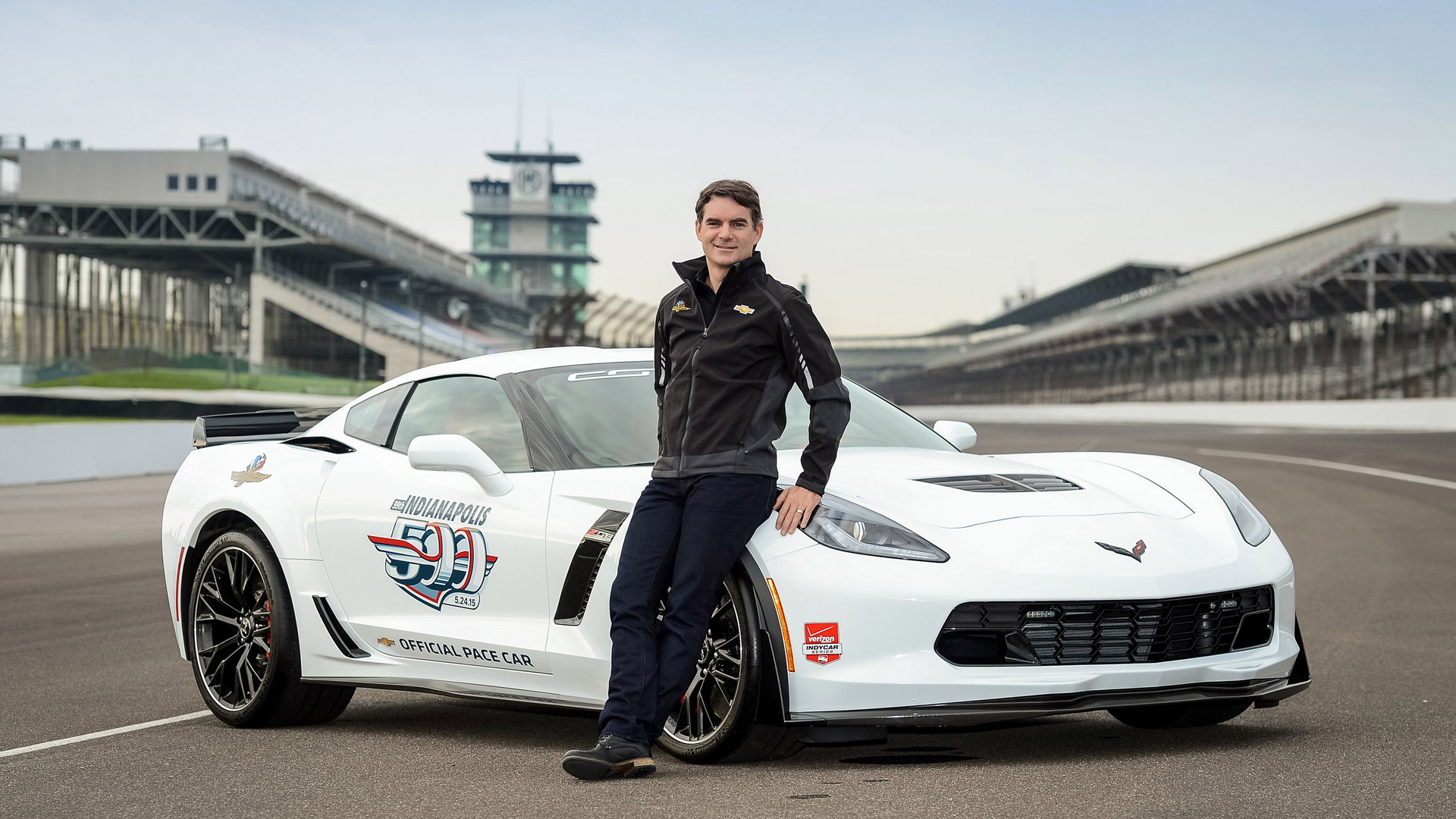 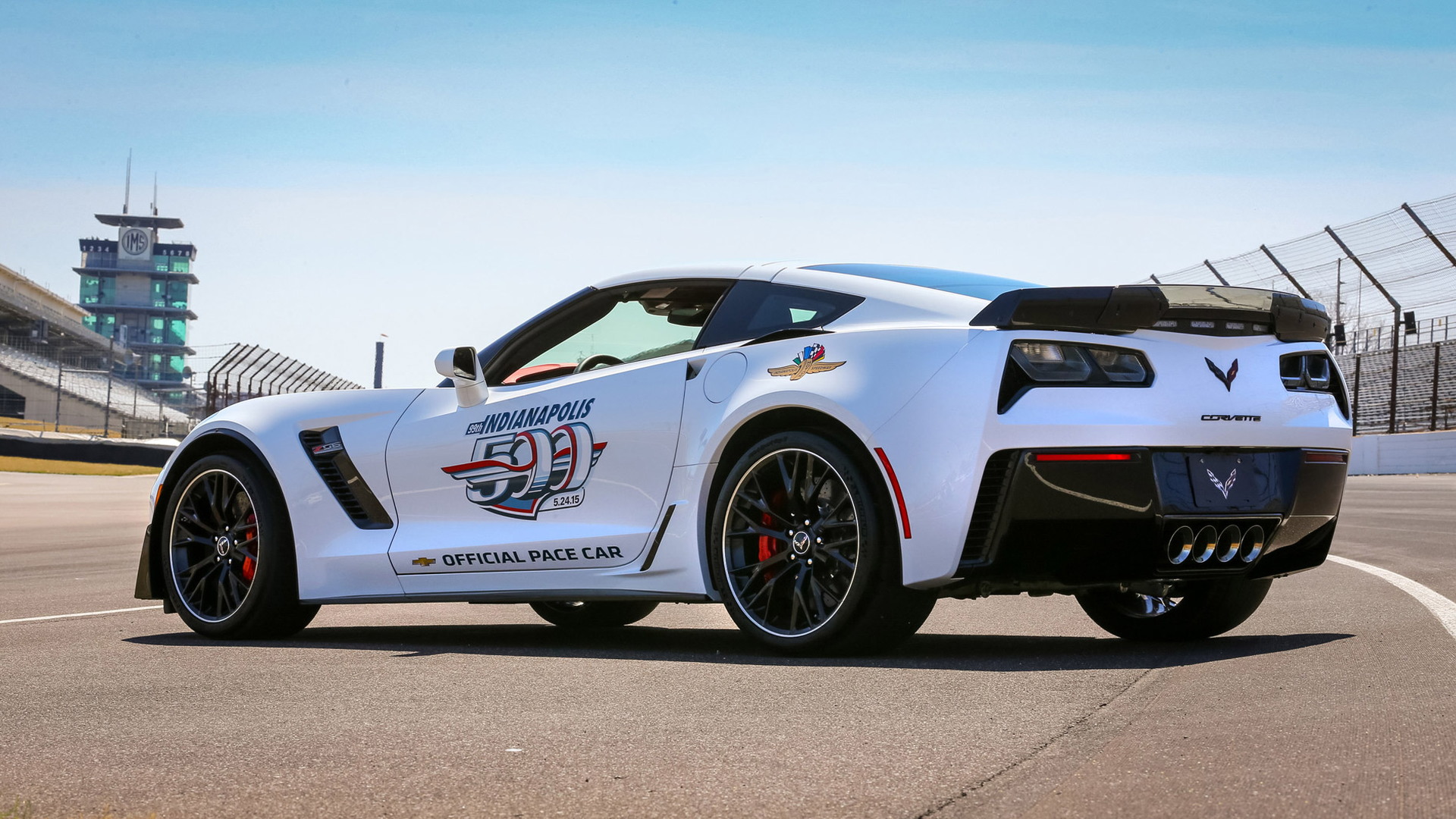 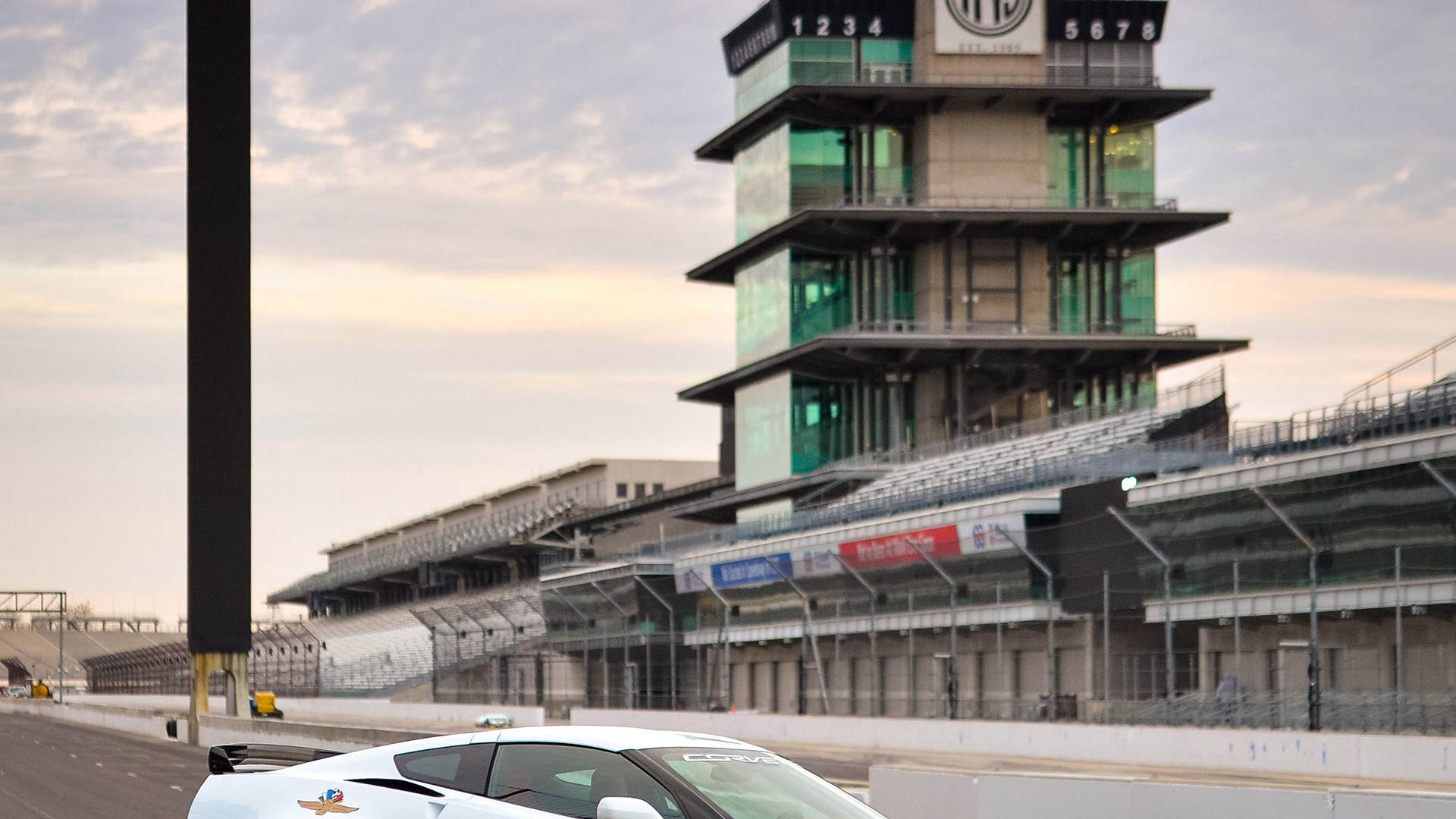 NASCAR’s Jeff Gordon isn’t racing as much as he used to but the four-time Sprint Cup champion will be at next month’s 2015 Indianapolis 500, where he’ll be behind the wheel of a Chevrolet Corvette Z06 pace car. This will be the 13th time a Corvette has served as the official pace car, dating to 1978, and the 26th time that a Chevy has done the duty.

Gordon, who was born in the state of Indiana, is no stranger to the Indianapolis Motor Speedway. In 1994 he won the inaugural Brickyard 400, the first-ever NASCAR race at the Brickyard, and has visited the winner’s circle there four more times. That makes him one of only two five-time winners at the track. The other is Michael Schumacher, who won five Formula One races there.

With its supercharged 6.2-liter V-8 developing a peak 650 horsepower, Gordon’s Corvette Z06 pace car should have no trouble keeping in front of the race field. It’s fitted with a seven-speed manual transmission and has a combination of a white exterior and red cabin. Only its unique Indy graphics package and safety strobe lights will distinguish it from a stock Z06.

“Indy is hallowed ground for racers like me and I couldn’t be more thrilled to drive the Corvette Z06 pace car around the track that helped drive my success over the years,” Gordon said in a statement. ”The Indianapolis 500 is one of the most celebrated races of the year and an event I always dreamed of racing while growing up in California and in nearby Pittsboro.”

The 2015 Indy 500 takes place May 24 at the Indianapolis Motor Speedway. It will be the event’s 99th running. Andretti’s Ryan Hunter-Reay is the defending champion.