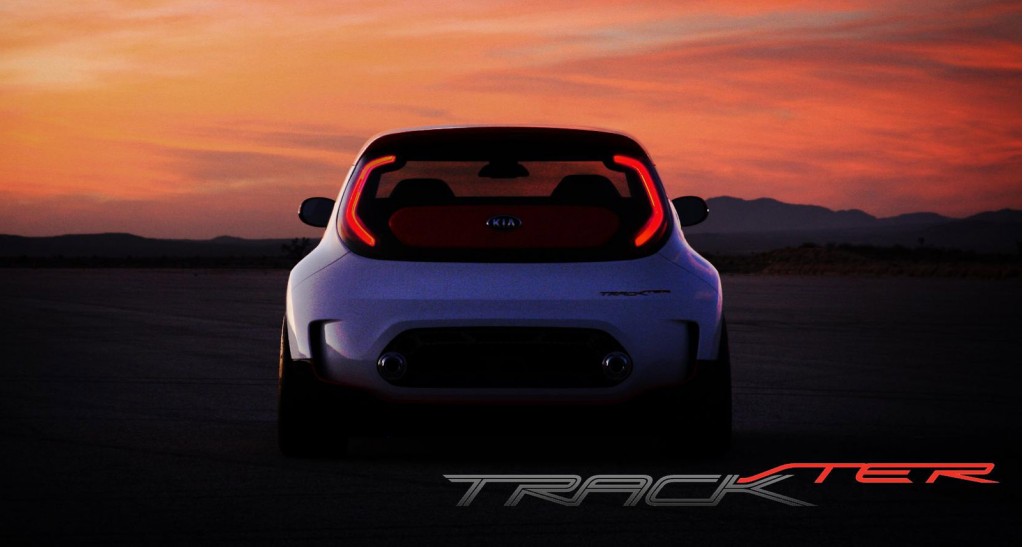 Kia is preparing to wow audiences at this month’s 2012 Chicago Auto Show with a new hot hatch concept based on its popular Soul.

A second teaser for the new concept, which will go by the name Kia Track’ster, has been released today, revealing the rear end of the sporty three-door hatchback's body.

Kia describes the vehicle as being the “ultimate performance” Soul, and compared to the regular Soul hatchback on which it’s based it certainly looks that way.

The concept will showcase Kia’s evolving design language, which on recent unveilings like the new Forte and GT Concept has been seen to take a much more aggressive look with sharper and more prominent lines as well as sportier proportions.

No word on what drivetrain is lurking under the new body though our best guess would be the newly-developed Gamma Turbo GDI engine found in sister company Hyundai’s 2012 Veloster Turbo. The tiny 1.6-liter four-cylinder packs a powerful punch thanks to its combination of turbocharging and direct-injection technologies, scoring an official rating of 201 horsepower.

Look out for the Kia Track'ster Concept’s unveiling at the 2012 Chicago Auto Show in just a few days, and stay tuned to our dedicated show page for all the latest updates. 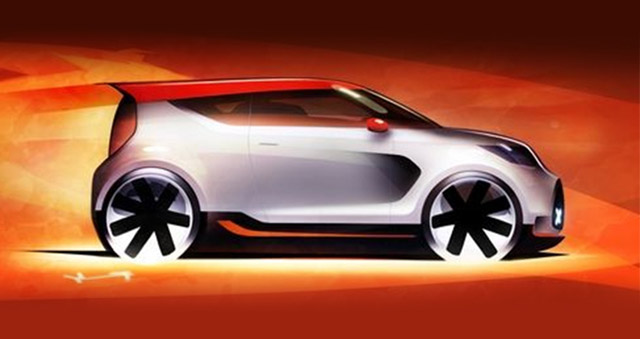