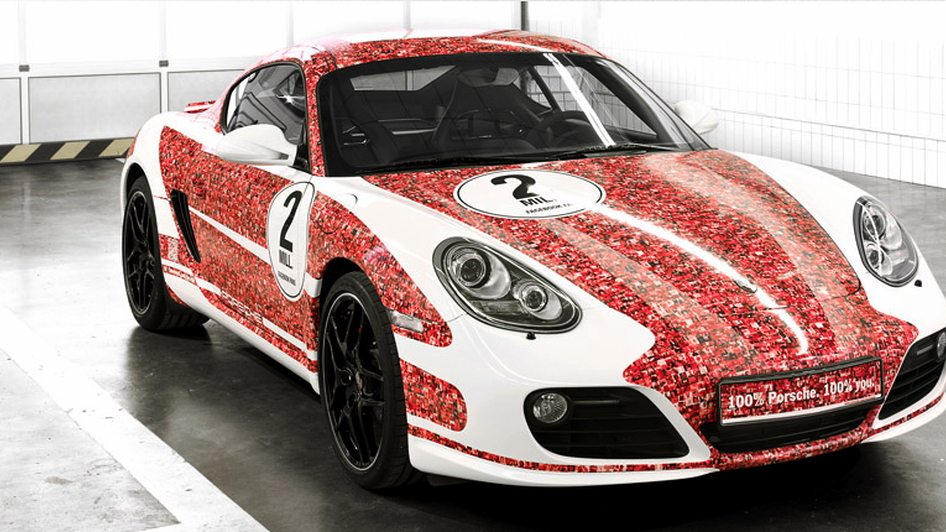 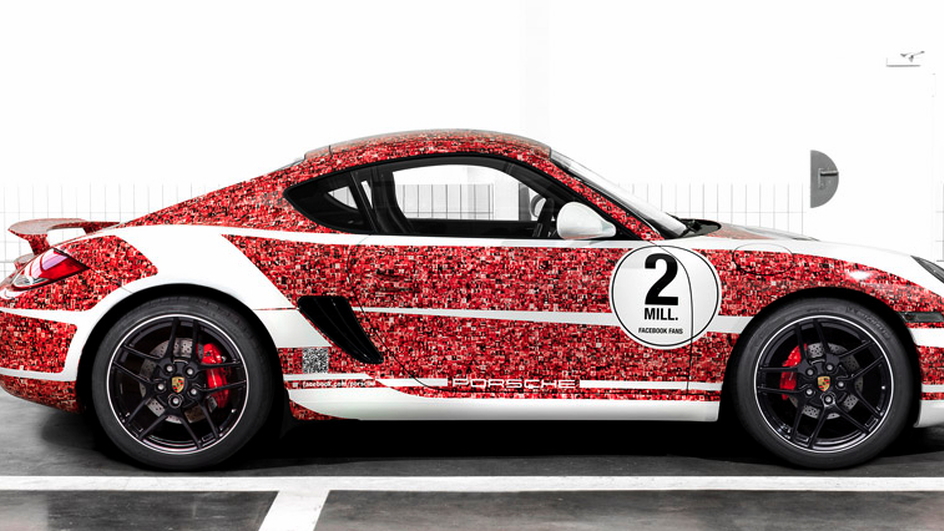 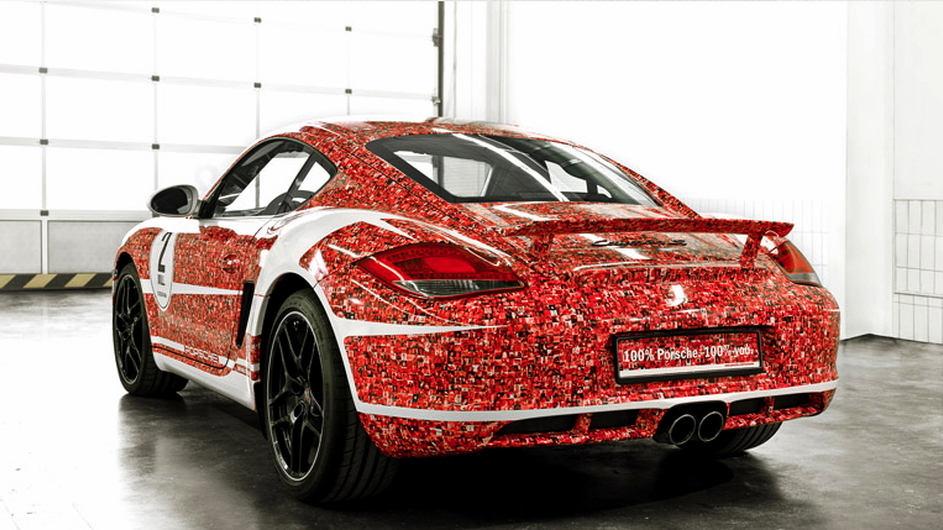 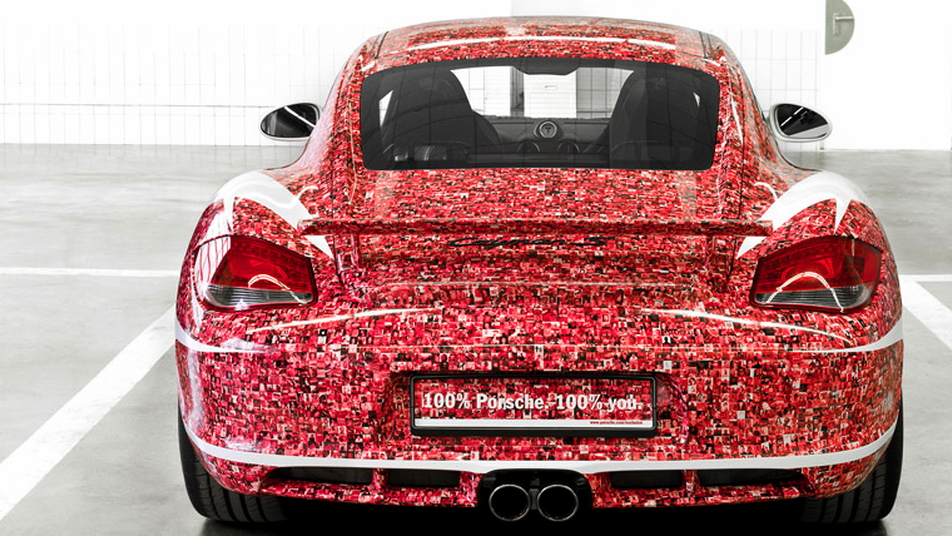 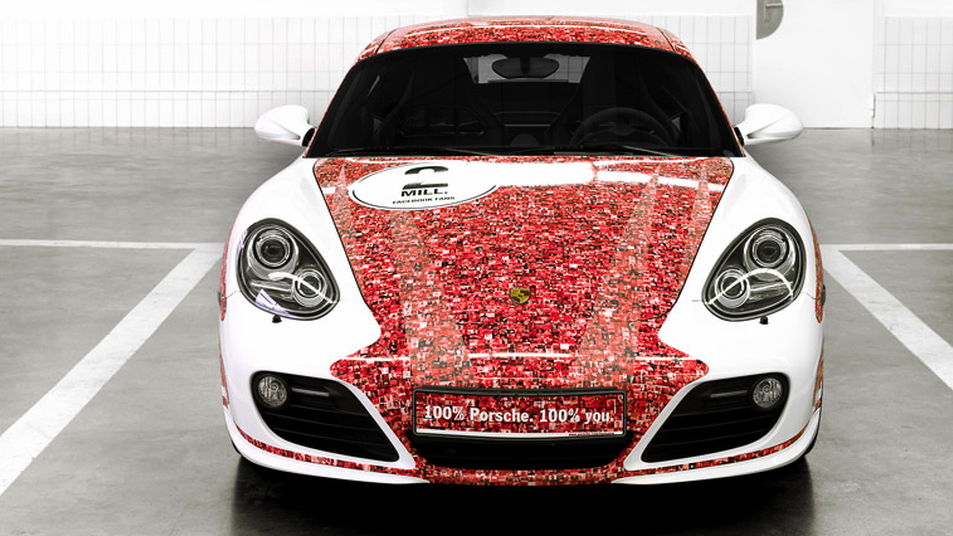 To commemorate the event, the automaker created a special exhibit at its Stuttgart museum, featuring the 911 GT3 R Hybrid adorned with the names of some 27,000 Facebook fans.

Less than a year later, Porsche has now topped the two million fan mark on Facebook, and it’s celebrating the achievement with a specially-painted Porsche Cayman S. Sprayed with a base of white, the car is adorned with the digitally recreated faces of all two million fans.

The images are tinted red, since the paint scheme was meant to mirror the colors of the Porsche 917 K that first won at LeMans. The paint scheme was chosen by Porsche’s Facebook fans as their favorite racing livery, and seems like a fitting way to commemorate its latest achievement.

says the car will be displayed at the Porsche Museum until January 27. If you can’t make it to Stuttgart, Germany by then and still want to search for your image on the car, Porsche has a microsite that gives a 360-degree view of the car. It's got a search and zoom function, too, so if your face is on the car, Porsche will show you exactly where.