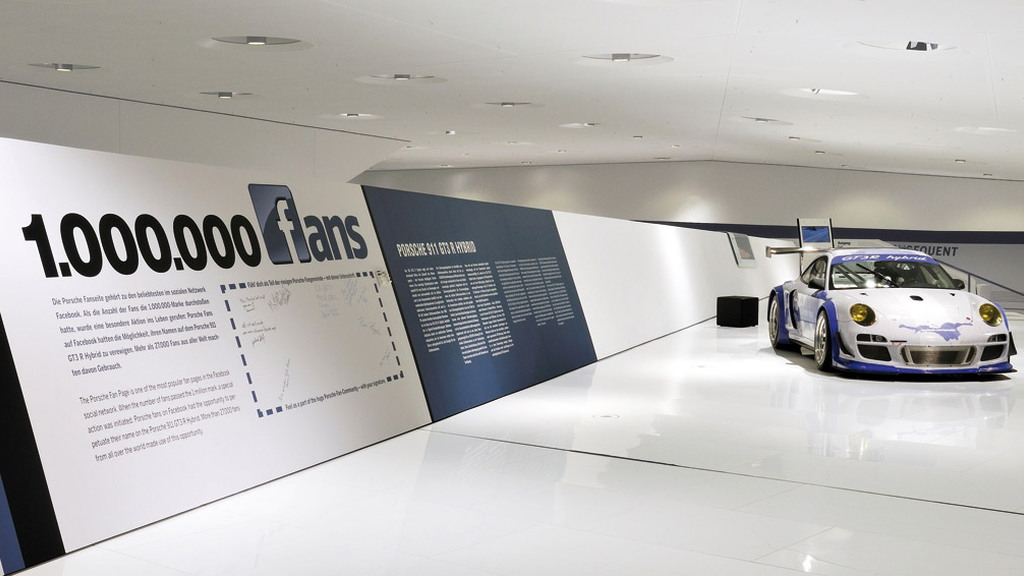 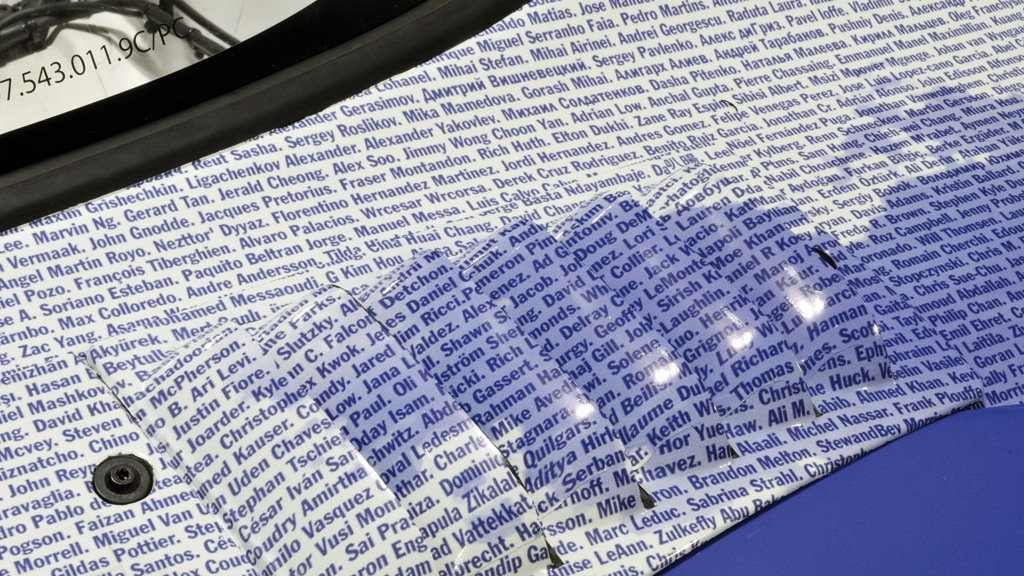 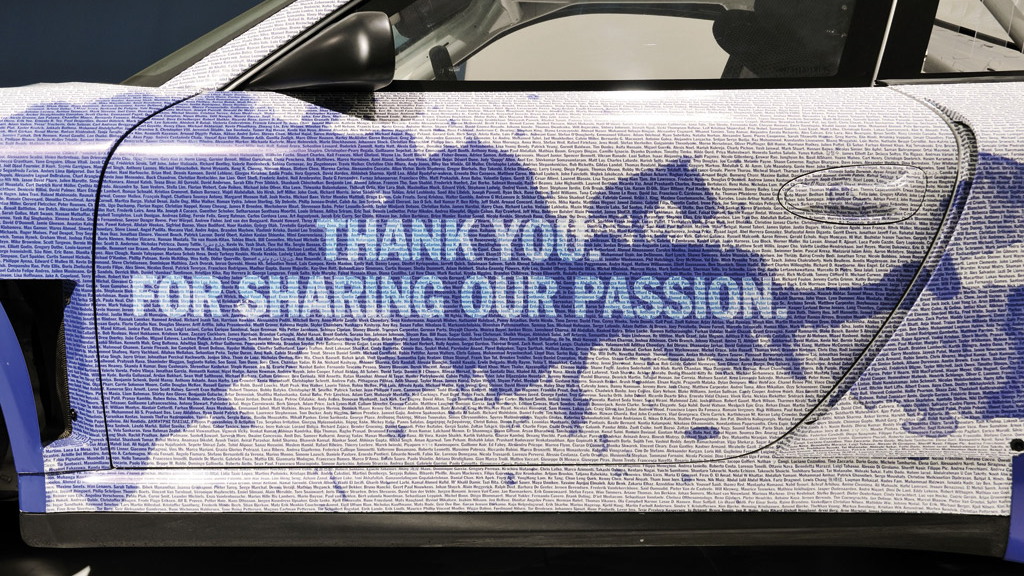 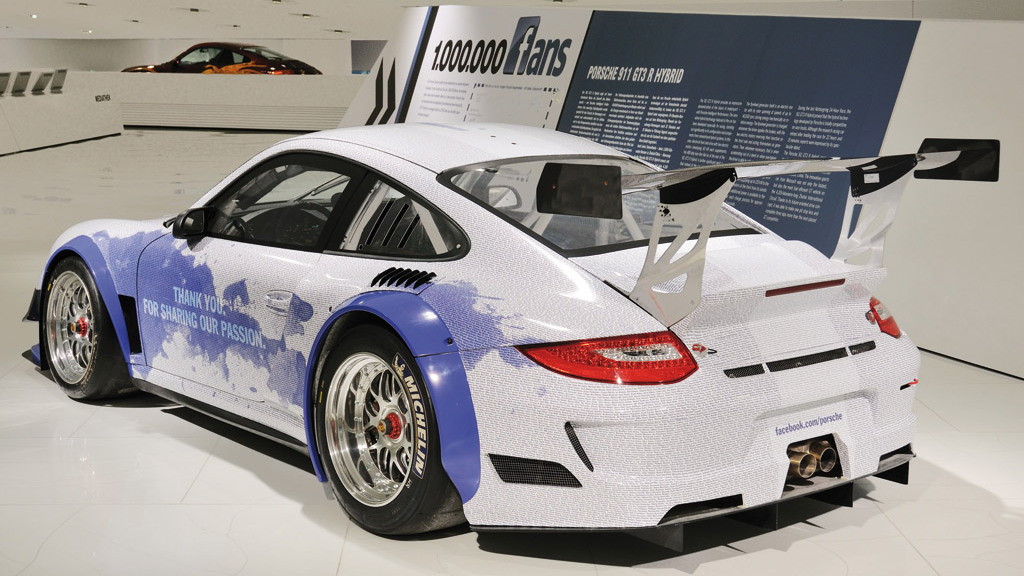 10
photos
As we first reported on sister site SocialCarNews, Porsche’s fan community on Facebook added its one-millionth fan at the turn of the year and in doing so set a new record for an automaker’s corporate page on the popular social network.

Reason enough for Porsche to thank its fans with an exhibition showcasing a unique model at the Porsche Museum in Stuttgart, Germany. This week Porsche presented a special example of its 911 GT3 R Hybrid racing car adorned with the names of more than 27,000 of its Facebook fans.

The 911 GT3 R Hybrid was chosen for this campaign because it embodies the future of the brand, both in motorsports and eventually production.

As for how Porsche managed to acquire so many fans; the majority came organically, though Porsche did run one small ad campaign. The campaign resulted in less than one percent, or about 11,123 of the current one million plus fans. Interestingly, around 40 percent of Porsche’s fans are active users and engage on the page on a regular basis.