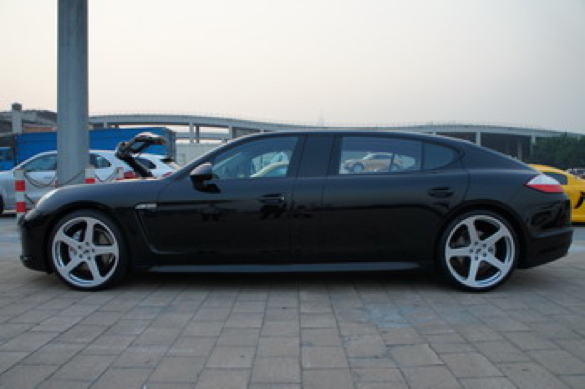 The Chinese market is a significant one for Porsche, accounting for more than half its sales in Asia. Last year Porsche delivered 24,340 vehicles in China, representing an increase of nearly 65 percent from 2010.

While Porsche offers a variety of vehicles, ranging from roadsters to SUVs to full-blown supercars, it lacks a long-wheelbase Panamera model to compete with the likes of the BMW 740iL and the Audi A8L.

Since Porsche doesn’t offer such a model in China, Porsche tuner Ruf now does, according to Autoblog. Dubbed the Ruf Panamera XL, the car is based on a V-8 Panamera S, stretched nearly 16 inches, with the wheelbase growing by just over 14 inches.

Porsche is keeping a close eye on Ruf XL sales, since if the model proves popular a Zuffenhausen-built stretch Panamera is a distinct possibility in the not-too-distant future. Whether that’s good news or bad news is entirely up to you.