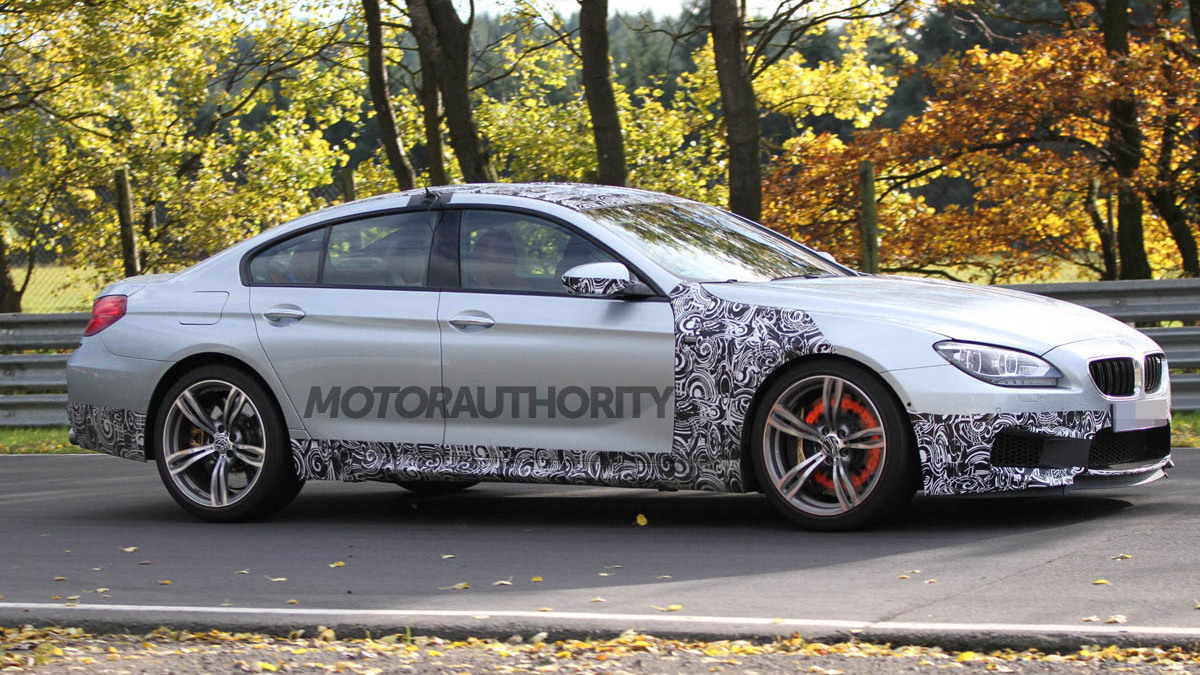 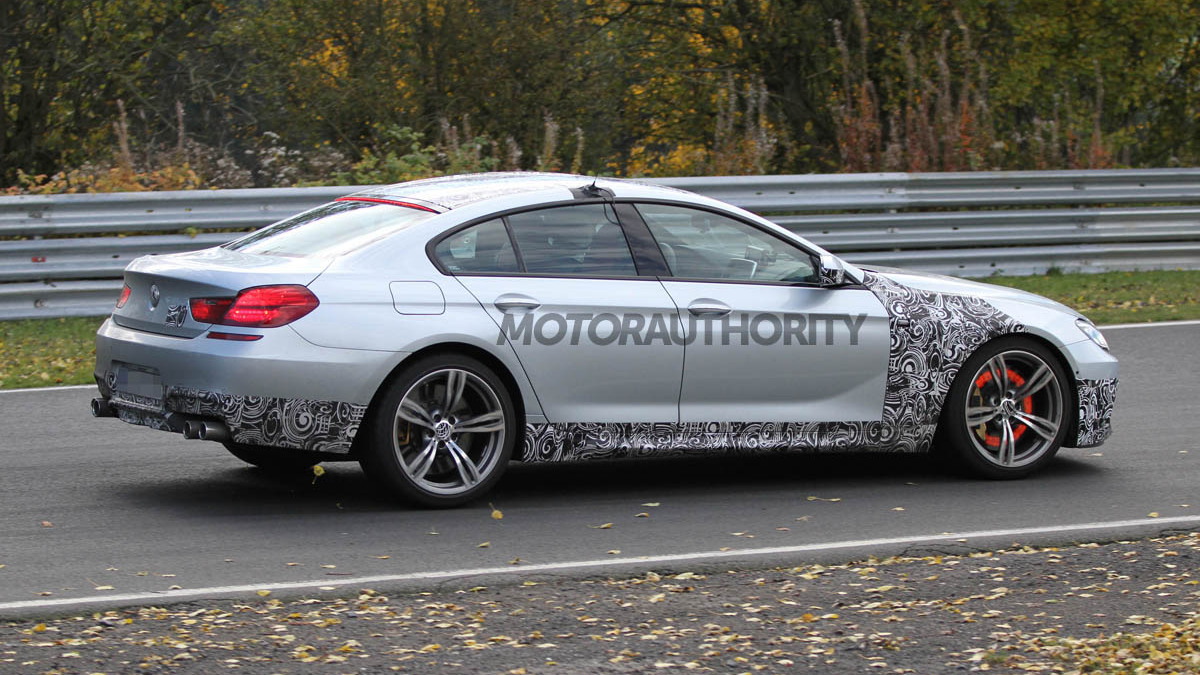 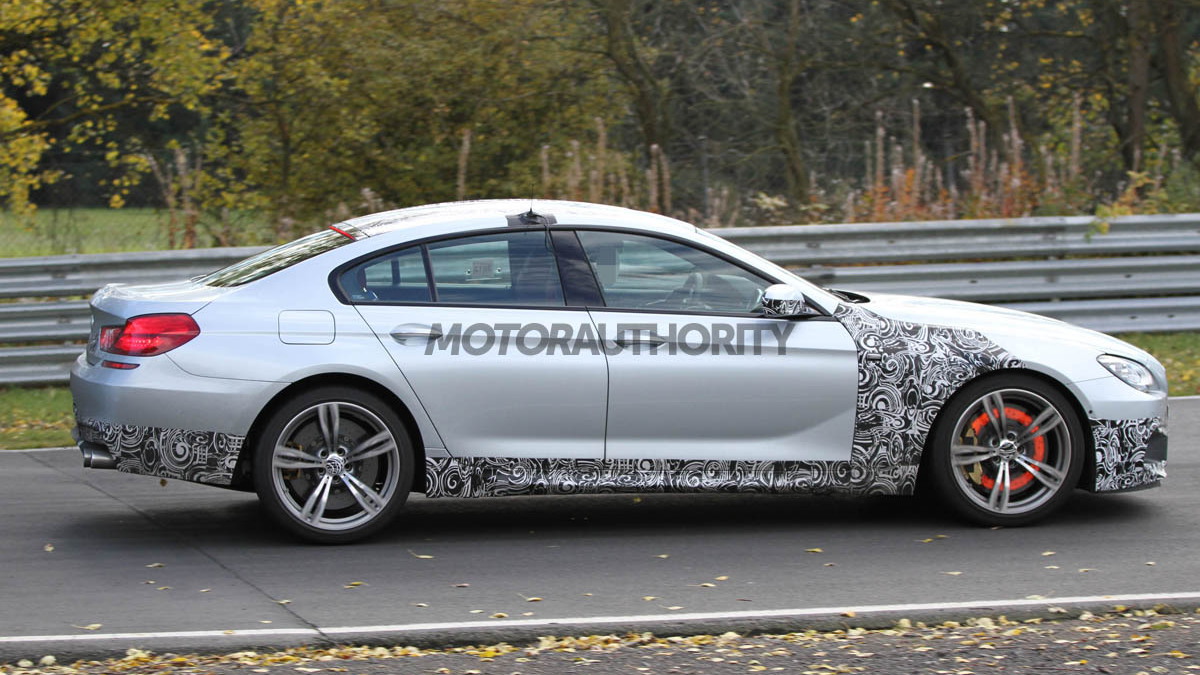 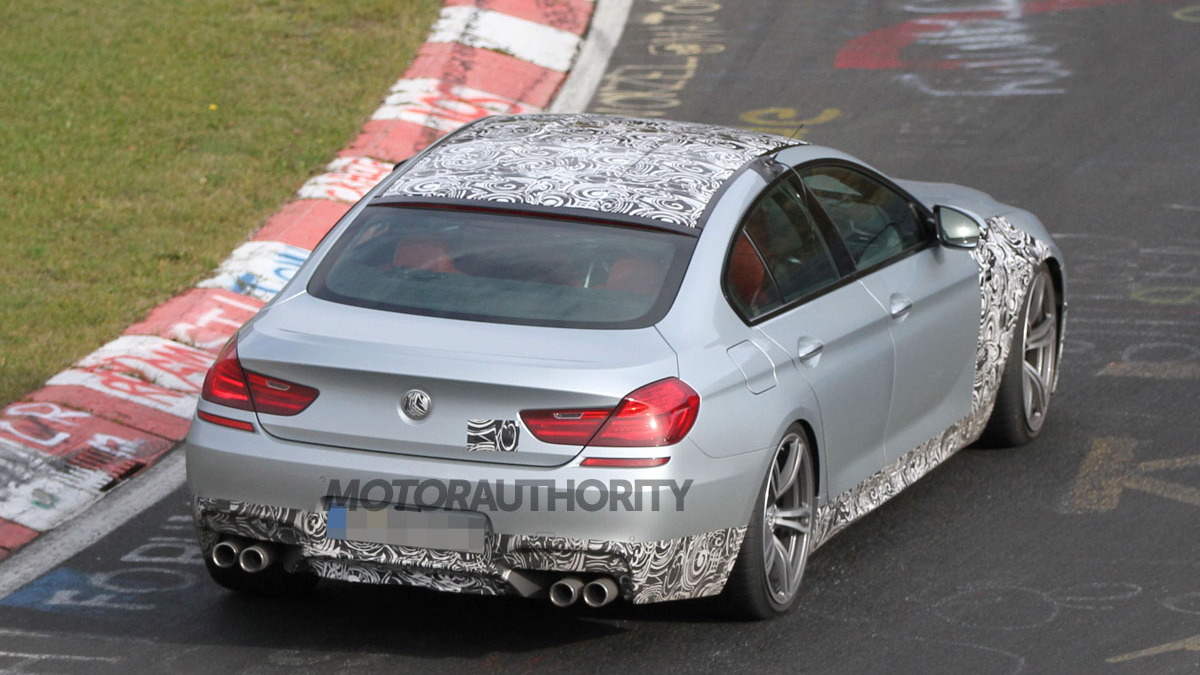 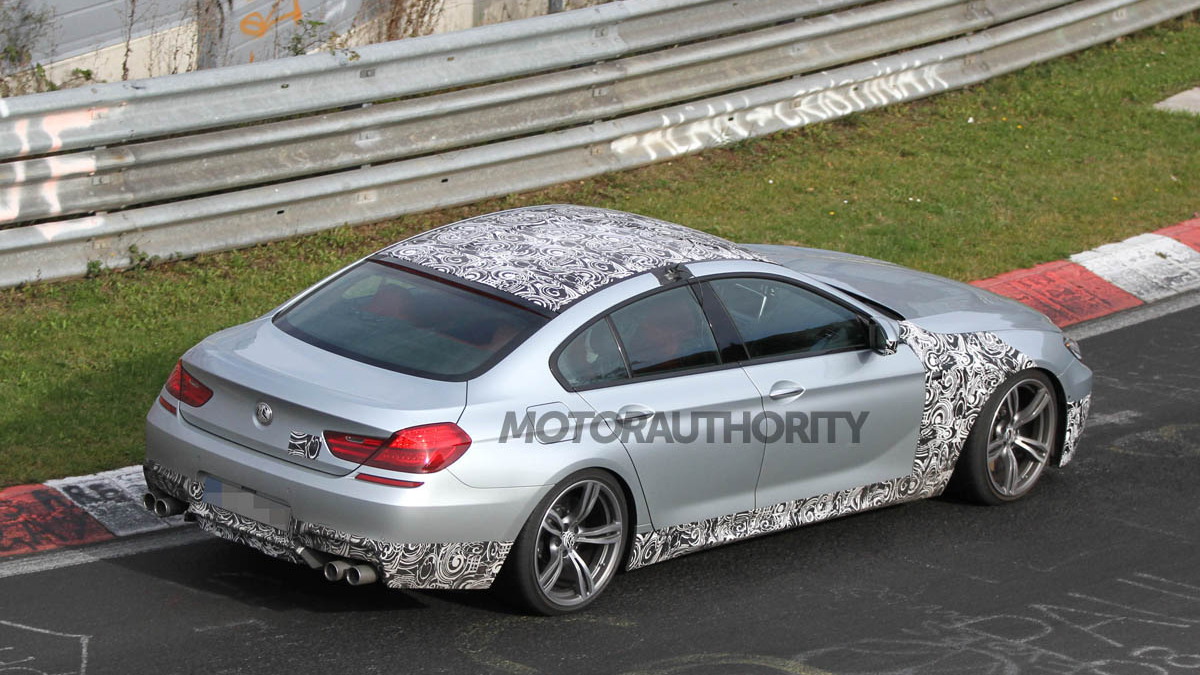 40
photos
No, this isn’t a regular 2013 6-Series Gran Coupe equipped with its M Sport package.

Rather, it’s a fully-fledged M version of the new four-door coupe, spotted testing by one of our sleuth spy photographers on the Nurburgring, following up the last batch of photos from testing in Northern Europe.

Set for debut either very late this year or early next year, this M6 Gran Coupe is essentially a four-door version of the new M6 Coupe though with tuning differences for its slightly larger structure.

The car will target the Mercedes-Benz CLS63 AMG as well as an upcoming Audi RS7, which like the BMW is still in development.

Clear signs that this is an M variant of the stunning 6-Series Gran Coupe are the quad-exhaust tips, aggressive bumpers, and upsized wheels and brakes.

As previously reported, the car should get the same M-tuned 4.4-liter turbo V-8 found in the 2013 M5, with output capped at the same 560 horsepower.

If that proves true, it could put a bit of a squeeze on the M5, or it may appeal to an entirely different segment of the high-performance luxury sedan market. BMW has been slicing the gaps between its model line ever thinner for years now, to no obvious ill effect, so perhaps it will form its own niche.

At any rate, the new M6 range is expected to use BMW's familiar seven-speed M DCT dual-clutch gearbox to route power to the rear wheels, allowing for 0-60 mph acceleration in the low-four-second range.

Unfortunately, we'll have to wait until early next year to see the M6 Gran Coupe on dealer lots. In the mean time, we can enjoy the M6 Coupe.