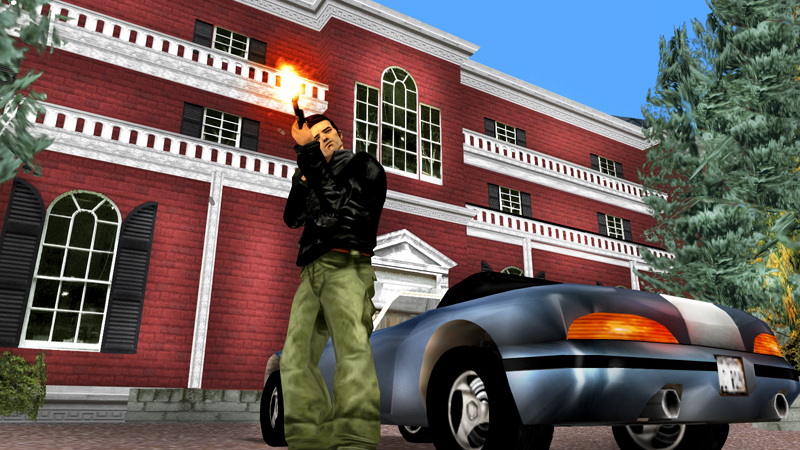 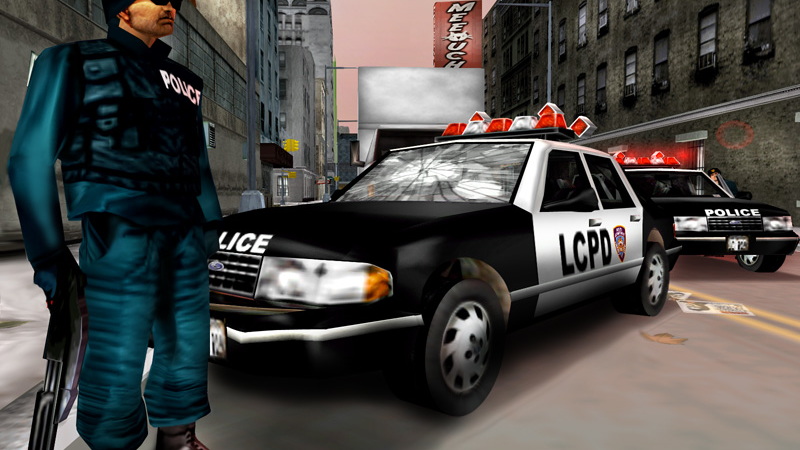 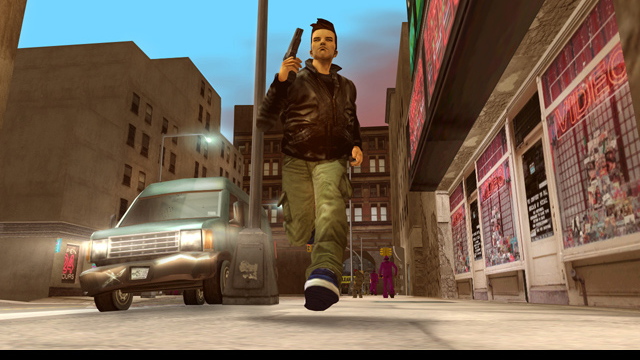 Ten years might as well be ten aeons in the game industry, such is the pace with which technology progresses.

It takes a rare title to transcend the huge developments in graphics, game engines and hardware that a decade brings. We're pleased to confirm to you that Grand Theft Auto III, 10 Year Anniversary is one of those games.

From small but controversial beginnings the Grand Theft Auto (GTA) series has become one of the gaming industry's biggest franchises. GTA III is the game that cemented the series' place in gaming history.

With the newly three-dimensional Liberty City, GTA III gave gamers access to a living, breathing world where the structure of a storyline was only a small aspect of the game's appeal.

Of course, it caused controversy, but anyone who plays the game for more than five minutes will tell you that it's about more than beating up prostitutes and mowing down queues of pedestrians, and you're never above the law when you do so.

We played GTA III on the iPhone. Naturally, after being so used to playing GTA games on a full console with a joypad, the controls take a little more time to get used to.

Driving controls are very similar to any other iPhone driving game. Gas and brake are below your right thumb, with left and right under your left thumb. When armed with a drive-by weapon, there's a left/right button above the steering, and above the gas and brake are buttons for the E-brake and leaving your car.

On foot, the left thumb controls movement by holding down and directing your character as you would with an analogue stick. Your right thumb handles sprinting, jumping and firing, which can be done on the move and automatically locks on to your nearest foe.

It all works pleasingly well, given the potential complications. The controls are responsive - maybe a little over-responsive in some cars, making sneaking through traffic tricky - and the auto-lock with weapons works far better than it ever did on the PlayStation.

Other controls, such as changing the in-car radio station, switching weapons or looking around, are handled by swiping your finger on the relevant area of the screen.

With the controls mastered, you can start to appreciate the world of GTA on a smartphone.

It's remarkable to think that a decade ago it took a PS2 to render Liberty City, yet now you can carry it around in your pocket. It doesn't feel like too big a game for smartphone either, as saving your progress is as easy as ever.

If we were to guess, we'd say that the gameplay has been changed a little from the original. We were surprised how easily some of the missions could be completed. Whether that points to our hundreds of hours experience in subsequent GTA games or efforts to make the game a little less tricky for smartphone users we're not sure, but it definitely makes the learning curve shallow and should help keep casual gamers interested.

We also liked the ease with which a failed mission could be restarted. No longer must you re-load your game or travel back to the start of a mission. Should you fail, an option immediately comes up on the screen, offering a re-start. It adds an accessibility that hasn't been present in any previous GTA.

This is of course a car website, so how do the cars drive?

Not bad, is the answer. As above, there's a novelty to having the whole of Liberty City in your pocket and even when not tearing around it you can sit back, enjoy the ride and listen to the radio stations, as you might on any GTA.

Handling hasn't been compromized too much in transition to smartphone. Some cars can feel a little twitchy thanks to the on-off nature of using virtual buttons, but not so much that every journey is an uncontrollable crash-fest. There's as much variety as ever, even so - from cars to trucks, limousines to ice-cream vans, and all feel distinctly different to drive.

On the iPhone 4's retina display, GTA III looks fantastic. Okay, so it no longer looks as pretty as it did ten years ago, and Vice City and San Andreas have made Liberty City look a little dull and dreary, but it's still a great-looking game.

If anything, it's better on iPhone than it was on the PS2, which is saying something. It looks more polished with few jagged surfaces making themselves known - much more like the PC version.

GTA III isn't perfect, but that's largely a result of the game's inherent imperfections than it is with the device you play it on.

The cartoonish nature of Liberty City means that some areas can be a little tricky for your car to traverse. We aren't just talking cliff faces, more gentle hills and crests, that send some vehicles into an unending hop from left wheels to right until you finally roll.

The controls can also freeze momentarily in some situations. Nothing triggers it in particular, but we suspect a certain combination of gas, brake and steering sometimes makes one of the trio unresponsive (and that's before you even drive the cars that lock their wheels, preventing you from steering while braking).

The biggest downside however is reserved for some Android users.

We've been hearing stories that the game refuses to even get past the title screen on some Android devices, so please check very carefully before spending your $4.99 that yours isn't one of the cursed phones. We're sure the problem is being worked on, but in the meantime, check before you download.

It may also be worth noting that for a game that goads you on to doing more and more missions, you'll quickly find your battery draining. Ours went down around 20 percent in around 30 minutes...

In the end, we've come away impressed.

Yes, it's a ten year old game and if you've played the original you won't strictly be getting anything new, aside from portability. But ten years ago or today, GTA III is still a seminal title with an engaging mission structure and a sandbox appeal, and it's still fun to play as a result.

That you can now take one of the world's most important games with you wherever you go is simply icing on the cake.