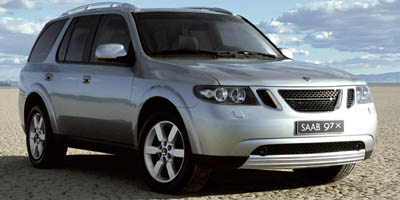 Earlier this week it was revealed that a mystery Chinese bank had stepped forward and offered to purchase a 50 percent stake in Saab, potentially saving the automaker from certain bankruptcy if the deal is approved.

To be approved, the deal would have to prove favorable to a number of different stakeholders including the shareholders of Saab’s parent company, Swedish Automobile, the Swedish and Chinese governments, and of course Saab’s former parent, General Motors, which still owns a portion of preferential shares.

It’s been reported today by Reuters that GM has rejected the deal.

"We have reviewed Saab's proposed changes regarding the sale of the company," GM spokesman James Cain said in a statement. "Nothing in the proposal changes GM's position. We are unable to support the transaction."

Like the previous deal to save Saab, which GM also rejected, the new one could still potentially hurt GM’s interests in China and other key markets, which the American auto giant cites as its main reason for blocking it.

GM currently licenses intellectual property to Saab, which is used in virtually every model in the Swedish automaker’s lineup. Without it, analysts predict Saab would be unable to operate in its current form.

In response, Swedish Automobile has announced that it has been informed that the court-appointed administrator of Saab’s reorganization, Guy Lofalk, will apply for a termination of the process.

Saab and its creditors, mostly suppliers, have approximately five to six days to submit their view to Swedish courts before a final decision about termination of the reorganization is made. The management of Saab is still considering future steps and remains in negotiations with Chinese firm Youngman about the necessary funding to pay wages and maintain a continuation of the reorganization process.

Stay tuned for an update but in the meantime click here to follow our ongoing coverage of Saab's woes.