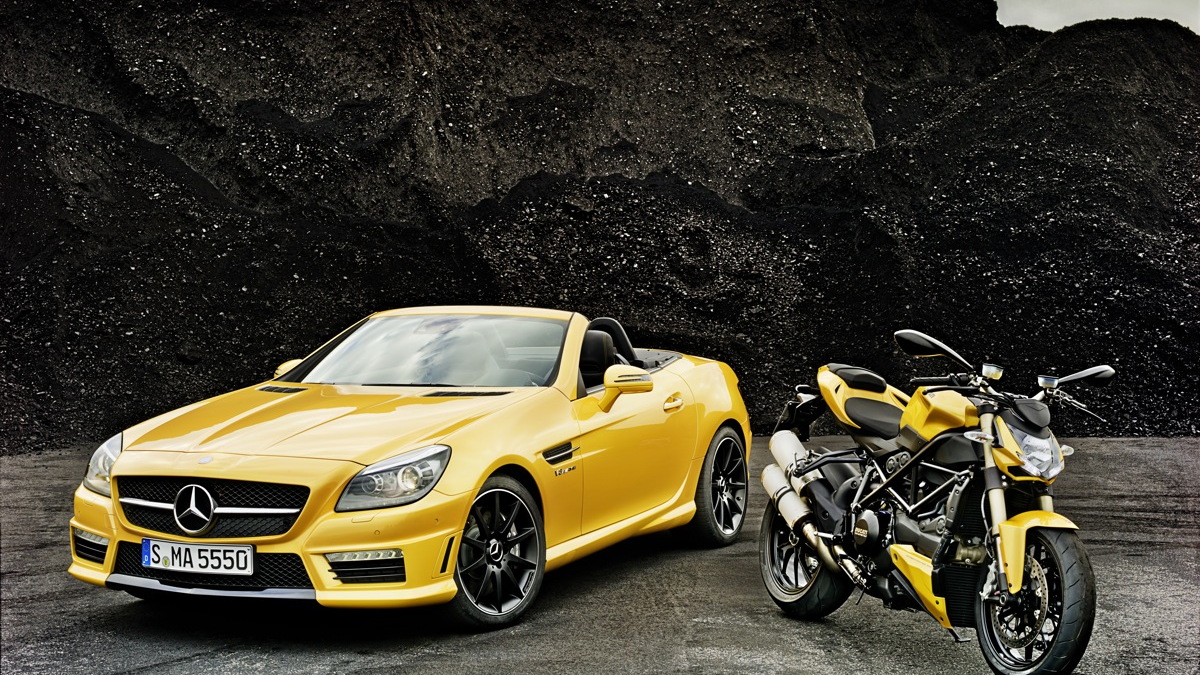 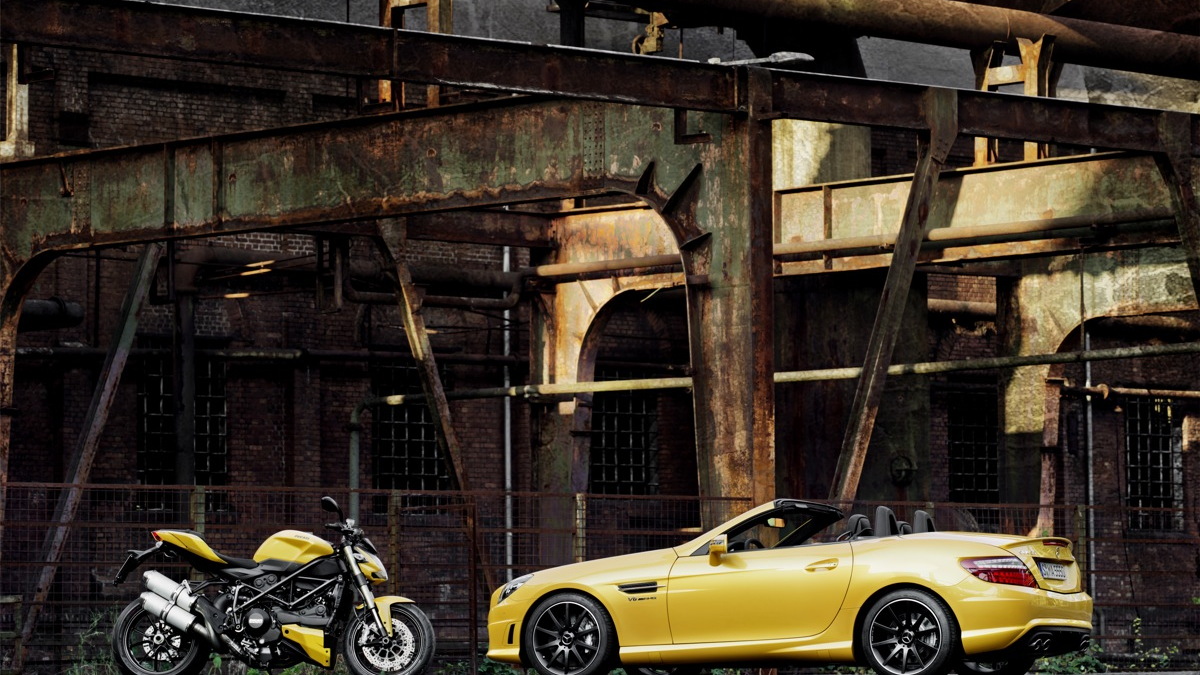 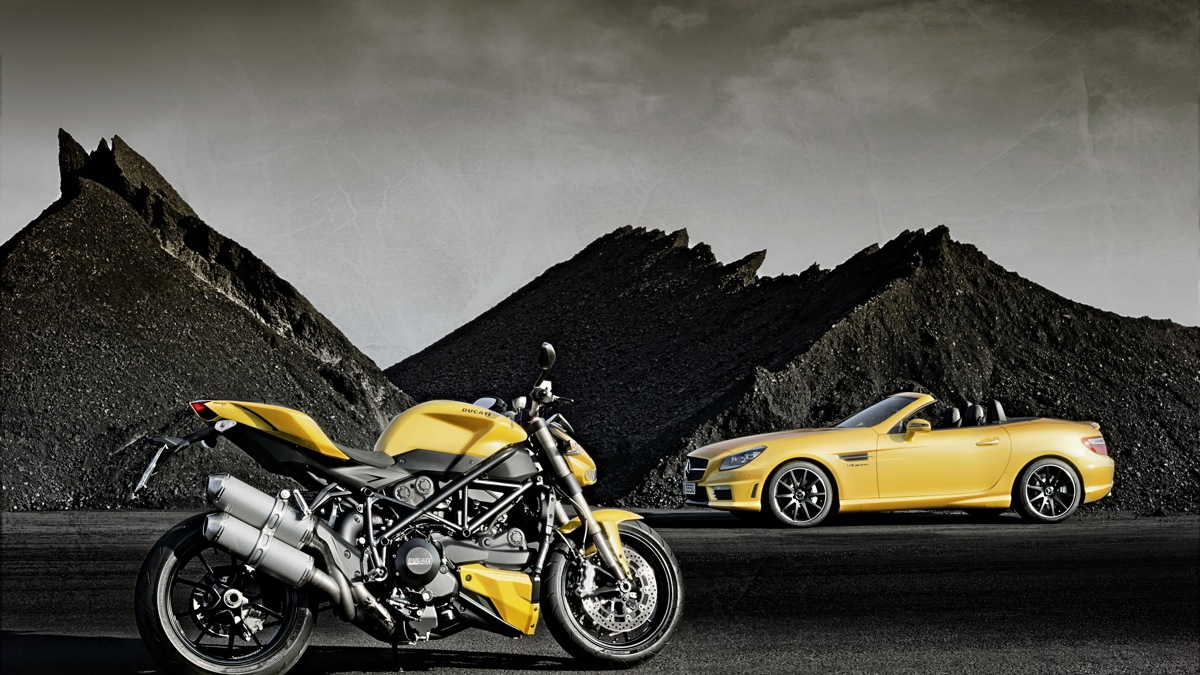 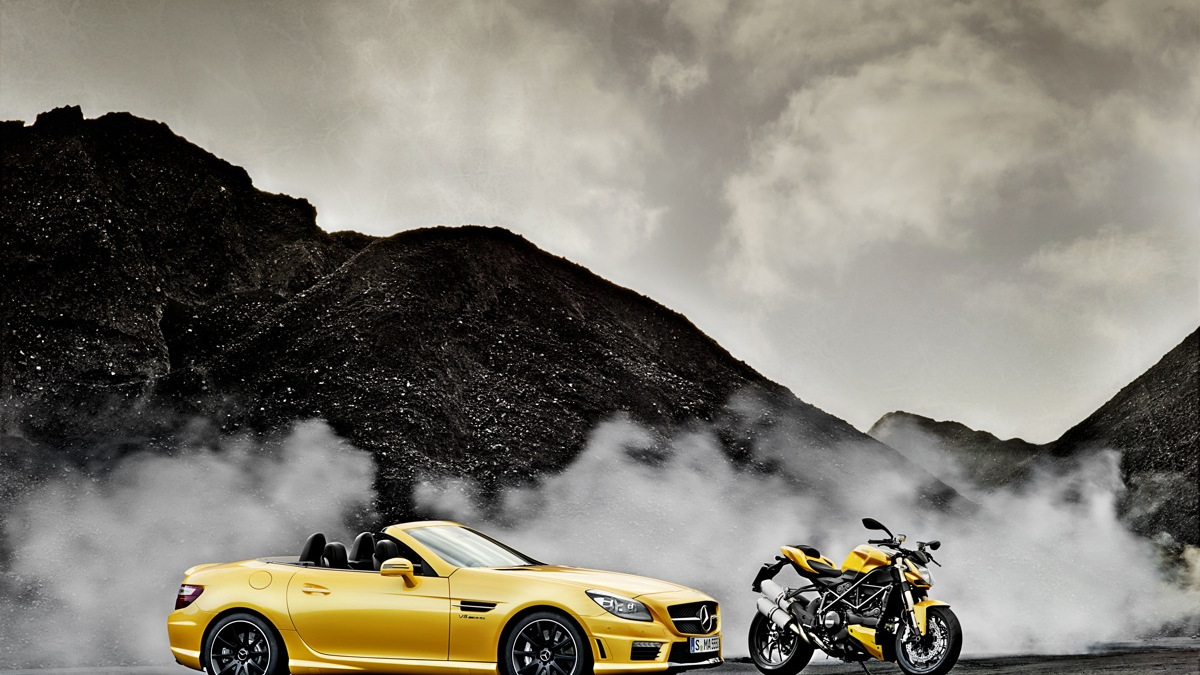 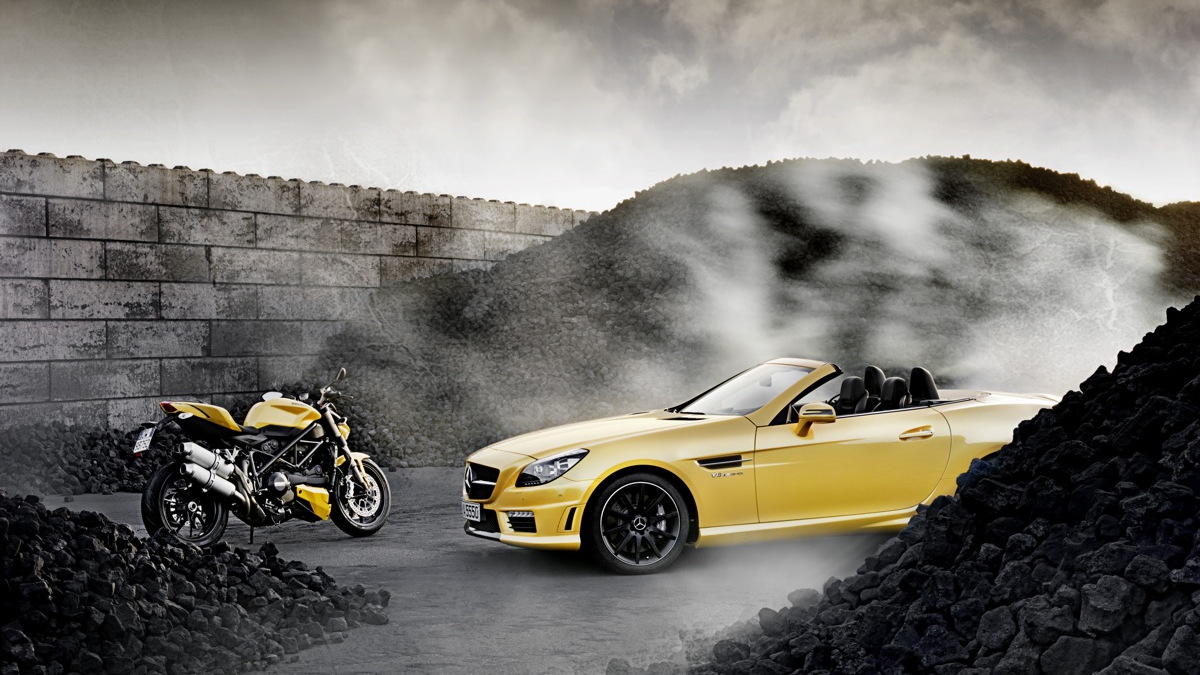 8
photos
During the 2010 Los Angeles Auto Show, automaker Mercedes-Benz announced a cooperative marketing relationship with motorcycle manufacturer Ducati. While it may seem a bit of an odd pairing at first, both are luxury brands targeting the discriminating customer.

Mercedes wants consumers to know that the partnership is alive and well, so it’s sharing exhibit space at the upcoming 2011 Bologna Motor Show with Ducati. Mercedes-Benz will highlight its latest SLK 55 AMG, while Ducati will show the new Streetfighter 848; both are finished in an identical paint hue called “streetfighter yellow.”

The SLK 55 AMG gets the distinction of being the most powerful SLK of all time, thanks to an AMG-tuned 5.5-liter V-8 that cranks out 416 horsepower and 398 pound-feet of torque. That’s good enough to get the roadster from 0-60 mph in just 4.6 seconds, on its way to a governed top speed of 155 mph.

Thanks to technologies like cylinder deactivation, the SLK still manages to return a respectable 28 mpg in combined fuel economy. However, this is based on the European test cycle, which tends to be some 20-percent optimistic compared to our own EPA testing.

We’re guessing the Ducati is quite a bit quicker, since it produces 130 horsepower and 69 pound-feet of torque, which is plenty considering the bike weighs in at just 439 pounds filled with gas and oil. While no one buys a sport bike just for its fuel economy, we’re sure it will beat the SLK here, too.

Since the signing of the marketing agreement between Mercedes-Benz and Ducati, the brands have collaborated on joint appearances in the U.S., China, Canada, Australia, Great Britain and throughout Europe. AMG is the official car partner of the Ducati MotoGP team, and the brand sponsors Ducati factory riders Nicky Hayden and Valentino Rossi.

In keeping up its end of the bargain, Ducati is in the process of switching its fleet of cars and trucks to Mercedes-Benz products.