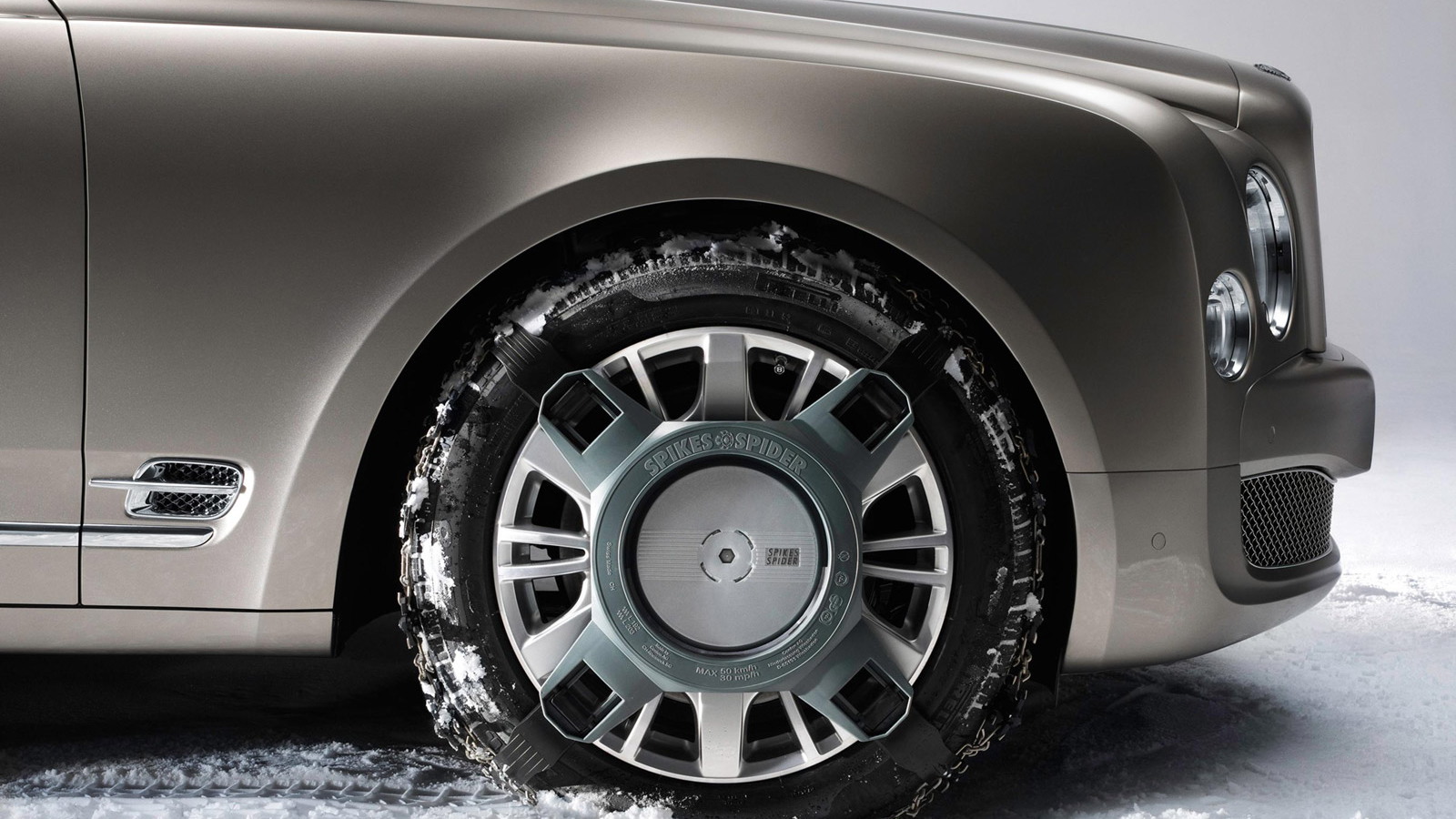 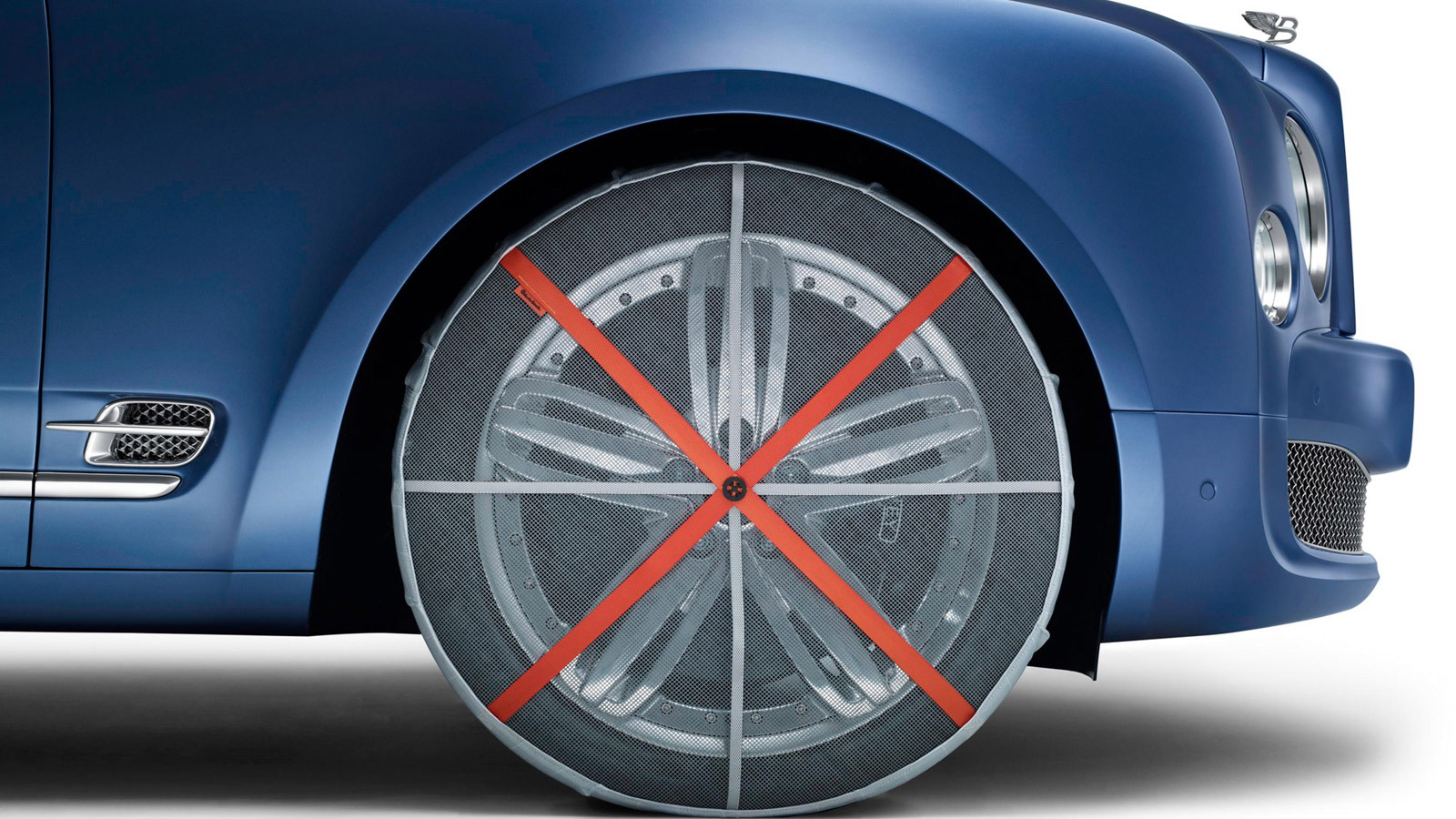 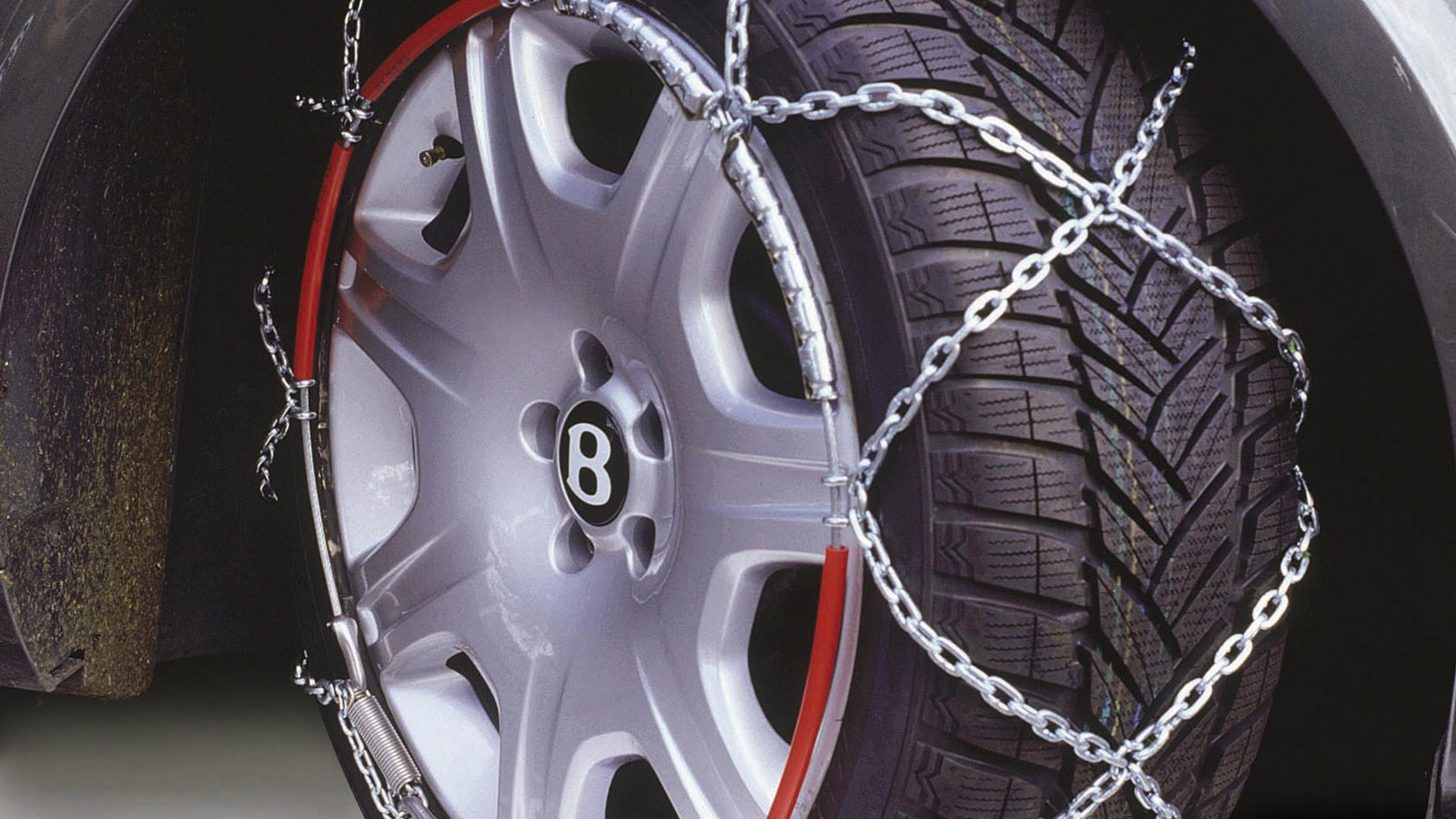 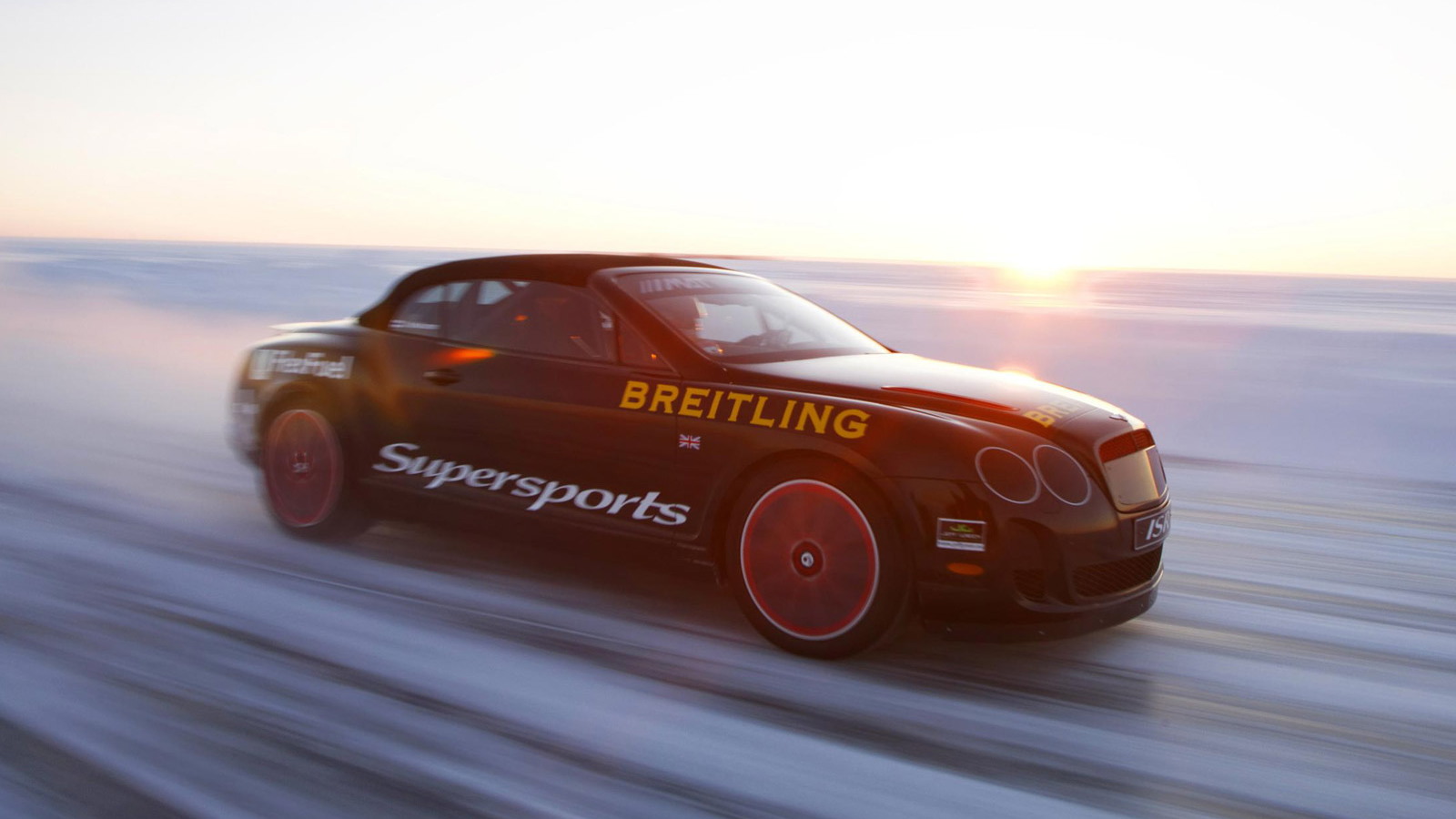 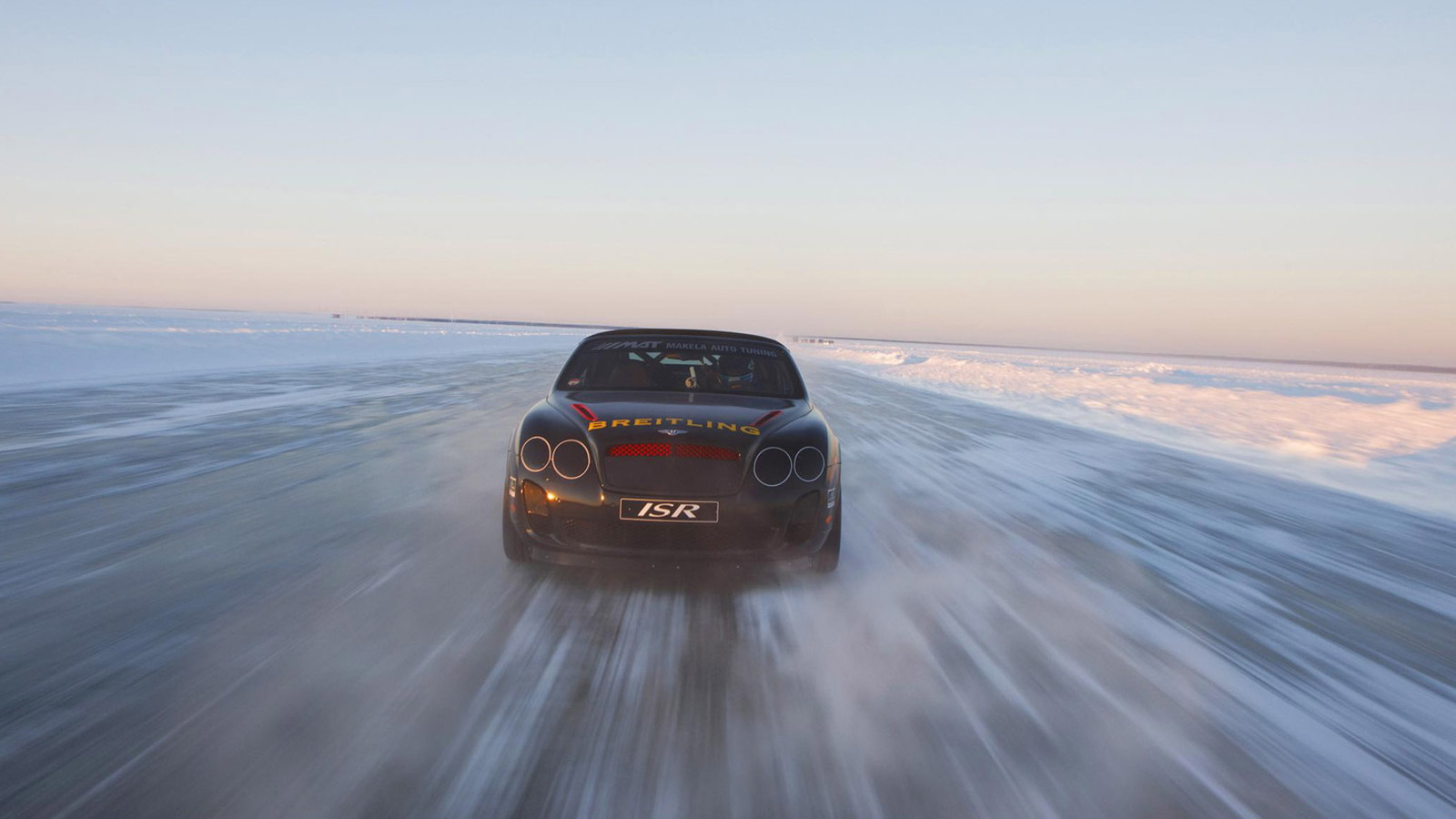 6
photos
Last winter Bentley set a world land speed record for driving on ice with its Continental Supersports managing to reach a top speed of 205.48 mph on the hazardous frozen waters of the Baltic Sea near Finland.

Not only was this a cool way to show off the prowess of the Bentley coupe’s road-holding abilities, it also allowed the automaker to test new cold climate accessories in some of the harshest conditions a driver could face.

Those accessories are ready for sale at authorized Bentley dealers, just in time for the winter season. They include the same winter tires as specified for the ice speed record-breaking Continental Supersports ISR, as well as tire socks and snow chains.

The winter tires are unstudded Pirelli Sottozeros and they are available in sizes ranging from 19 to 21 inches. In addition to the Continental GT and GTC, they are also available to owners of the Continental Supersports, Flying Spur and Mulsanne models.

The benefits of winter tires are not restricted to extreme winter conditions. At temperatures as high as 44 degrees F (7 degrees C), the compound of winter tires with its greater percentage of natural rubber and silica, remains more flexible than that of standard tires, ensuring greater contact with the road and therefore improved grip.

In snow or icy conditions the unique tread design of the tires, with a greater number of grooves and slits (called sipes), provides improved adhesion, resulting in shorter braking distances, as well as improved road holding and cornering ability.

If that’s not enough, Bentley is also launching a new tire ‘sock’ that’s recommended as a temporary measure to gain extra grip in unexpected wintry weather conditions. They feature special fibers that stick to ice and snow, improving grip.  Unlike snow chains, the sock is silent and smooth in operation.

Of course, Bentley also offers snow chains for driving in deep snow. Bentley’s design, known as the Spikes-Spider, features a central hub that holds the chain more loosely, allowing it to flex in response to the road surface.