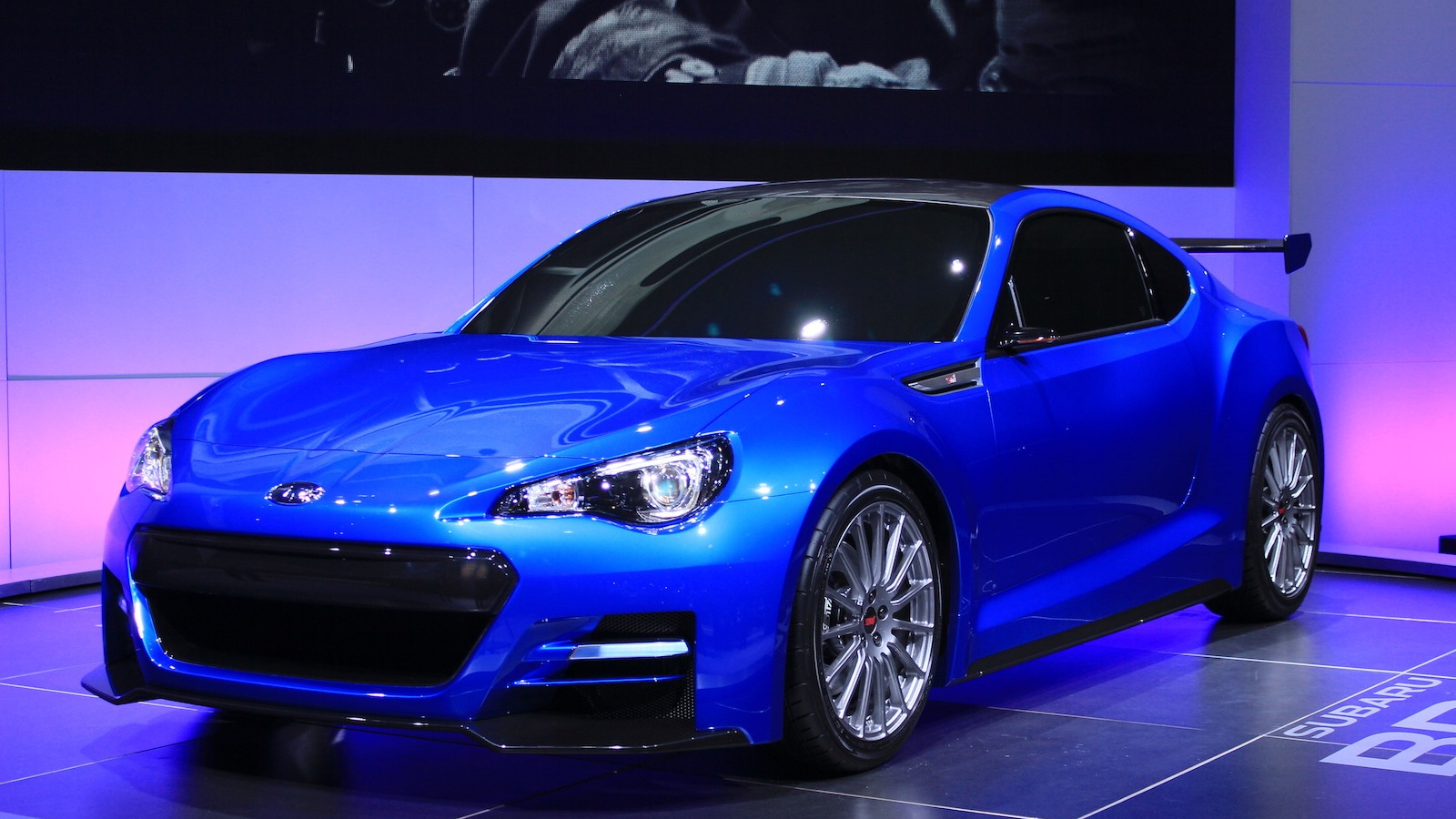 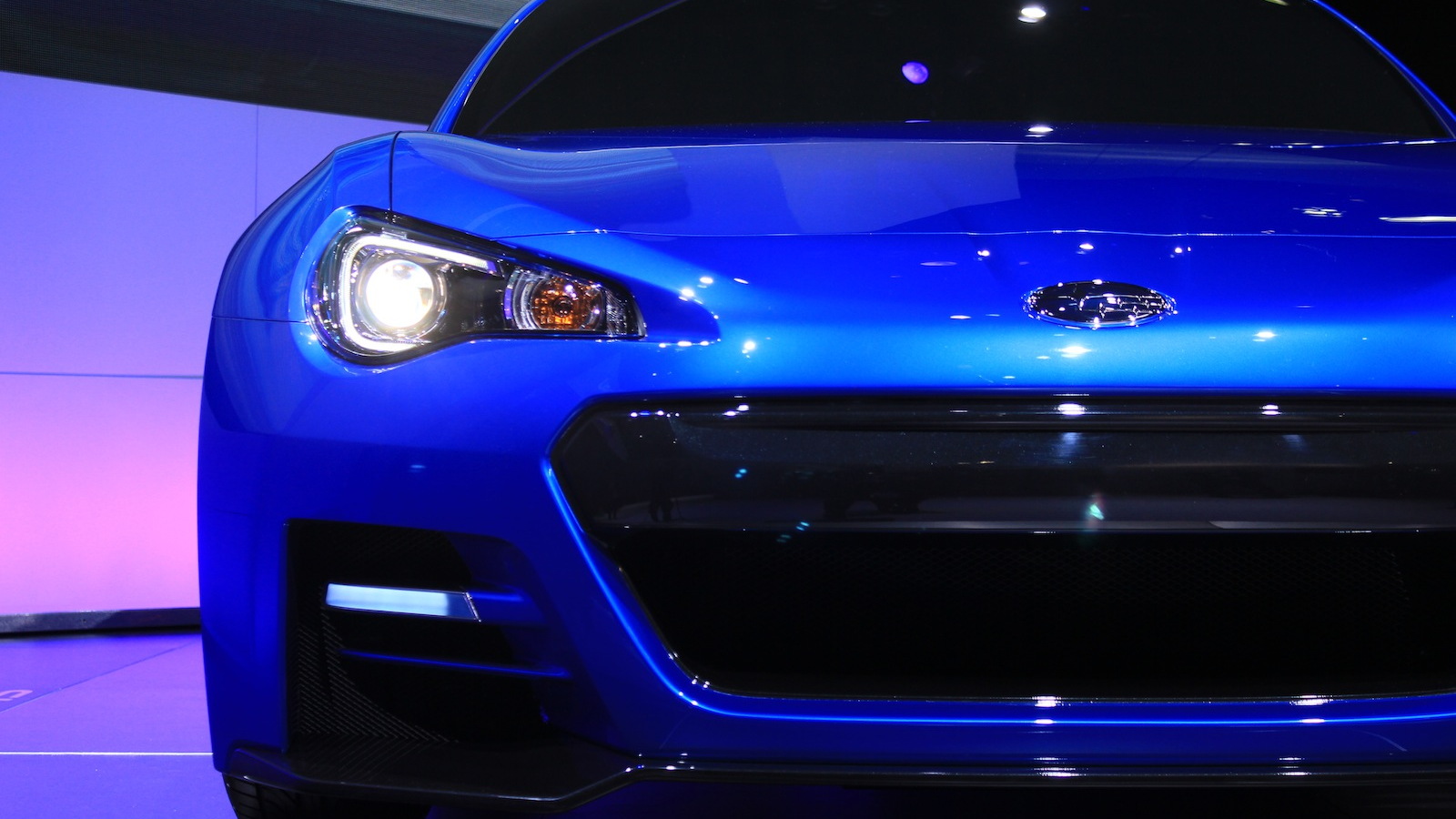 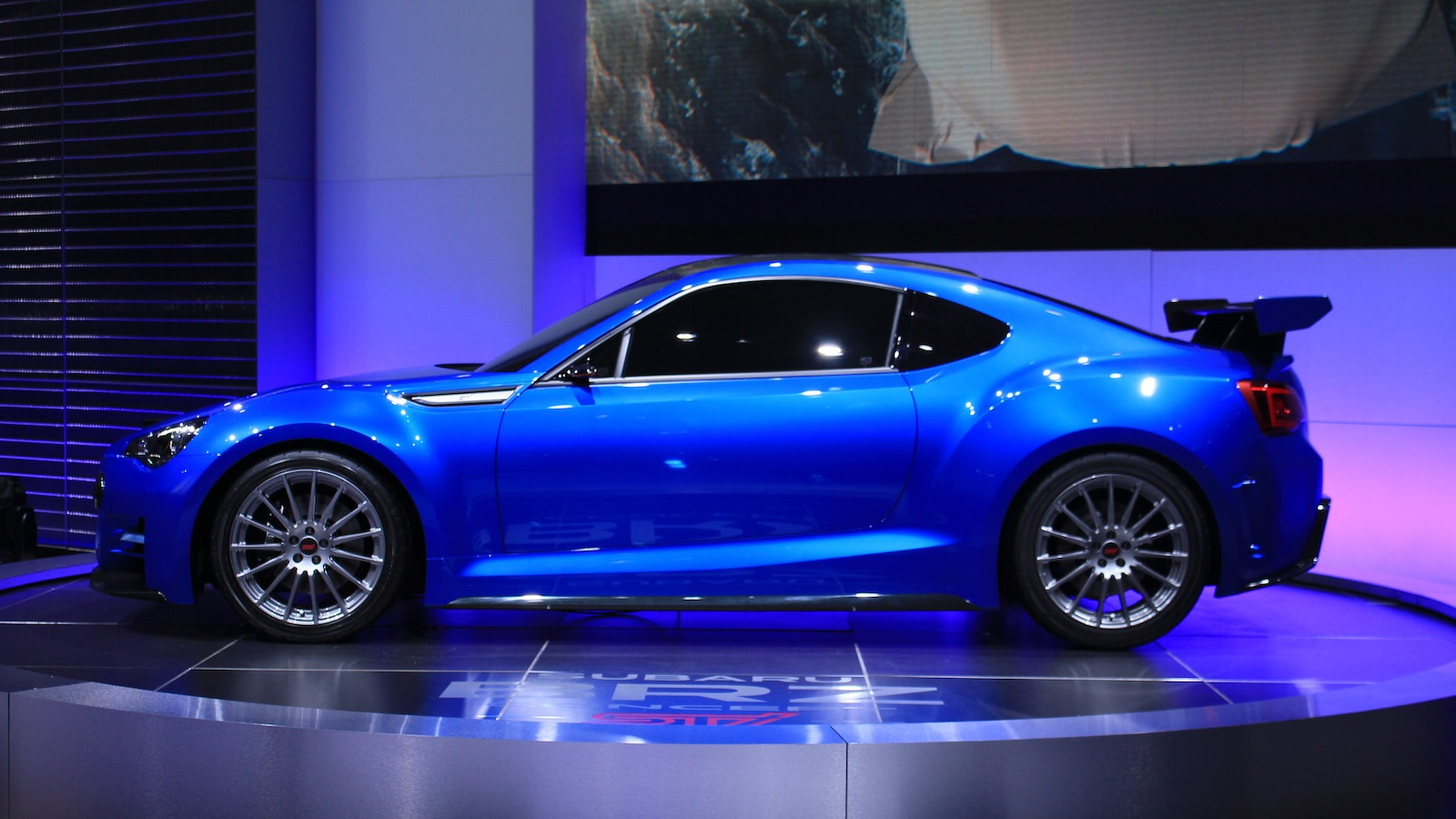 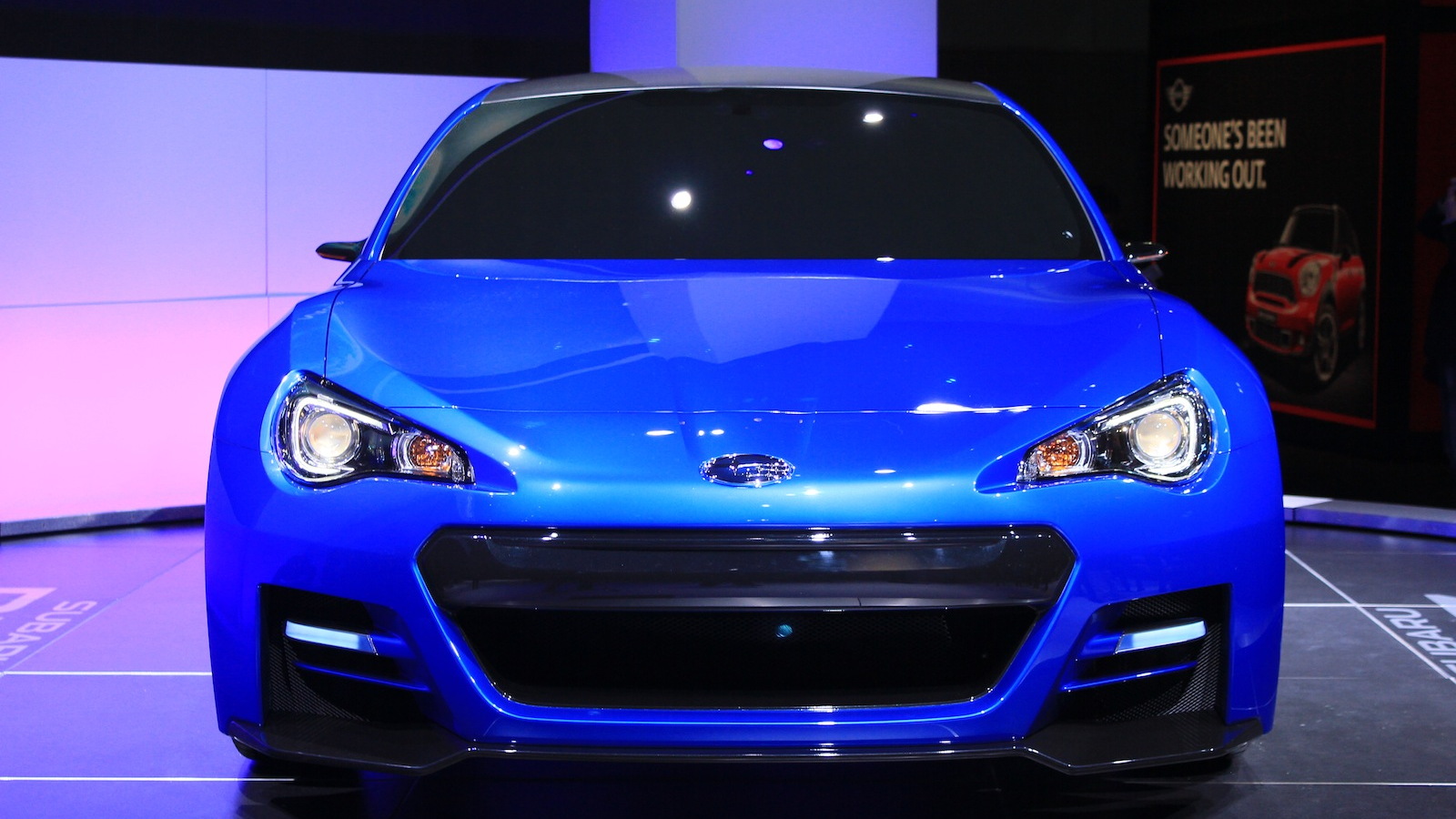 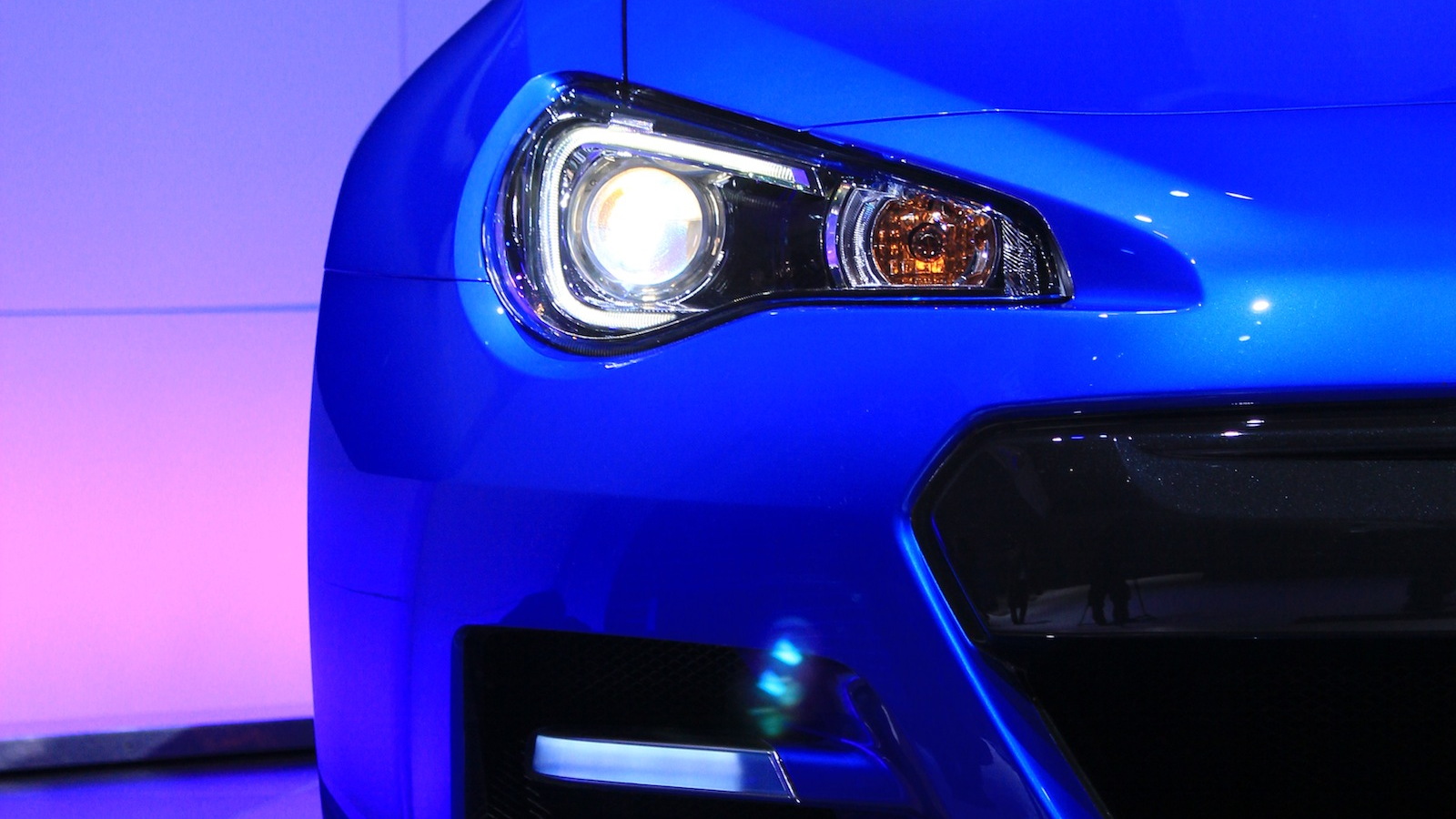 12
photos
Subaru's long-awaited rear-drive sports coupe is nearing its final stages before entering production, with the BRZ STI Concept at the 2011 Los Angeles Auto Show all but revealing the car that'll be menacing streets near you in just a few months. These live images show the car up close and personal, as it sits on the Subaru stand right now.

Painted in World Rally Blue (but without gold BBS wheels as you might expect) the BRZ STI Concept is perhaps a bit bawdier than the standard BRZ will be when it does go to retail; the big wing, however, is likely to stick around, at least as an option--it's a design feature Subaru's never shied away from.

The aggressive front end, slightly protruding front fenders, and low-slung look all combine to taunt us with its likely driving dynamics, which should be sporty and fun if not outright powerful; the 2.0-liter boxer engine under the hood will generate something in the neighborhood of 200 horsepower. That's plenty of oomph for fun in its roughly 2,700-pound frame, but not so much as to be intimidating.

For the full details on the new BRZ STI Concept, check out our preview here.