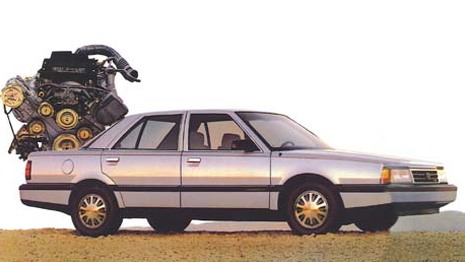 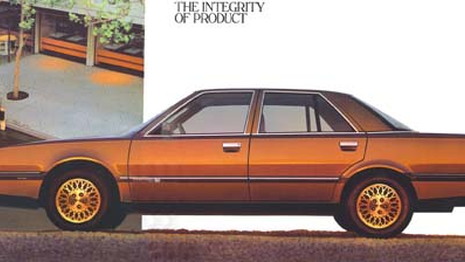 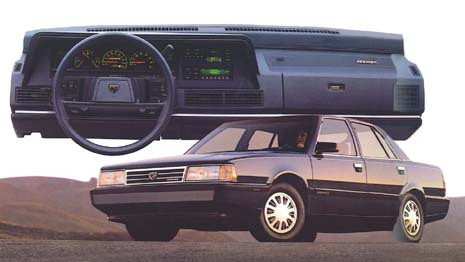 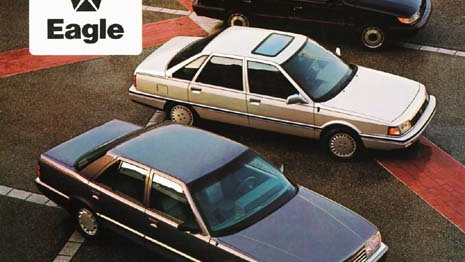 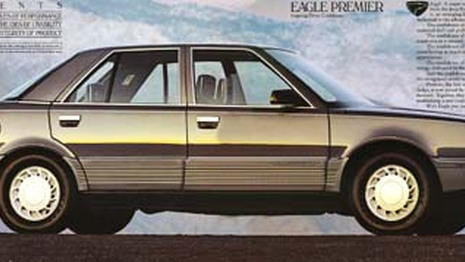 The Guilty Pleasure series has honored, if that's the word, one product apiece from AMC and Renault, but things really get interesting when you combine the two companies.

Adding the troublesome PRV engine just makes it that much better!

The Eagle Premier was more or less AMC's last gasp, although most of the cars were sold after Chrysler took over George Romney's old company in 1987.

The Premier was based on the Renault 25 and Medallion (aka 21), but with American-grade comfort and snazzy Giugiaro styling. By all contemporary accounts, it was a joy to drive... but it gathered cobwebs on the showroom floors of all those new Eagle dealerships.

You can still find Premiers today, but they're somewhat invisible. I had forgotten about the car until I saw this Premier at the Lamest Day 24 Hours of LeMons at Nelson Ledges in 2009. It was quite reliable, and not anywhere near as slow as one might expect (though still slow).

The only real problem is the PRV V-6, but the Premier is in good PRV company: the DeLorean DMC-12, the Volvo 262C Bertone, the Alpine A310, and the Peugeot 604, to name a few of the more interesting PRV-powered cars (hmmm... the Peugeot 604 might make an appearance in this series at some point).

Nobody would know (or care) what I was driving, were I to get a Premier, but I'd know that I had a piece of weird Renault-AMC-Chrysler-Peugeot-Volvo history in my garage. With Guilty Pleasures, that's what matters!