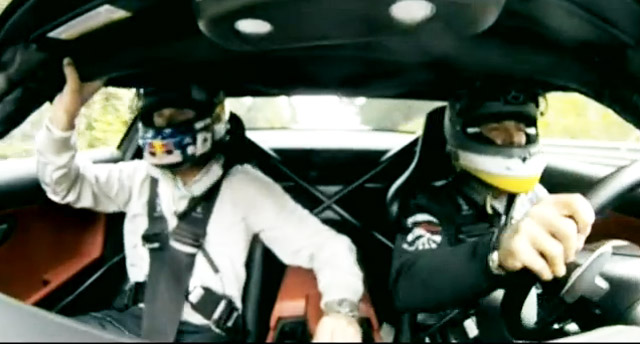 David Coulthard taken around the Nurburgring by Nico Rosberg

He may be a Formula 1 legend himself but nothing prepared David Coulthard, current DTM pilot and recently appointed brand ambassador for AMG, for his hot lap around the Nurburgring-Nordschleife by current Mercedes GP driver and ‘Ring rookie Nico Rosberg.

Yes, despite being a German native, Rosberg reveals in the clip below that this is his first time driving around the notorious Nurburgring race track, which we’re only made it worse for Coulthard.

Rosberg’s weapon of choice for his hot lap with Coulthard? Why, the Mercedes-Benz SLS AMG gullwing supercar of course. Check out the video below to see how Coulthard copes and then click here for a previous video of the Scottish race driver behind the wheel of the all-electric SLS AMG E-Cell.