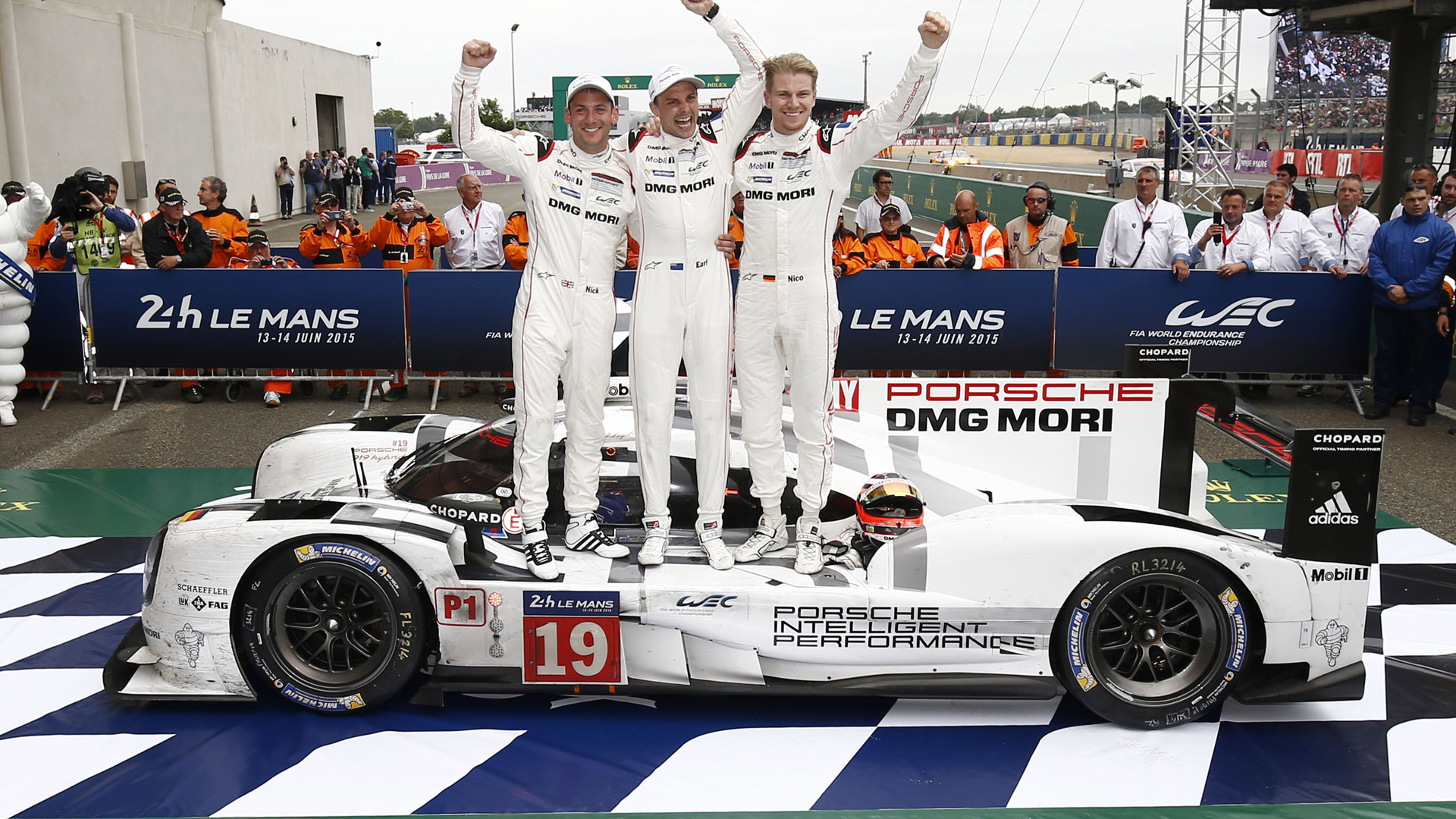 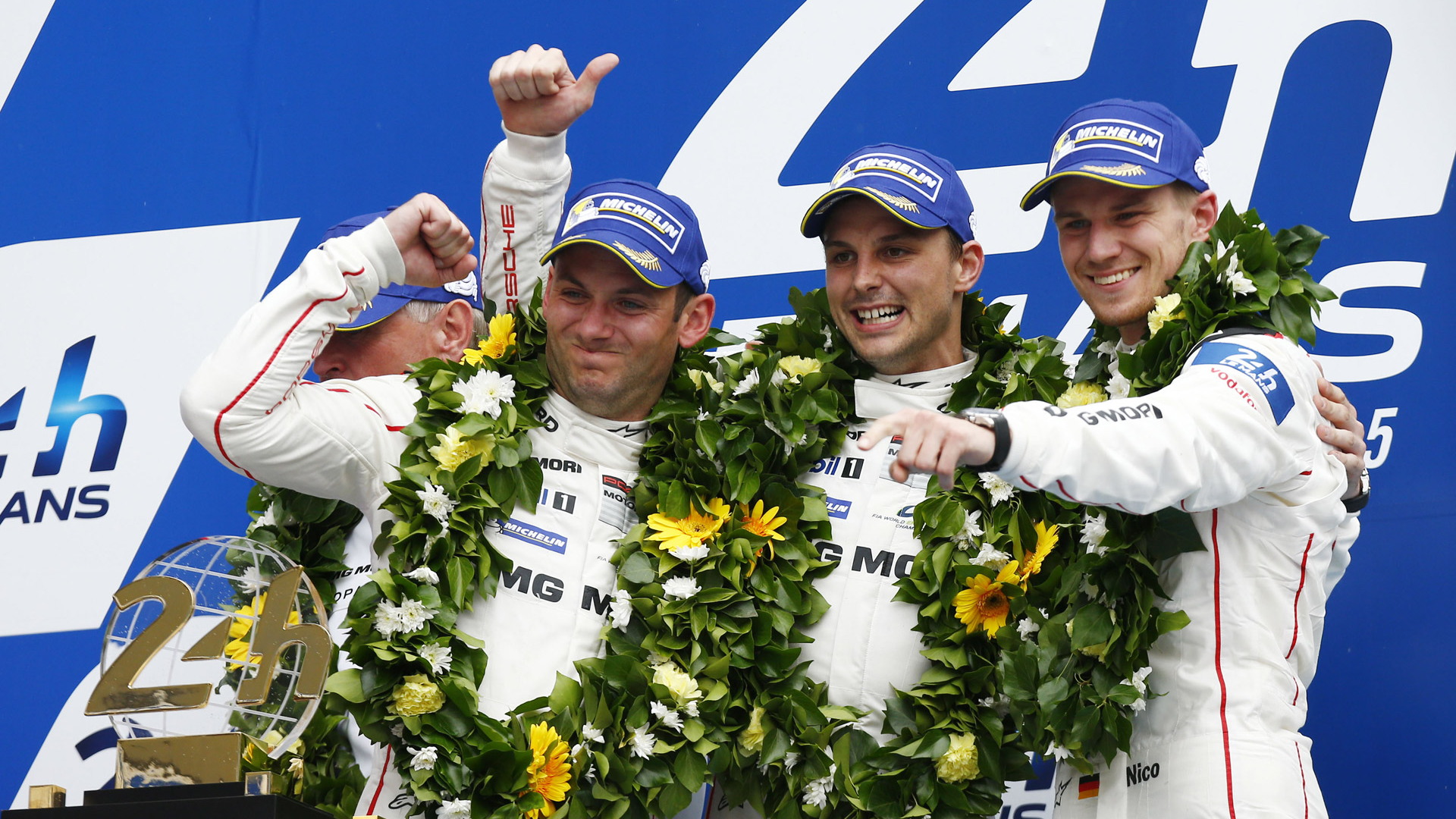 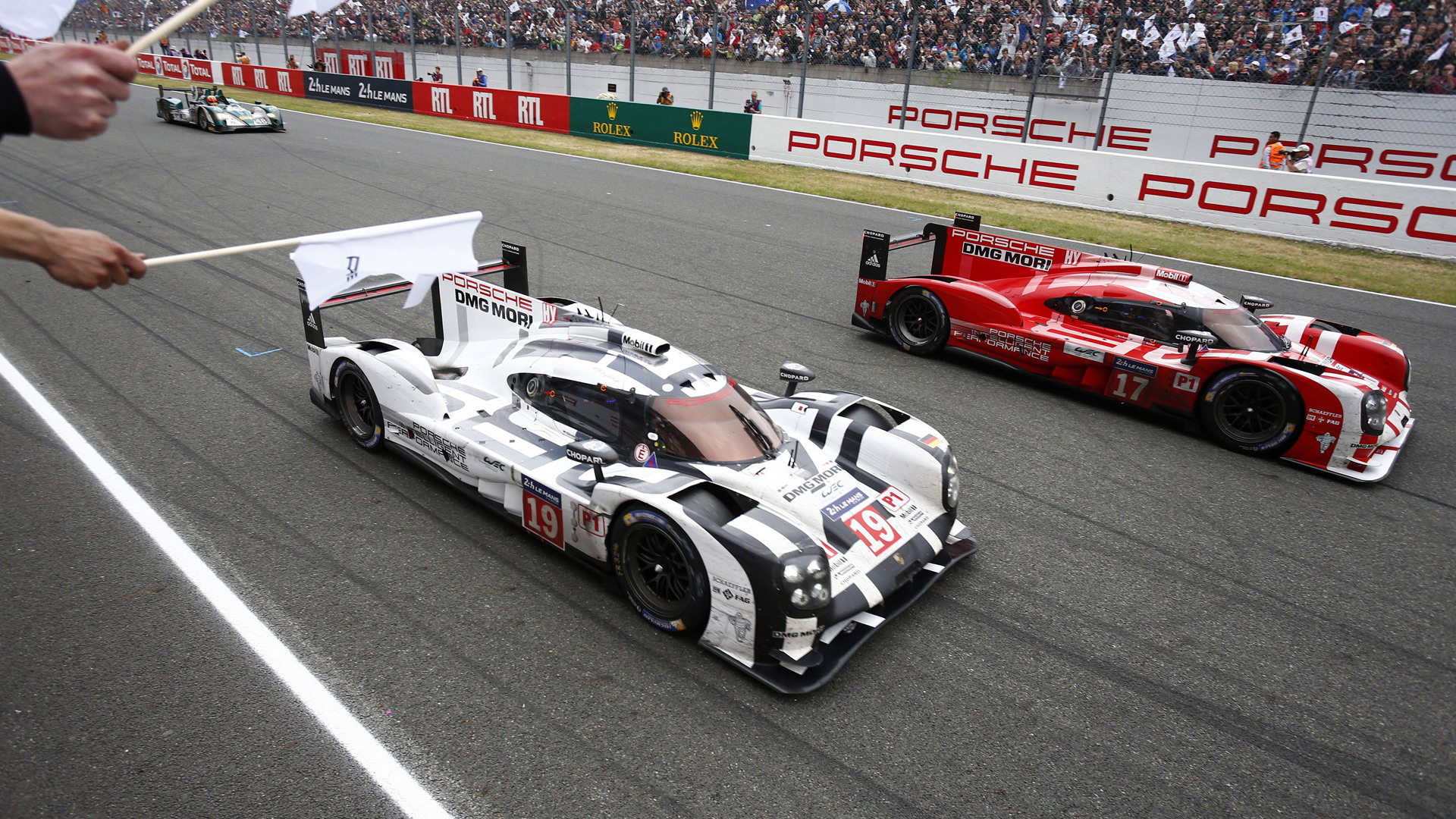 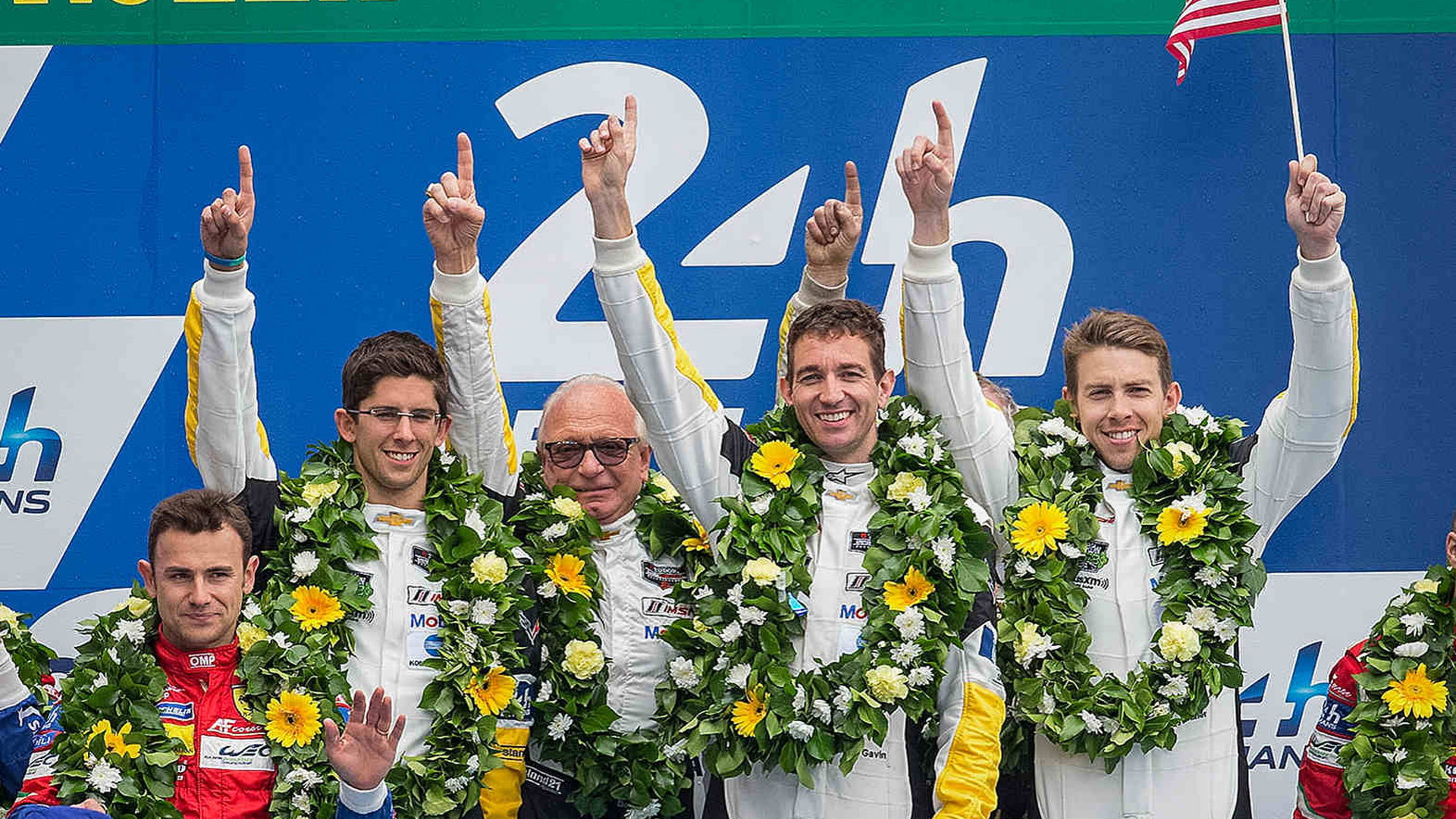 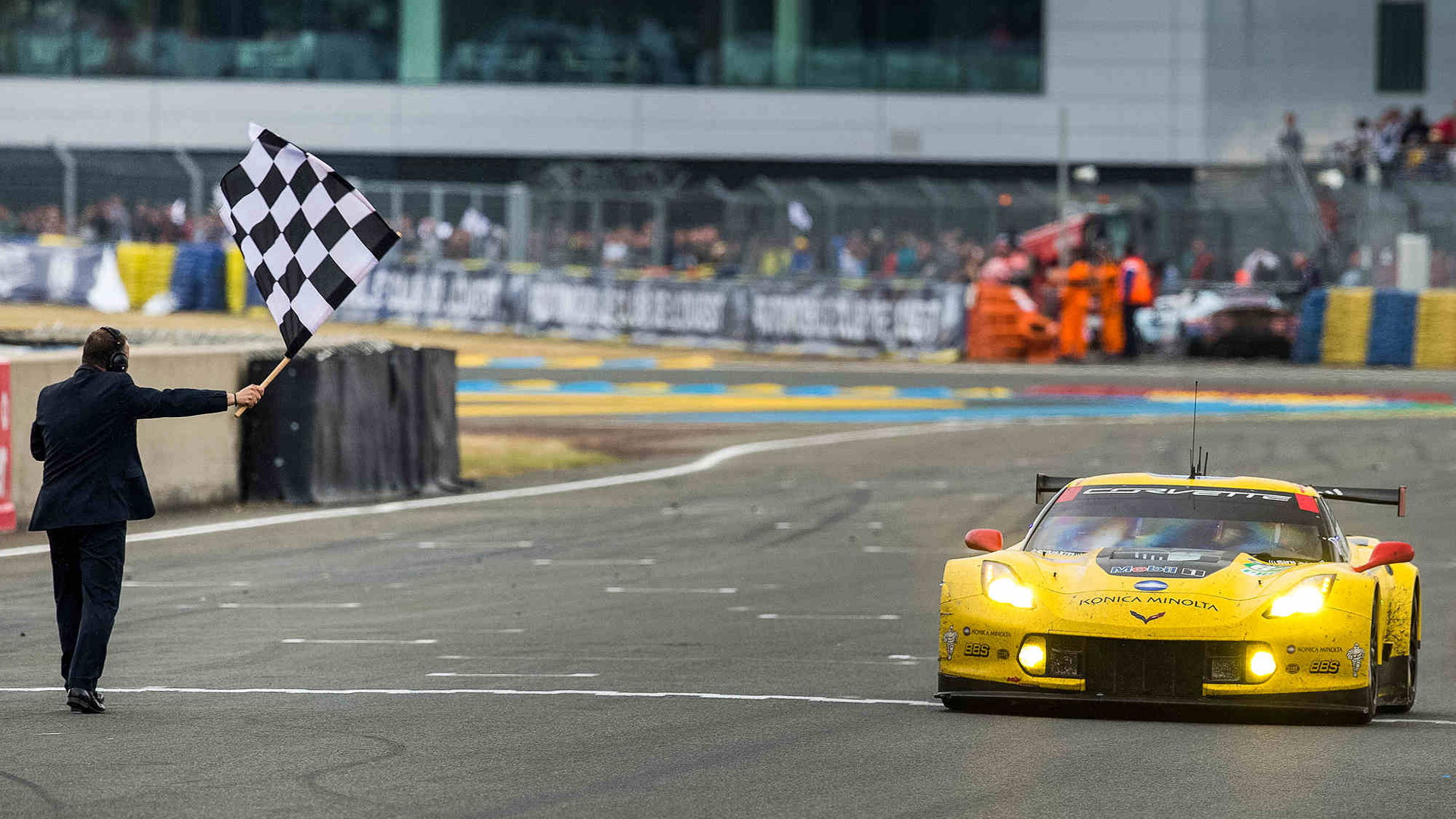 In only its second year back at the 24 Hours of Le Mans, Porsche yesterday managed to end the dominance of fellow Volkswagen Group brand Audi, with its number 19 919 Hybrid competing in the premier LMP1 class and driven by Nick Tandy, Earl Bamber and Nico Huelkenberg ending up the first to cross the finish line after an impressive 395 laps.

Porsche now has under its belt its 17th overall victory at Le Mans, the most of any team, with the previous scored back in 1998 and the latest coming exactly 45 years after the first. Porsche only returned to Le Mans last year after a 16-year hiatus. Another of Porsche’s 919 Hybrid LMP1 crossed the line second: car number 17 driven by Timo Bernhard, Brendon Hartley and Mark Webber. Romain Dumas, Neel Jani and Marc Lieb in the number 18 919 Hybrid came fifth overall.

Nissan's much-anticipated Le Mans challenger, the front-wheel-drive GT-R LM NISMO LMP1, racing for the first time, had mixed results. Two of the three-car lineup failed to finish due to mechanical issues—one had a problem with the wheel and the other with suspension—and the third that finished was also set back by mechanical issues. It finished 40th overall, and nearly 150 laps behind the winning Porsche.

For production-based cars there are the GTE Pro (Professional) and GTE Am (Amateur) classes. Topping the GTE Pro class was the number 64 Chevrolet Corvette C7.R of Corvette Racing, driven by Oliver Gavin, Tommy Milner and Jordan Taylor. They finished 17th overall, with 337 laps under their belts. It was the eighth Le Mans class victory for the Corvette Racing team since its debut here in 2000, and the first since 2011—not bad considering the team had suffered the setback of losing their second of two cars during a qualifying crash.

Finally, in the GTE Am class, the number 72 SMP Racing Ferrari 458 Italia driven by Andrea Bertolini, Aleksey Basov and Victor Shaytar took a surprise victory after the leading number 98 Aston Martin Vantage GTE suffered a crash in the final hour. The number 72 car came in 20th overall, putting it ahead of most of the GTE Pro cars. Actor Patrick Dempsey stood on the podium at the end of the race, with his number 77 Dempsey - Proton Racing Porsche 911 RSR coming second in class and an impressive 22nd overall. He shared the car with Patrick Long and Marco Seefried. Finally, rounding out the top three spots in the GTE Am class was the number 62 Scuderia Corsa Ferrari 458 Italia, which finished 24th overall.

The past weekend’s 24 Hours of Le Mans was the third round of the 2015 World Endurance Championship. Audi drivers André Lotterer, Marcel Fassler and Benoit Treluyer currently lead the Drivers’ Championship with 80 points each, while Porsche leads the Constructors’ Championship with 140 points versus the 124 points of Audi and 71 points of Toyota. The next race on the calendar is the 6 Hours of Nürburgring in late August.