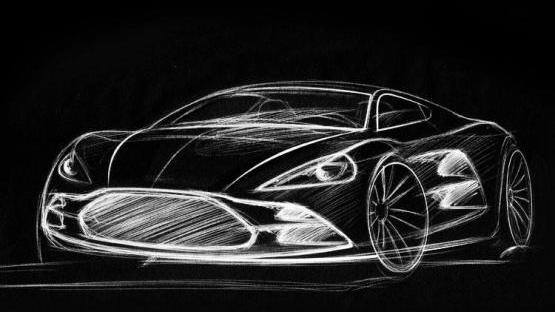 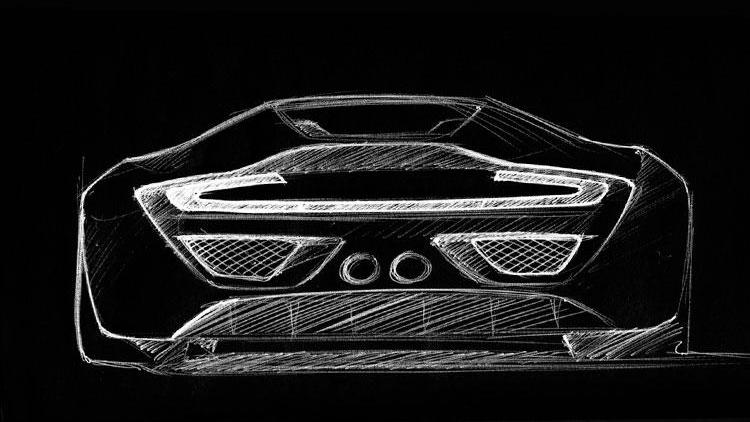 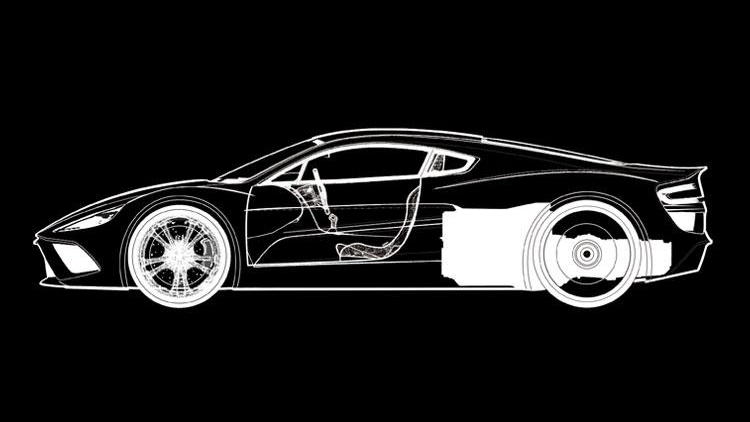 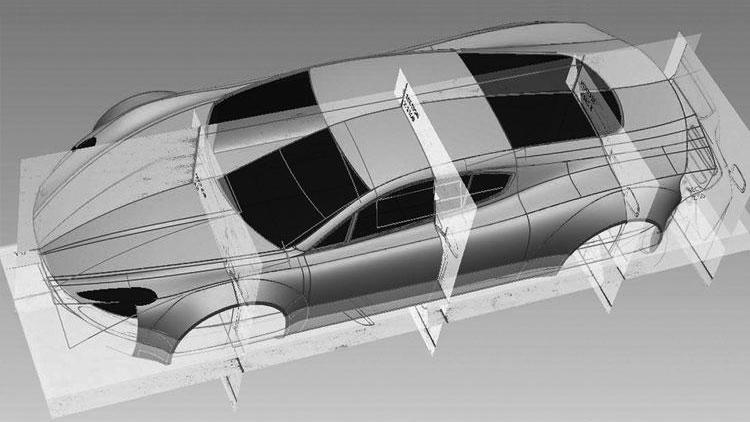 We know from some initial info from a month and a half ago that Danish firm HBH is building a mid-engined supercar based on the Aston V12 Vantage. The car will be the only one of its kind and, the last we heard, HBH was shopping around for a buyer to cover some of the lofty development costs. At that time, we saw the first teaser picture depicting the car's profile.

Today's teasers show the car from the front, side and back and help fill in some of the lines and curves, albeit in a preliminary, fresh-off-the-drawing-board way. The car will do its best to mimic Aston's smooth, curvy proportions despite having to accommodate an engine behind the seats. Instead of plunging sharply into an over-sized rear-end, the cabin lines recede nearly as gracefully as they do in Aston's front-engined cars.

Other interesting features include the sharp slit headlights, center-mounted dual exhaust and reversed One-77-style taillights. The car will get to devour plenty of air thanks to generous venting around the bumper and sides.

A company like HBH wouldn't be content to just transfer over the stock 510-horsepower 6.0-liter V-12 engine the way an Aston-Zagato team-up would. Instead, they'll add a bespoke twin supercharger that will up the output of the engine to around 675-horsepower. Those horses will charge the rear axle by way of a six-speed manual transmission.

We're not sure if HBH will be successful in getting this car off the ground for next year, but we sure hope they keep slipping us proof of progress.