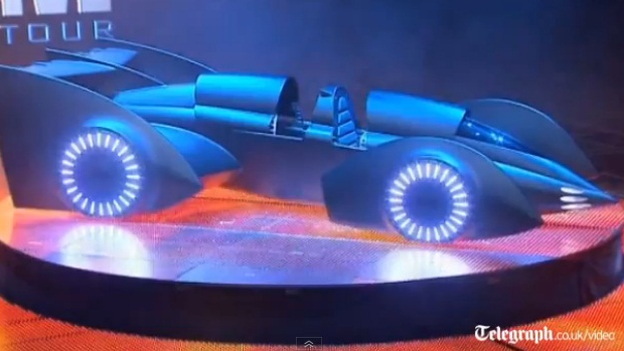 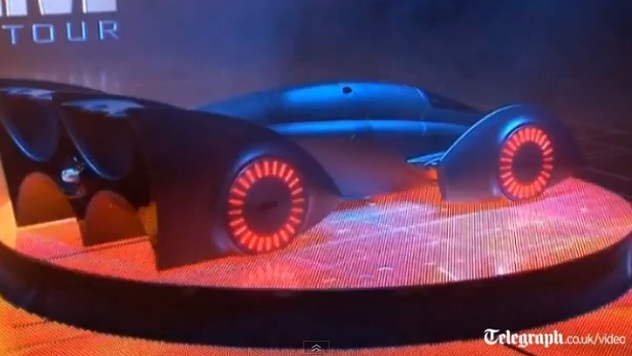 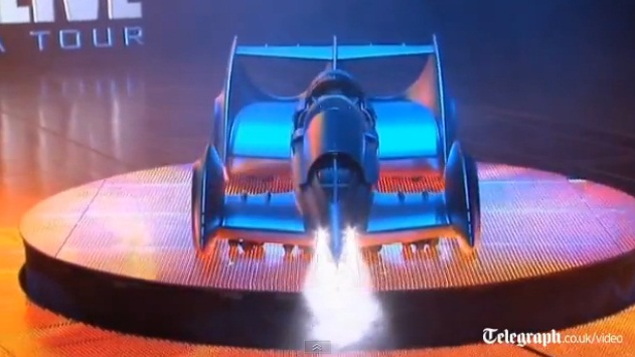 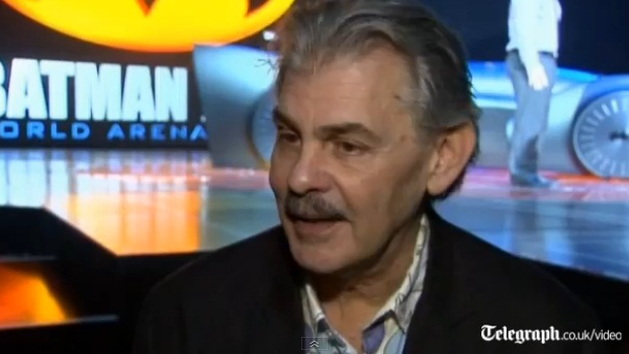 4
photos
Whether cartoonish or sinister, the Batmobile is one comic-inspired vehicle that never fails to cause a reaction. From the 1960s Batman TV series which used a modified Lincoln Futura concept car with double screens and a fiery exhaust to the most recent tank-like Batmobiles from The Dark Knight and Batman Begins, the "Caped Crusader" very nearly takes a supporting role to the star cars.

The Batman Live World Arena Tour puts a new Batmobile concept at center stage. McLaren F1 road car and ex- Grand Prix car designer and innovative engineer Gordon Murray has penned the latest shape, which looks like the a Batmobile, the Red Bull X1 from Gran Turismo 5, and an SR-71 Blackbird stealth bomber all rolled into one.

The body is constructed from a new type of "breathing" carbon fiber invented by Murray himself, and power is provided by a hydrogen fuel cell. That said, he's not missed the opportunity to give it the obligatory flame-thrower jet exhaust.

It certainly looks aerodynamic too, resembling the aforementioned Red Bull vehicle that was said to be an ultimate expression of a Formula One Grand Prix car. The Batmobile has ground-effect aerodynamics for high downforce

We love the Batman logo shape to the rear of the car and there's certainly something menacing about the car when viewed from ahead, even if it's a little bland from the side. Murray says that the idea behind the design was that it "could be a real car... the car is based on Formula One aerodynamics and materials, but as I see them in 20 years time".

Check out the video to hear Murray describe the car. It's certainly a world away from Murray's current project, the T25 and T27 city cars, which whilst small are no less advanced in concept than the McLaren he's famous for.