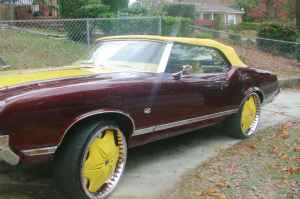 It's a little early in the week to be cruising Craigslist for your next illicit car fling--or is it?

We won't judge, but we will go bro-to-bro to steer you clear of this 1971 Oldsmobile Cutlass Convertible, donked out for the player with $20,000 in cash.

In the plus column, inside the bicolore cockpit there's a touchscreen DVD player and a 15-inch subwoofer, which probably account for 75 percent of the car's Blue Book value, and there are fresh chromed bumpers and a new vinyl power-operated top.

If you're a fan of donks, and possibly the Seminoles or the Washington Redskins, this could be the perfect tailgating machine. To us it's just one more reason Dan Snyder's the most hated man in the NFL. 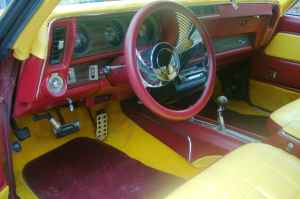