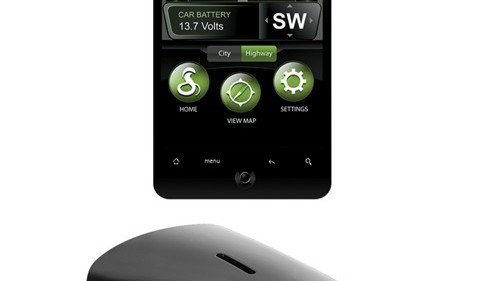 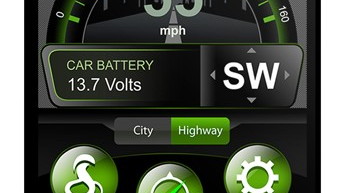 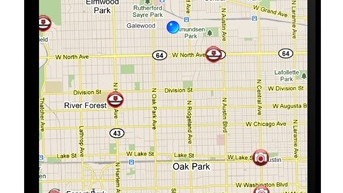 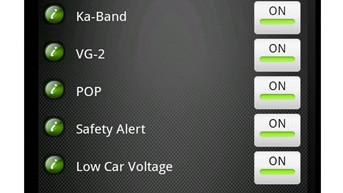 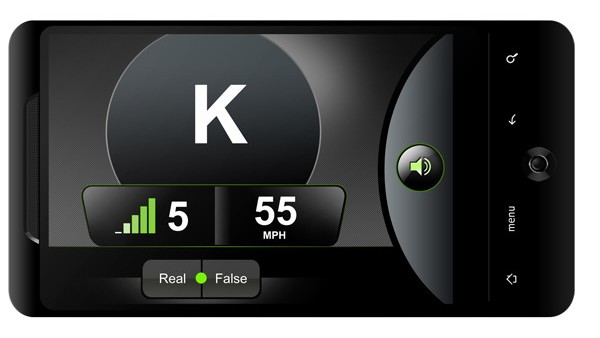 Last week, four U.S. Senators expressed outrage over smartphone apps designed to reveal the location of DUI checkpoints. As they said in letters to Apple, Google, and Blackberry, "Giving drunk drivers a free tool to evade checkpoints, putting innocent families and children at risk, is a matter of public concern".

We hate to break it to 'em, but for those Senators, there's more bad news afoot. On April 4, Cobra Electronics will launch its Android version of iRadar, an app that links a user's smartphone to the Cobra iRadar Detector. iRadar offers a wide range of features to help drivers avoid the long arm -- and hefty fines -- of Johnny Law.

You might recall that Cobra debuted iRadar for the iPhone and iPod Touch last fall. As with that version, the Android app will be free to download and will use Bluetooth to connect a smartphone to Cobra's dashboard device (sold separately). Users will receive audio notifications about speed guns, traffic cams, roadblocks, and the like, allowing drivers to keep their eyes on the road. The app will also post the location of those hazards to its built-in map.

What makes iRadar so interesting -- apart from its smartphone-sized display -- is that it's partially crowdsourced. When Cobra's dashtop detector senses a radar gun, speed cam, or other device that's not on the existing map, the detector uploads the relevant information via the iRadar app, instantly updating the map of every user. It's a little like Waze, which uses a smartphone's accelerometer to gauge speed and updating travel maps when it finds that users are moving too slowly -- the major difference being that cutesy Waze probably isn't going to elicit letters from lawmakers.

Despite the hue and cry that radar detectors often elicit from safety groups, the devices are generally legal in private vehicles. (Commercial vehicles are another matter.) So if you're an Android user who doesn't live in Virginia, Washington, D.C., or on a military base, Cobra's new app could be a welcome development.

If you'd like a refresher on iRadar, here's a clip showing how its iPhone/iPod variant works. There's more info below that in Cobra's press release from this year's CES.

"Our Cobra iRadar detection system is the first of its kind, integrating the computing power and multi-faceted communications capabilities of leading smartphones with a highly sophisticated radar and laser detection unit," said Sally Washlow, senior vice president of marketing and sales for Cobra Electronics.  "The upcoming release brings a social media-like user community aspect to the iRadar by combining a powerful database of known driving hazards with the reach and real-time intelligence of our community of iRadar users.  Ultimately, our goal is to deliver driving peace-of-mind and protection to our customers through the industry's most advanced in-car smart detection platform."

The Cobra iRadar database is constantly updated and contains tens of thousands of user contributed radar/laser points as well as known speed and red light camera locations with pinpoint GPS accuracy.  With the touch of a button on the smartphone, Cobra iRadar users can now submit database updates to alert other iRadar users of hazardous roads, traffic congestion, and temporary speed traps.  This crowd-sourcing model ensures that other iRadar customers are alerted in real-time to upcoming dangers based on their GPS location.

The new Cobra iRadar will be on display in the Cobra booth #9835 at the Consumers Electronics Show in Las Vegas, January 6-9, 2011.  For more information on the Cobra iRadar Detection System, please visit www.CobraiRadar.com.