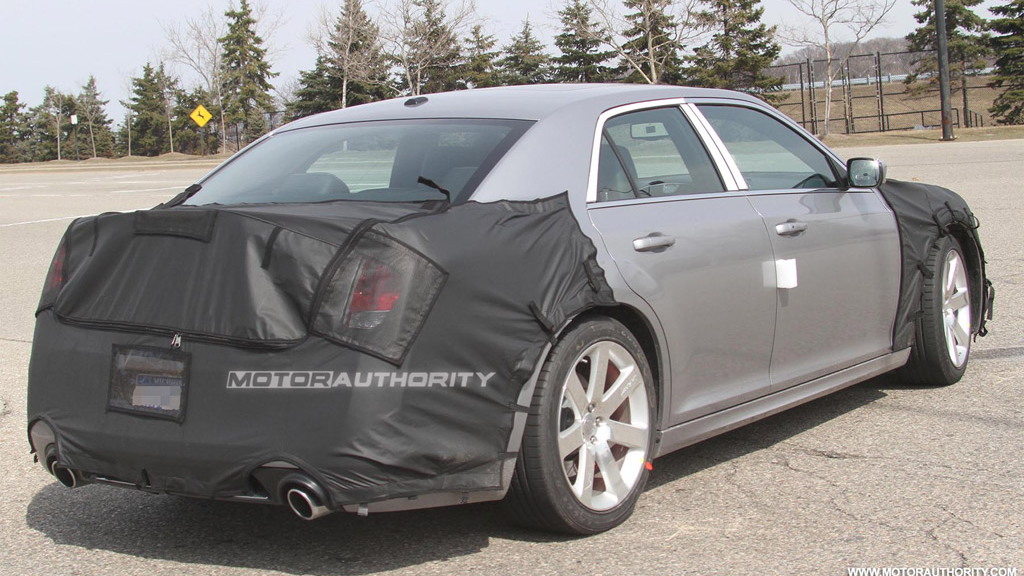 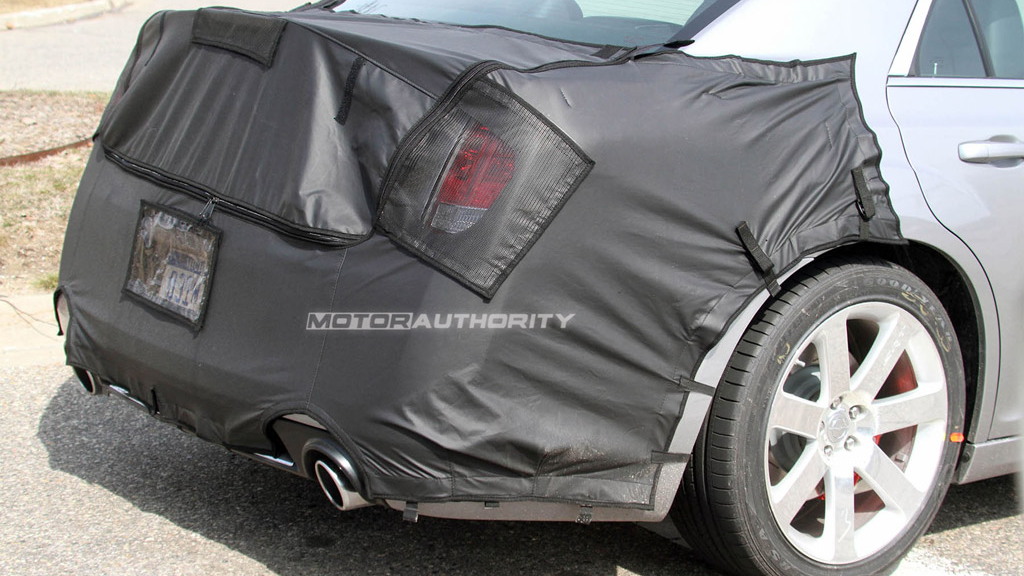 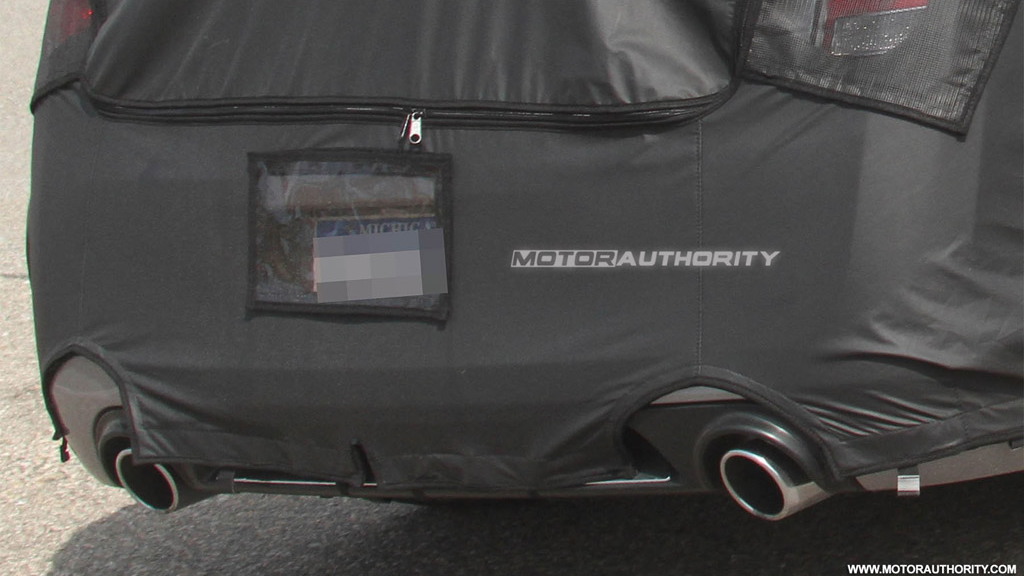 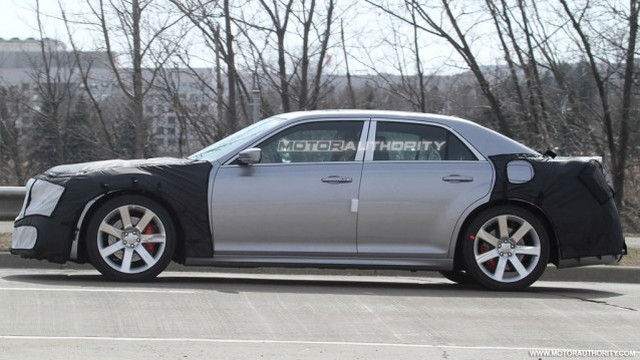 The brand new 2011 Chrysler 300 sedan has made its debut but the model we’ve all been waiting for, the high-performance 300C SRT8, won’t be around for at least another a year. Today we have new spy shots of the car testing in prototype form on the streets of Michigan, revealing a few subtle details we can expect on the latest muscle sedan.

As previously reported, Chrysler is skipping the 2011 model year for the new-generation of its 300C SRT8, introducing it as a 2012 model instead. This means that engineers still have some time to fine tune its new drivetrain and chassis.

Power is expected to come from the same 6.4-liter Hemi V-8 as found in the recently introduced Dodge Challenger SRT8 392 and Charger SRT8, and should come in at around the 470 horsepower and 465 pound-feet of torque mark--a healthy jump over the 425 horsepower and 420 pound-feet of torque in the outgoing 2010 model. A five-speed automatic will come as standard, though a newer eight-speed auto may eventually be offered.

A key feature of this new engine is cylinder deactivation, which now comes with an active valve exhaust system that allows the technology to engage over a wider rpm range, in-turn delivering improved fuel economy or the use of all eight cylinders when the power is needed. An active intake manifold and high-lift camshaft with cam phasing should also feature, providing maximum low-end torque for stronger standing starts and more high-end power.

It won’t just be about brute strength, however. Like its Charger SRT8 sibling, the new 2012 Chrysler 300C SRT8 should get Chrysler’s latest adaptive damping suspension that uses a wide range of on-road and driver inputs, such as vehicle speed, steering angle, steering speed, brake torque, throttle position and lateral acceleration, to automatically tune the suspension for specific conditions.

Other performance mods, which we can see on this prototype and likely to make production, include 20-inch wheels, powerful Brembo brakes and an integrated rear diffuser.

Look out for the new 2012 Chrysler 300C SRT8 in showrooms in the first half of next year, possibly with a world debut at the 2011 Los Angeles Auto Show this November.