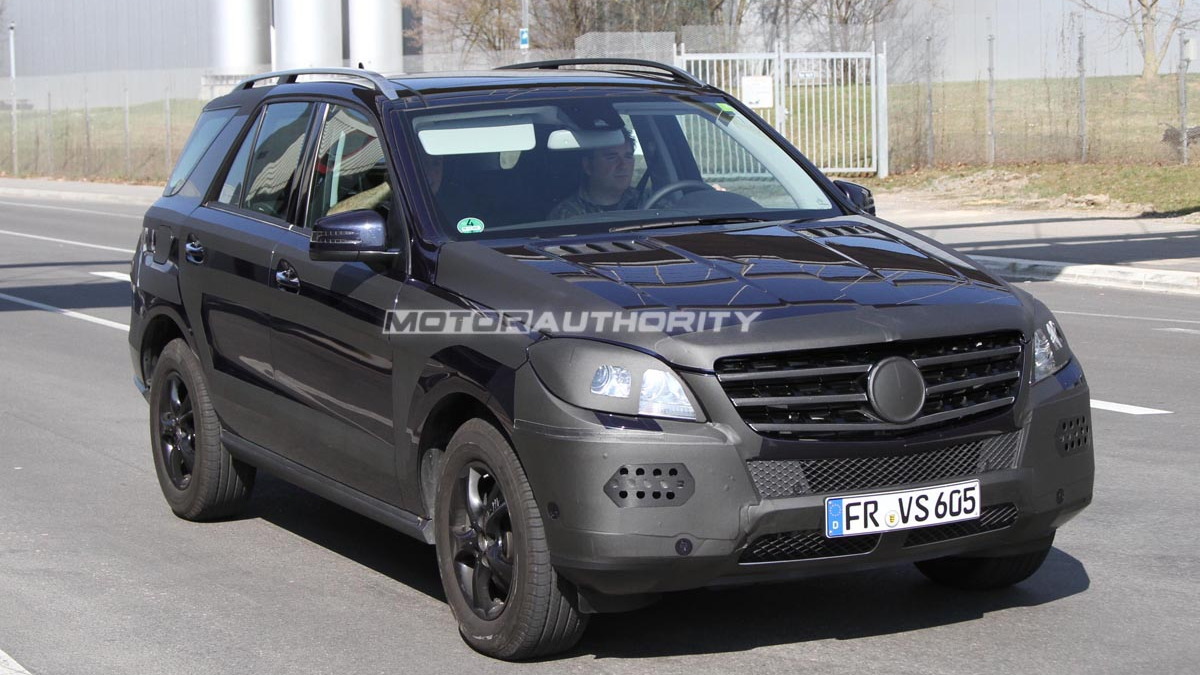 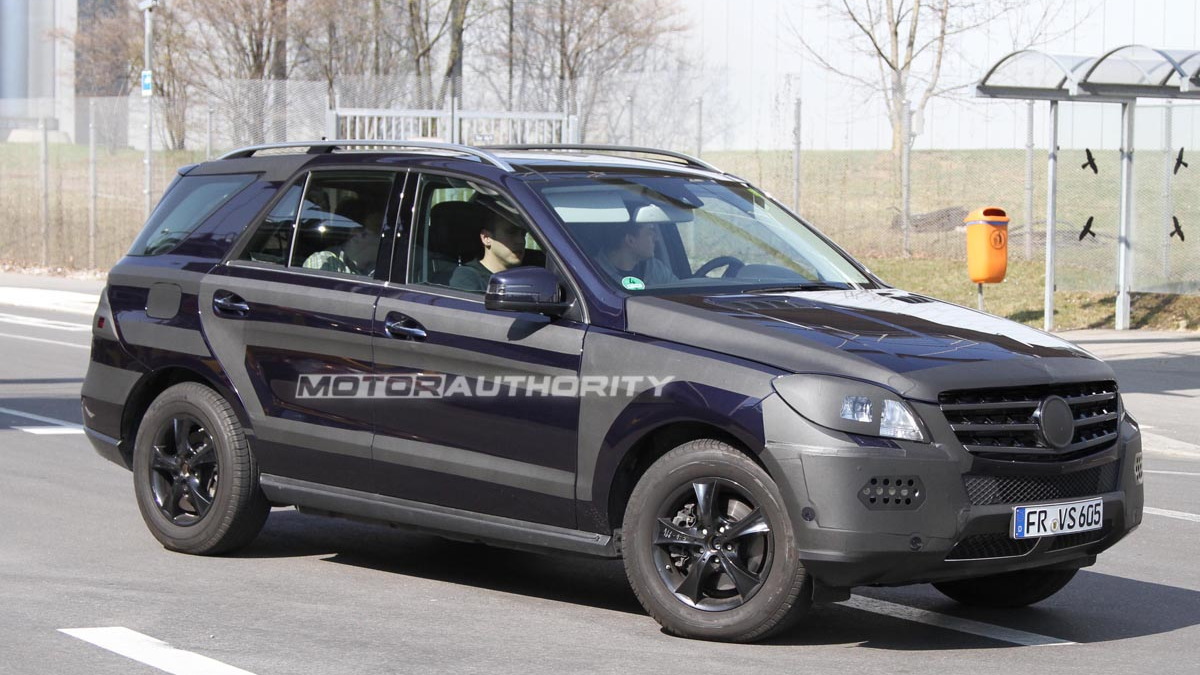 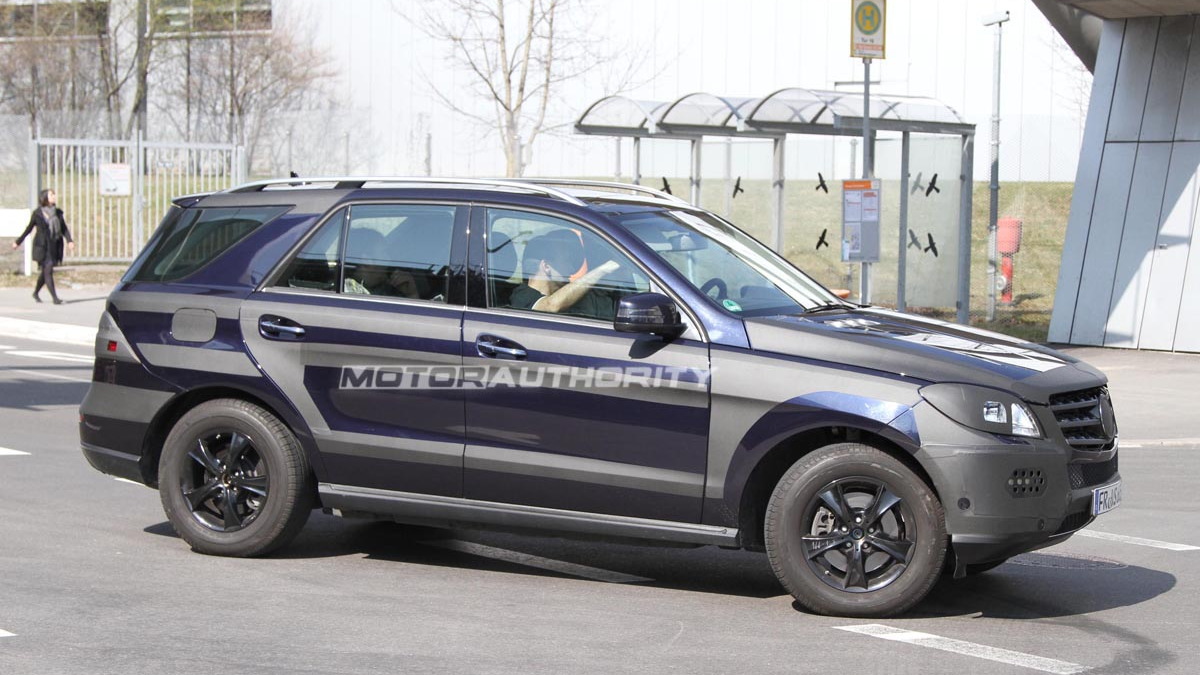 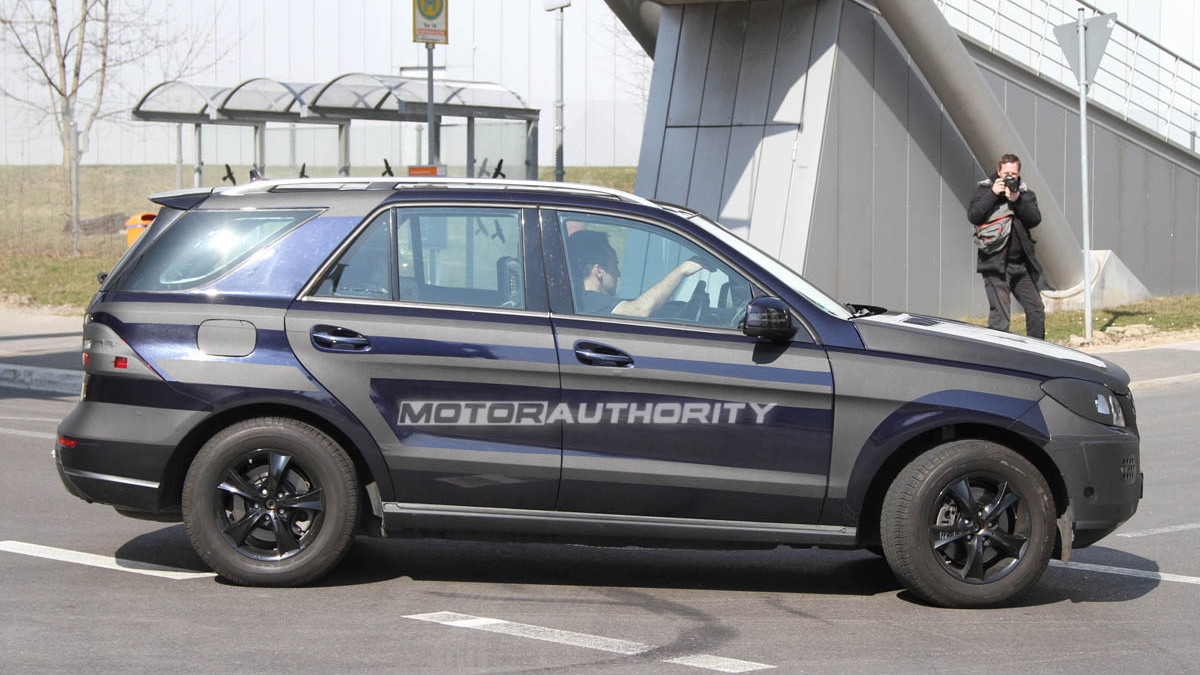 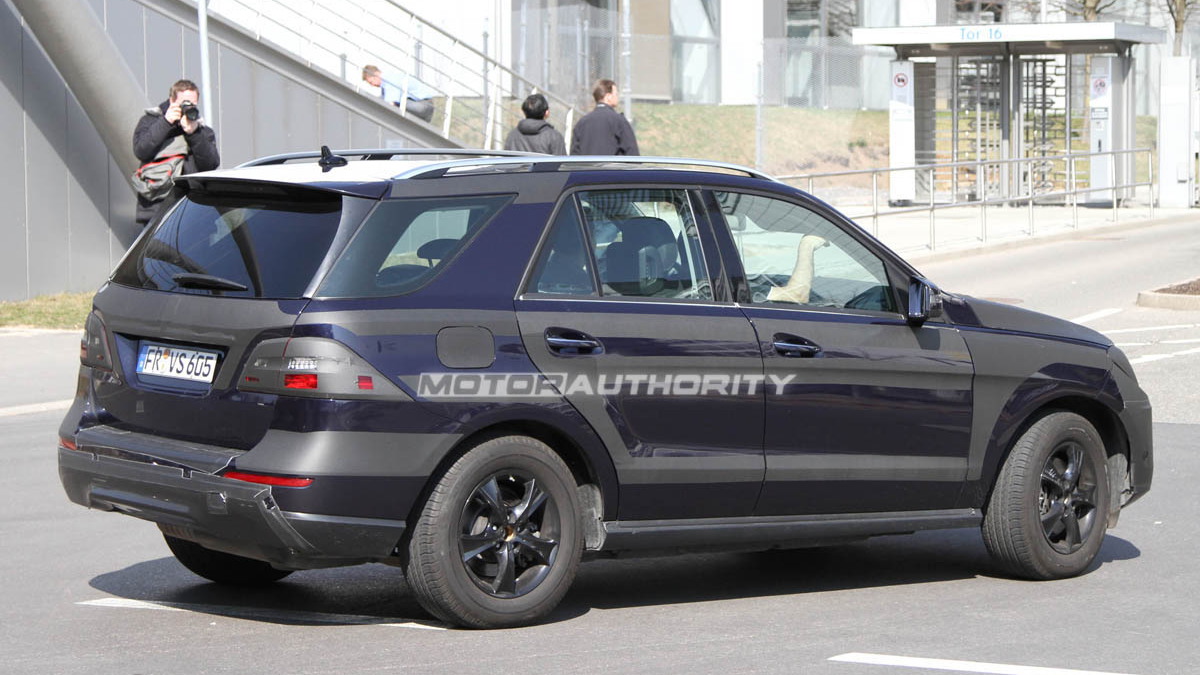 32
photos
As the world's automakers go back to the drawing board on what they need to compete in today's market, both structurally and in terms of product, parts sharing and efficiency are increasingly becoming key concepts. The next-generation of the Mercedes-Benz ML-Class SUV could embrace both concepts with a much closer link to the next G-Class and R-Class as well as more forward-looking powertrains.

Due in the middle of 2011, the next-gen ML is still largely a matter of speculation. Spy shots of an early prototype reveal a smaller body than the current ML, though the wheelbase appears unchanged. We also have several shots of the interior as well.

A few reports have suggested that a diesel-electric hybrid ML-Class is in the works, although a gasoline-electric hybrid like that in the upcoming ML450 Hybrid is almost certain. A plug-in variant of the ML hybrid is even possible, featuring an 80-horsepower electric motor paired with a twin-turbocharged and direct-injected 3.5-liter V-6 and capable of travelling up to 18-miles on electric power alone is also thought to be in the works.

That plug-in hybrid system will draw on elements from the other hybrid programs within Mercedes, including the S400 powertrain. But other elements, including parts and underpinnings, will be shared more closely across the R-Class successor and G-Class vehicles to help achieve economies of scale while still maintaining separate identities. The chassis underpinning the new SUV is also the same design found in the 2011 Jeep Grand Cherokee, one of the lasting legacies from the now defunct DaimlerChrysler.

The ML’s dominant position as the consumer 4x4 of choice within Mercedes' lineup won't change, though the focus will increasingly be on efficiency rather than performance. Accordingly, European models will likely get a 2.2-liter four-cylinder diesel engine rated at 204 horsepower. A V-6 diesel rated at 225 horsepower and a 333 horsepower V-6 gasoline engine is also thought to be in the plans. The V-8 engine will gain direct-injection and twin-turbochargers for the AMG model, which is expected to deliver at least 570 horsepower from its 5.5-liters of displacement. Click here to see spy shots of a prototype for this high-performance variant.