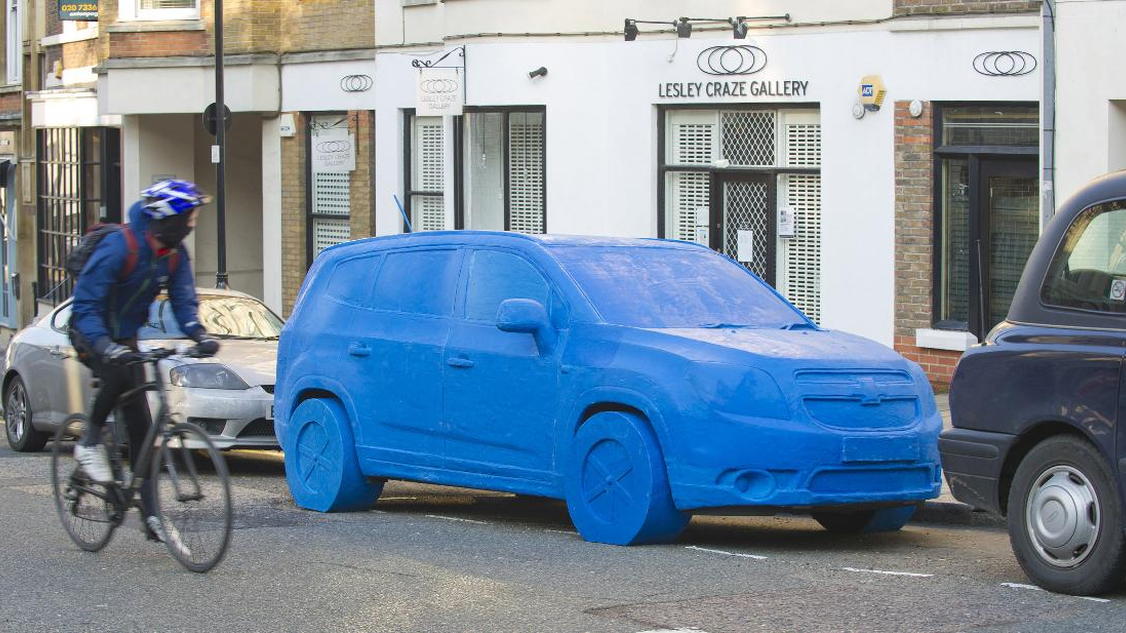 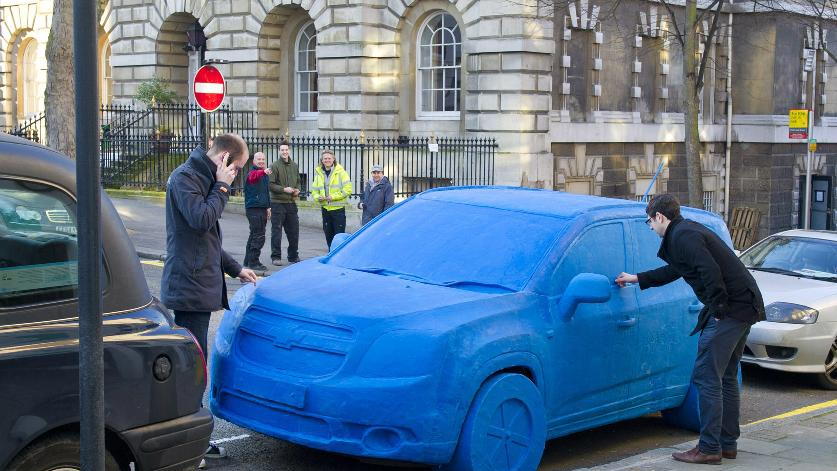 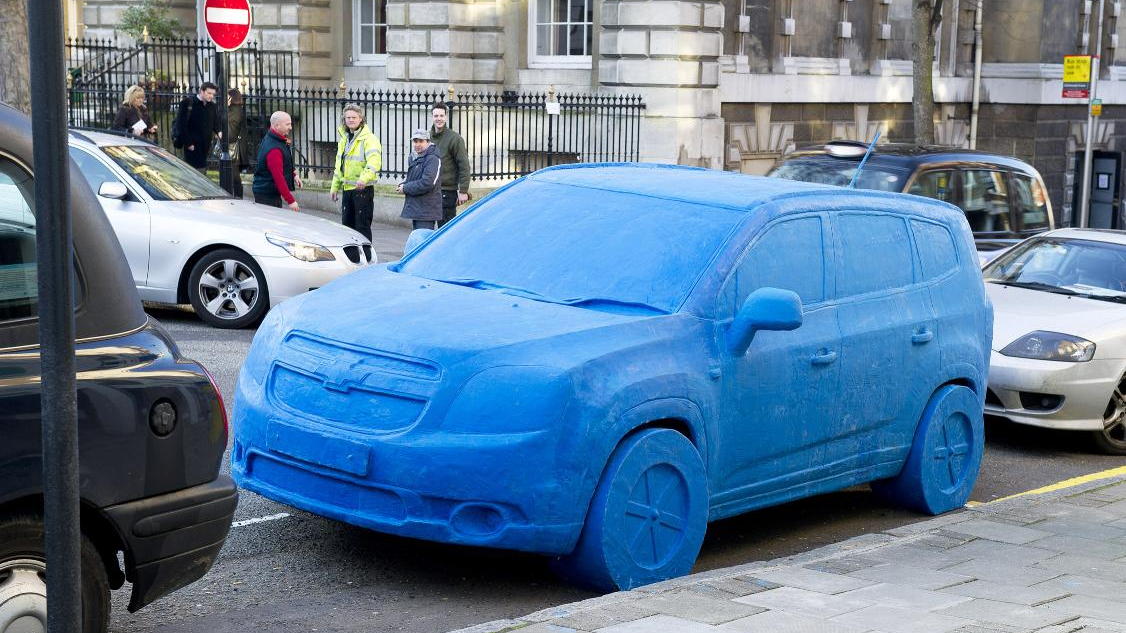 When people say that the 2011 Chevrolet Orlando is great for families with kids, your first thoughts are probably along the lines of loads of seats, lots of space, a tough interior and something that's cheap to run.

The Orlando that's appeared in a London street today is none of these things, but it's still great for kids. How can this be? Well, it's made entirely out of mouldable putty-toy Play-Doh, which Chevrolet U.K. research has revealed to be number one in a list of the top ten nostalgic toys.

At 15 feet long by just under six feet tall, it's the world's biggest Play-Doh sculpture and took a team of eight model makers two weeks to create from 3,300 lb of the substance, which does make it lighter than the actual car. The stunt marks the launch of the seven-seater in the U.K. and Play-Doh beat off LEGO as the most nostalgic toy, with 19 percent of the thousand-plus votes, to LEGO's 17 percent.

Kinder Eggs, Action Man (a U.K. interpretation of G.I. Joe), Barbie and marbles all made the top ten too, but we suspect it might have been more difficult to create a realistic-looking Orlando from any of these toys so it's just as well Play-Doh won. It's certainly more realistic than the LEGO BMW X1 from 2009, though to be fair the BMW was built by children and the Chevy constructed by professionals...

It remains to be seen how long it takes for the Orlando to get a parking ticket.