The Geneva Motor Show is one of the top auto shows each year for new cars, concepts and car technology, and 2011 was no exception.

Under the shining lights and amongst the glamorous girls were some pretty hot ideas and cool technology, so here we've chosen our favorite gadgets, details and tech from the 2011 Geneva Motor Show. 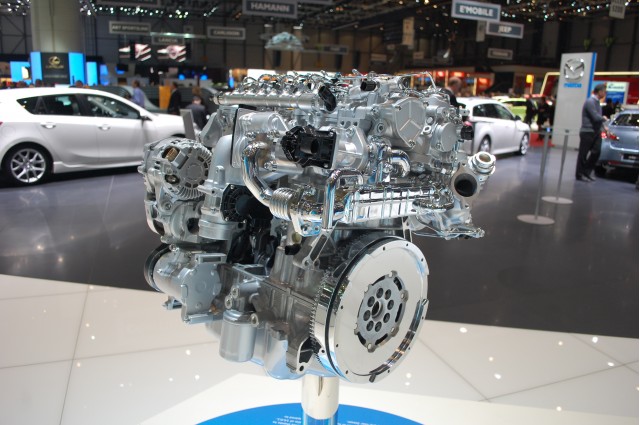 Possibly the most traditional technology to start off our list, Mazda had a small range of their new Sky engines on display. Perhaps not the most exciting pieces of technology at the show, but certainly an important development for internal combustion engines. The Sky range is said to offer hybrid-like economy with good power and torque even on a naturally-aspirated gasoline engine. And if that isn't enough, Mazda have developed a turbodiesel Sky unit too for even better performance and economy. The engines will soon be available in a whole range of Mazdas of all different sizes, including the next generation MX5 Miata. 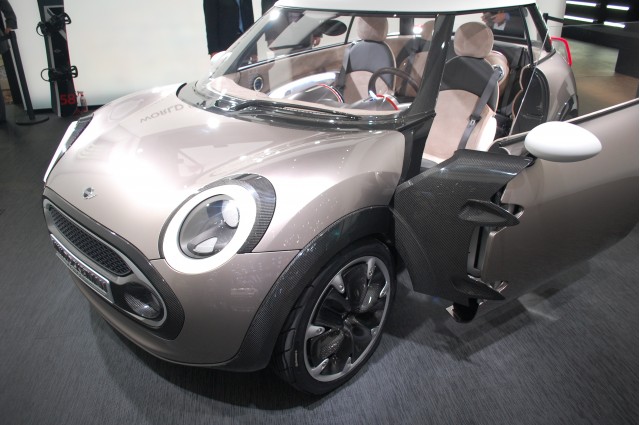 If there's one thing that marks out a concept as a concept, it's usually a weird and wonderful take on the plain old car door. MINI's Rocketman concept unveiled at Geneva is no exception. The Rocketman was so awash with brilliant design touches (a skeletal clear roof with an illuminated Union Jack, "handle" rear lights and more) that it's hard to single out the doors particularly, but they're also a practical solution to the problem entry and egress in tight European car parks. Unfortunately, it's a detail that's unlikely to make production. 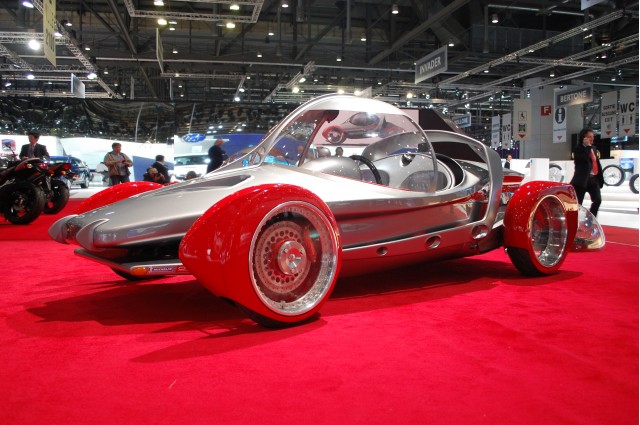 We could have just nominated the entire Sbarro Two-For-100 concept, which looks like a cross between an Ariel Atom and the Jetson's flying car and utilises the running gear from the previous generation smart fortwo. However, cool though the bubble canopy and visible horizontal dampers are, the Swiss concept's finest details are the faired-in wheels. The multi-piece wheels feature a polished rim and clear centre allowing you to see the brake rotors behind, but the tires are almost entirely hidden. We've not seen the car in action but it'll almost certainly look like it's hovering, just like that Jetsons family car.

As we've already mentioned, doors are one of the strongest features on a concept car, and they're also often the first detail to be toned down for production. Ford's B-Max could be different though. The car is based on the Fiesta floorpan and although the concept of sliding doors isn't new, the lack of a B-pillar between the front and rear doors certainly is. Some coupes such as the  Mercedes-Benz SL do without B-pillars, but the B-Max is one of the first to do the same trick between two sets of doors, and it gives unrivalled access to the interior. Perfect for the young families or older generations the car will almost certainly sell to. 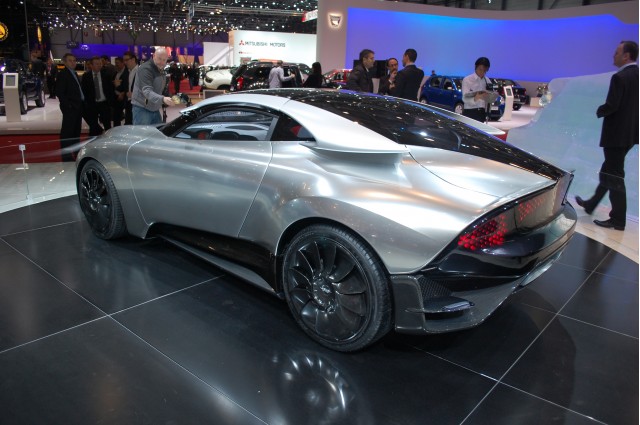 The PhoeniX concept was undoubtably one of Geneva's stars. Though the styling isn't to all tastes, it's certainly distinctive. Penned by Jason Castriota (responsible for the recent Lancia Stratos remake and James Glickenhaus's Enzo-based Pininfarina Ferrari P4/5 amongst others) the best details on the Phonenix are probably the wing-like surfaces that run along the roofline and incorporate rear-view cameras. Unfortunately, the design language has been pretentiously named "Aeromotional" which is enough to ruin a vehicle for anybody. 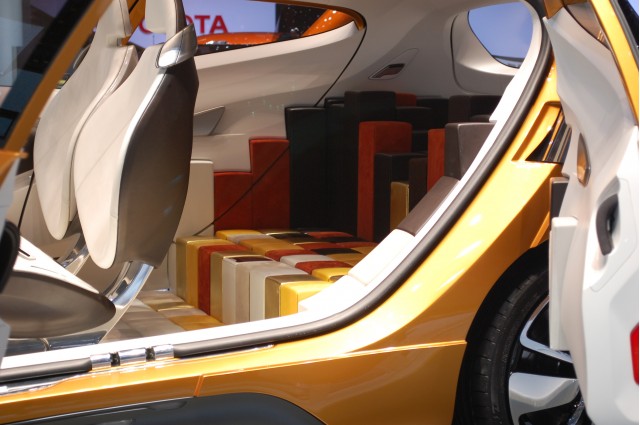 After the aforementioned doors and possibly after impossibly large wheels with hand-crafted tires, a completely crazy interior is next on the concept car checklist. Renault provided Geneva's most ludicrous interior with the spacious R-Space concept. Whilst the front seats were sulpted curled leaf-like perches, the rear bench is comprised entirely of box-like cushions in varying shades of orange, red, gold and gray. They're probably much more comfortable than they look, but we can't see them passing safety tests. Incidentally the R-Space marked the second vehicle at the show with no B-Pillar, proving lightning does strike twice in the same place.