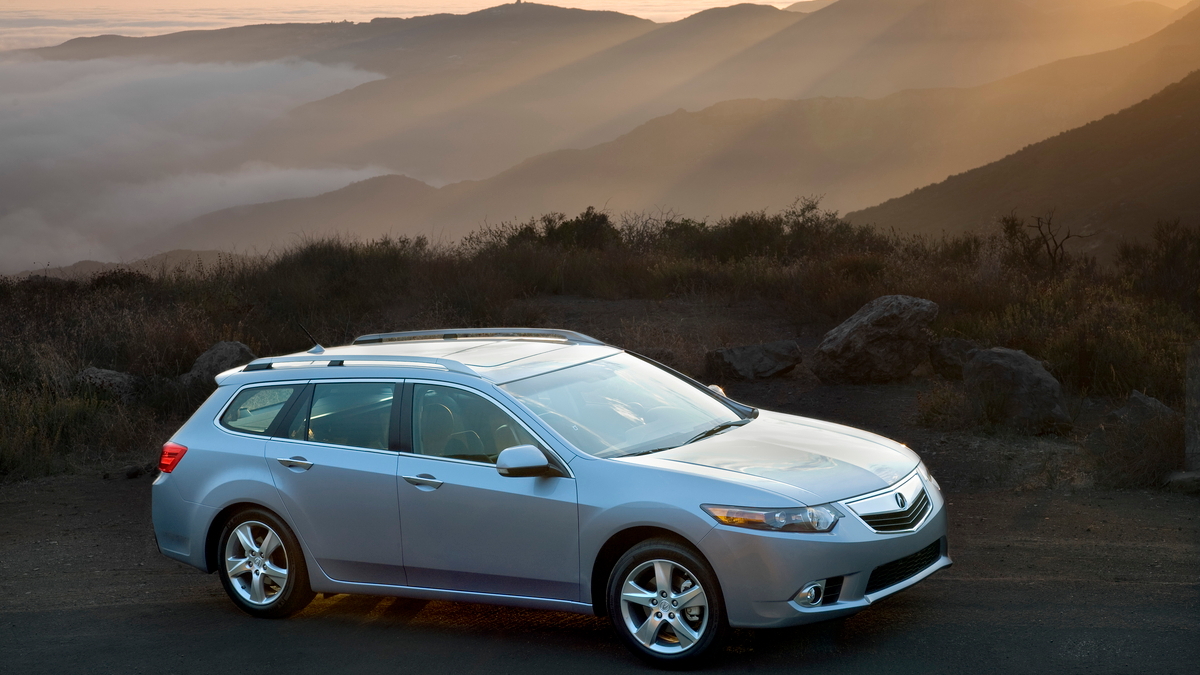 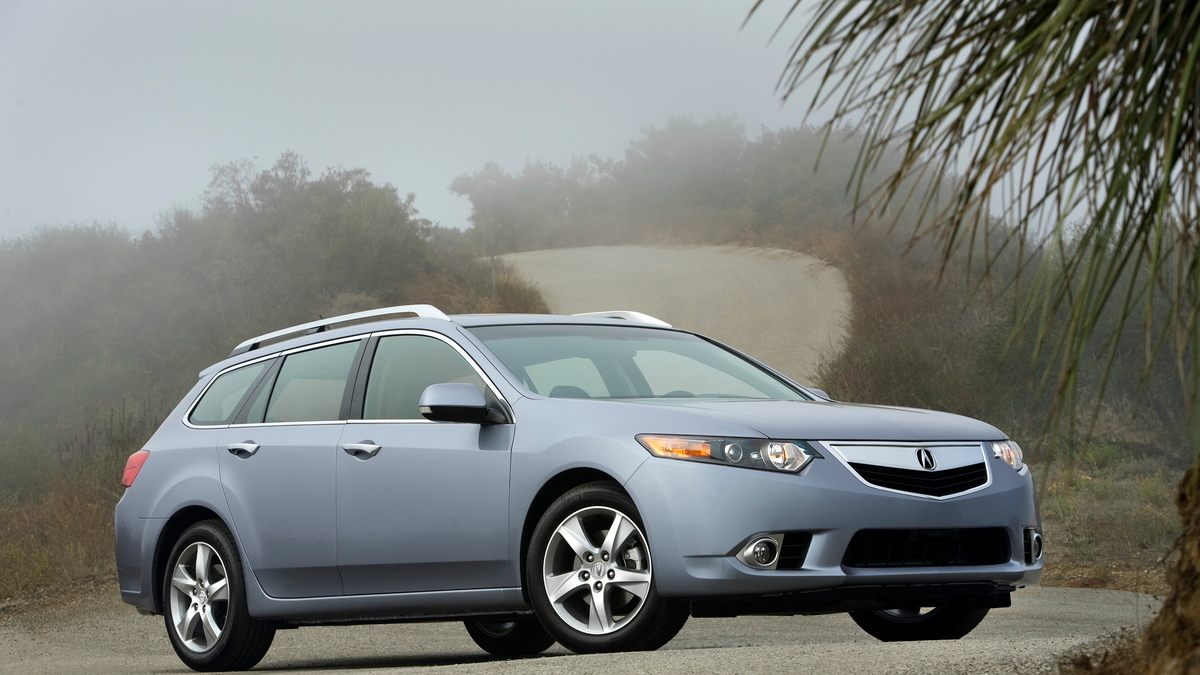 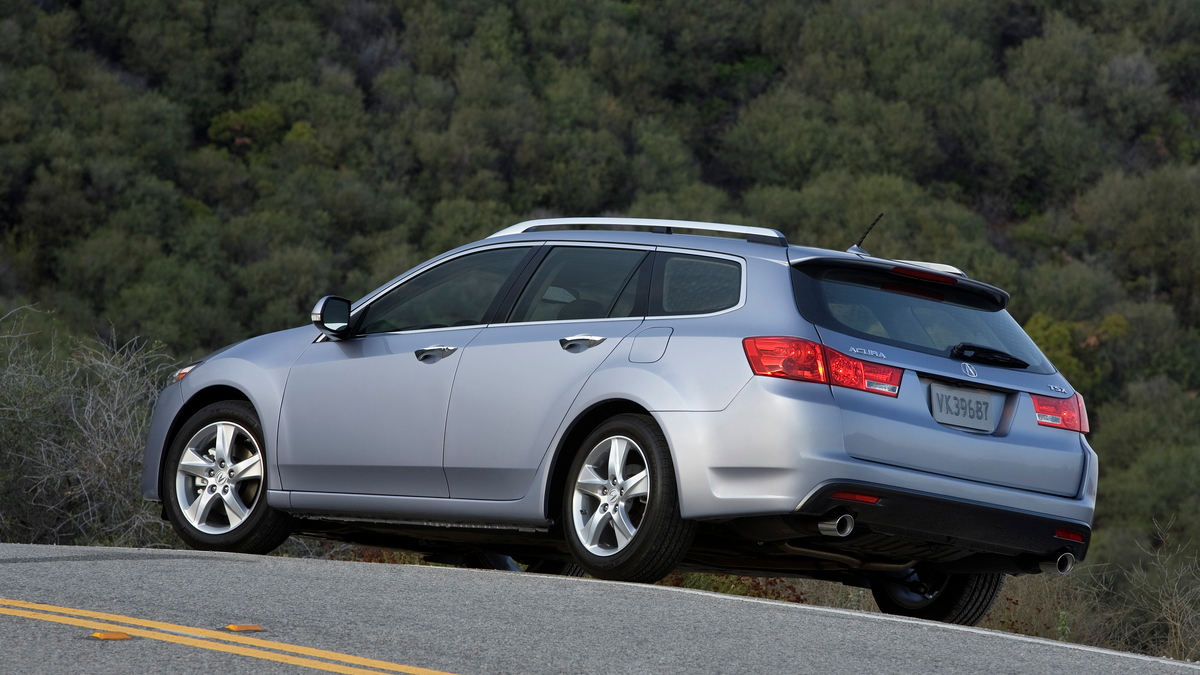 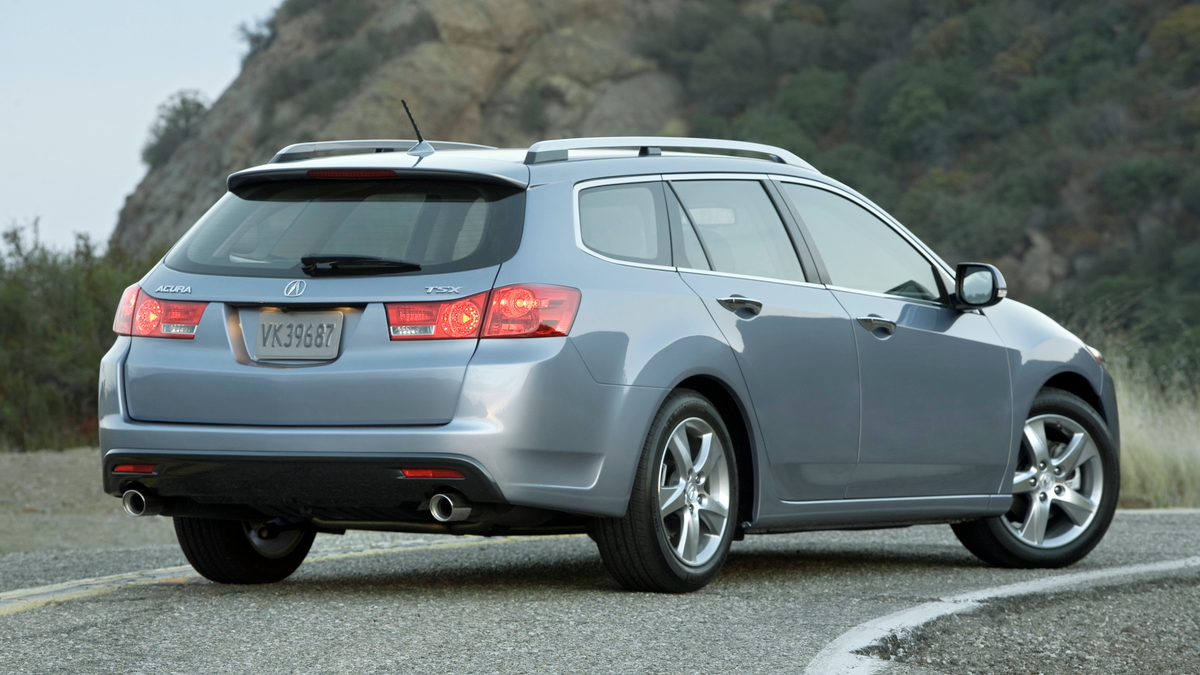 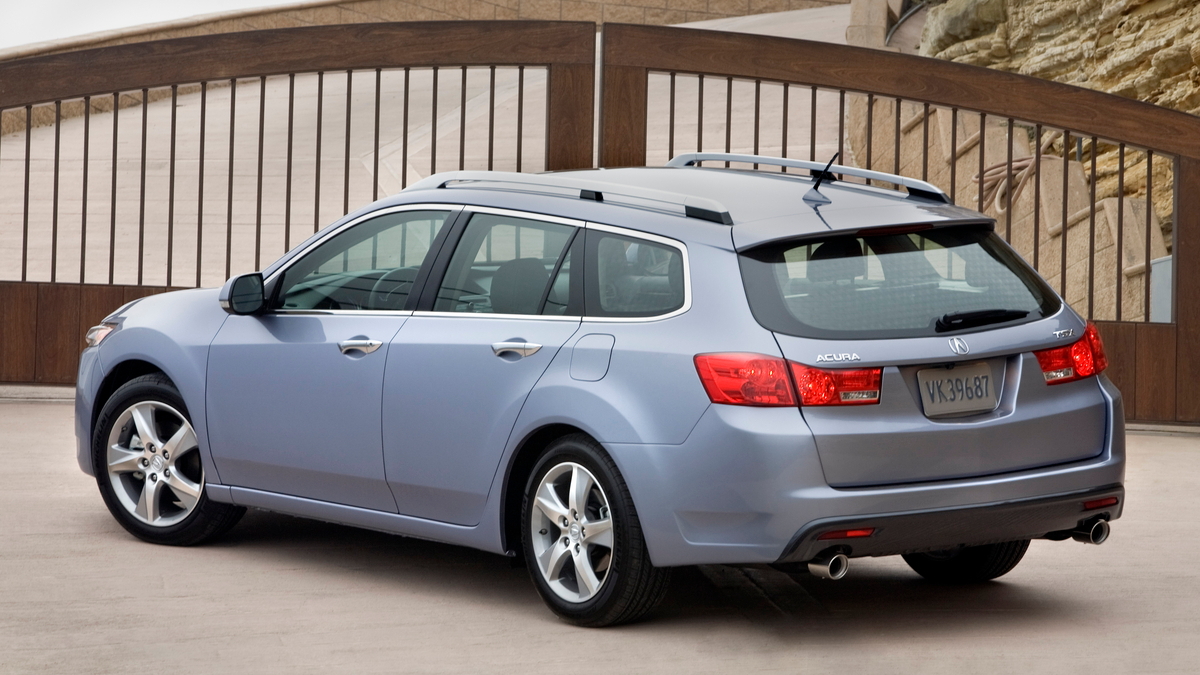 The 2011 Acura TSX Sport Wagon made the cut for TheCarConnection's Best Car to Buy 2011 competition, though the new Hyundai Sonata passed it for the top honors. But with an overall score of 8.5 out of 10 riding on last year's TSX sedan, we're expecting great things from the Sport Wagon in our first drive tomorrow.

This week, we're getting our first shot behind the wheel of the new family hauler outside of San Francisco. Before our first drive, we're bringing you a batch of new TSX Sport Wagon photos just issued by Acura. The new wagon looks good in person--and now you can see it in two shades, to see if the European design wears as well in America as it does Over There.

The TSX Sport Wagon isn't substantially different--cargo hold aside--from the TSX sedan, which appeared at the 2010 Los Angeles auto show in refreshed form. The drivetrain is a bit more limited, though: the wagon only will be offered with the 201-horsepower four-cylinder engine and five-speed, paddle-shifted automatic, while the sedan still offers a manual version, as well as a V-6 option.

With a base price of $30,960 not including destination charges, the TSX Sport Wagon gives luxury shoppers a new choice in a segment crowded with European names like Audi, BMW and Volvo. The TSX's 22/30 mpg rating from the EPA is sure to attract some new wagon fans, as should its standard leather seating, Bluetooth, USB port and satellite radio.

For High Gear Media's latest review of the entry-level Acura, head over to TheCarConnection's 2010 Acura TSX page. Stay tuned tomorrow as we file live driving impressions via Twitter @therealma #tsxwagon, and follow up this week with our first drive right here at MotorAuthority.