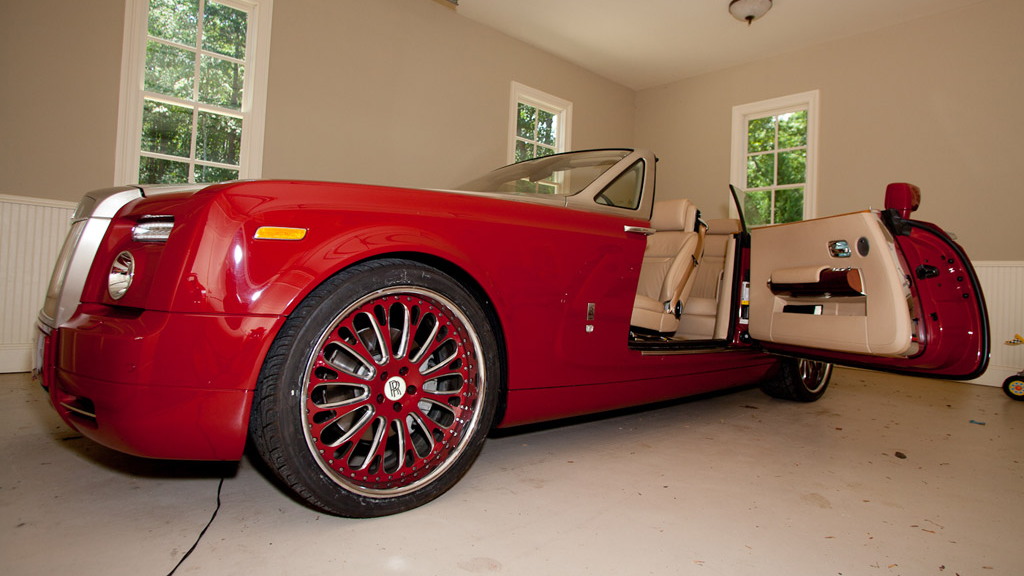 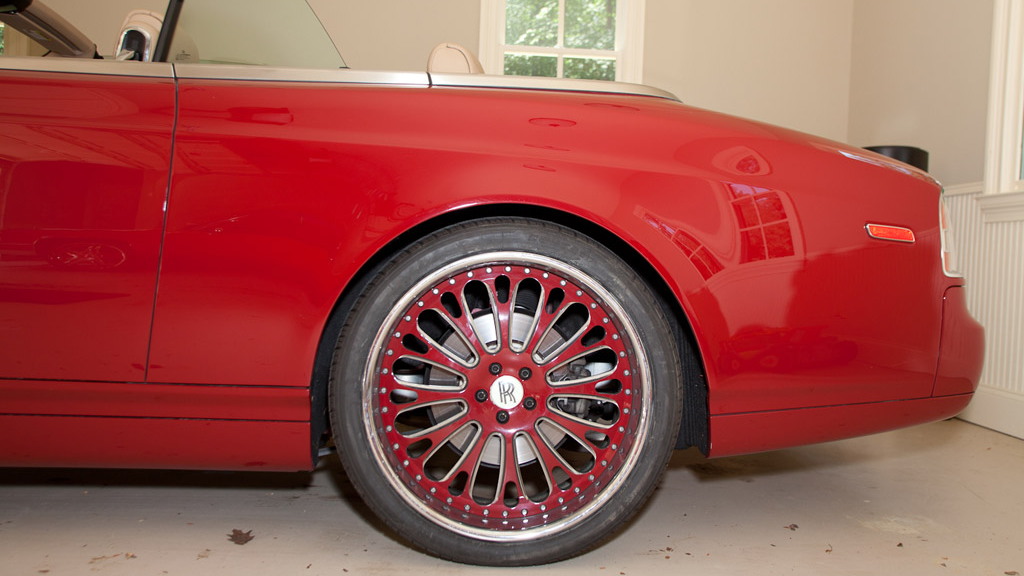 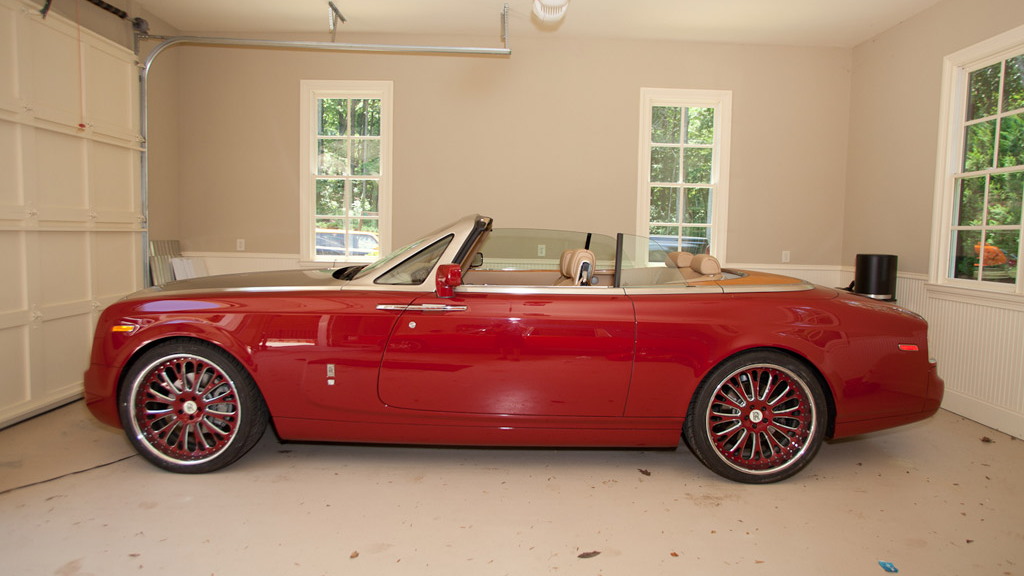 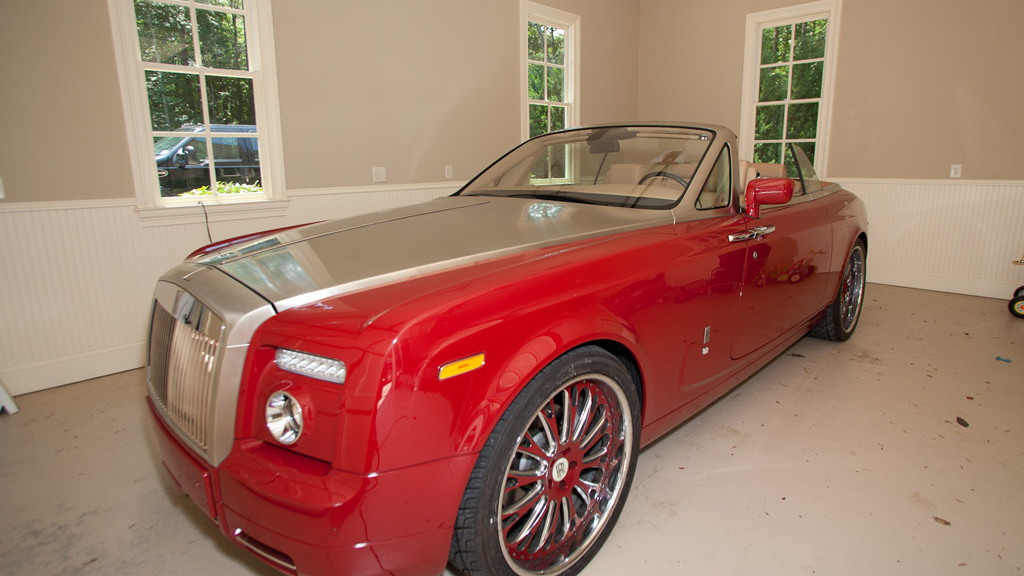 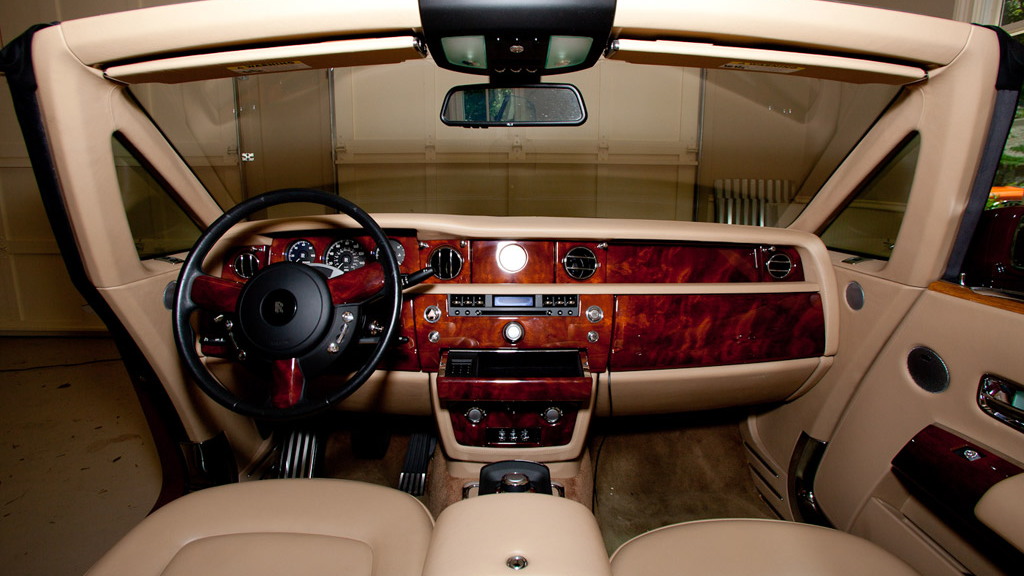 5
photos
The Rolls-Royce Phantom Drophead Coupe is a favorite among musicians and sports stars all over the globe but one very special edition stands out among the rest, a brand new 2009 model decked in blood red and customized to the hilt.

Like a young Jay Leno, T-Pain is an avid car enthusiast and has several videos on YouTube featuring his own commentary on his passions for cars. Also like Jay Leno, the young rapper also has the wealth behind him to support his expensive hobby, which appears to be collecting all sorts of luxury and performance vehicles.

T-Pain is the co-owner of Auto Extremes, a vehicle customizer based in Georgia and the creator of the Phantom Drophead Coupe seen here--allegedly the first one built for North America. Some of the vehicle’s highlights include 24 inch wheels, a titanium hood and plenty of teak-decking at the rear.