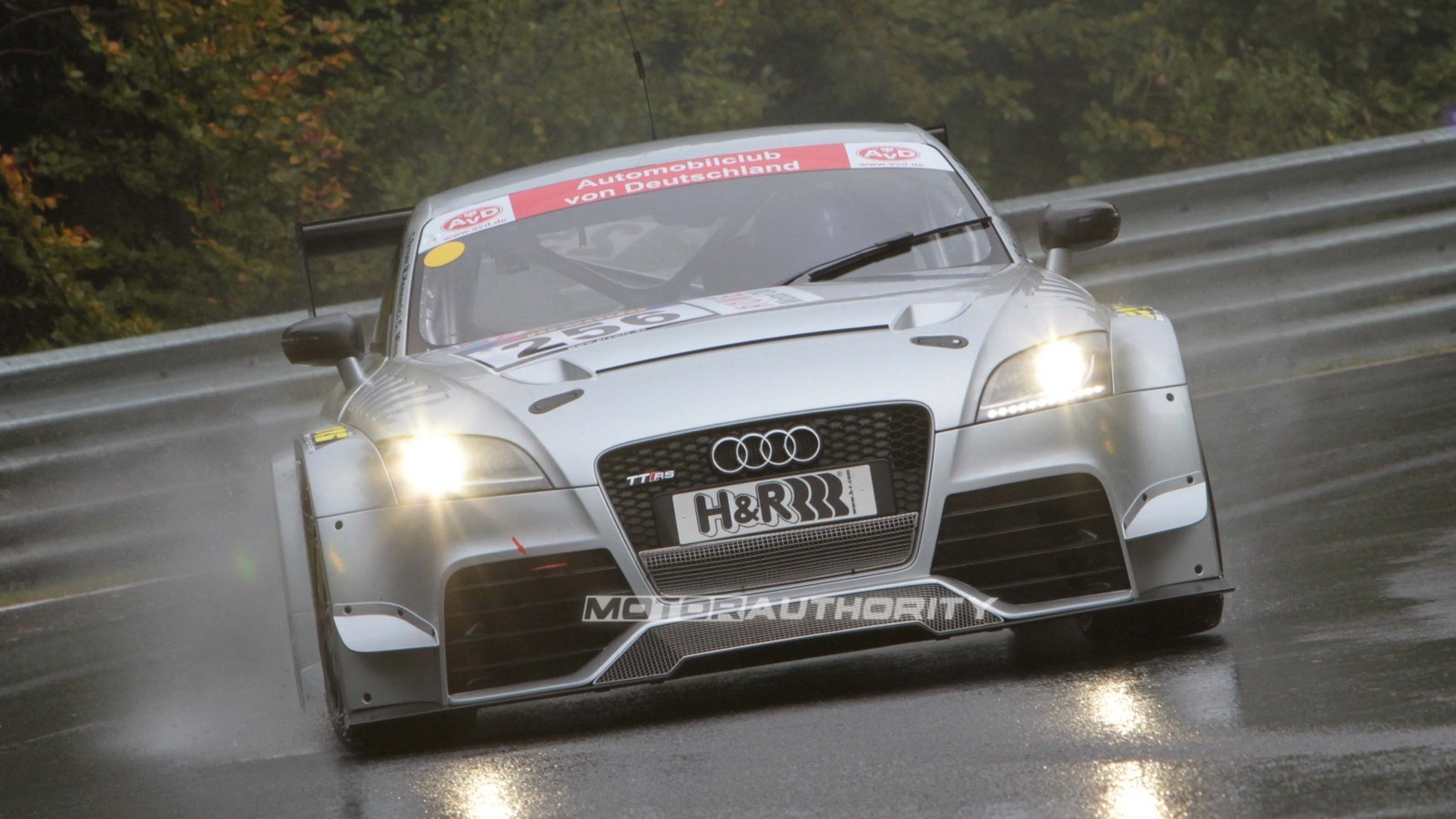 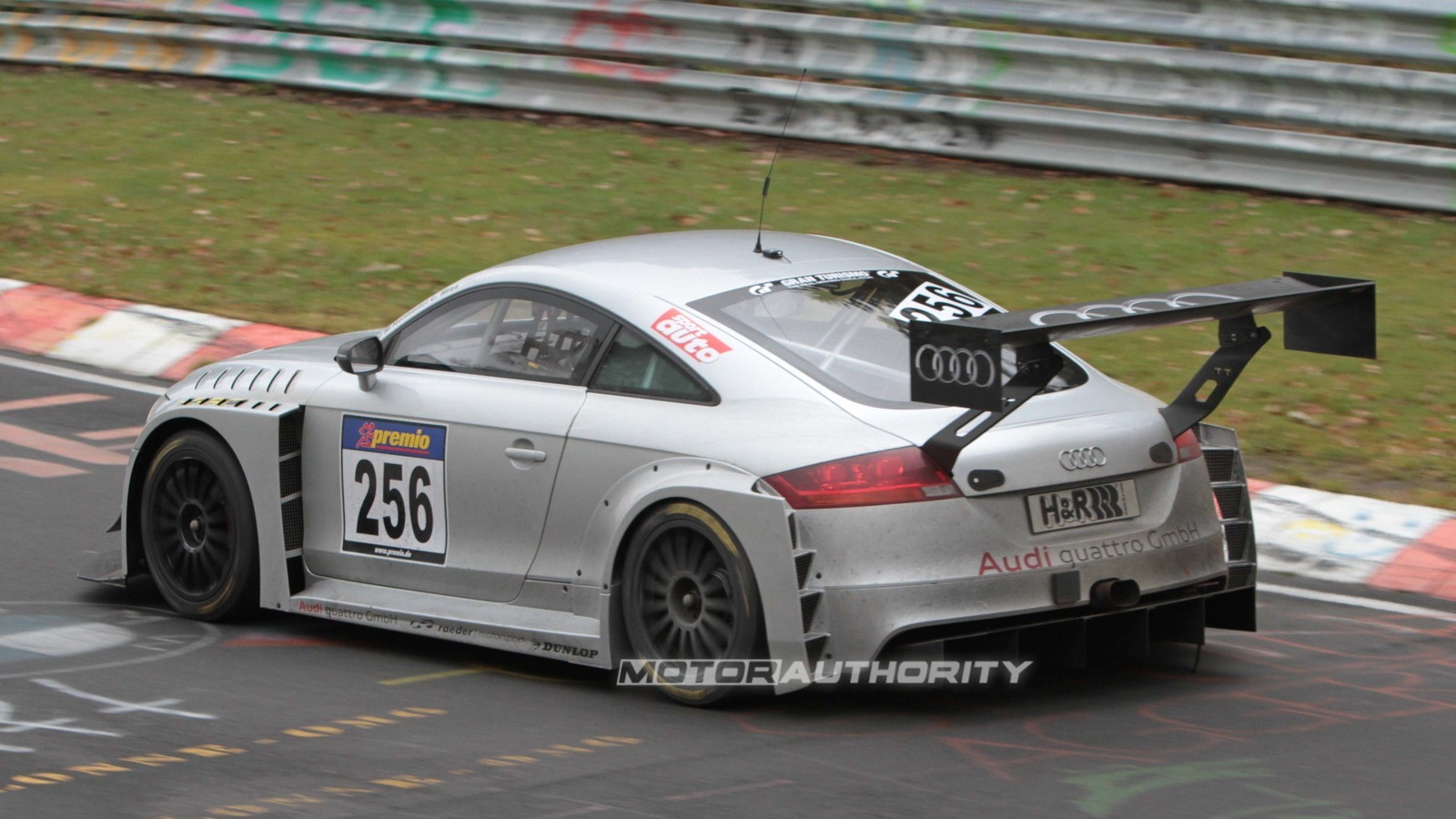 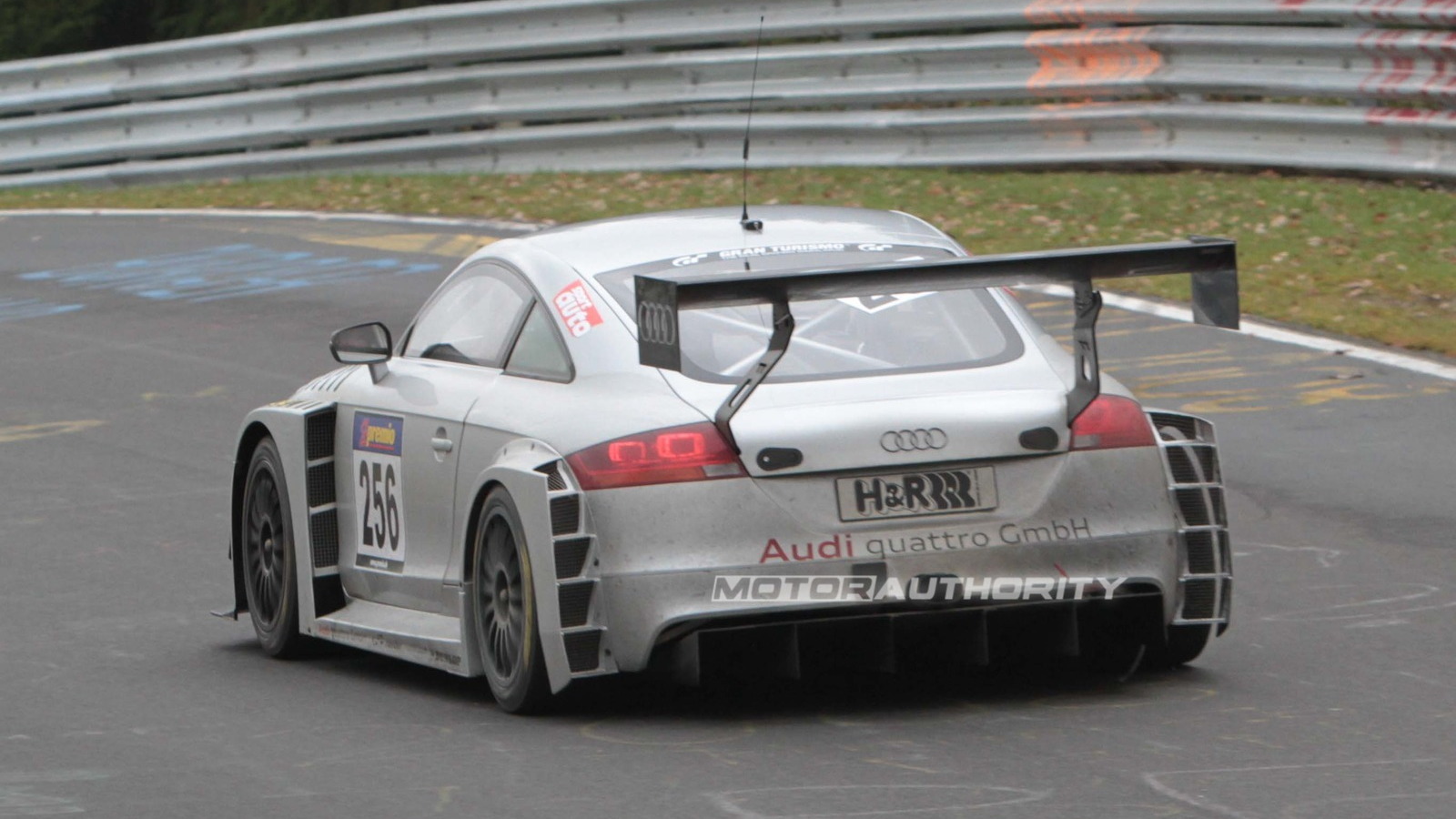 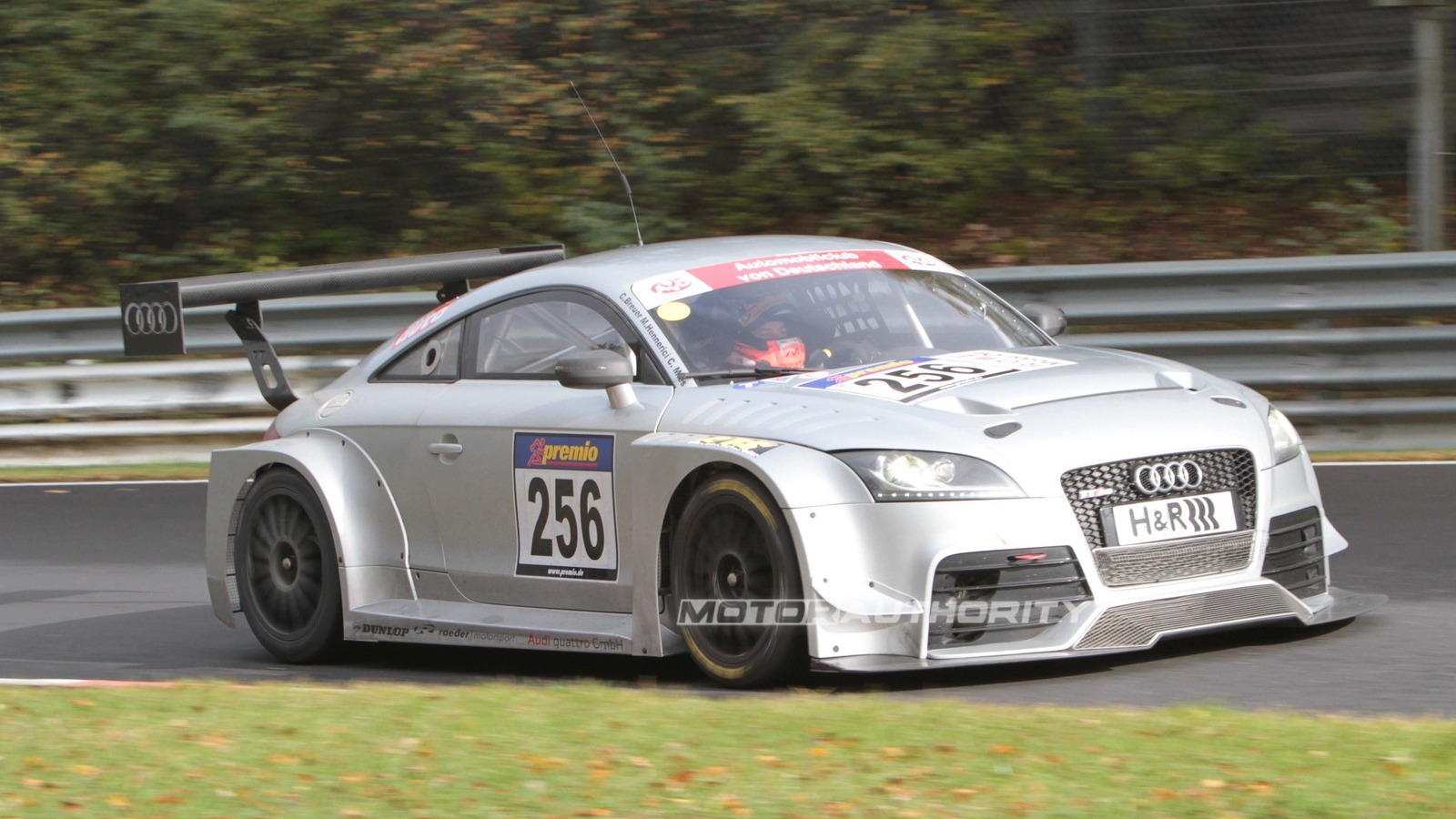 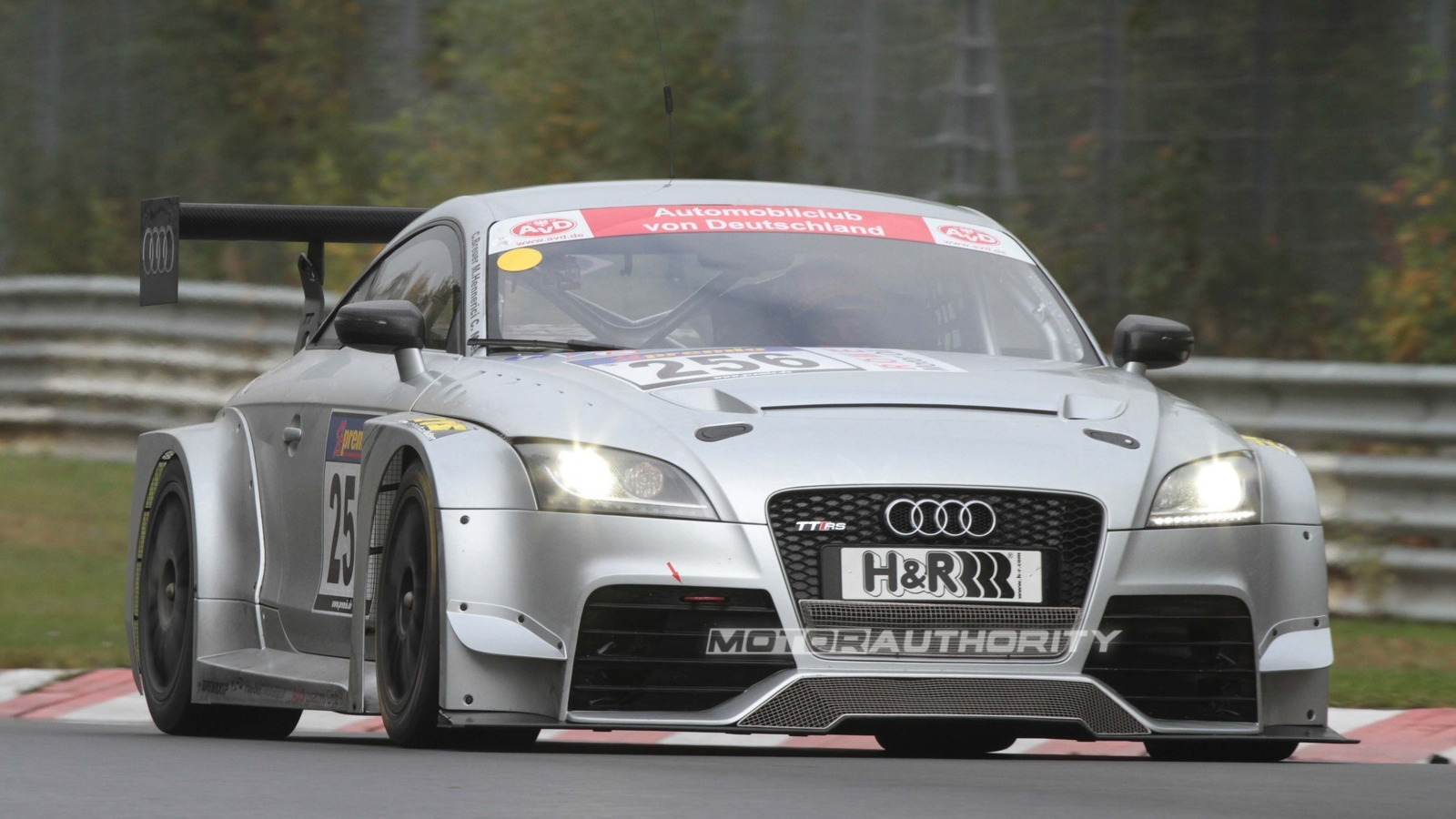 Audi's hottest version of the TT, the 2012 TT RS, raises the bar for compact, front-engine, all-wheel drive sport coupes, and it's coming to the U.S. late next year. Audi is so confident in the car's capabilities, it's building a racing version, shown here in action at its debut.

Built in conjunction with Audi's motorsports arm, Quattro GmbH and Raeder Motorsports, the new TT RS is built for Europe's popular VLN endurance racing series. Specs on the car's output aren't yet known but we'd expect the 2.5-liter turbocharged engine to be putting out some considerable figures, as it's built with some of the same components used in Audi's R8 LMS endurance racer.

The production TT RS is nothing to sniff at, either. Powered by a production 2.5-liter turbocharged five-cylinder, it's rated at 360 horsepower and 4.6 seconds to 60 mph. And it's available with a good ol' fashion six-speed stick.