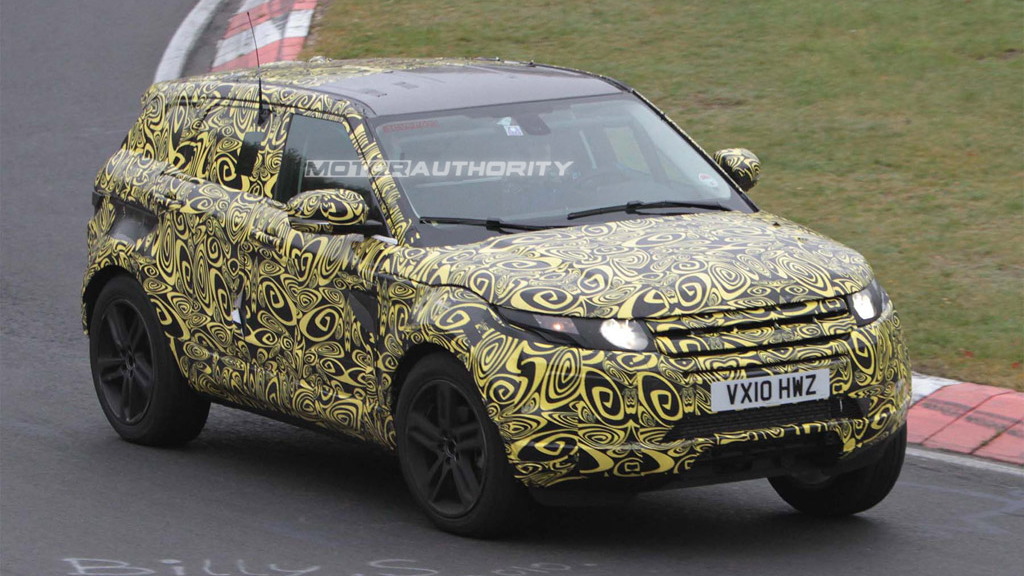 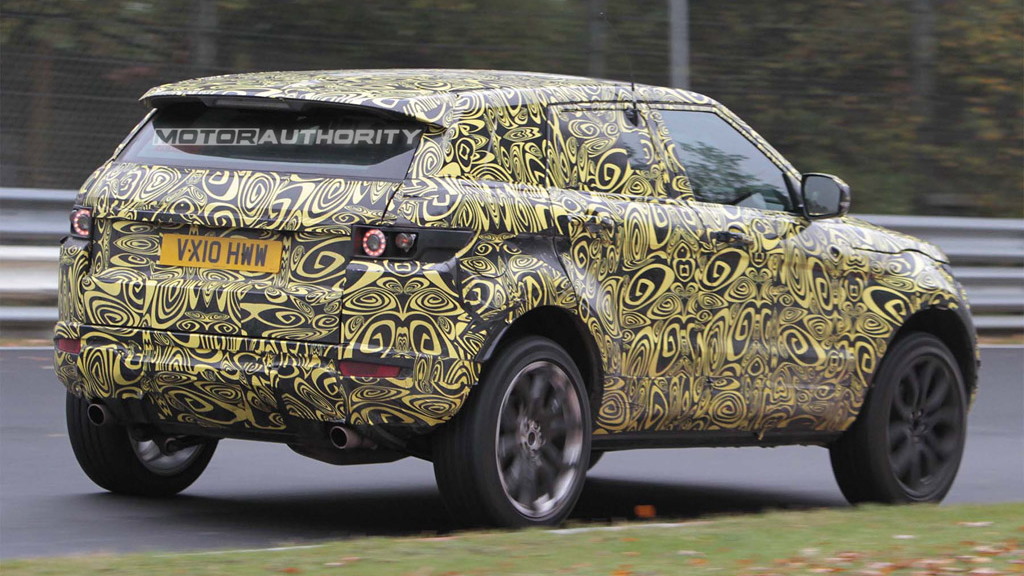 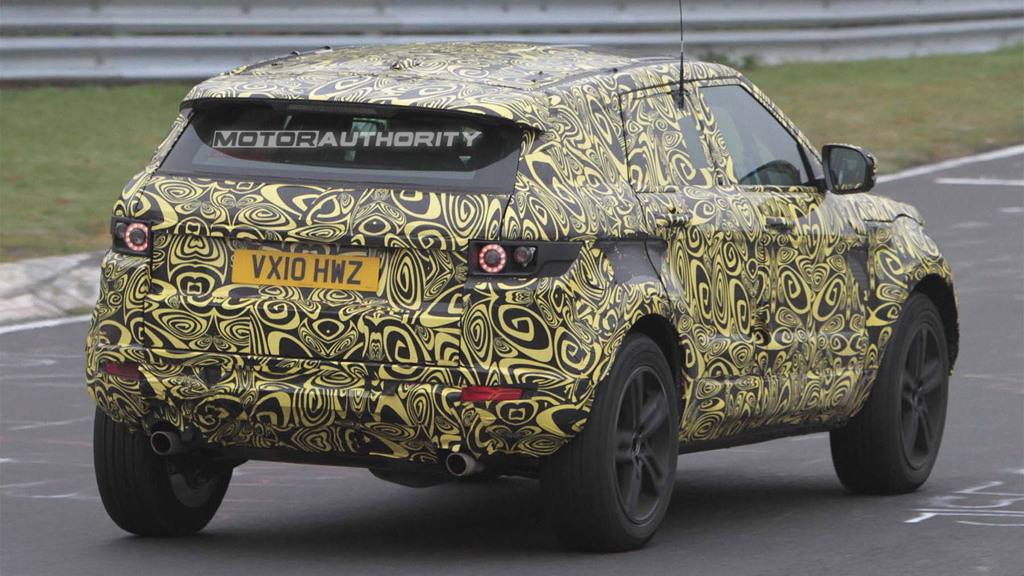 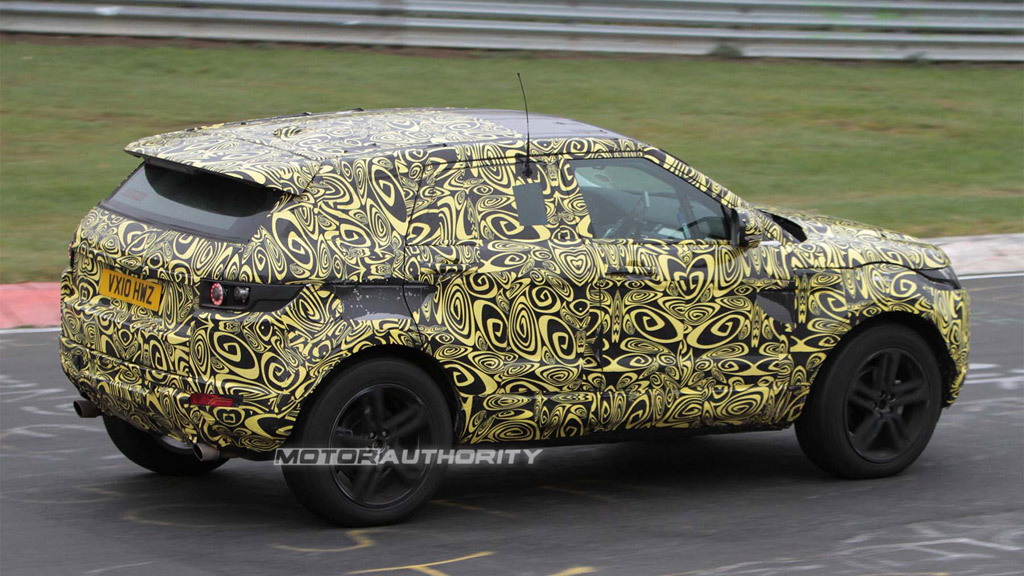 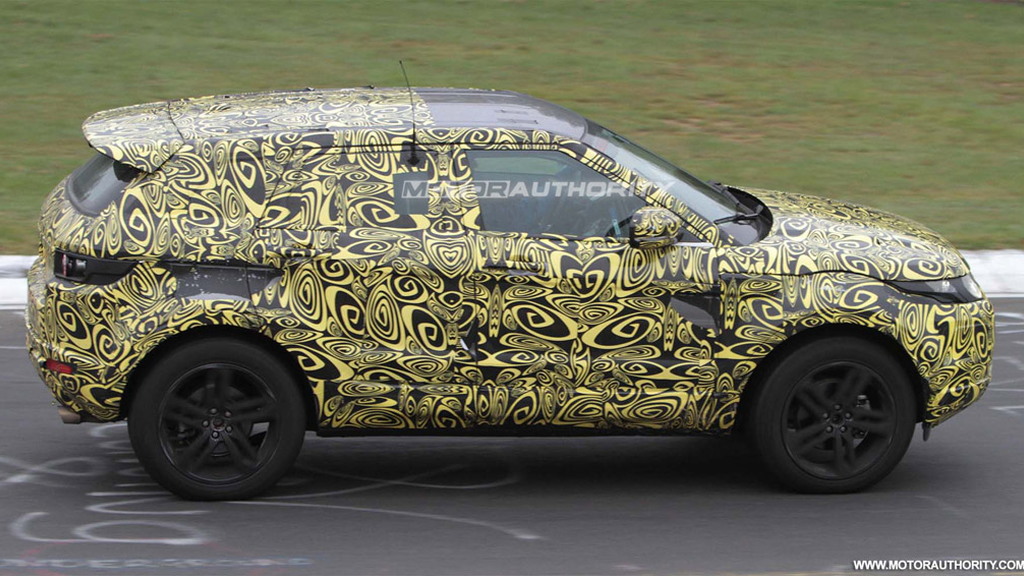 Dynamically designed and arrestingly attractive, the 2012 Range Rover Evoque has won much praise on the auto show circuit and though the crossover is already headed to production, so far only the three-door version has been officially revealed. However, a leaked image of a five-door Evoque recently shown to dealers has hit the web and now we have new spy shots of the five-door testing on the Nurburgring circuit in Germany.

The original LRX concepts (there were a pair of black and white versions) featured a three-door bodystyle, but these latest spy shots confirm that a more practical five-door variant will also be launched.

The LRX will arrive in the U.S. in fall of 2011 as a 2012 model. Production will be handled at Land Rover’s Halewood facility in the UK, which employs about 2,000 people and is currently responsible for the LR2.

Last year, Land Rover gave a tentative confirmation that a hybrid version would also be offered alongside the regular gasoline and diesel models. The original LRX concepts were first revealed at the 2008 Detroit Auto Show and featured a new 2.0-liter diesel-hybrid powertrain, which when running on bio-diesel achieves a fuel-economy of 60 mpg.

To see images of the three-door version following its world debut at the 2010 Paris Auto Show, click here.