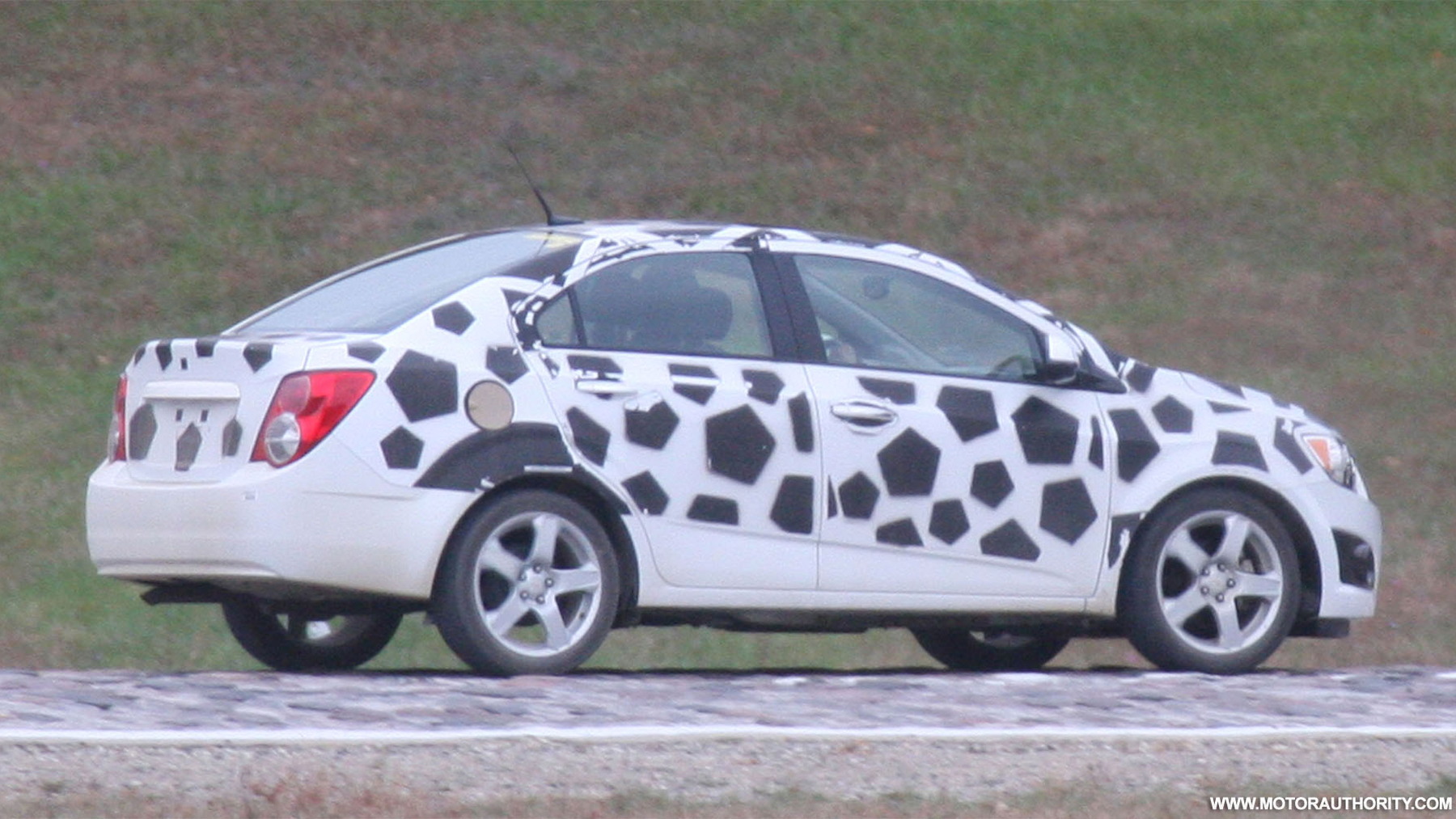 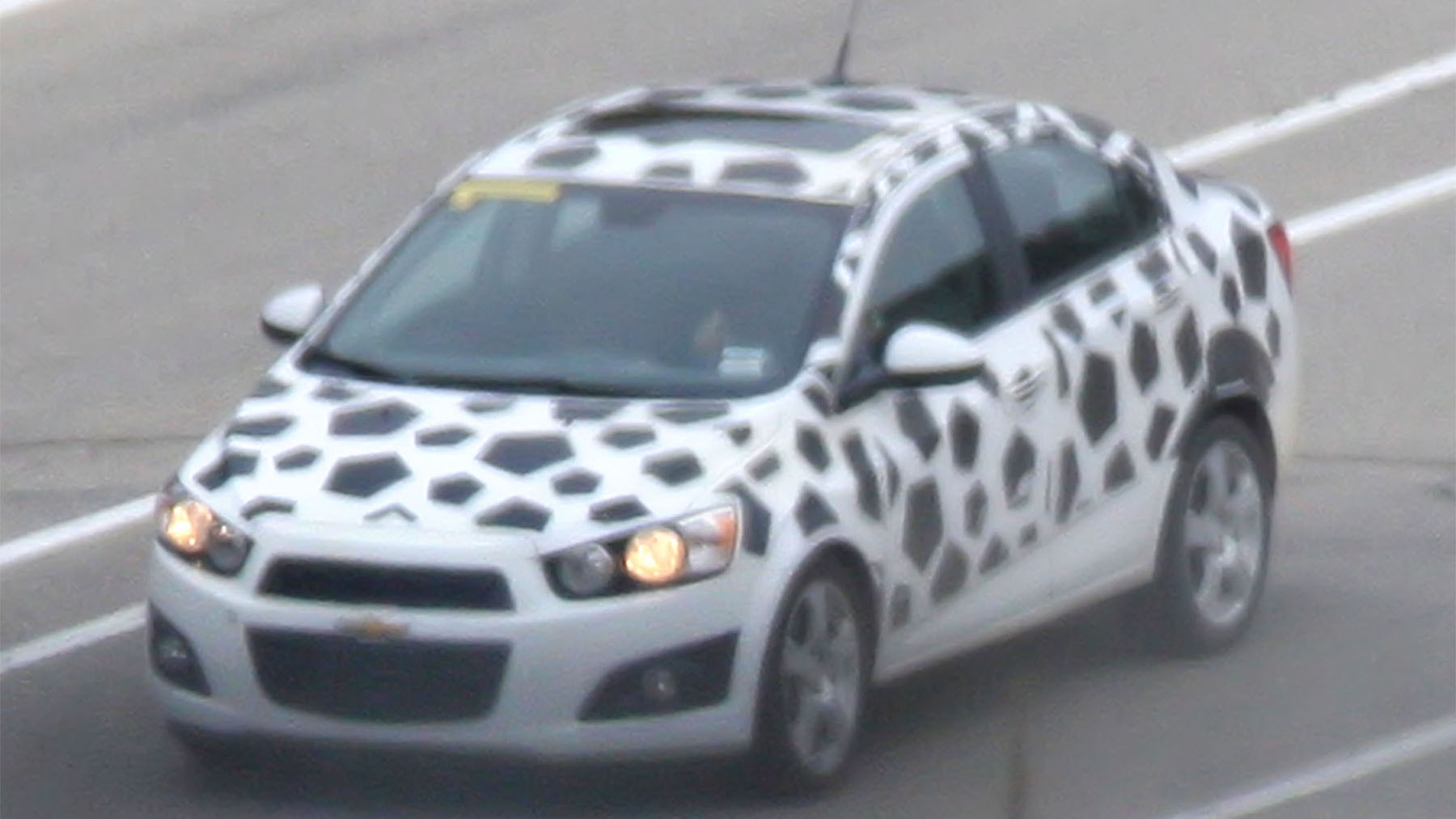 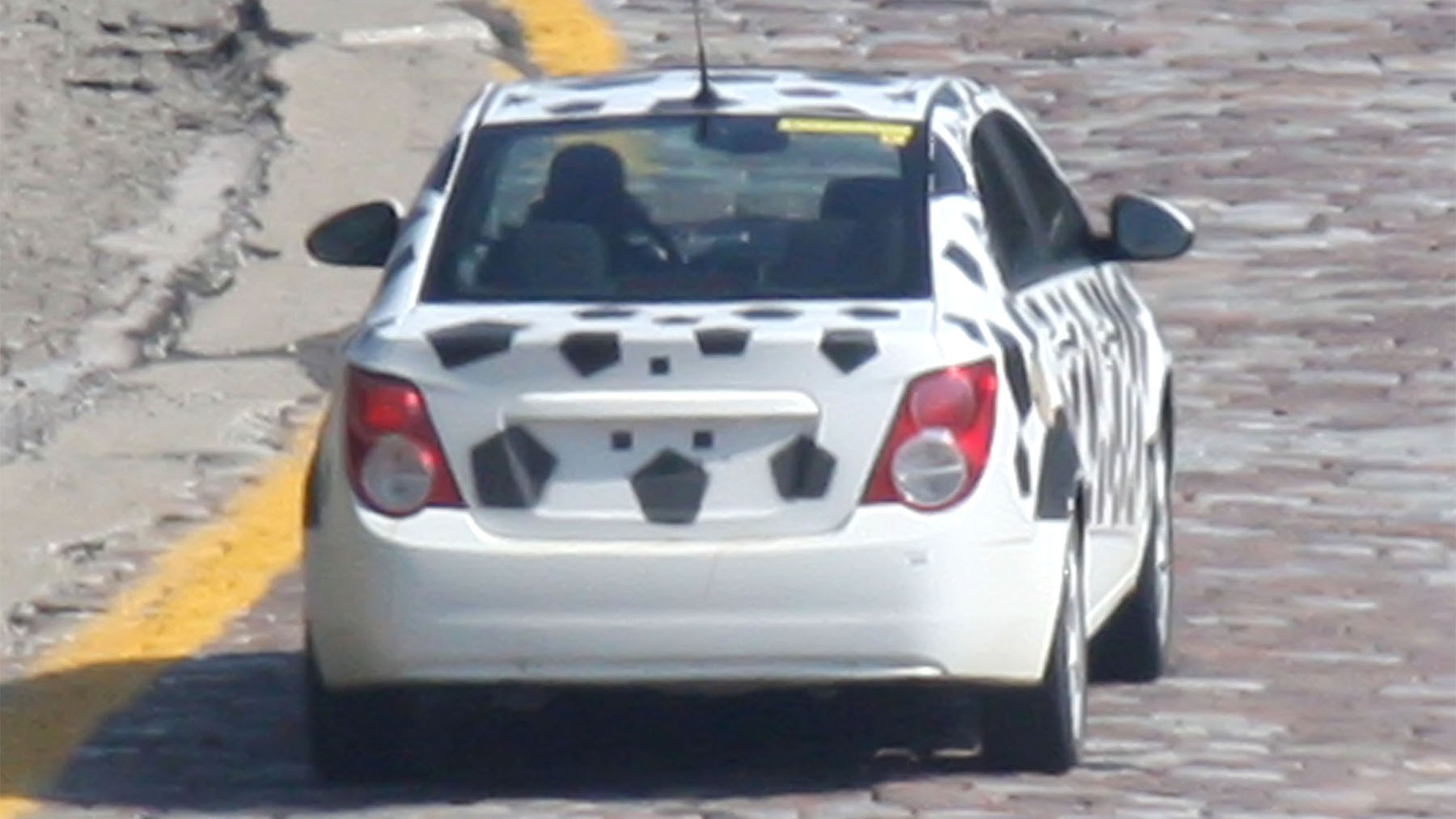 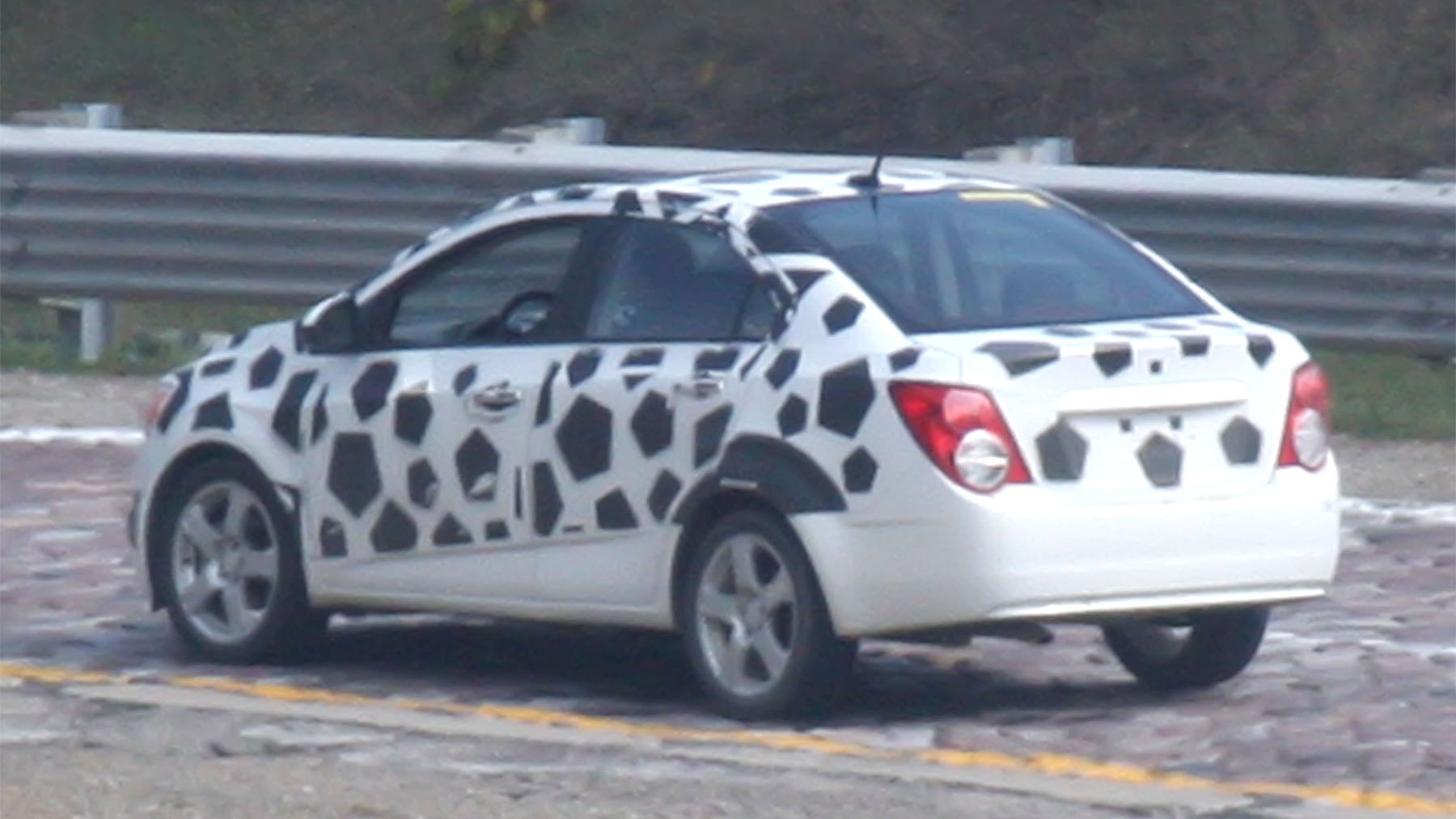 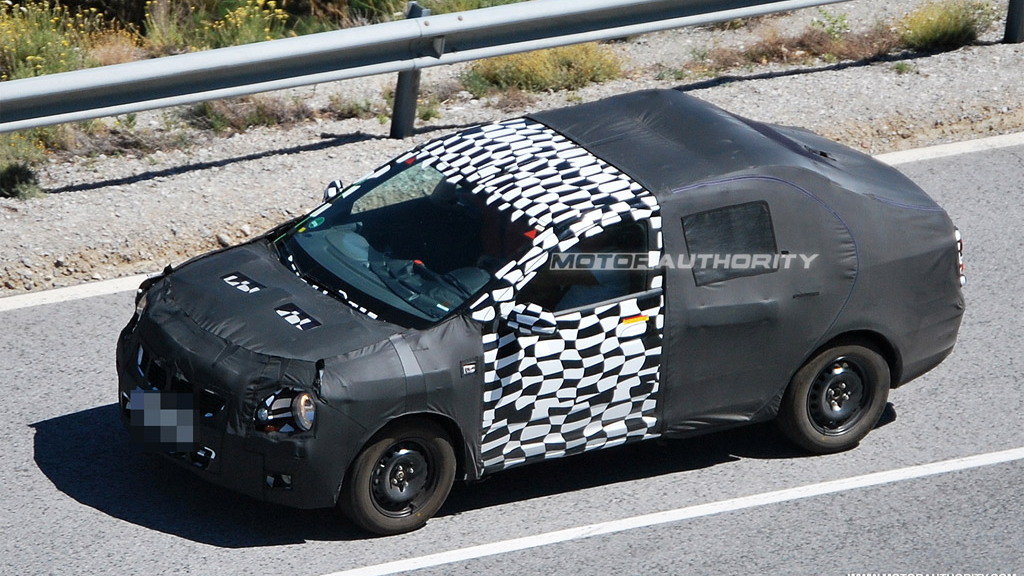 With the 2012 Chevrolet Aveo, General Motors is taking its small car destiny in its own hands, bringing its Honda Fit fighter home to America--at least in terms of design and production. Unlike the first-generation model, which was designed largely in South Korea, the new Aveo will be mostly homegrown, and if the recently revealed Hatchback model is anything to go by it looks like GM has a definite winner on its hands with this Aveo Sedan.

We already have a fairly good idea as to how the new Aveo Sedan will look thanks to the Hatchback's reveal but these latest spy shots, plus previously released official renderings, put an end to most of the guess work.

The introduction of a four-door sedan, as well as the regular hatchback, means the new 2012 Chevrolet Aveo lineup will stand a better chance competing against the likes of the Ford Fiesta and the hatchback-only Honda Fit. The interior gets Chevrolet’s new family styling, which sees it share much of its design with cars like the Cruze and Equinox.

Underneath the new sheet metal is GM’s Global Gamma II chassis, which is capable of spawning the pictured Sedan, plus three- and five-door Hatchback bodystyles. U.S. delivered Aveos are expected to feature 1.4- and 1.6-liter four-cylinder gasoline engines, with power output ranging from about 100 to 115 horsepower. A new six-speed automatic transmission is also expected to be featured, a first for GM’s small car.

The 2012 Chevrolet Aveo Hatchback and Sedan are expected to go on sale in January of next year, with production taking place at GM's Orion Township plant in Michigan.