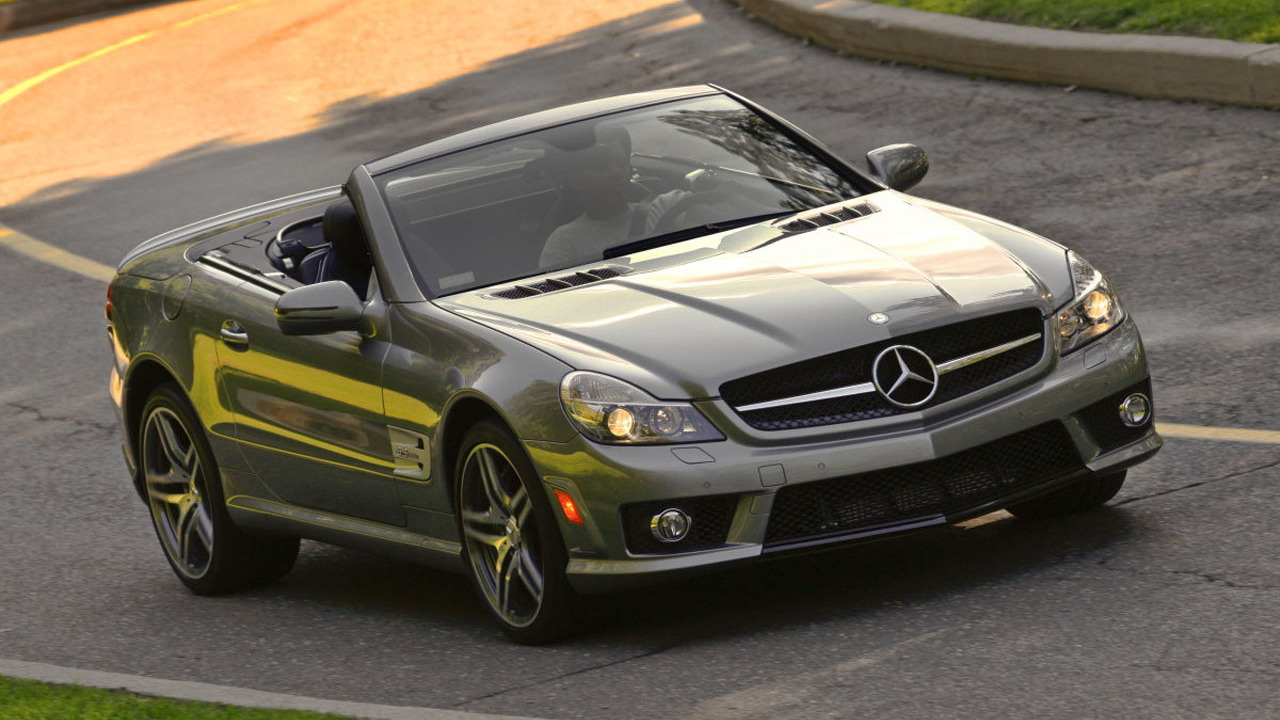 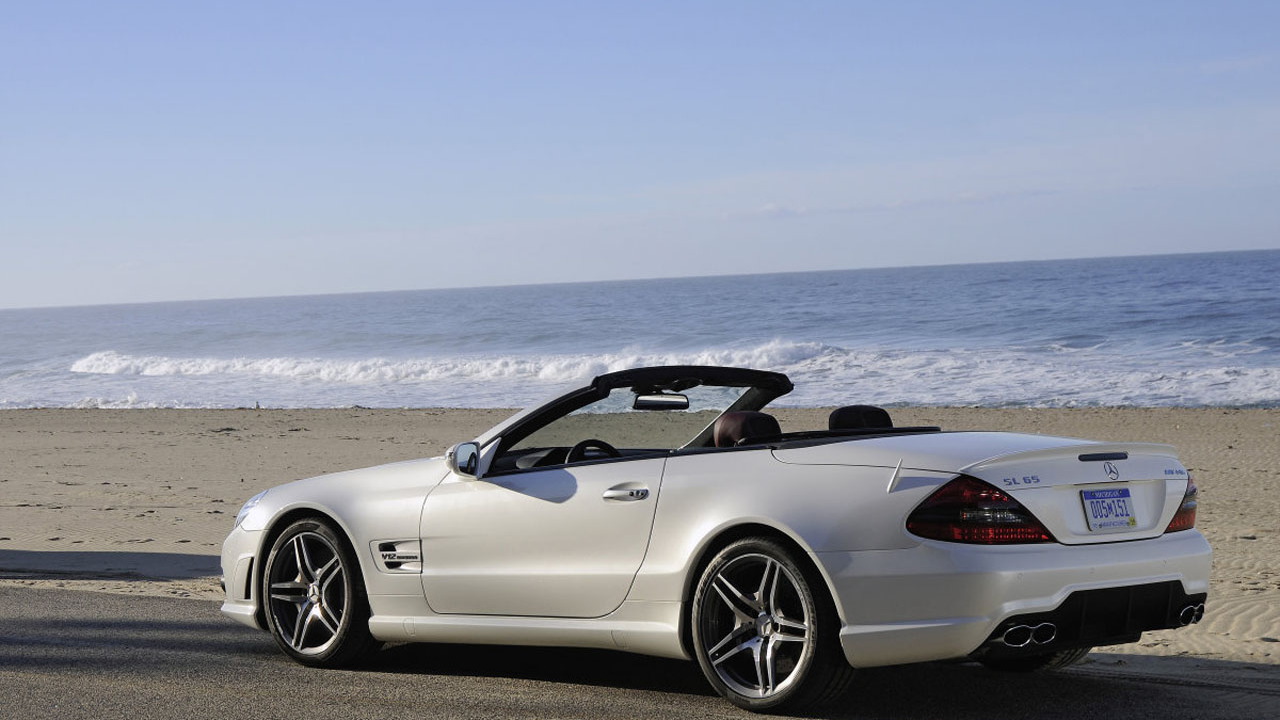 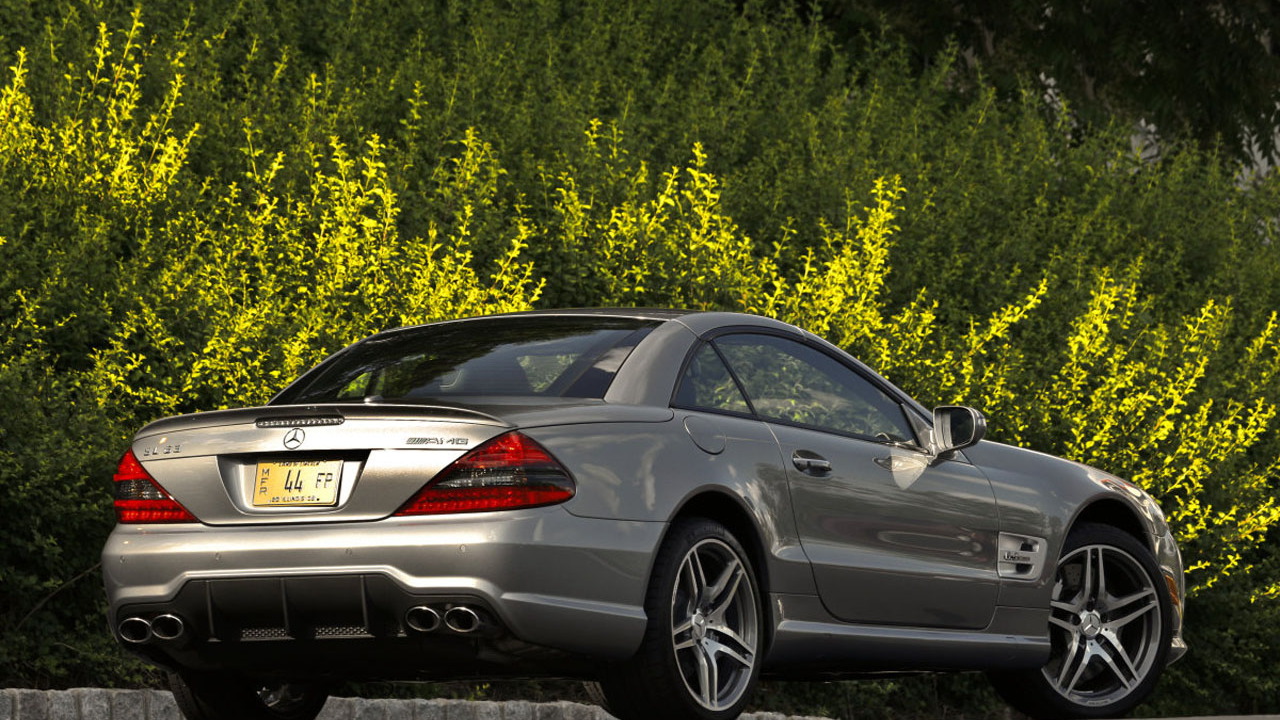 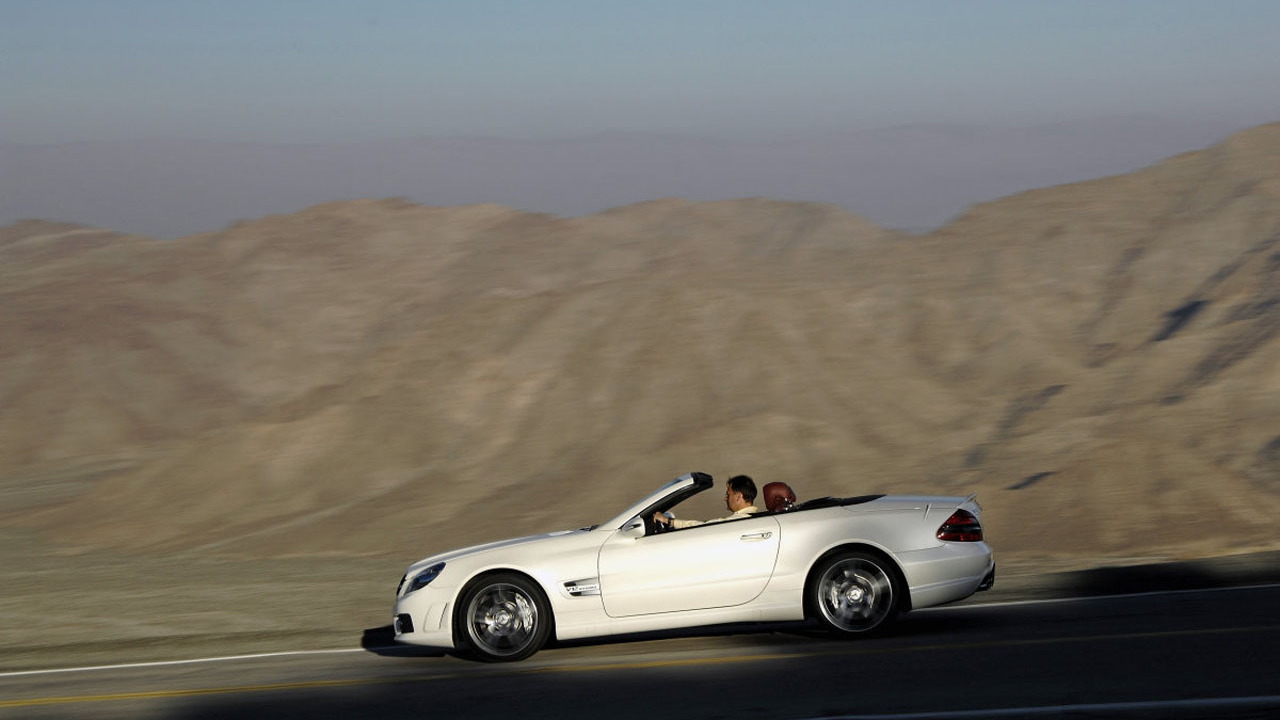 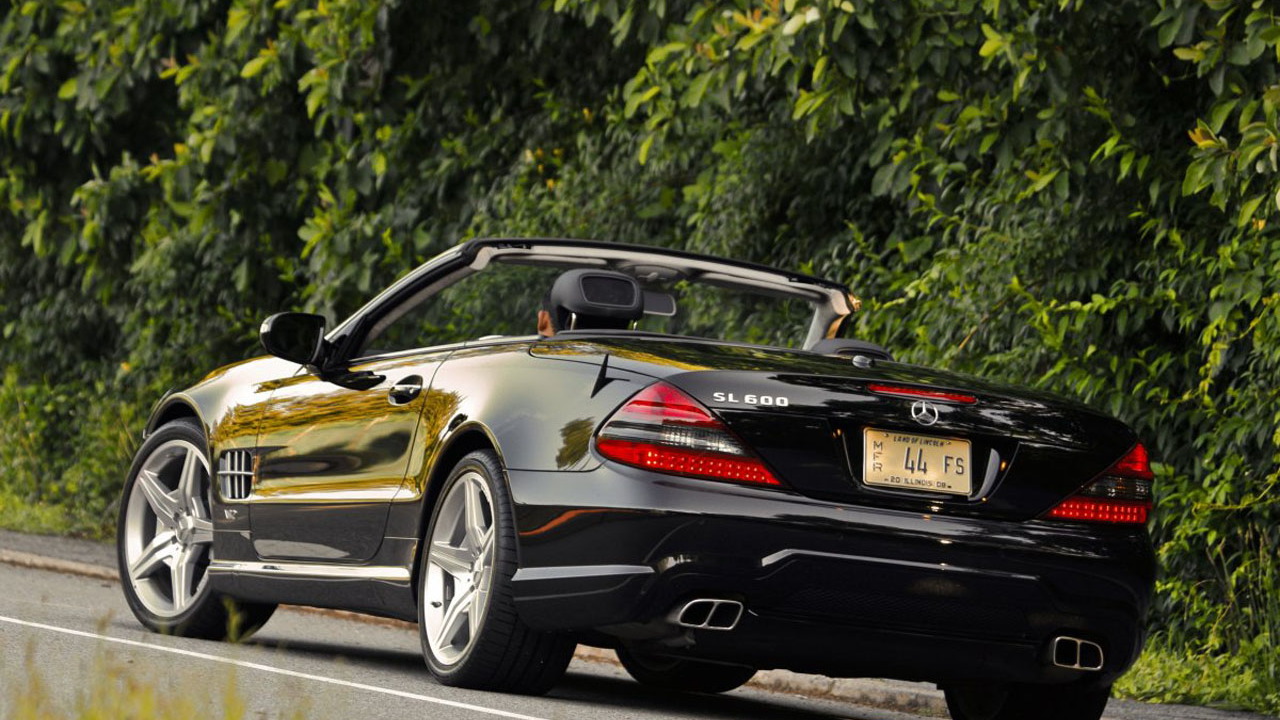 If you drive a Mercedes-Benz SL-Class convertible, you've probably gotten a speeding ticket, according to a new study from Verisk Analytics. If you drive a Buick Rainier, you probably don't know what a ticket looks like.

The study found the SL-Class to be the most-ticketed car, at a rate four times the national average. Toyota's Camry-Solara came in second and the Scion tC came in third. Verisk's explanation for the brand/price disparity in these top-ticketed vehicles? Mercedes drivers want to go fast, Toyota and Scion drivers are young or inexperienced.

Camry-Solara drivers are only marginally less likely to get tickets than their speedy Mercedes cohorts, at 349 percent more than the average driver. Scion tC drivers are right behind at 343 percent more likely. From there the list falls off, with the tenth-most-ticketed Volkswagen GTI just 178 percent, or about 1.8 times, more likely to be ticketed.

Other notables on the list of the most ticketed include: the Mercedes-Benz CLS63 AMG and CLK63 AMG, the Hummer H2 and H3, and the Acura Integra.

Perhaps most interesting of all is the gender ratio of the drivers of the most ticketed cars. You'd think it's mostly men, as males are characterized as more aggressive, less safe drivers, even by the insurance companies. But you'd be wrong. Fully 59 percent of ticketed SL-Class drivers were women, while 61 percent of both Camry-Solara and tC drivers were female. In fact, only three vehicles on the most-ticketed list are predominantly male-driven: the Hummer H2/H3, Mercedes CLS63 AMG, and Acura Integra. Perhaps it's time to reconsider some of our notions about who's doing what behind the wheel.

At the other end of the spectrum, we have the slow pokes: cars and drivers that stand almost no risk of being ticketed for speeding. At the top of the list is the Buick Rainier, the predecessor to the Enclave. People movers dominate this list, with 5 SUVs, and two minivans among the ten--though Verisk classifies the Buick LaCrosse as an SUV, so that may not tell the full story. Only one sedan made the least-ticketed list: the Saturn Aura Hybrid.

So how likely are these conservative drivers and cars to get tickets? Try almost five times less than the average driver for the Buick Rainier. Even the tenth-place Pontiac Vibe has just 39 percent of the risk of an average motorist.

Comparing the gender statistics on this list, the trend is again interesting: three vehicles are heavily skewed toward male drivers (Rainier, Chevy C/K 2500-3500, Chevy Uplander), and another two are split evently male-female (Buick LaCrosse, Oldsmobile Silhouette). That puts the count for these slow (and presumably safer) drivers split evenly between men and women.

For more details, check out the full release, with charts, on page two.

Auto Insurance Analysis: Does What We Drive Affect How We Drive

In its second annual study of vehicle types, their driver profiles, and the frequency of traffic violations, auto insurance analytics firm Quality Planning debunks conventional wisdom that high-performance cars attract the most tickets.

SAN FRANCISCO, CALIFORNIA, October 14, 2010 — Quality Planning (QPC), a Verisk Analytics company that validates policyholder information for auto insurers, has released updated findings from its original study, published in 2009, that explored the relationship between the cars people drive and how people drive them. Newly expanded to include available statistics, the study examines various vehicle makes and models and quantifies the propensity of each to be ticketed by law enforcement based on the number of moving violations per 100,000 miles driven.

Quality Planning found that the origins of vehicles in the "Spirited Vehicles" category were predominantly those of foreign manufacturers but not necessarily of German or Italian heritage. Drivers of the Mercedes-Benz SL-Class roadster topped the list, with four times the number of violations compared with the average. But, not surprisingly, the car Toyota designed expressly for Gen 'Y'ers, the Scion, had not one but two entries in the top ten. The big Hummers and the Pontiac Grand Prix rounded out this category. Consistent with the findings of last year's study, SUVs and hatchbacks showed lower violations on average than traditional two- and four-door vehicles.

Violations/100,000 miles driven, expressed as percentage of average. For a complete list, seewww.qualityplanning.com.

Looking at the gender breakdown, 73 percent of Hummers tended to be driven by men, generally between 30 and 60 years old. Also of interest, only the Mercedes CLK sedan and the Acura Integra coupe were more likely to be driven by men than women. Conversely, Camry-Solara drivers were 61 percent female, with only 26 percent younger than 30.

Those vehicles that Quality Planning classified as "Cautious Vehicles" offered an interesting contrast. With respect to body type, eight of the top ten were either an SUV or minivan. This suggests that carrying passengers, and possibly younger passengers in car seats, makes a noticeable difference in how one drives. Interestingly, 60 percent of SUV drivers in this category were women, whereas for minivans, 51 percent of these drivers were women. In two instances — the Oldsmobile Silhouette minivan and the Buick LaCrosse SUV — the drivers were split 50/50 across gender but differed dramatically in age, with Buick showing 81 percent of ticketed drivers over 60 years old compared with just 8 percent of Silhouette drivers.

Violations/100,000 miles driven, expressed as percentage of average. For a complete list, seewww.qualityplanning.com.

"These findings and the corresponding trends they reveal are very interesting," said Bob U'Ren, senior vice president of Quality Planning. "Besides the sociological aspect of 'who drives what,' the manner in which private passenger cars and trucks are driven has a meaningful bearing on how much individuals and families pay for auto insurance."

Study Methodology
Traffic code violations data for a one-year period from February 2009 through February 2010 were used for the study. Vehicles that were discontinued for more than ten years were not included in the analysis. Violations were then standardized based on the number of violations per 100,000 miles driven for each model. That standardization accounts for the differences in average annual miles driven by different models. Then, each vehicle model's violation count per 100,000 miles was compared with the average across all the models to identify the 25 models with the highest and lowest violations.