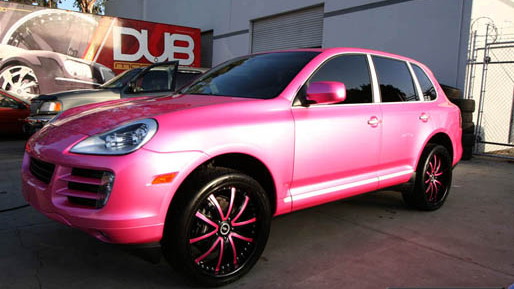 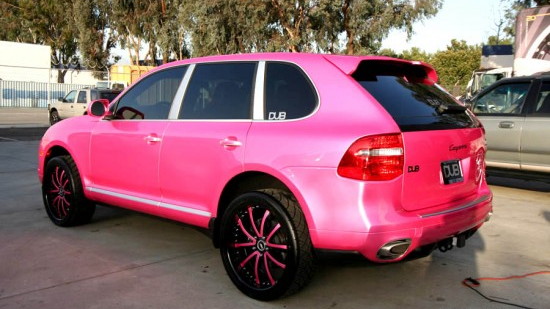 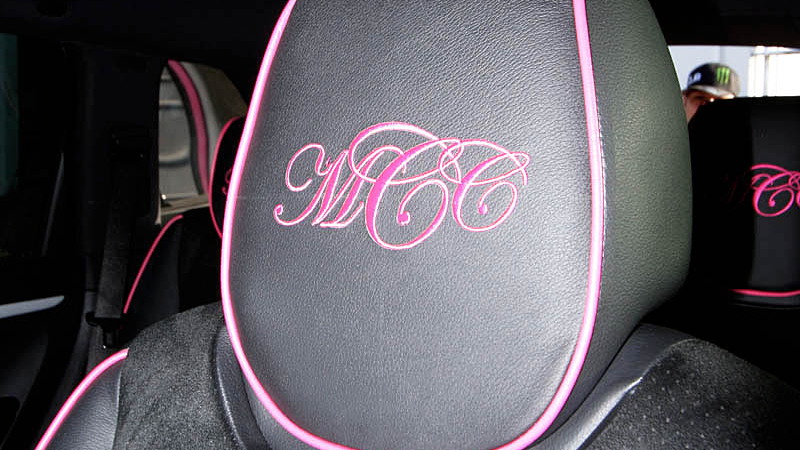 You know what? We are not on top of everything. For example, we just found out that Selma Blair and Neve Campbell are different people. And apparently, the Olsen Twins can't feel one another's pain. And, pull tabs on sodas? WHERE DID THEY GO YOU GUYS?

Also, according to our colleagues at Celebrity Cars Blog, Mariah Carey's hubby, Nick Cannon, presented her with this hot pink Porsche Cayenne specially tuned by DUB earlier this year.  Please look, but don't say we didn't warn you.

Is it possible to unsee things? We're hitting CTRL+Z, but our retinas are still on fire. We can only imagine the dialogue that inspired it:

(Harp music as the scene fades into view. MARIAH and NICK are cuddling in bed as the credits roll on Family Guy.)

NICK: What would you like for your birthday, sweetheart?

MARIAH: Oh, honey! You know I would just love a new sofa for the Florida room -- something the color of that beautiful duvet set you bought me for Christmas.

MARIAH: Or maybe a new tea service, to match all those silver settings you gave me for our anniversary.

MARIAH: Or what about a new fur coat to match the fur bikini you bought me last summer?

NICK: But sugar, I didn't get you any of those things.

MARIAH: DAMN STRAIGHT YOU DIDN'T. NOW YOU GET YOUR SKANK BEHIND DOWN TO DUB AND HAVE THEM CRANK OUT A HOT PINK CAYENNE THE COLOR OF BRITNEY SPEARS' WEAVE IN THE SECOND SCENE OF THE "TOXIC" VIDEO -- the one where she's riding that motorcycle with Tyson Beckford. Mmmmm. Tyson...

NICK: But that would mean I'd have to...well, to watch her video. And you told me I was forbidden --

MARIAH: I KNOW WHAT I SAID, FOOL. PINK. I WANT A PINK CAYENNE. JUST MAKE IT HAPPEN. NOW.

(Harp music as the scene fades out of focus)