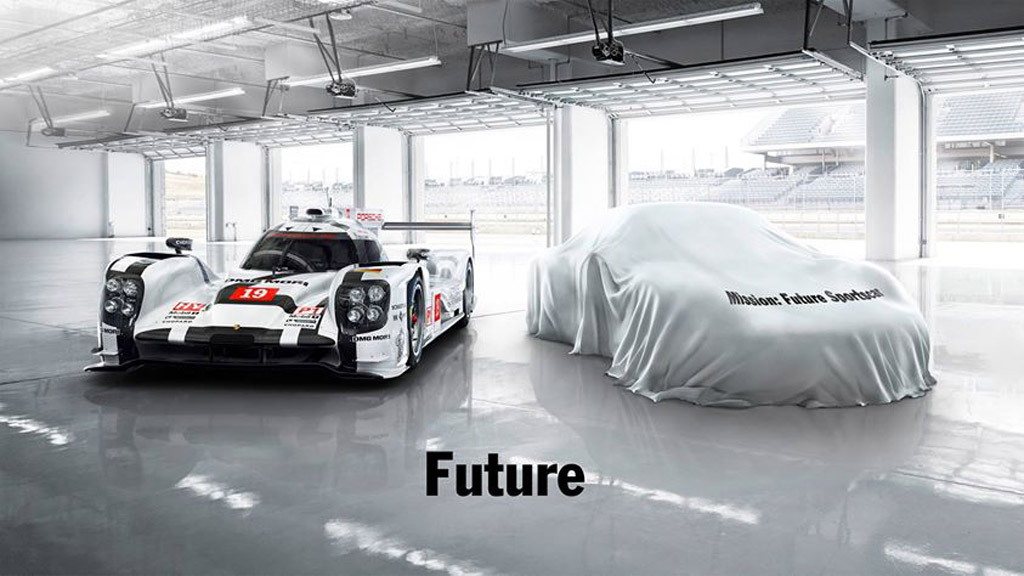 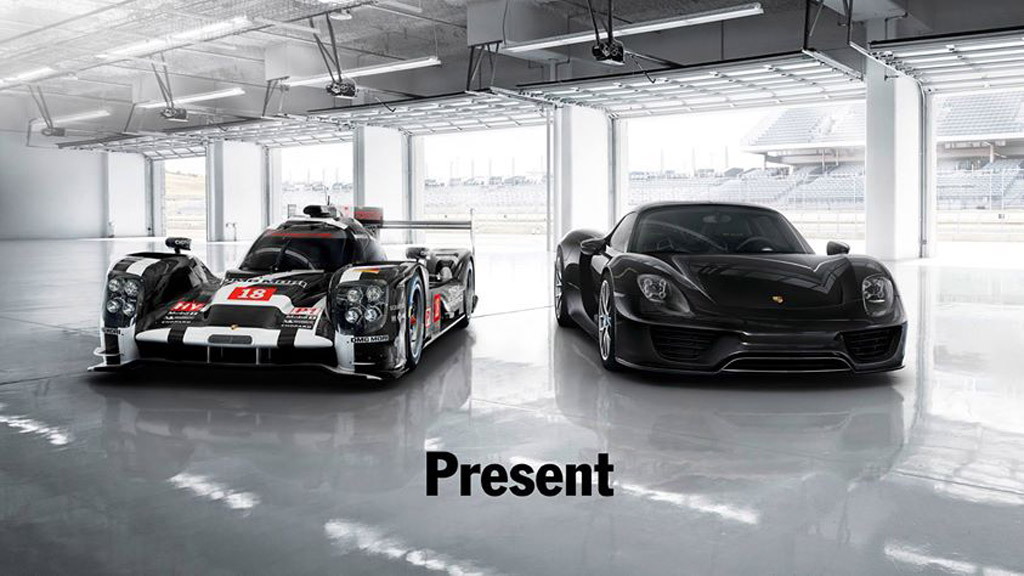 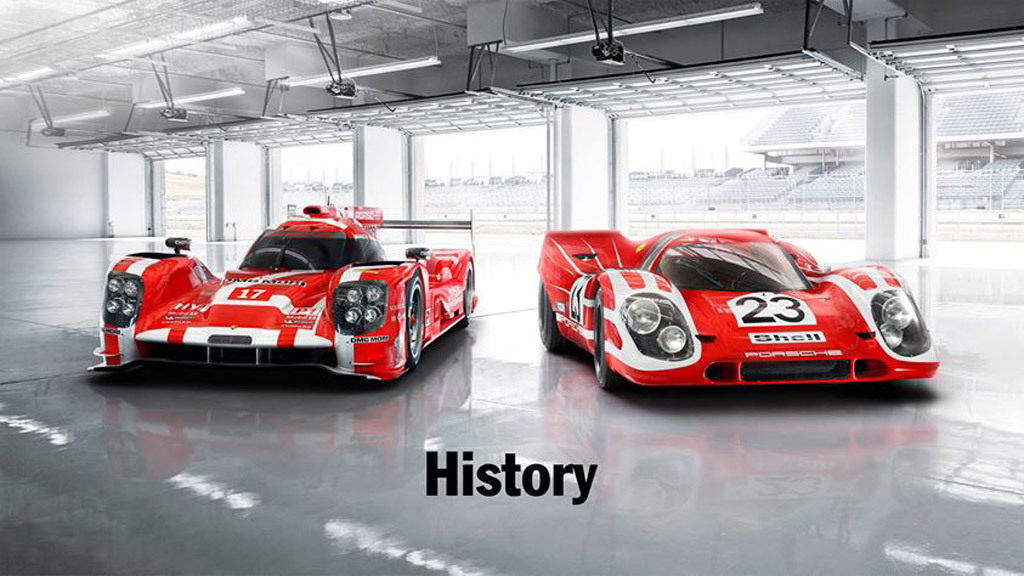 Porsche recently made a Facebook post highlighting its participation in this year’s 24 Hours of Le Mans, where its latest 919 Hybrid LMP1 race cars finished first, second and fifth overall. The Facebook post talked about Porsche’s strong performance in Le Mans qualifying but more importantly it included three photos that represent the company’s past, present and future.

It’s the photo representing the future that has piqued our interest. It shows a 919 Hybrid sitting next to a shrouded car with the message “Mission: Future Sportscar” draped across it. We know that Porsche is closely studying a new model to top its range, most likely a mid-engine supercar to take on the likes of the Ferrari 488 GTB and McLaren Super Series of cars, and the shrouded car’s proportions make it look very much like a mid-engine model.

However, this doesn’t necessarily mean the shrouded car represents a new model; it could simply represent all future sports cars from Porsche and their link with the company’s Intelligent Performance philosophy, which is embodied by the 919 Hybrid. The philosophy is performance gains met with improvements in efficiency through the use of technology, and right now for Porsche that means the increased use of hybrid technology. In fact, even the iconic 911 is confirmed to go the hybrid route.

But what about Porsche’s plans for a new mid-engine supercar? The last we heard, the car, billed as a successor to the legendary 959, was very much on the company’s wishlist albeit its arrival will need to be delayed in order to free up resources for more urgent projects. Although not a direct successor for the limited edition 918 Spyder, the new model would enable Porsche to cater to demand for a super sports car more capable, more exclusive and more exotic than the top-end 911 variants.