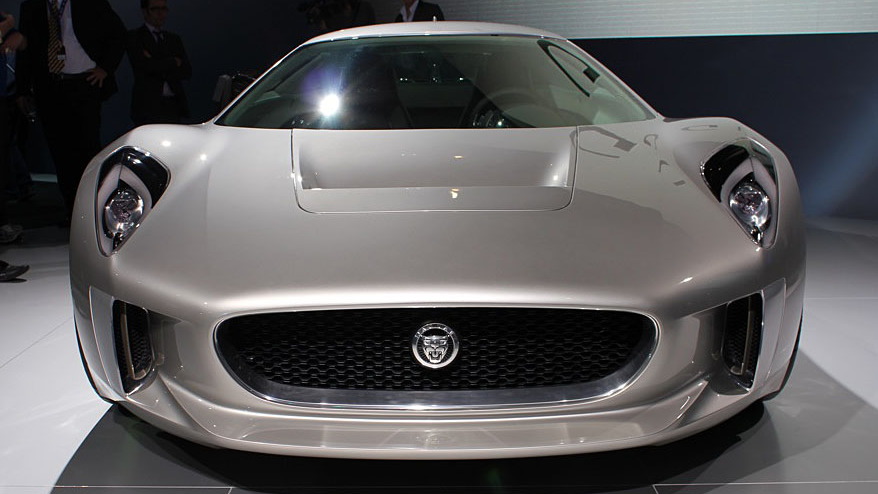 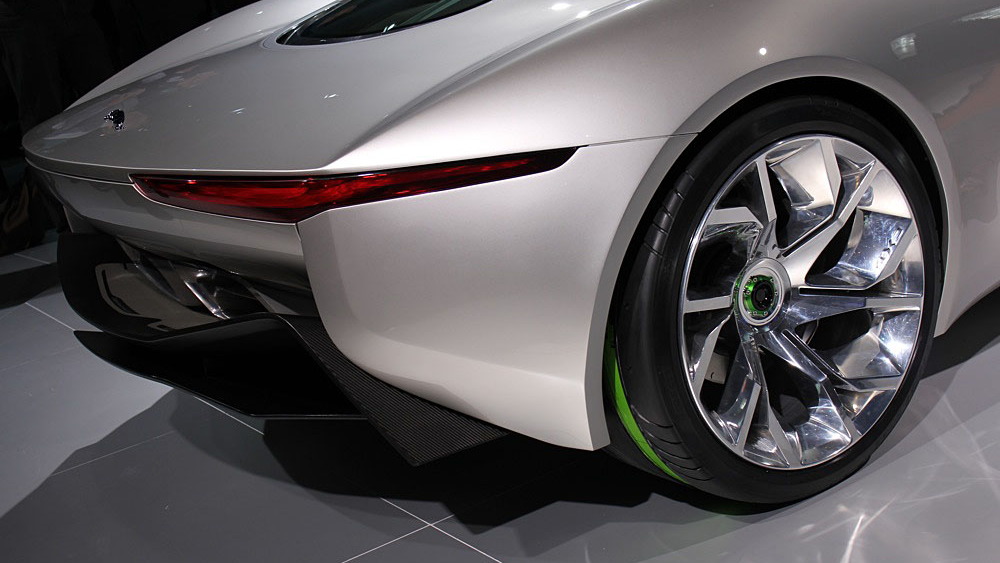 Jaguar's C-X75 concept car, designed to celebrate the marque's 75th anniversary and unveiled today at the 2010 Paris Auto Show, is nothing if not a striking design.

And its technology is equally as stunning: it's an extended-range electric car with 68 miles of range on a lithium-ion battery pack.

Housed under the deck behind the passengers are a pair of 70-kilowatt gas microturbines that turn generators to provide current to the four 145-kW electric drive motors that power all four wheels once the battery is depleted.

Even more remarkable, the turbines can also power the electric drive motors directly at high speeds, in what Jaguar calls "Track" mode, for a top speed of 205 mph.

There's full coverage of the car and its technology elsewhere. This photo gallery is simply to let you enjoy the looks of the car, both inside and out.