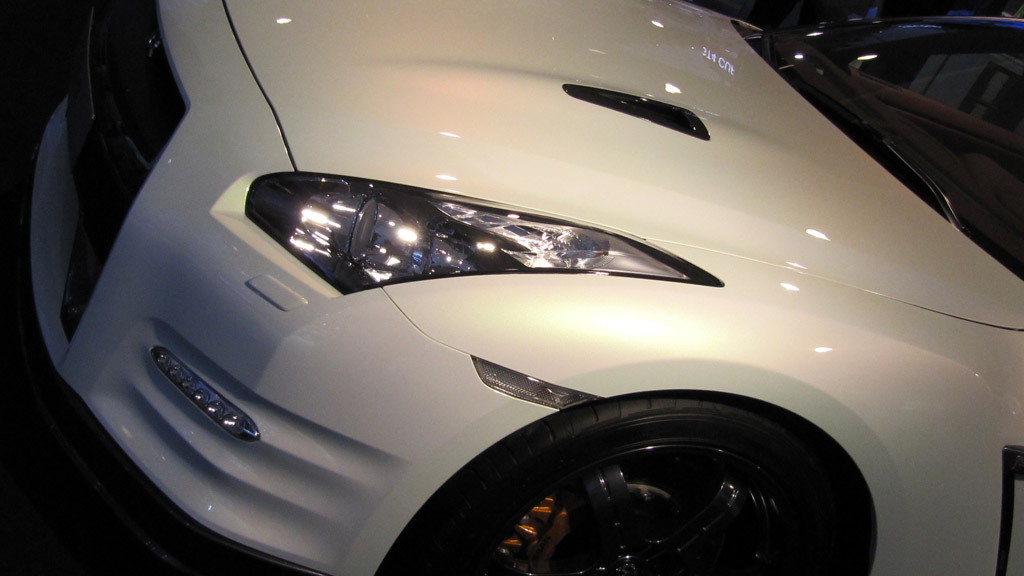 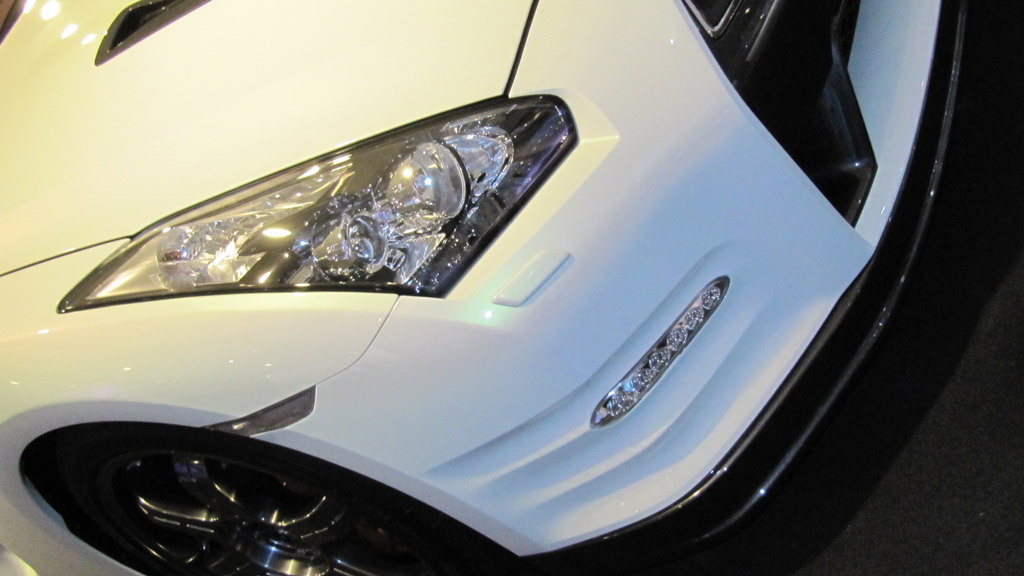 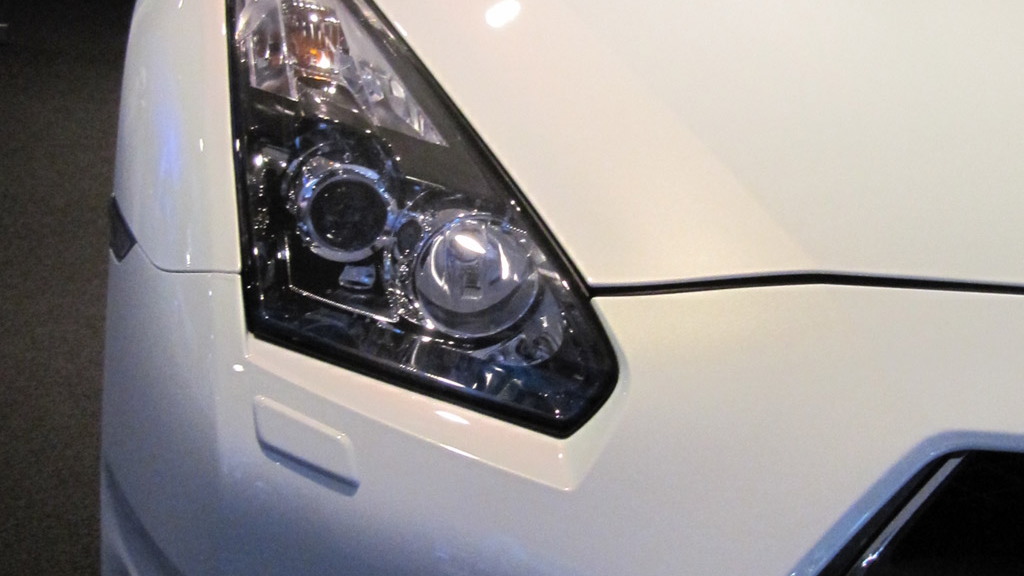 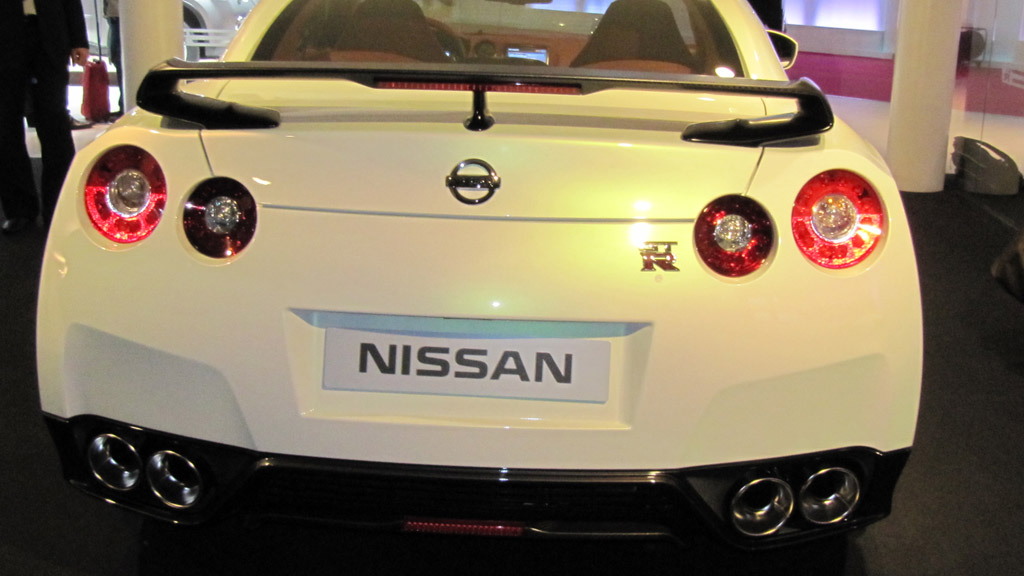 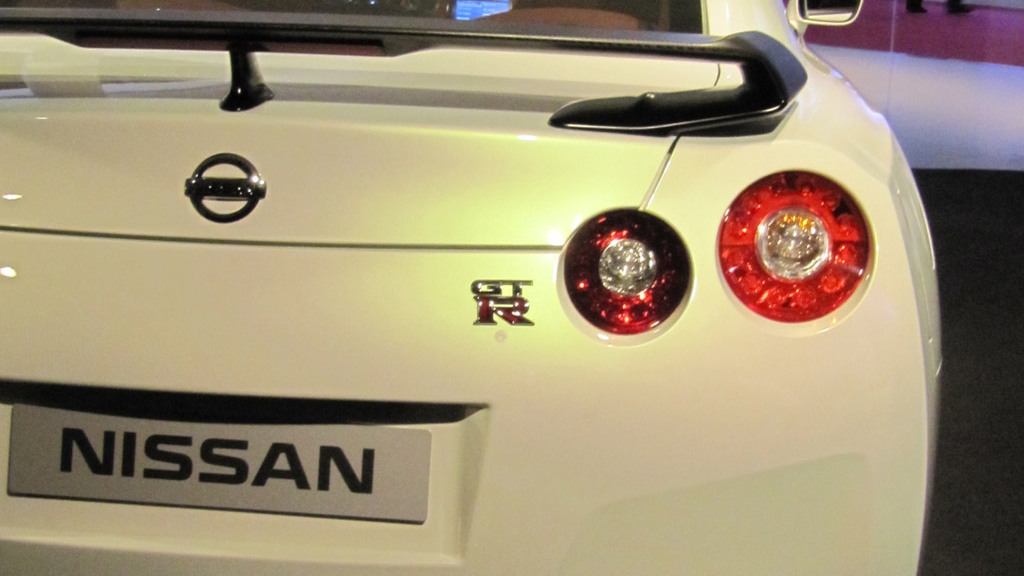 Although a leaked image of the 2012 Nissan GT-R has been circling the Web for some time now, this is the first time we’ve seen the car in an official setting and confirms that an updated model is just around the corner. Nissan was tight on information but from what we can gather the additions for 2012 appear to be solely cosmetic, though with the GT-R's already impressive performance, there's not much need for more speed.

Starting at the front end, the bumper design has been updated and includes a new set of LED daytime running lights on either side. There’s also a restyled air intake and aero package, resulting in a slight drop in drag. At the rear, a new diffuser boosts downforce to improve high-speed grip. A pair of new colors is also on the docket according to the leak, tentatively called Aurora Flare Blue Pearl and Nebula Opal Black.

Peak output is expected to be bumped slightly on the current model's 485 horsepower and 434 pound-feet of torque.

Small price bumps, a reshuffling of features and trim packages, and a small drop in weight from redesigned wheels are also expected to feature on the 2012 Nissan GT-R. We'll keep you posted on the latest as it breaks, but until then, check out our spy shots of the Nissan GT-R SpecM, the luxurious take on the GT-R, due next year.