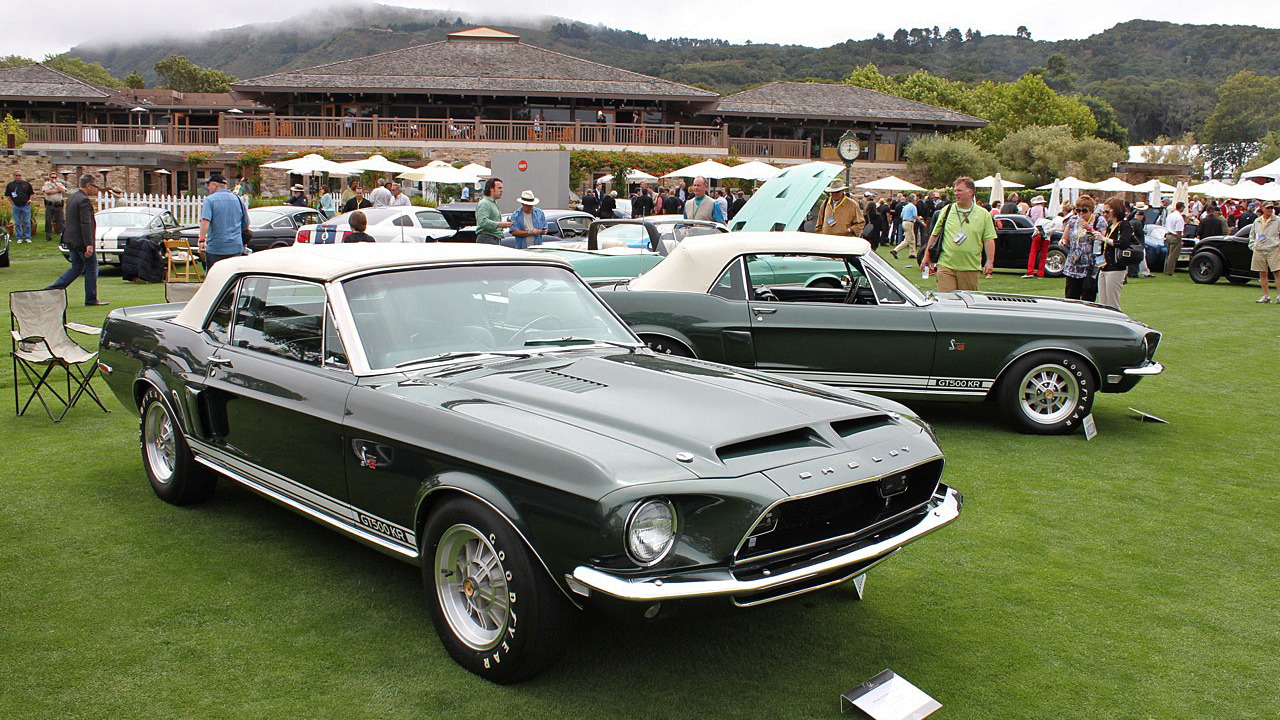 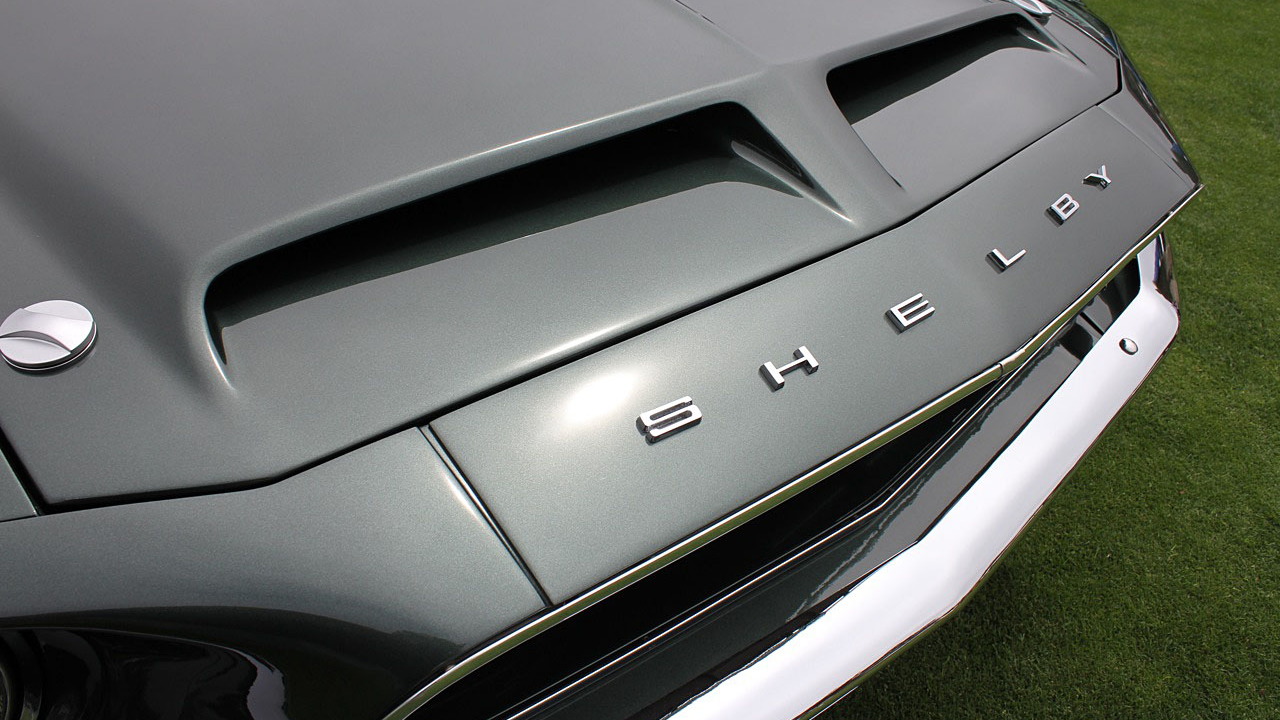 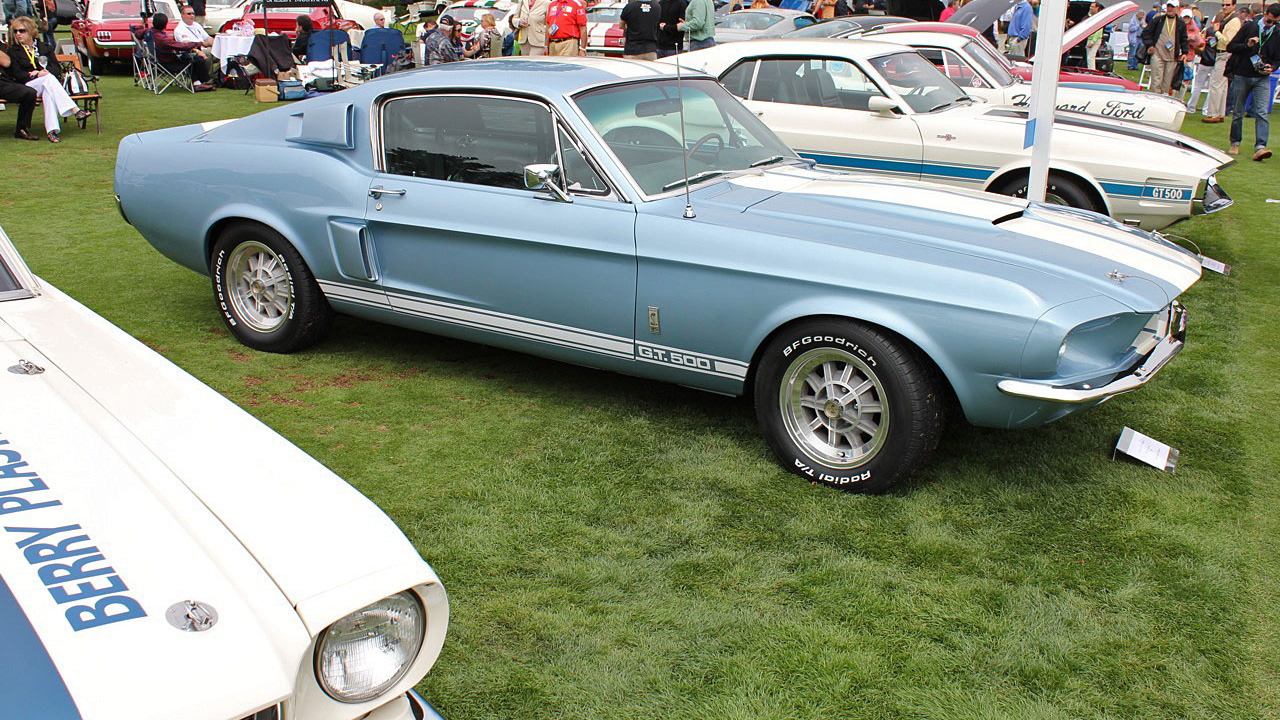 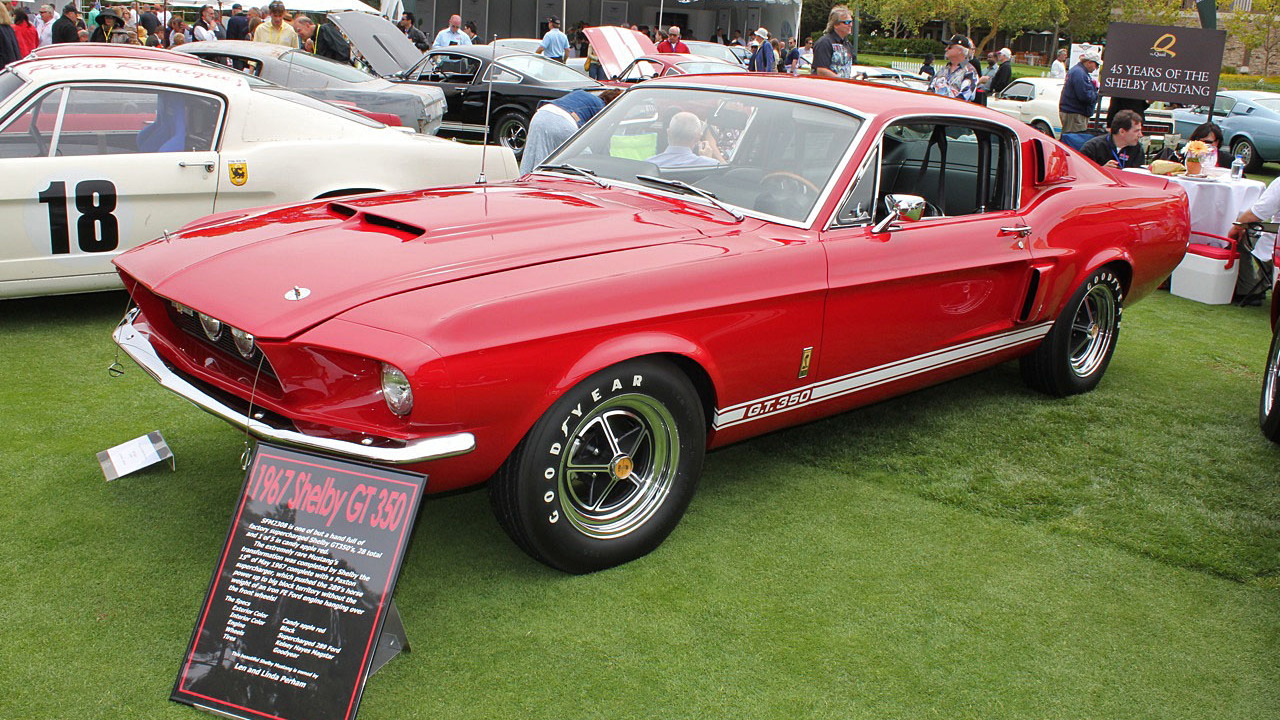 With a frail Carroll Shelby at the helm, The Quail 2010 paid homage to some of the greatest Mustangs in history on Friday. And if you've never seen a 'Stang older than the 2011 BOSS 302 we brought you yesterday, the Quail's collection of pony cars provided an instant history lesson.

Paired with a quintet of Shelby Cobra roadsters and occupying a wide space on the lawn of the Quail Lodge over by a Texas barbecue stand, these Mustangs reminded the thousands of attendees how Ford and Shelby were able to elevate the pedestrian two-door into a performance legend. Above, we'll start with some identical twins--two 1968 1/2 Mustang GT500KR convertibles owned by a California couple, Ted and Rae Segerstorm. The cars have sequential VIN numbers, and were restored in the same Missouri shop. To date, they have nearly identical mileage on their odometers.

Also above, is a 1967 GT500 owned by Gerald Stratton of California. Sold in Wisconsin in 1967, it's a total restoration job, after a drag-racing accident left it stranded in a field in 1970 where it lay until 1990. The color's been changed from lime green to light blue, and the engine is not original, having been replaced with a NASCAR-built 428 V-8 with 520 horsepower.

Finally, above, is a 1967 GT350S owned by Californian Len Perham. With a Paxton supercharger underhood--one of 35 rare examples to have this setup--this example puts out nearly 400 horsepower.

Finally, below, is a Mustang that shows just how dedicated owners can be to preservation. The 1969 GT500 Convertible had served as a promotional car before it was sold to a Beverly Hills owner. It changed hands twice before ending up with current owner James Cowles of Wisconsin, who embarked on a complete restoration completed just this year. The engine's been blueprinted, and as you can see in these photos, it's cosmetically near-perfect, as is the interior--down to the owner's paper instructions on the driver visor.