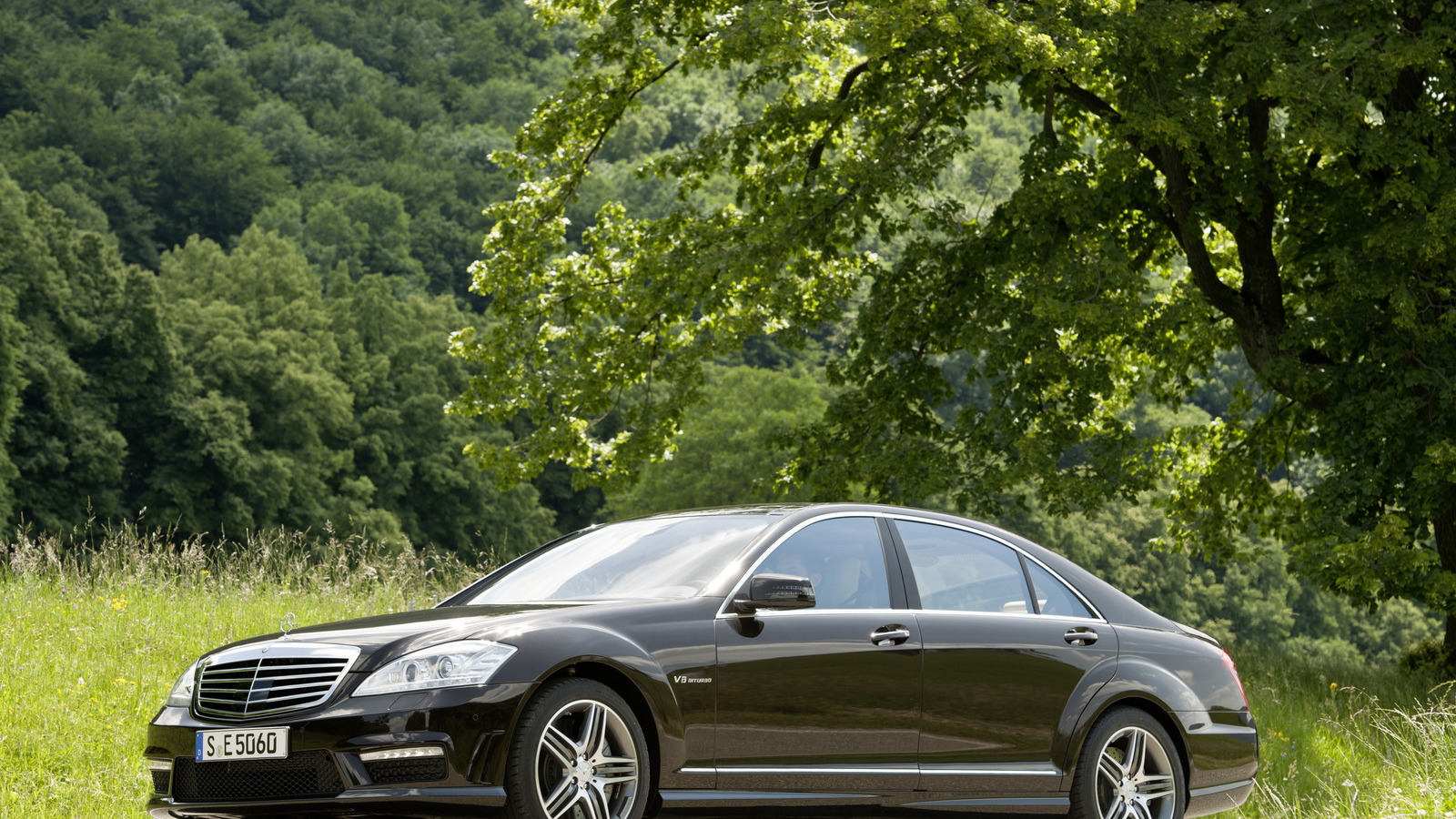 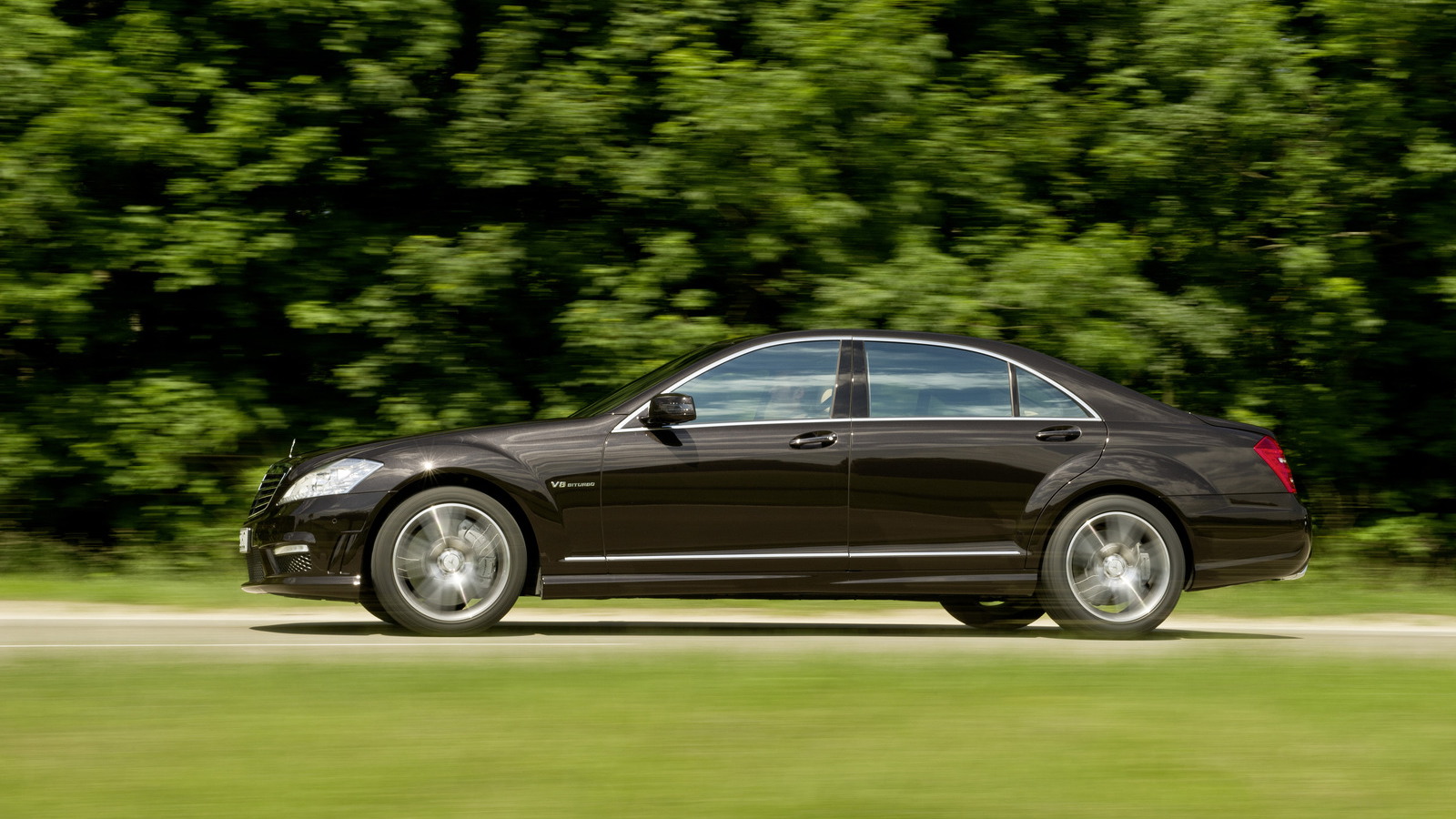 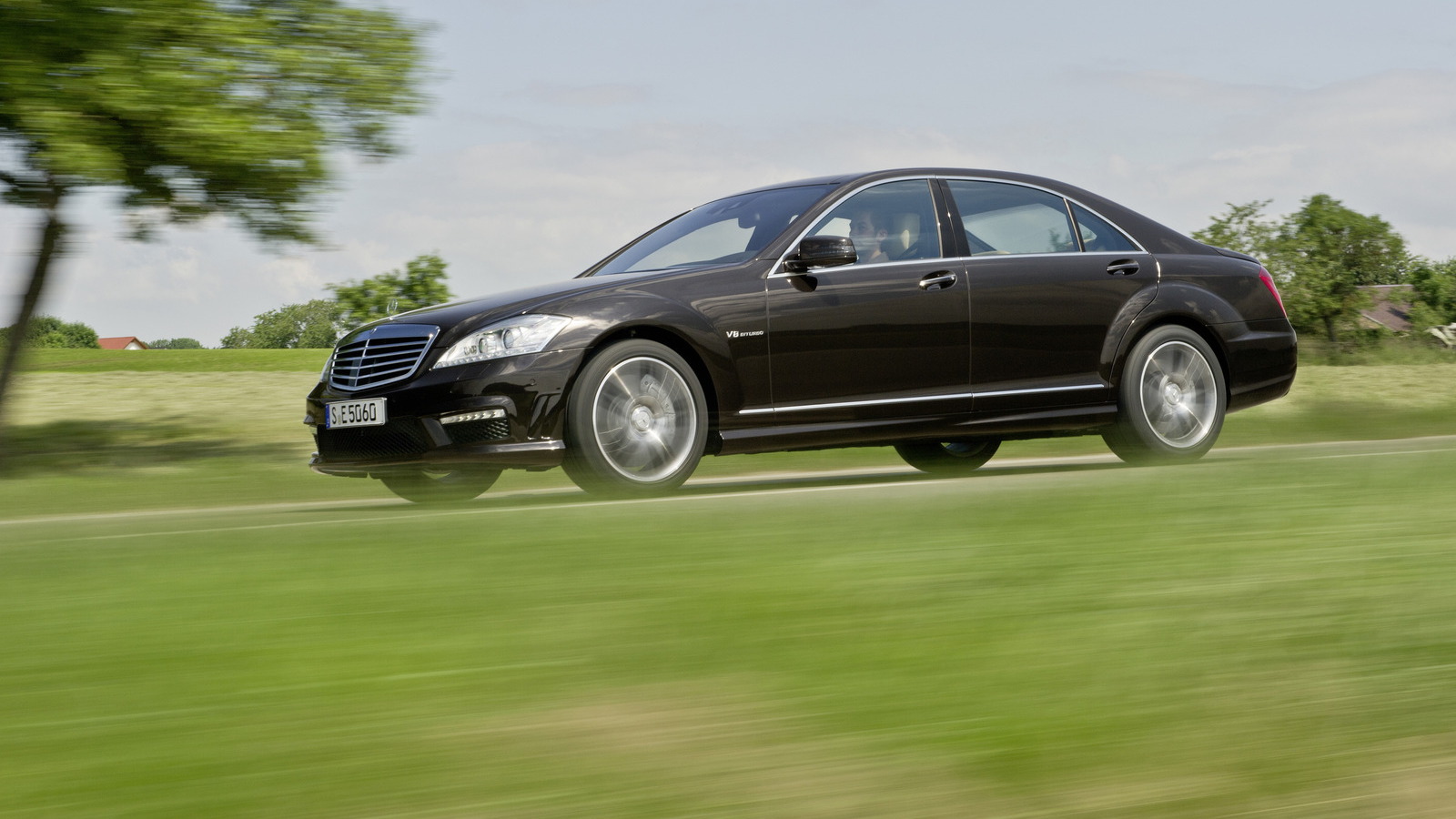 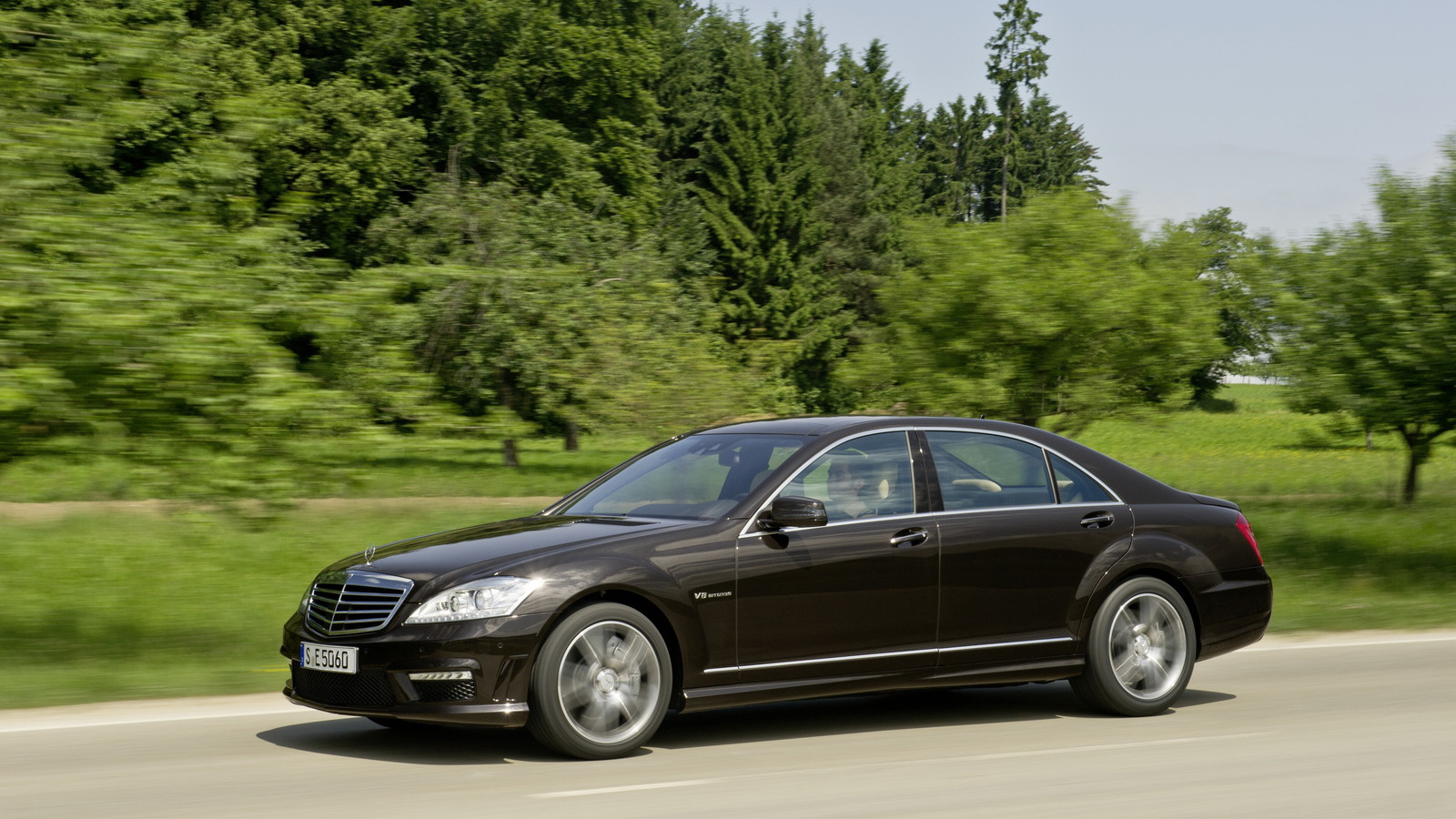 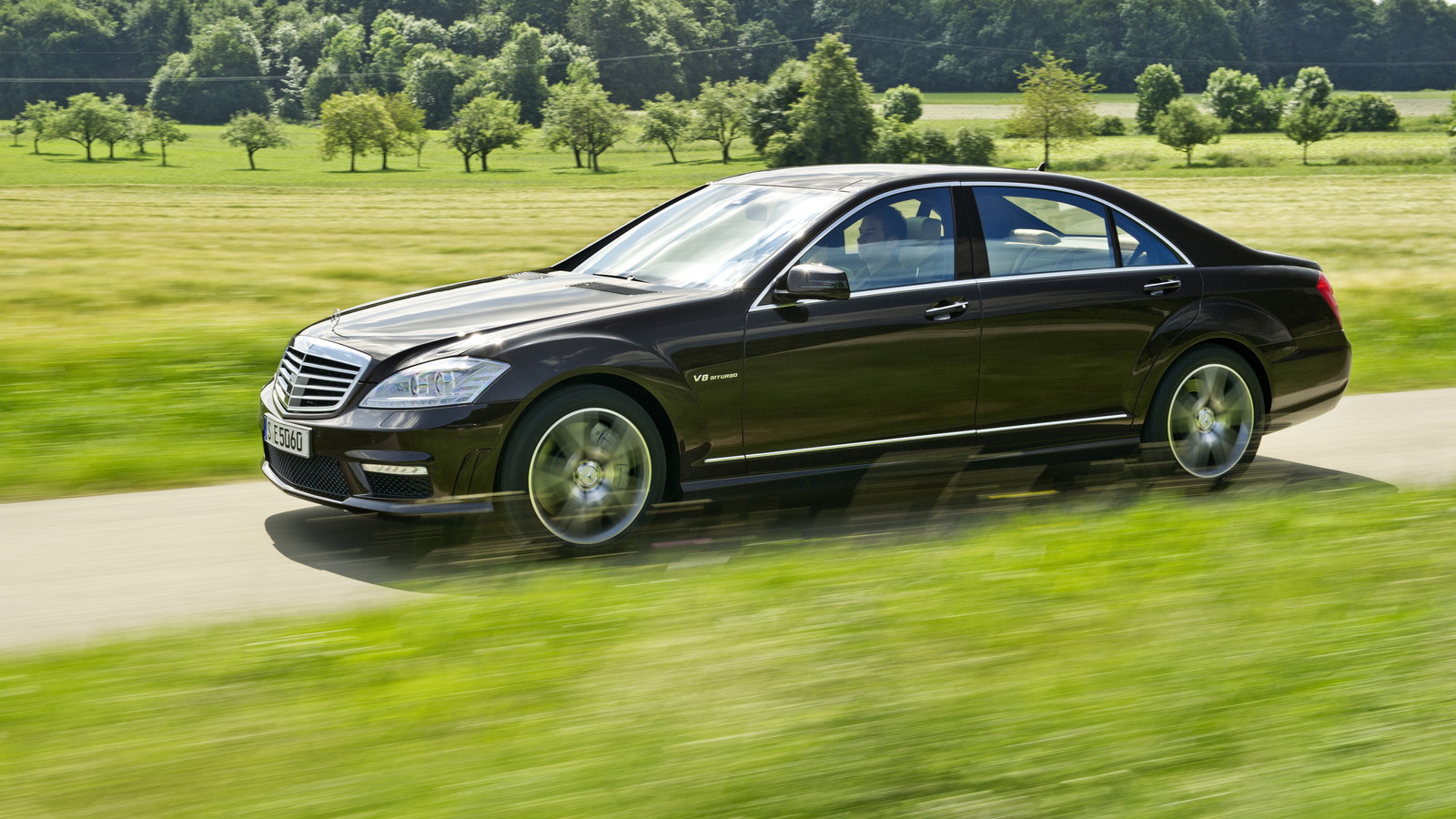 20
photos
Sales of the new 2011 Mercedes-Benz S63 AMG start next month, and even though we've already seen all the vital statistics on the Nimitz-class uber-sedan, Mercedes today released a level of detail worthy of its own archive. But if you're not so interested in digging through reams of press-speak, we also have a nice new high-res gallery for you.

Though it's not nuclear-powered, it's close, with the new 5.5-liter twin-turbo AMG V-8 under the hood delivering up to 571 horsepower and a thundering 664 pound-feet of torque. Despite the massive output, Mercedes rates it at 22 mpg combined in the European cycle. The standard S63 is rated at 544 horsepower and 590 pound-feet of torque, but can be upgraded by 27 horsepower and 74 pound-feet with the addition of the AMG Performance package. Acceleration times are impressive for such a large, luxurious sedan: 4.5 seconds to 62 mph for the standard S63 and 4.4 seconds for the Performance package car.

Even the base model is 19 horsepower stronger than the previous car, though, yet at the same time is 28 percent more efficient. The improvements come primarily from the addition of the turbochargers and direct injection. For more info on Mercedes AMG's new M157 5.5-liter V-8, check out our coverage here.

As we've heard before, cogs are swapped automatically by a standard 7-speed AMG SpeedShift MCT transmission. Three driving modes make for a choice of traits whether on the road or attacking a track, and the oil-bath clutch helps the transmission handle all the torque of the big engine without suffering too much.

The S63 AMG can be had in either long- or short-wheelbase formats, in Europe at least, priced from 128,800 and 127,200 respectively. U.S. pricing and availability hasn't been announced yet.