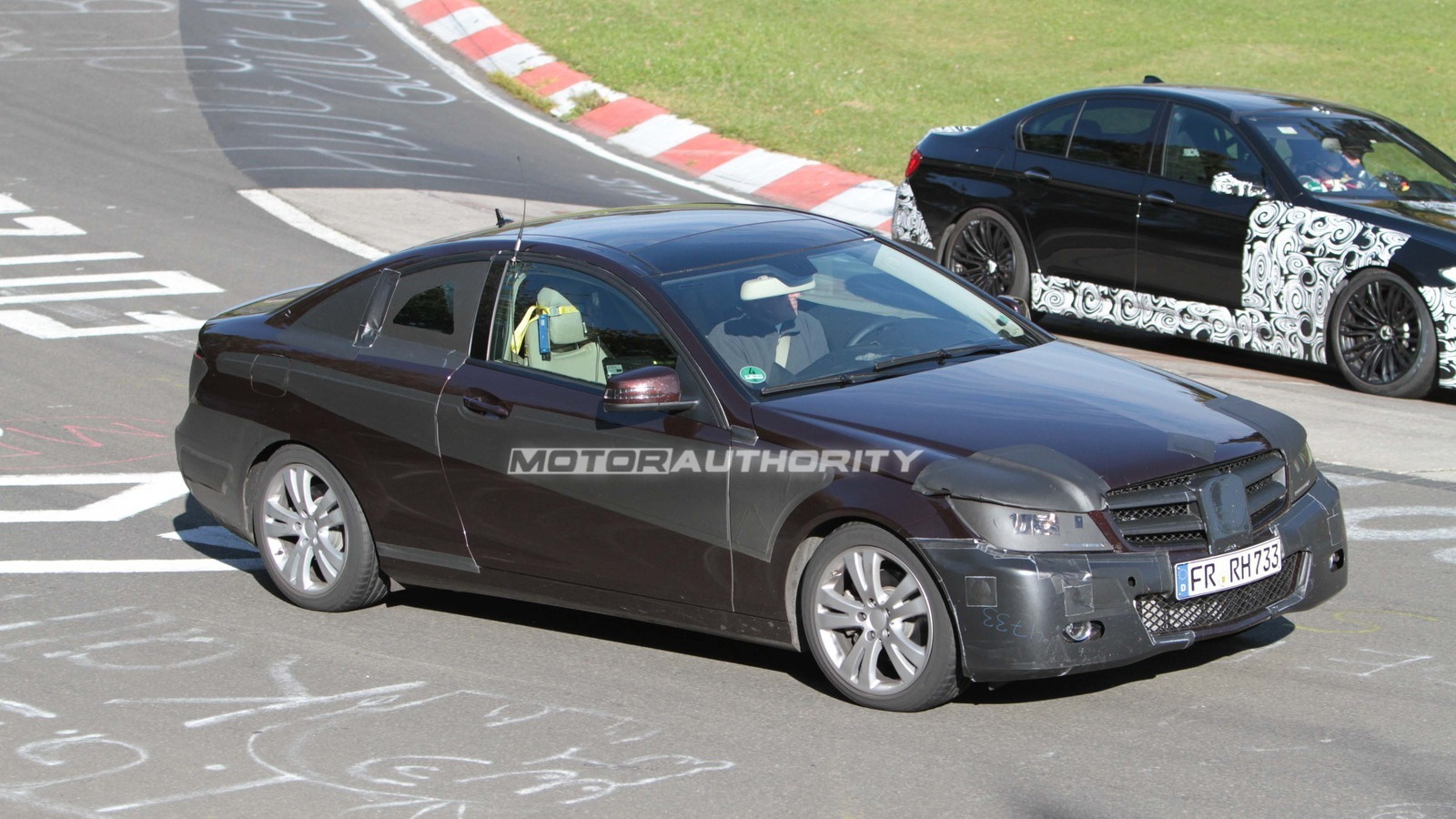 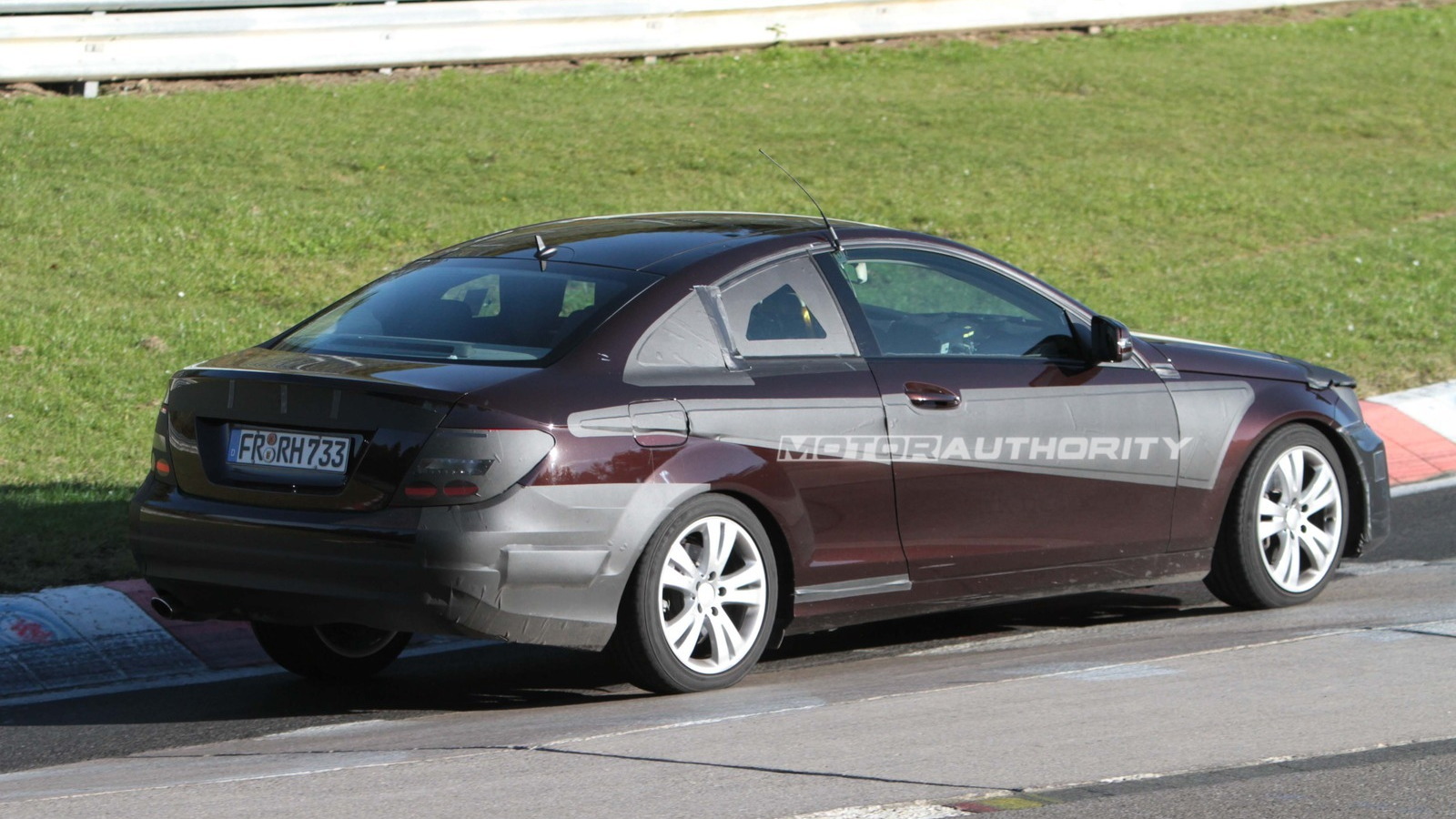 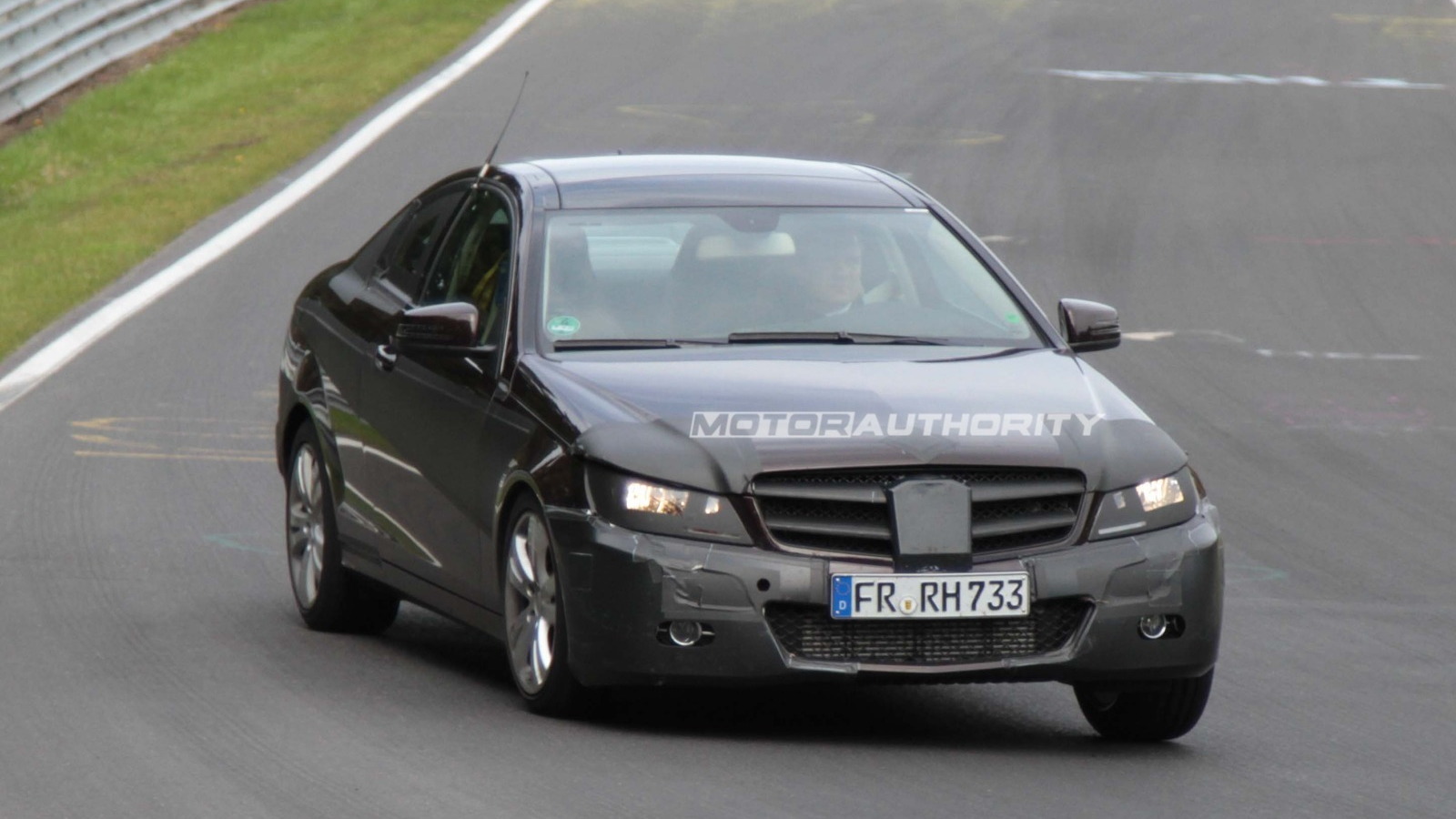 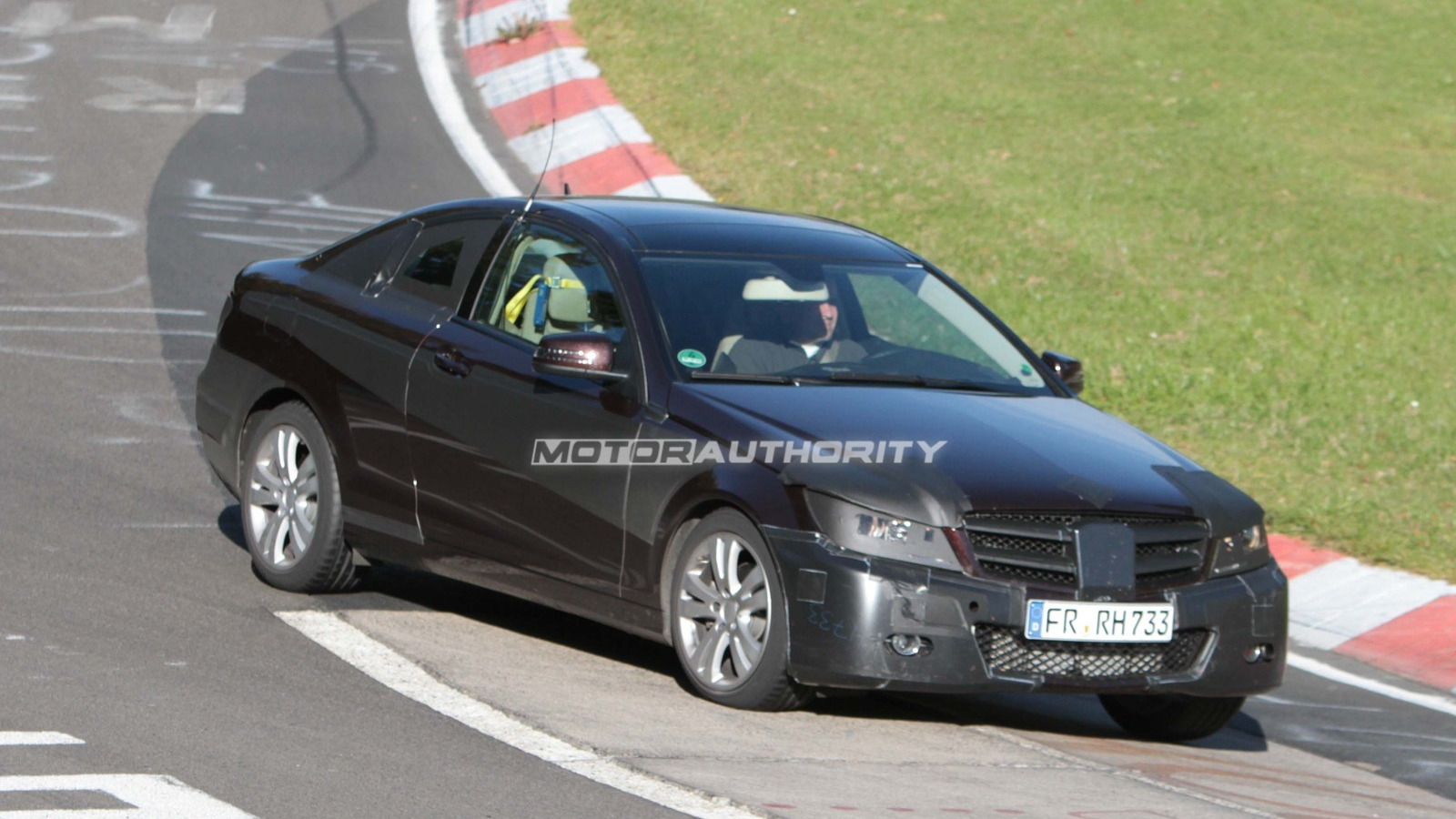 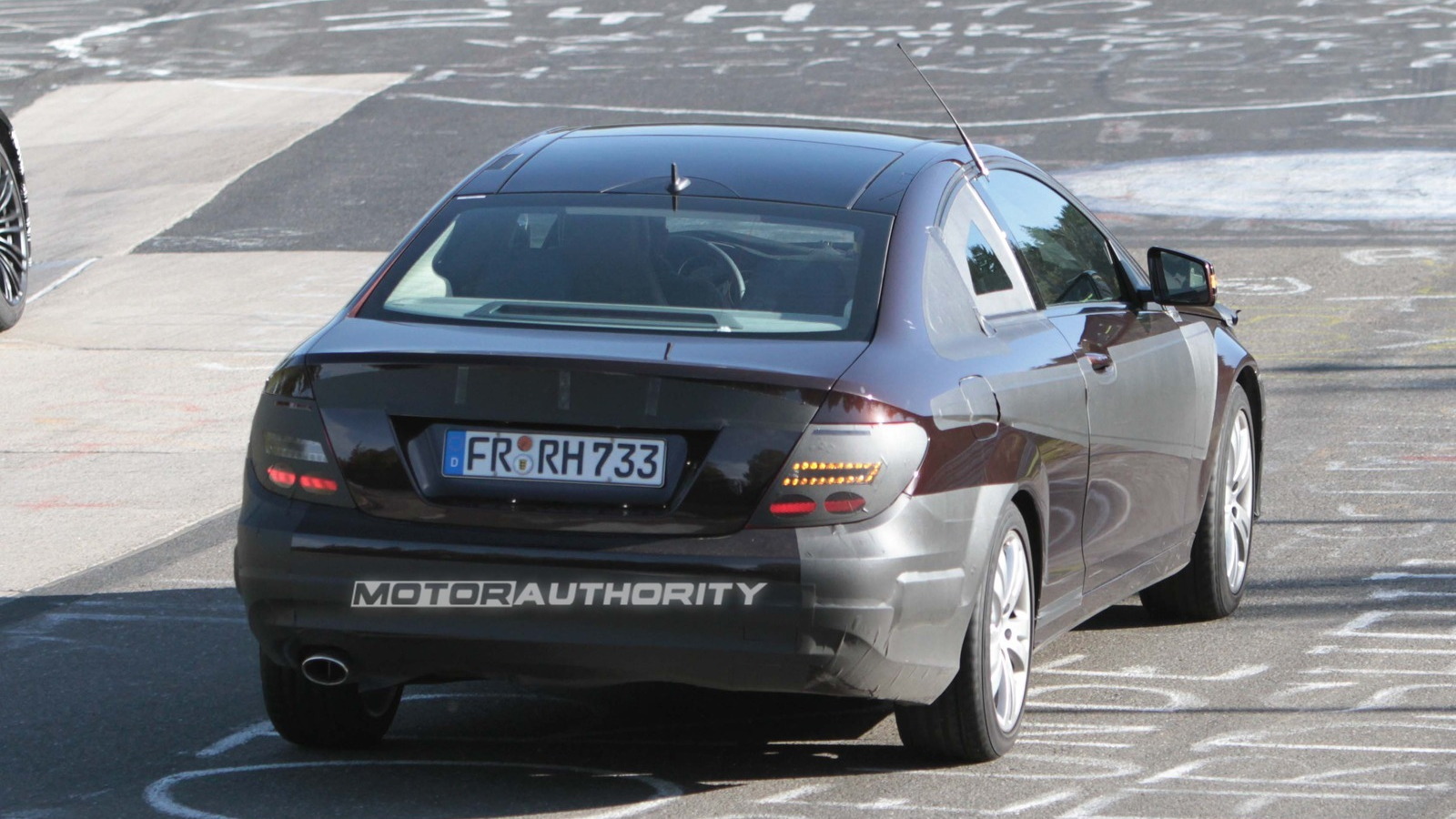 Mercedes-Benz's last C-Class coupe, the CLC, wasn't a great success, particularly here in the U.S., in part because of its awkward styling and in part--towards the end--because it was actually based on the previous-generation car, with only minor styling tweaks to update its look. Now Mercedes is working on an all-new version of the C-Class Coupe, and our spies have captured a near-production model in testing, for the first time at the Nurburgring.

The new shots don't reveal much we didn't already know about the car, though it appears to be fairly softly sprung based on the suspension compression in the Karussel. If you look closely you can also just see the side of what appears to be a partially camouflaged M5 testing alongside the new C-Coupe. It's not clear which car is doing the passing.

The new C-Class Coupe is expected to make its debut early next year as a 2011 model, wearing the front-end looks of the soon-to-be-facelifted C-Class Sedan. As these spy shots show, the Coupe's proportions are more in line with the rest of the automaker's range, looking a bit like a down-sized E-Class Coupe.

While the front bumper is still clad heavily in camouflage, it looks like the nose will get a look similar to that of the new E-Class, with LED daytime running lights below the headlights, and a wide, mesh-covered lower air intake below a two-bar grille.

Drivetrain options should mirror the Sedan, meaning here in the U.S., a choice of 3.0-liter or 3.5-liter V-6s, and possibly an AMG variant. If the AMG C-Class Coupe does come, it'll likely get the new 5.5-liter twin-turbo V-8 destined for future Mercedes AMG products, like the new CL-Class. Both six-speed manual and seven-speed automatic transmissions are expected across the range.

We're still monthss away from the car's debut, however, so don't be surprised if the specifications of the final version vary widely from what we can predict today.