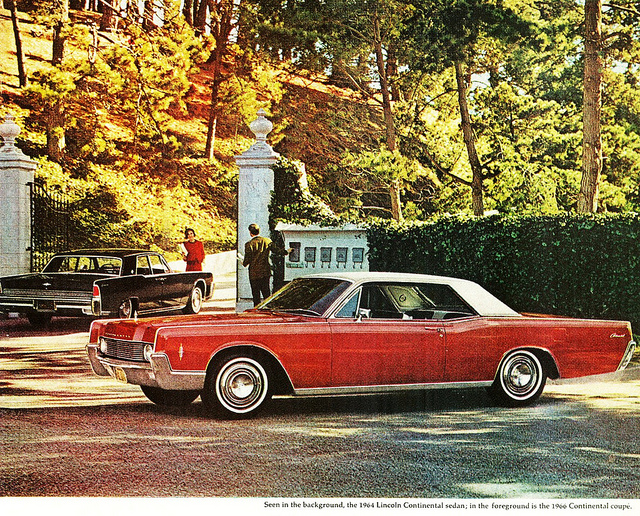 Ford [NYSE:F] is damping speculation that it's developing a new flagship sedan in the mold of the former Lincoln Continental.

The Continental was one of the signature vehicles in the Lincoln lineup from the 1930s through the 1970s--the mini-brand was sold under its own nameplate, before it became an official Lincoln model after 1958. In the Sixties, the Continental hit its styling zenith, in two- and four-door versions drawn by Elwood Engel.

In the 1980s, the Continental became a derivative of the front-drive Taurus family, before it ended production in 2002.

Automotive News reports today that dealers were shown concept renderings of upcoming Lincoln vehicles at a brand meeting in the Detroit area on Monday, and that the renderings included plans for a Continental-like sedan.

Lincoln confirmed earlier this year that it would introduce seven new or heavily revamped vehicles in the next few years.

However, a return to a Continental nameplate is unlikely. Lincoln has introduced new vehicles under an alphabetic naming strategy in the eight years since it sold its last Continental in 2002. The Zephyr became the MKZ; its new large luxury sedan--effectively a Continental-sized car--is the 2011 Lincoln MKS.

"We are on track to deliver seven new or significantly freshened vehicles for Lincoln in the next four years," Lincoln spokesman Christian Bokich says. "There are all-new products coming for the brand that we look forward to revealing down the road, but Continental is not one of them."

Lincoln also has confirmed it would stop production of the Town Car next year and will offer livery and limousine makers a stretched version of its MKT crossover as a replacement for the fleet vehicle. And Ford CEO Alan Mulally has suggested that taking the Lincoln brand to international markets isn't out of the question, as its new product lineup emerges.