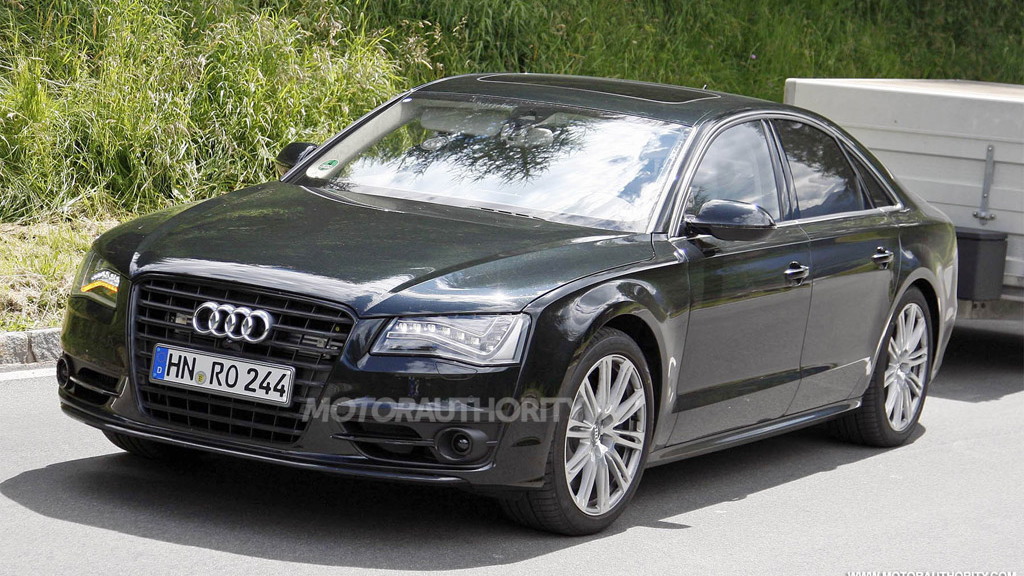 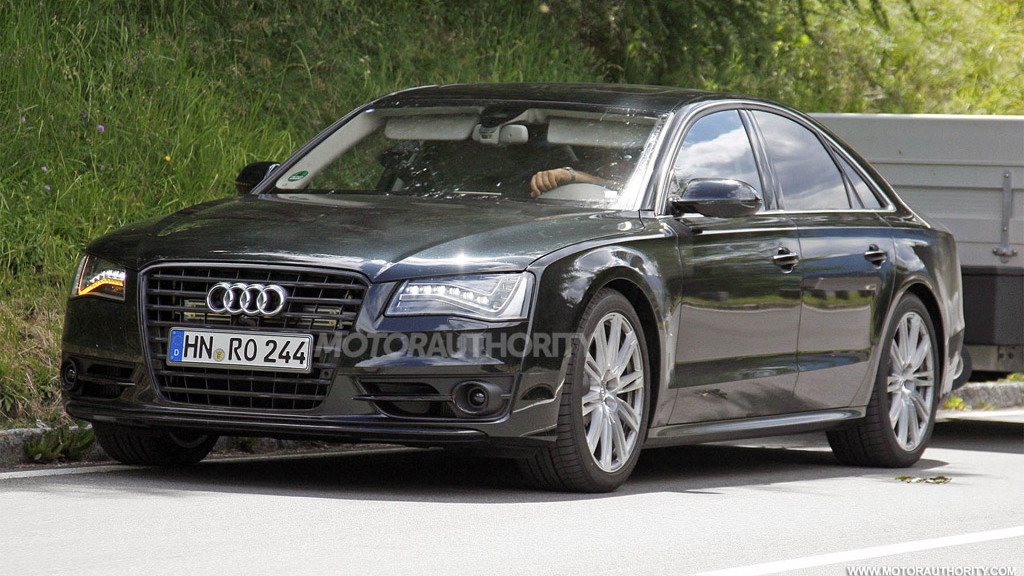 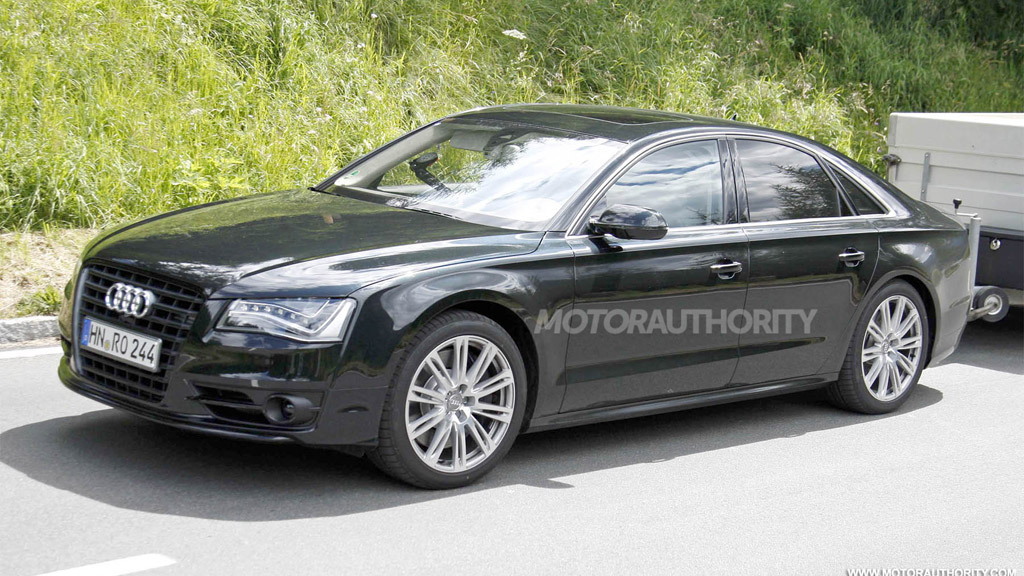 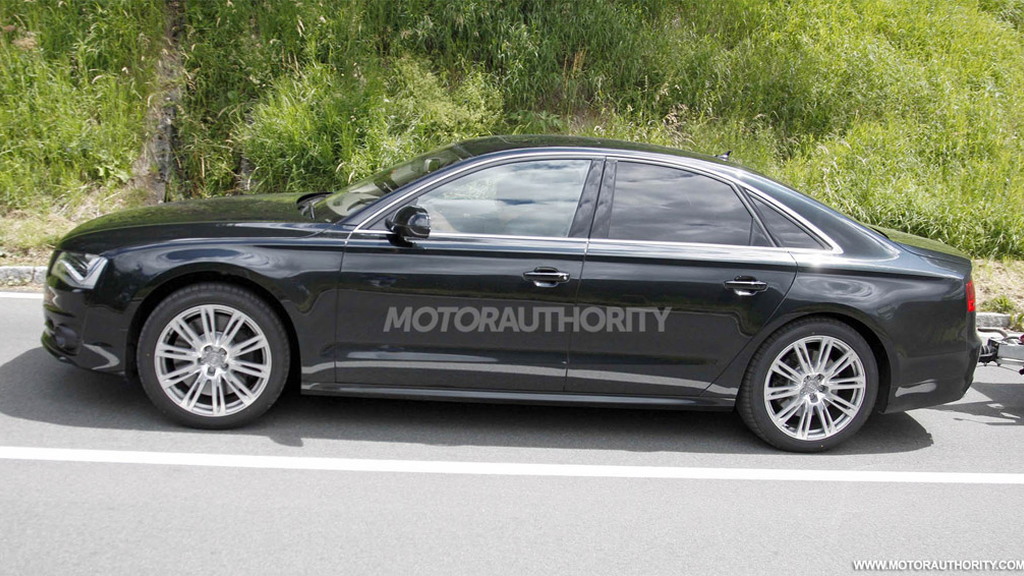 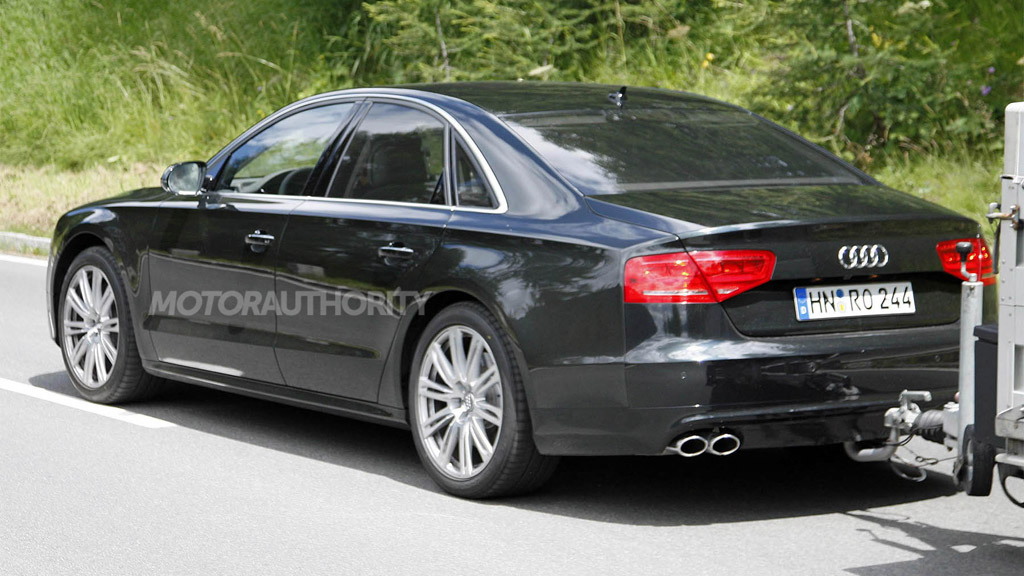 The redesigned 2011 Audi A8 has been on sale for a while now, winning hearts across the country with its unique blend of clean styling, precise German engineering and surefooted quattro all-wheel drive system.

As the fourth generation of the flagship A8 sedan, the latest model offers an all-new look and a range of updated technology. But what it will also offer is a brand new, high-performance S8 variant.

Captured here testing in prototype form once again is the new 2012 Audi S8, which is expected to go on sale later this year, most likely with a showing at the 2011 Frankfurt Auto Show this September.

Not much is known about the car but according to these images of the prototype, it will feature dual exhaust tailpipes, oversized brakes and a custom set of bumpers.

Audi design director Stefan Sielaff has previously revealed that the new S8 will be a very important model in the automaker’s lineup as it will influence the design of future performance models wearing the four-ring logo. He also said that the latest S models will have more visual differentiation over the standard models, with plenty of aluminum and carbon-fiber trim inside the cabin to emphasize their performance aspect to occupants.

The outgoing S8’s 5.2-liter V-10 is set to replaced by a smaller twin-turbocharged 4.0-liter V-8 in line with Audi’s new downsized engine strategy. You may recall that the 4.2-liter V-8 in the S5 has been replaced with a supercharged 3.0-liter V-6 and you can bet something similar will happen to the S8.

Peak output of the force-fed V-8 should hover around the 450 horsepower mark, with drive going to all four wheels via a newly designed heavy-duty seven-speed S tronic dual clutch transmission.