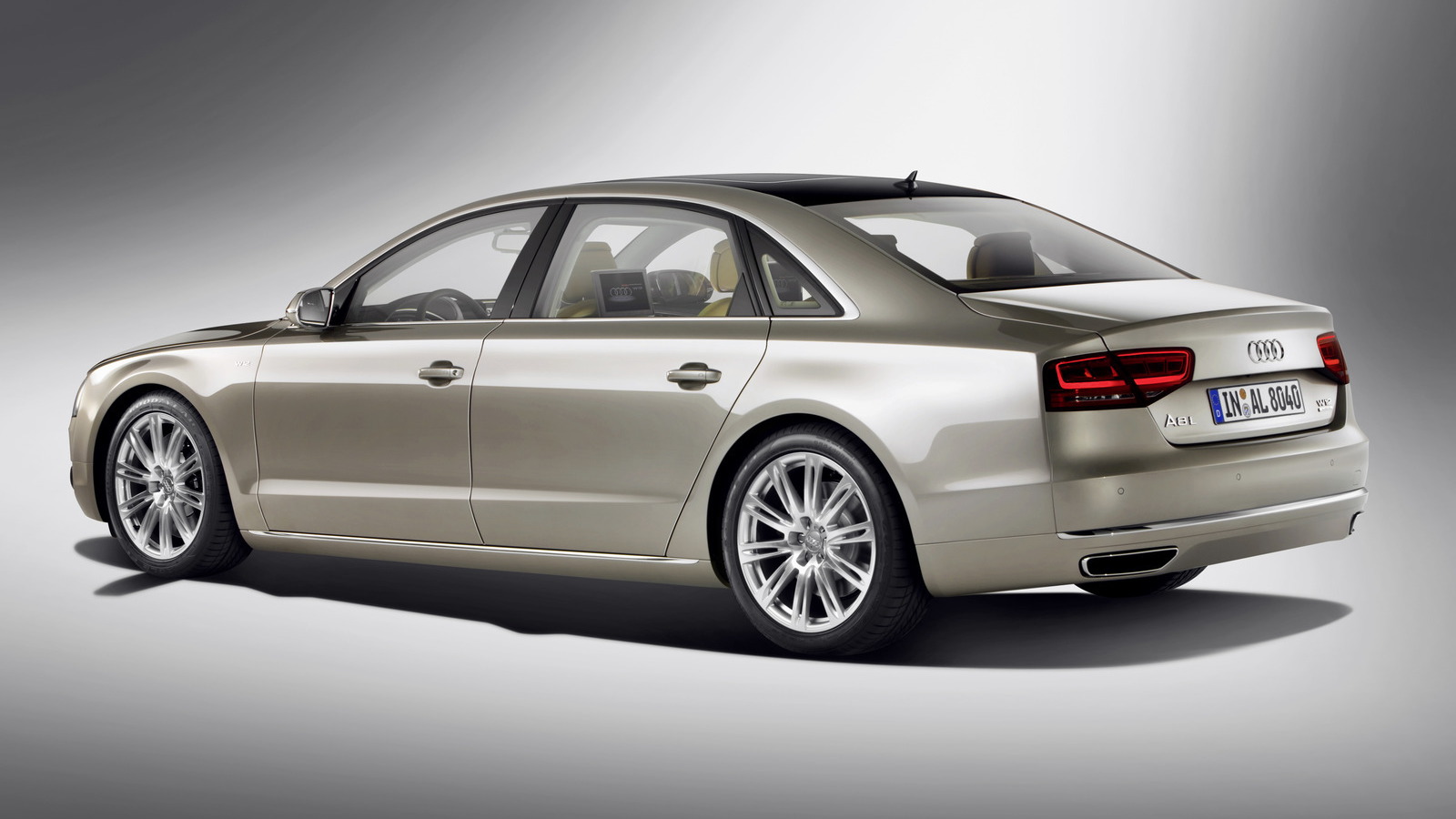 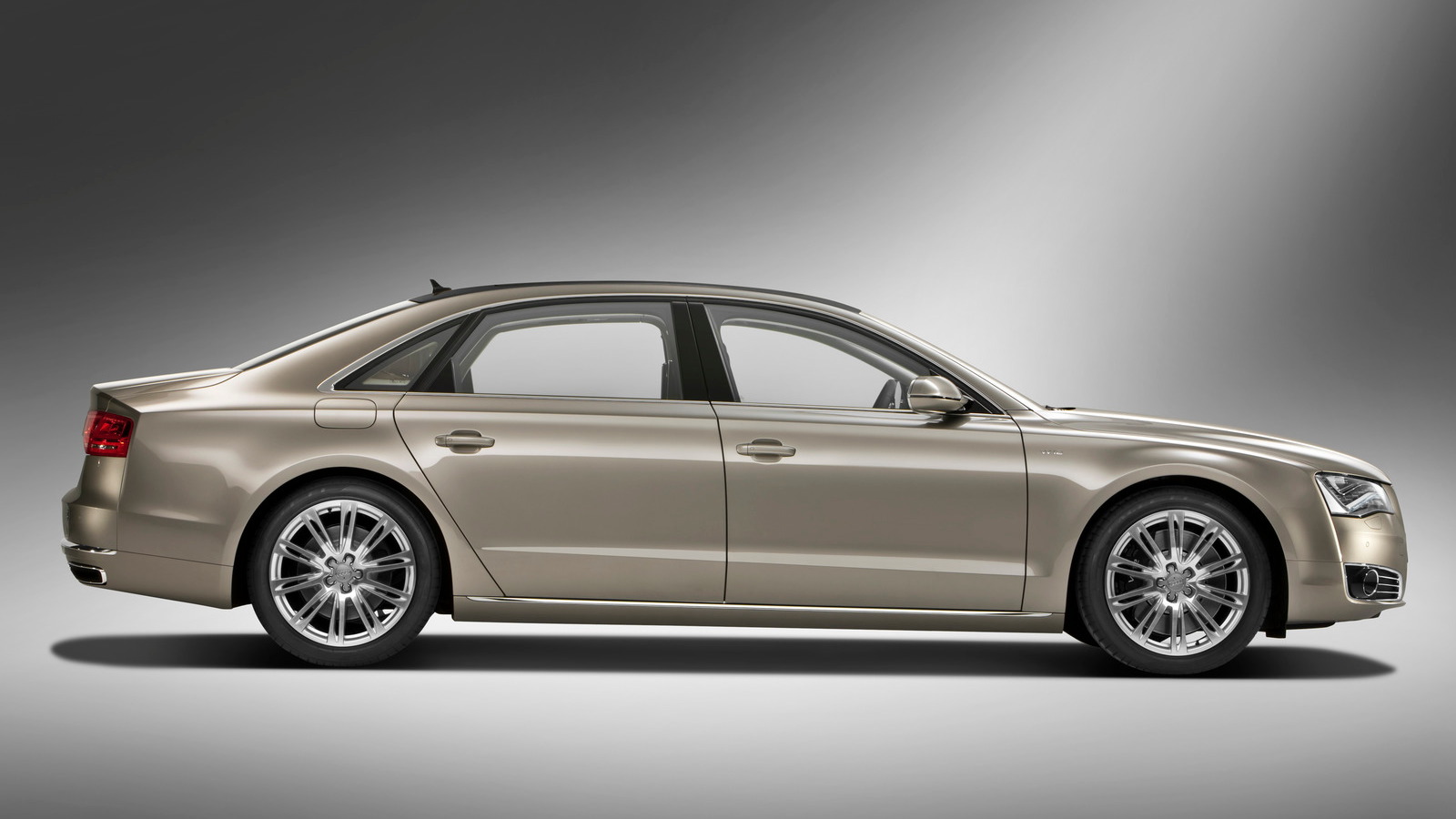 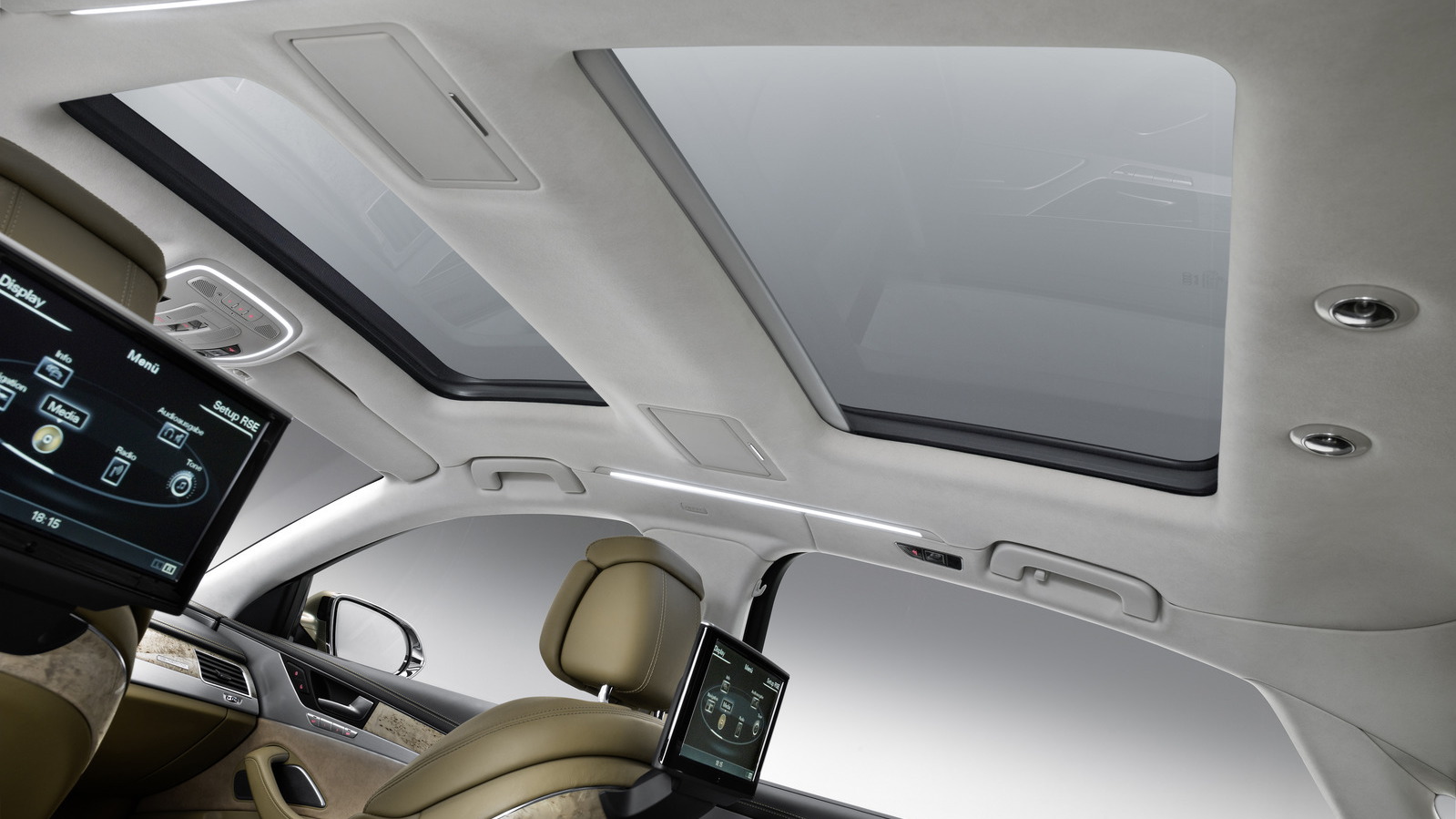 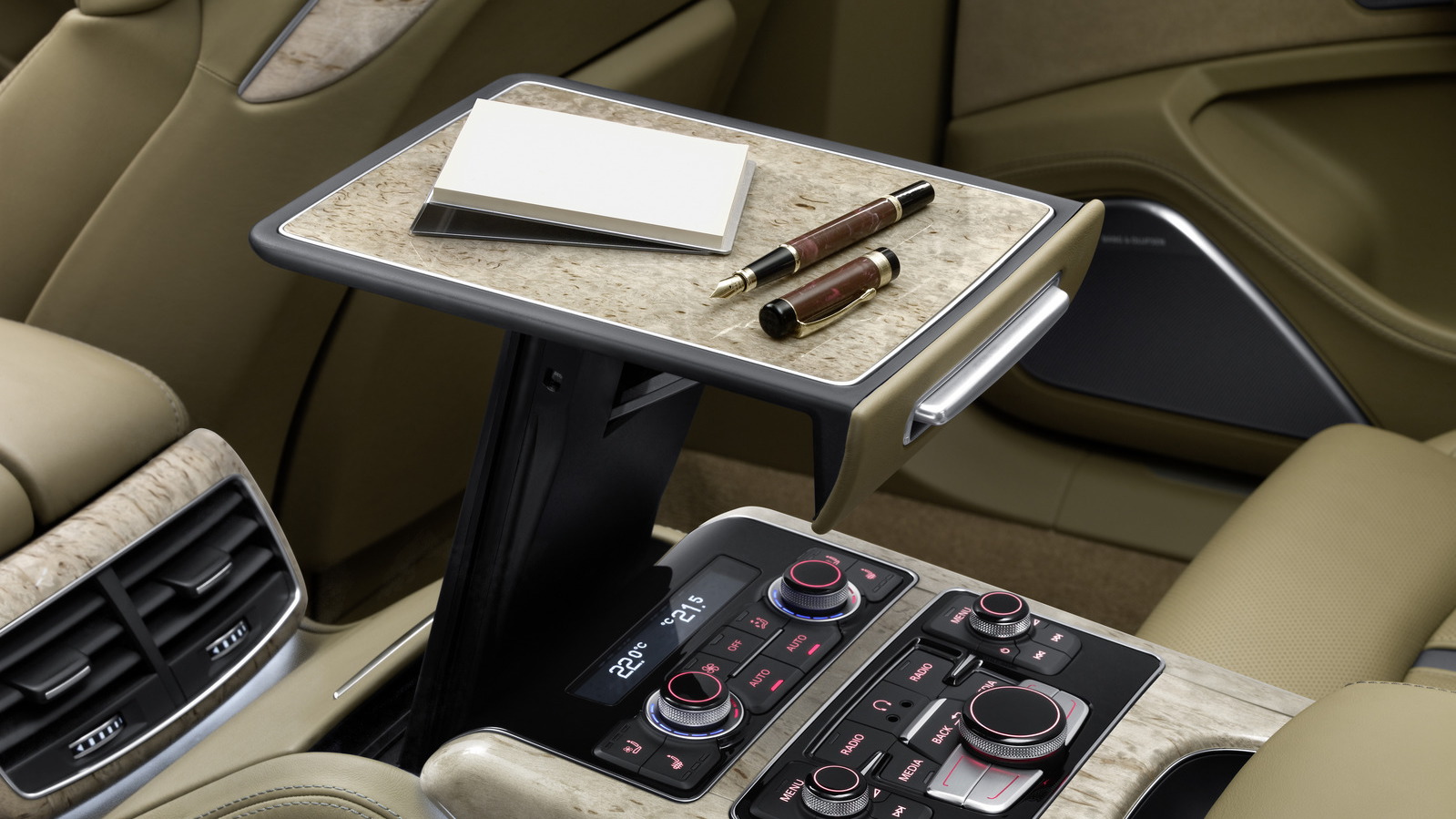 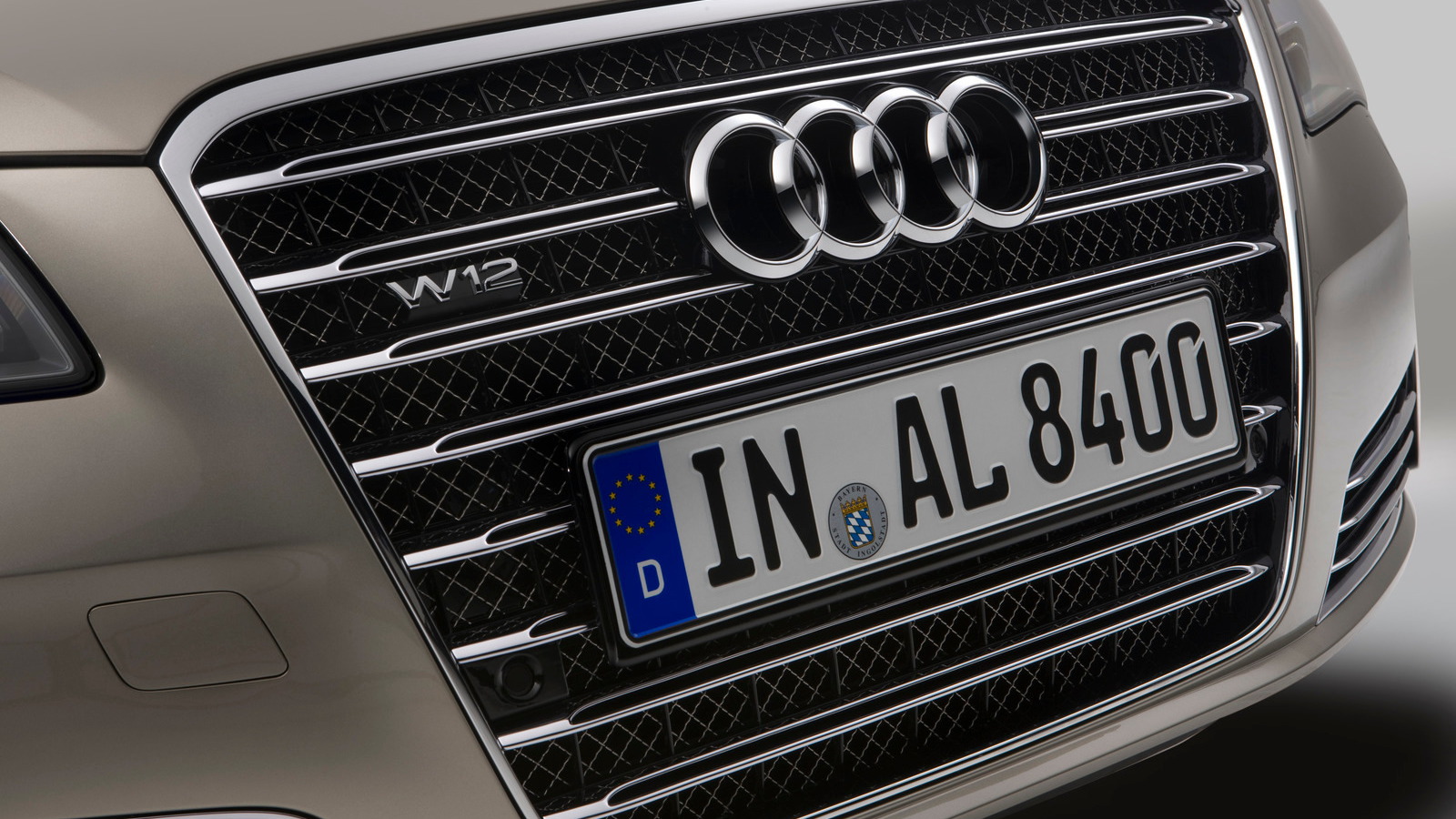 We've known it was coming for a while now, but the Audi A8 L is now fresh off the press site, ready to rumble in regal fashion. The long-wheelbase A8 gets a W-12 engine rated at 500 horsepower and 460 pound-feet for its flagship model, with a 372-horsepower V-8 model packing it up. And that's just the start of the fun.

Both engines are paired with the latest quattro all-wheel drive with a 40-60 percent rear-biased torque split for improved driving dynamics, and both cars get improvements in fuel economy over the previous model--12 percent for the W-12 and 15 percent for the V-8. Performance with either is downright quick: 5.2 seconds to 62 mph for the V-8 and 4.9 seconds for the W-12.

But as mighty as they may be in performance, no one is buying the A8 L to go hit up a drag strip or a trackday. It's the executive's sedan/limo, and the features offered put it on par with the latest from BMW and Mercedes, though some may still be put off by its demure styling. 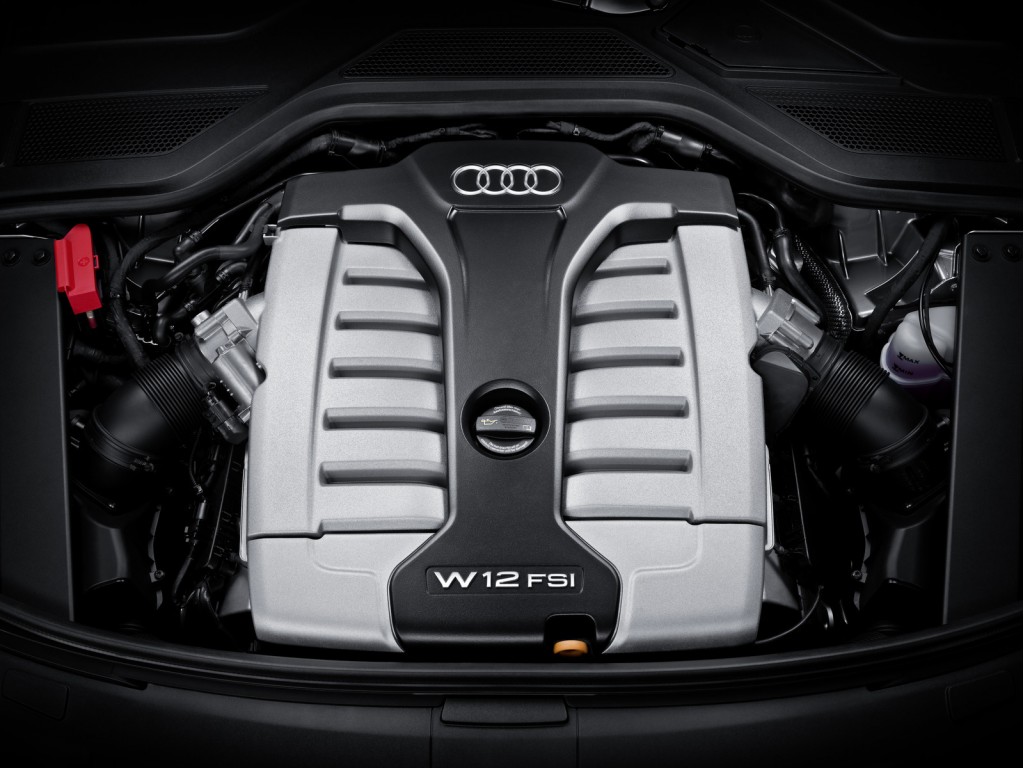 The back seat passengers can listen to the 19-speaker, 19-channel Bang & Olufsen 1,400-watt sound system designed specifically for this car's cabin as they negotiate hedge fund deals and arrange for Somali pirate ship ransoms. When they get a spare moment to relax, they can contemplate the "King's Joint," a special design feature where the dashboard meets the door, joining wood, aluminum, leather and plastic in a complex and aesthetic juncture.

If that's too low-key, there's the MMI 3G+, the latest iteration of Audi's multimedia interface, which integrates touch and handwriting recognition for entry of letters and numbers. Of course, there are innumerable options and features for comfort and entertainment (or business presentations) in the rear seat as well.

The 2011 Audi A8 L goes on sale in the U.S. this fall, with the W-12 model making its intro early in 2011. More model variants are also planned, including "performance, prestige, and alternate-fuel" versions. The A8 L makes its official debut to the public this month in Beijing.