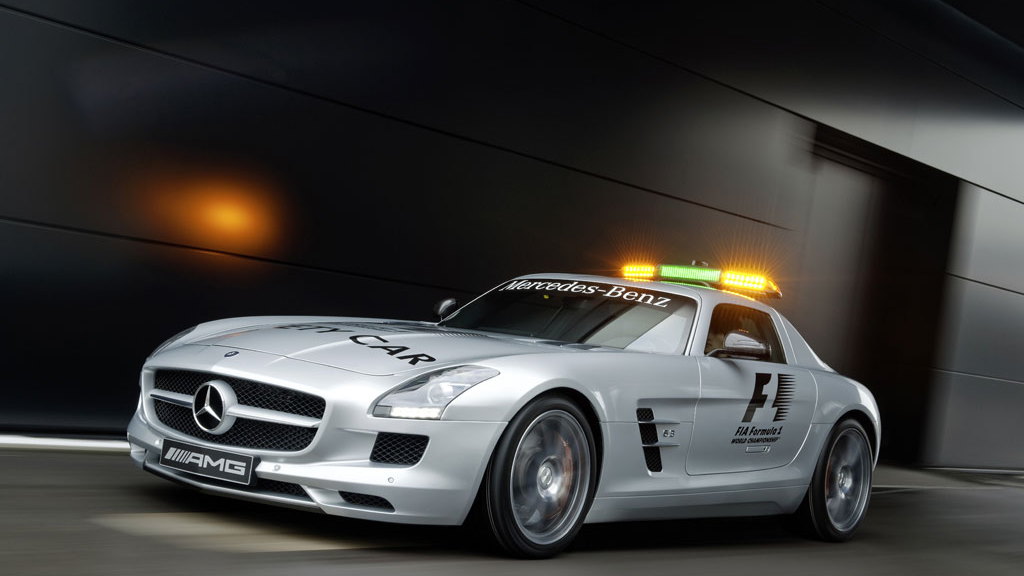 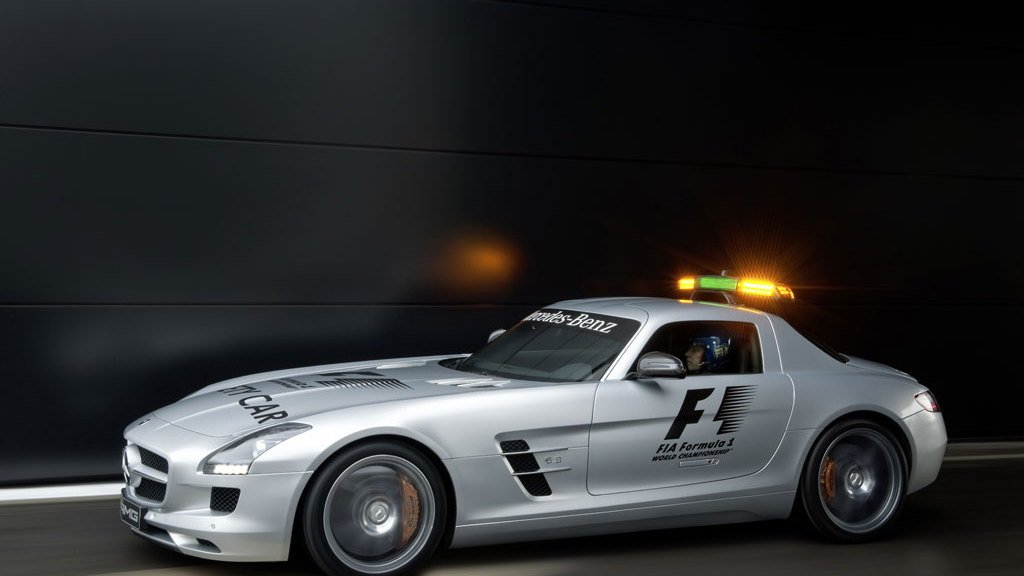 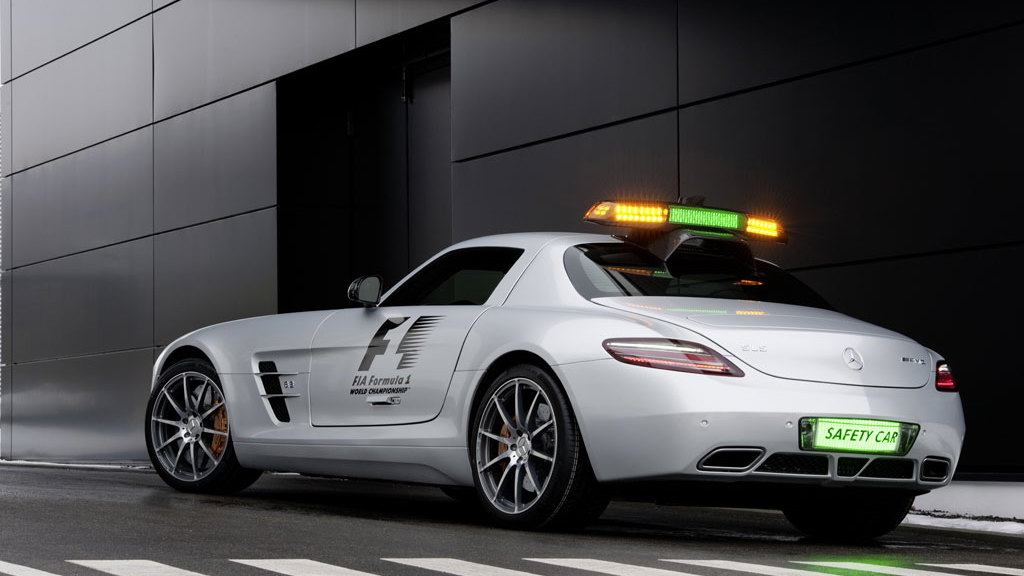 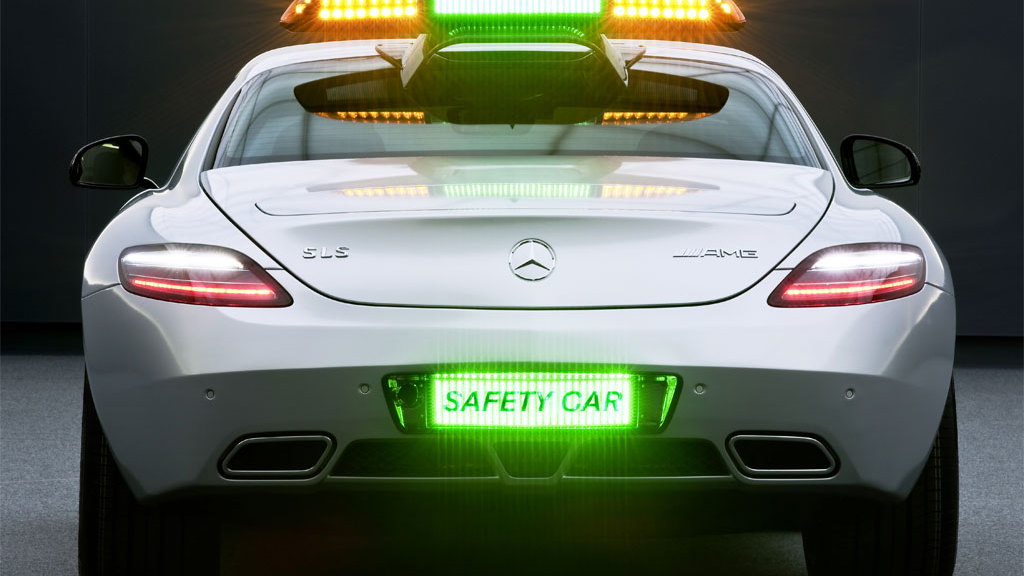 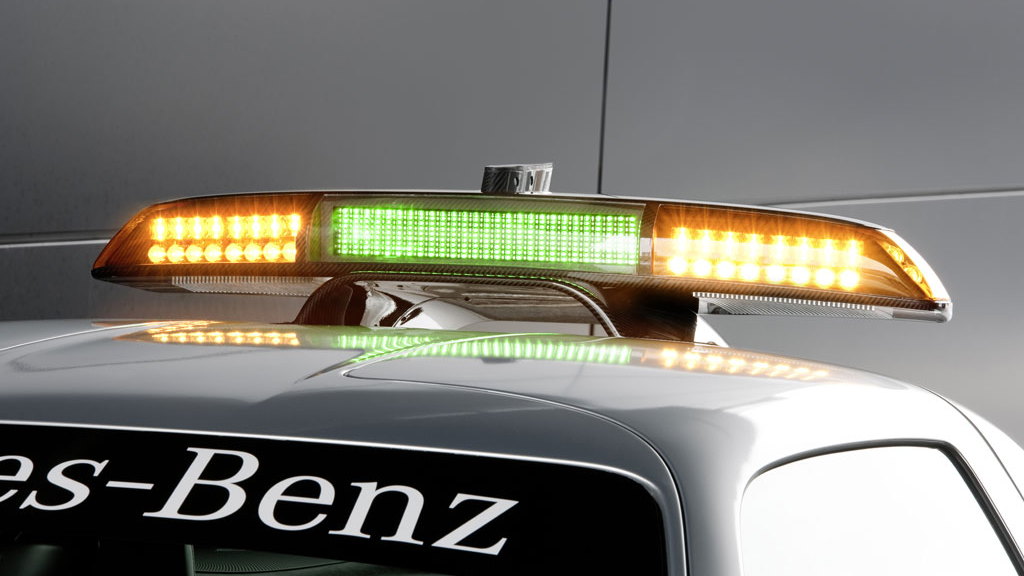 As we enter another year of F1 we can say hello to a brand new official safety car in the form of the 2010 Mercedes-Benz SLS AMG, which replaces last year’s SL 63 AMG and is destined to be one of the most memorable safety cars we’ve seen in a while.

The SLS AMG safety car will make its debut at Bahrain’s season opener on March 12 and will appear during all 19 scheduled races. It will be piloted by 38-year-old German Bernd Mayländer and will be on standby in the pit lane throughout the entire race. Mayländer, himself, is a former DTM race car driver so he should know a thing or two about keeping pace with the F1 cars out on the track.

The car features the same engine, power transmission, suspension and brake system as the standard-production SLS AMG but it's been fitted with a unique LED roof light system. It also comes with prominent F1 logos and carbon-fiber exterior mirrors.

A special number plate at the rear with "Safety Car" lettering and 700 LEDs provides additional safety in darkness or wet weather, while a reversing camera allows the driver to keep a closer eye on the F1 race cars behind via a monitor.

As in the last two years, Mercedes-Benz is offering its C 63 AMG Estate wagon as the official F1 medical car.