The Lotus Elise is a relatively affordable, no-nonsense sports car that's equally at home on the road or racetrack. First launched in 1996, the spritely roadster bowed out of the U.S. in 2011 and will exit all other markets by the end of 2021, along with the related Exige and Evora sports cars. Various versions of the new Emira sports car will fill the void until Lotus makes a switch to a full-electric lineup this decade.

Lotus will soon start deliveries of its limited-production Evija electric hypercar but won't have a volume electric sports car on sale until 2026. Code-named the Type 135, this volume sports car will be based on Lotus' recently announced E-Sports platform designed for electric sports cars with either twin or 2+2 seating configurations.

E-Sports is the platform that Alpine will also use for an electric sports car, one of three electric models the French brand plans. Lotus is also open to licensing the platform to other companies.

Autocar reported on Monday that the E-Sports-based Type 135 will be the spiritual successor to the Elise, meaning it will be the entry-level offering in Lotus' future electric sports car lineup. This also means that it will likely have the base specs offered in the E-Sports platform, which Lotus has confirmed as a 66.4-kilowatt-hour battery, 469-hp rear-mounted motor, and short wheelbase with seating for two. 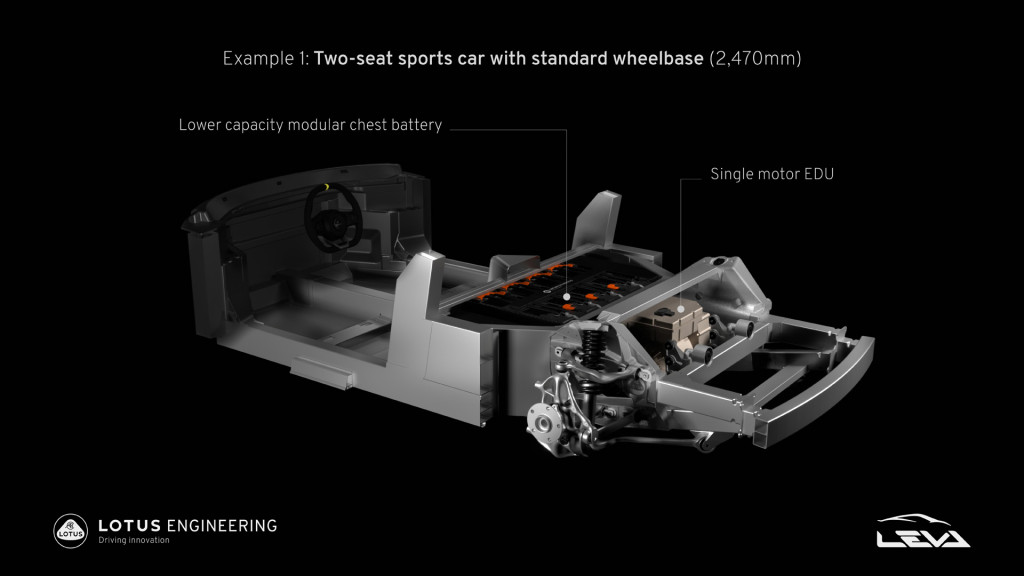 Expect other Lotus models based on the E-Sports platform to have similar positioning to the Exige and Evora/Emira. The most potent configuration has been confirmed as having a 99.6-kwh battery and dual-motor system good for 871 hp.

Due to the heavy battery, Lotus is unlikely to match the lightweight ethos of the Elise with its Type 135 though efforts are being made to ensure it is among the lightest in the electric sports car arena. For example, the rear structure of the E-Sports platform is 37% lighter than the structure on the Emira platform. Key weight-saving measures include utilizing the vehicle structure as the battery enclosure, having an integrated electric drive unit, eliminating bolt-on sub-frames, and optimizing the multi-link suspension components.

Lotus is also unlikely to match the price of the Elise. Citing comments made by Matt Windle, Lotus' managing director, Autocar reported that the price of the Type 135 will fall somewhere between 80,000 and 100,000 British pounds (approximately $109,000 and $136,000). That's almost double what the Elise sold for before exiting the U.S.

Before the arrival of the Type 135, Lotus will launch three other electric vehicles. These will be a pair of crossovers (Type 132 and Type 134) and a four-door coupe (Type 133). While Lotus will keep production of its sports cars in its Hethel, U.K., home, other models will be sourced from a new plant under construction in Wuhan, China.