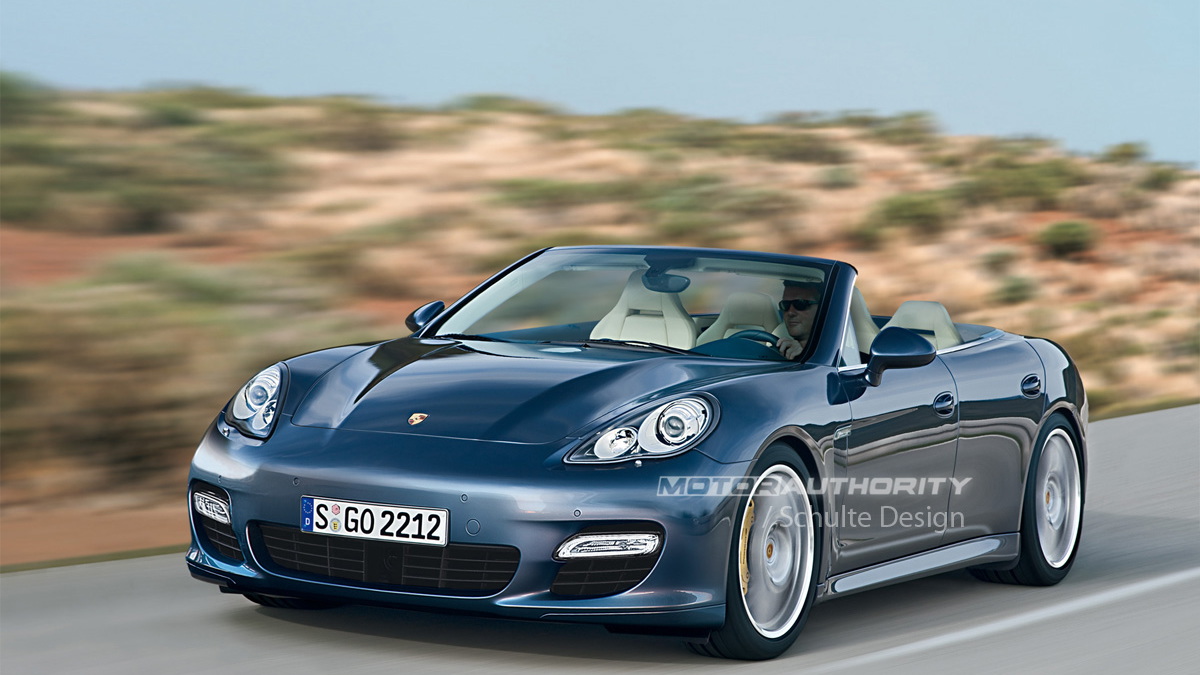 Carmakers love to build as many models as possible from a single platform as this helps them spread initial investment costs, as well as risk, that can often run up into the billions of dollars. This is especially true for smaller carmakers with limited budgets and low production volumes. Case in point is Porsche, which is now eying a convertible version of the 2010 Panamera sedan.

According to Porsche’s R&D chief, Wolfgang Dürheimer, the Panamera platform has great development potential for other bodystyles.

Dürheimer first revealed the information during an interview with Auto Motor und Sport, where he also mentioned that because of its size the Panamera Cabrio would only feature two doors in order to maximize rigidity. The latest patent designs show a four-door cabrio, however. Our preview renderings above show what both might look like.

Furthermore, Dürheimer confirmed that the Panamera Convertible will feature a conventional soft-top roof as this is the only option that makes sense in terms of packaging, weight, and design. Our preview rendering includes these details and marries them with the current Panamera's styling to show what the final result may look like.

The Porsche exec wasn’t willing to reveal details about a successor to the 928 but previous reports suggest that such a car is in the works. The new car would likely be called the GT Coupe but unlike the Panamera it would be an all-out performance model rather than a comfortable tourer.

The possible GT Coupe is expected to feature 2+2 seating plus most of the engine options from the Panamera sedan, which means a range of V-8 powertrains as well as a new V-6 unit. The upcoming hybrid version, however, will likely be limited to the four-door.

Porsche hasn’t officially confirmed either the Cabrio or the GT Coupe but the latest comments from Dürheimer suggest the cars are already in development, which means they should be on sale by late this year or early next as 2011 models.