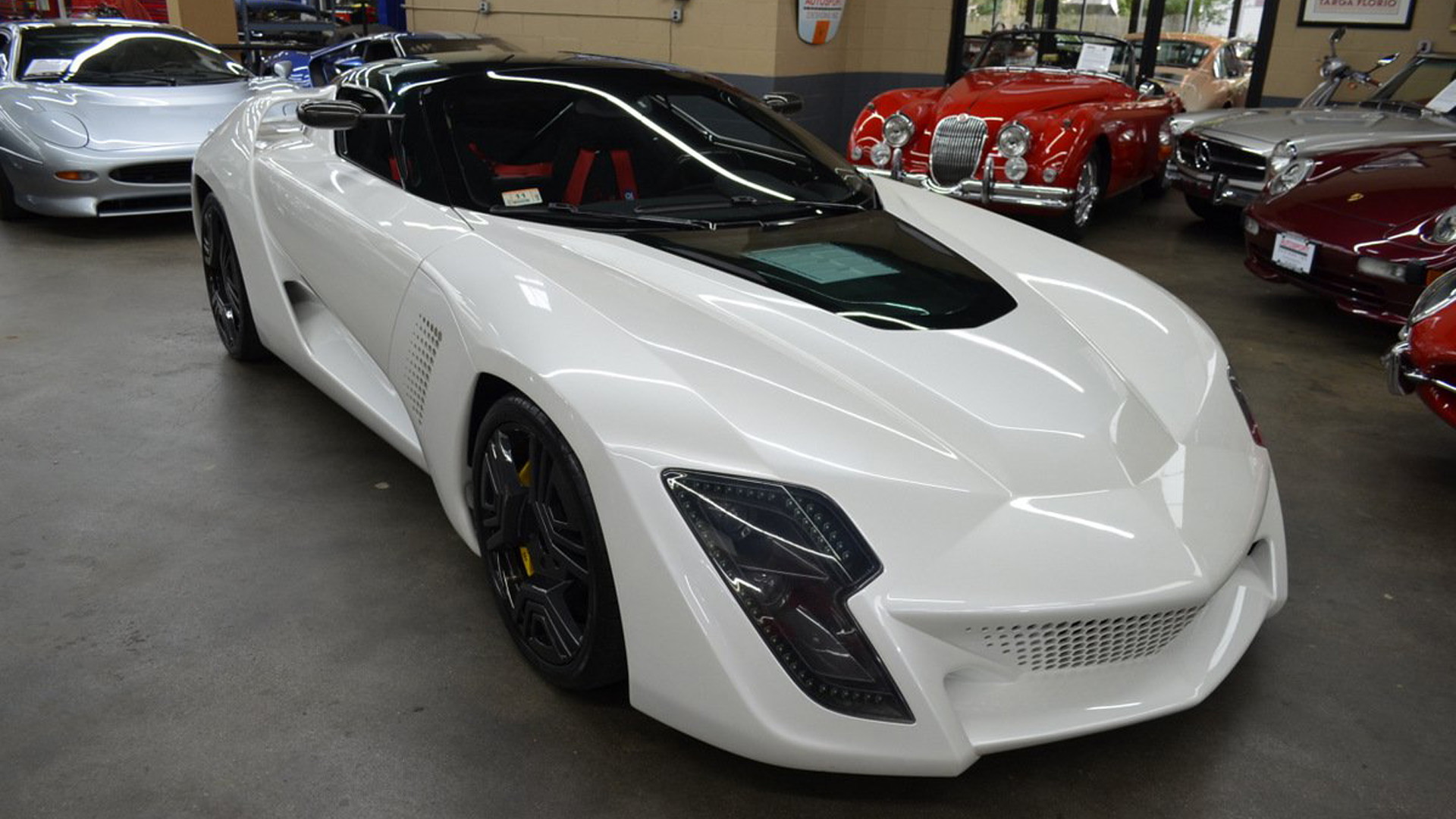 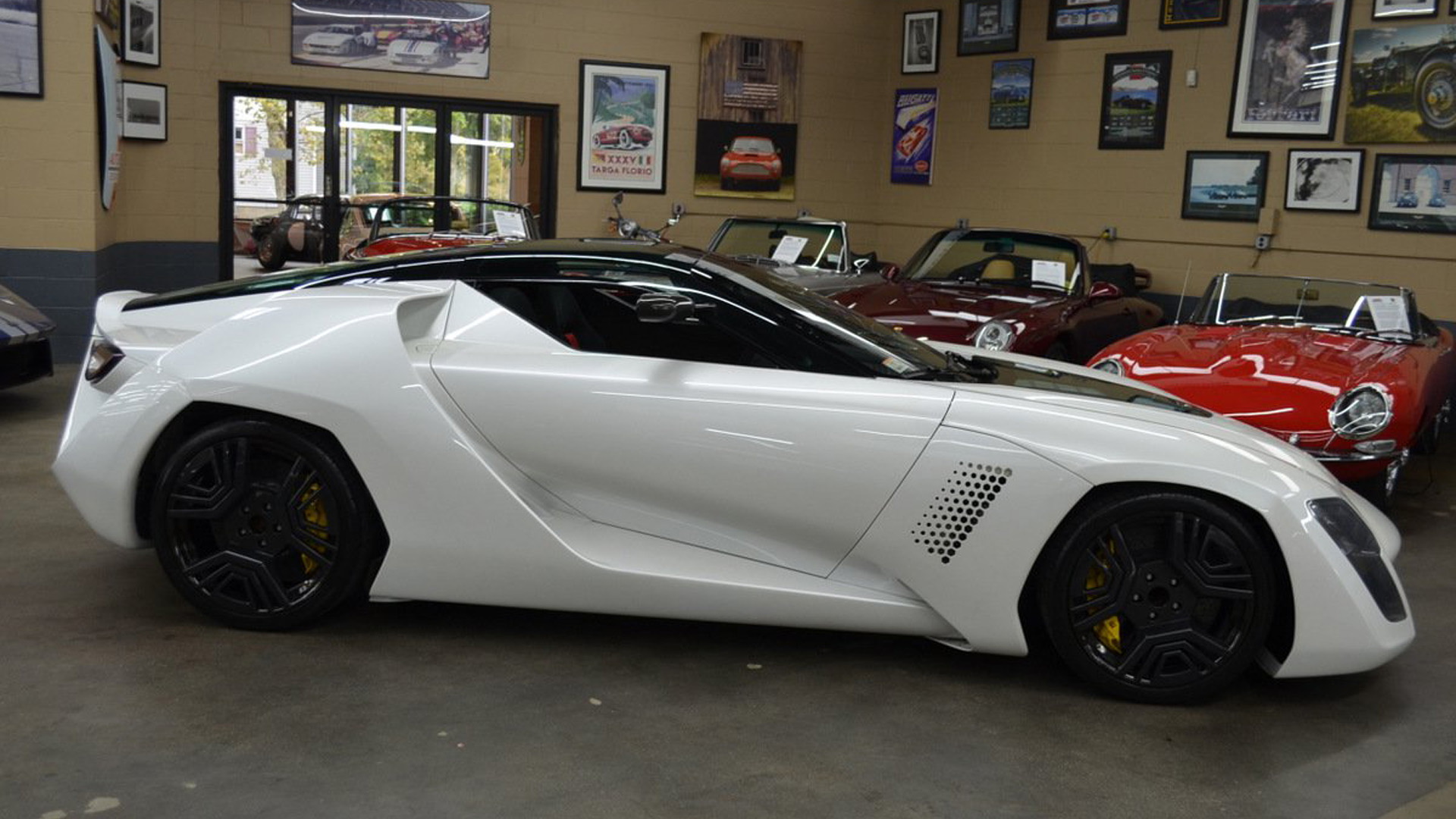 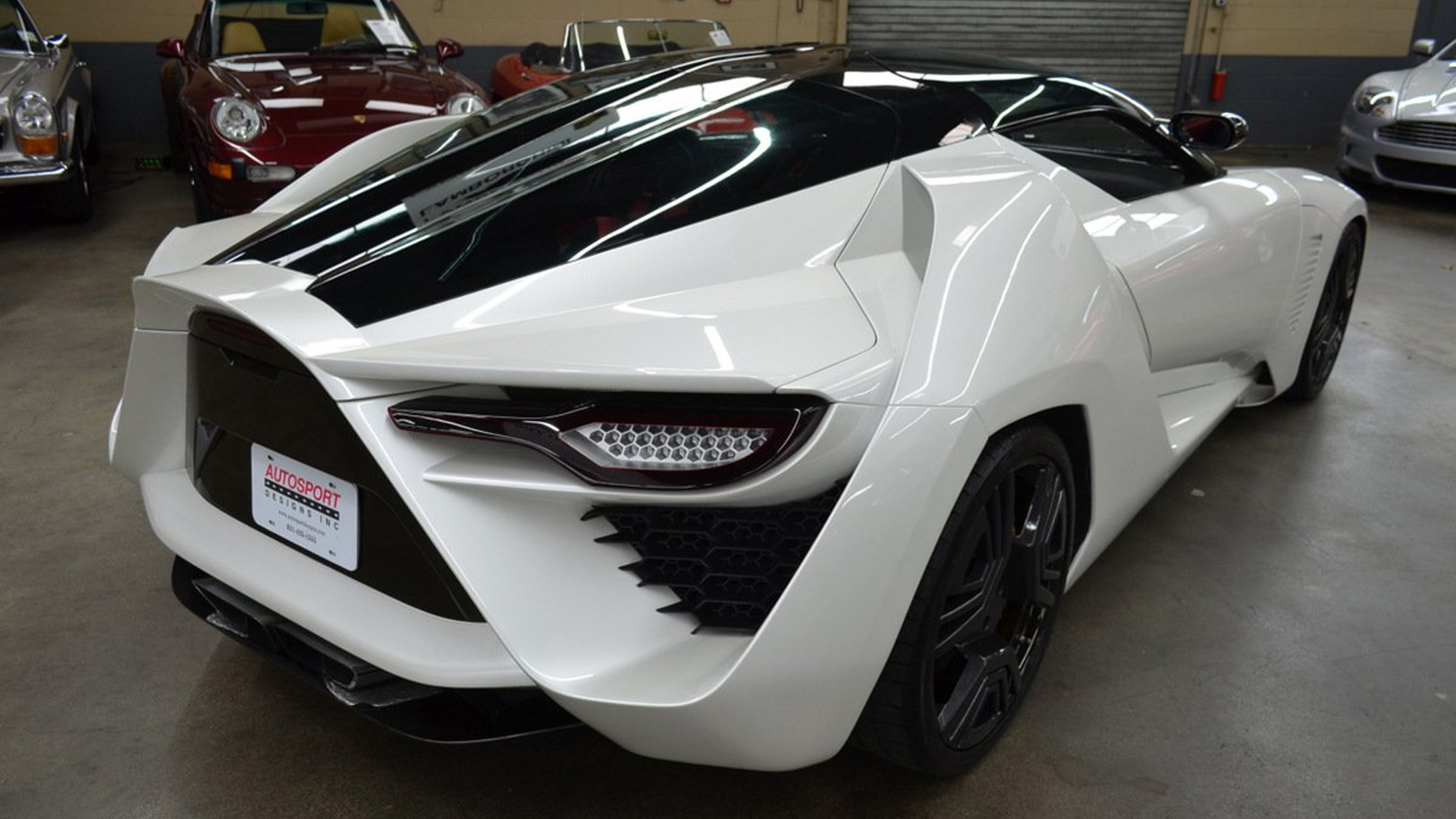 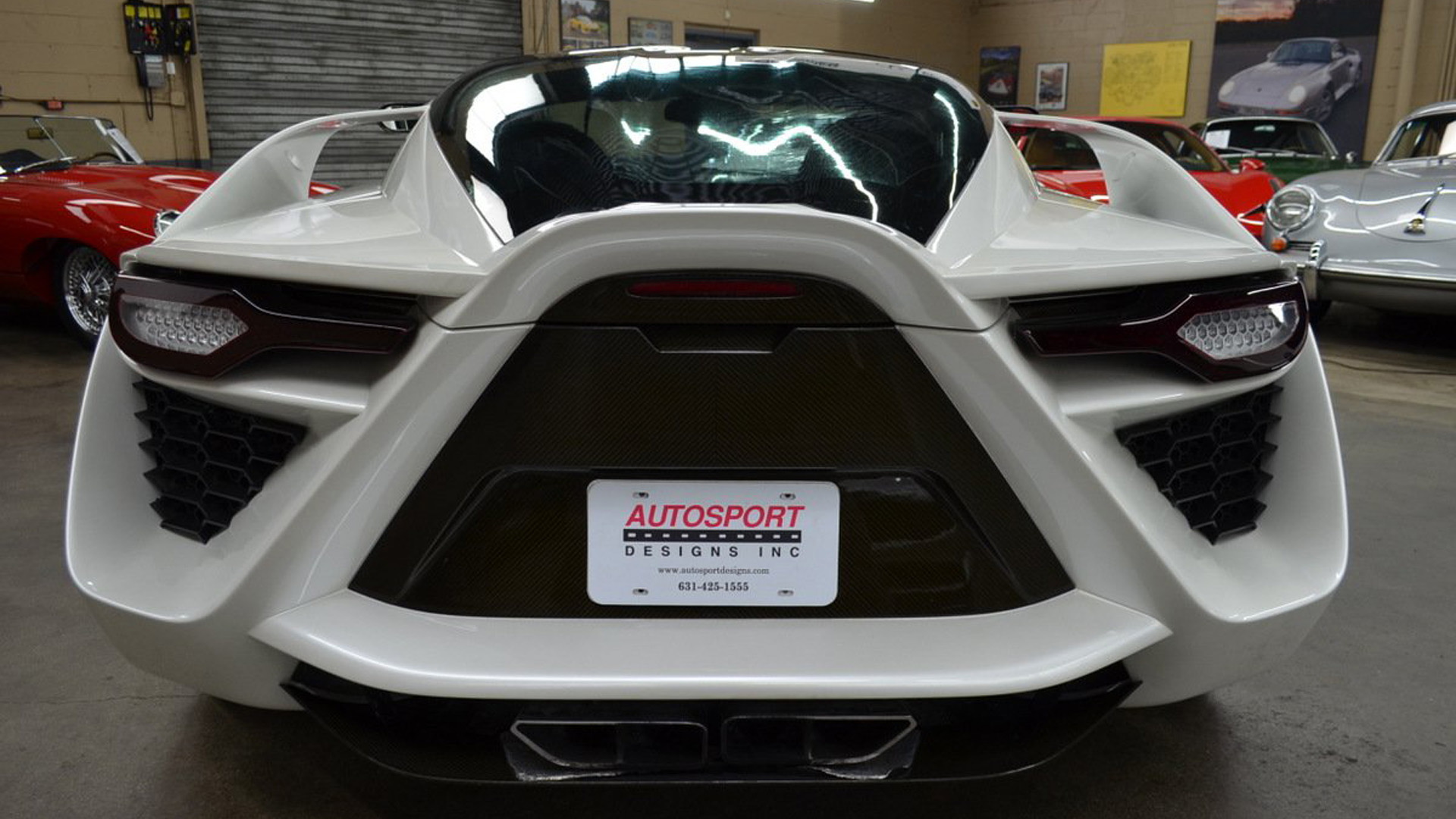 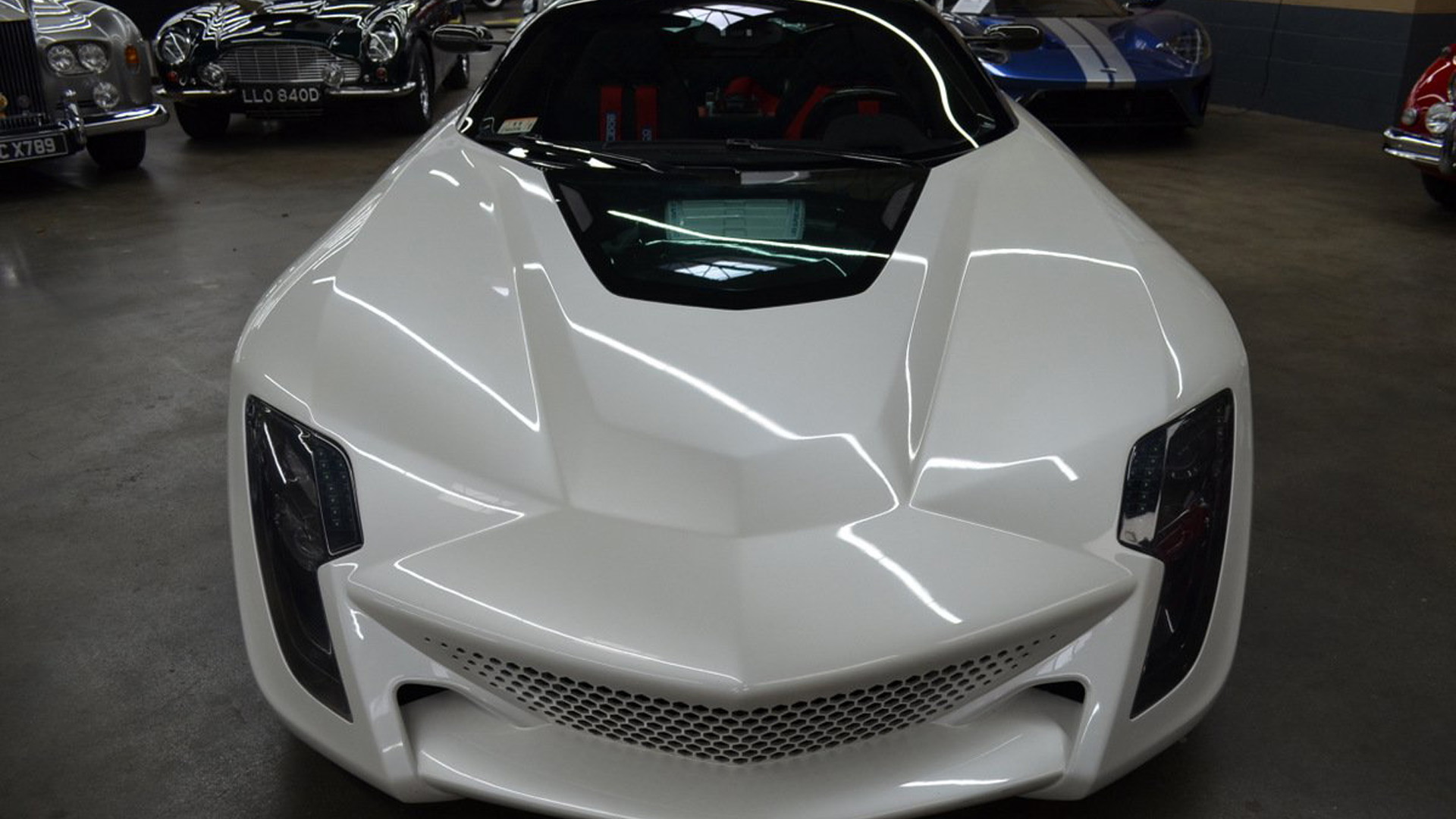 Back in 2009, defunct Italian design house Stile Bertone designed a supercar based on the bones of the C6 Chevrolet Corvette ZR1.

It was called the Mantide, and it was the brainchild of talented American designer Jason Castriota who was head of design at Bertone at the time.

Love it or hate it, it's certainly an iconic design that bears almost no indication of its coach-built origins. Now you have the chance to own it.

While there was talk of Bertone building a small run, only the original concept eventuated. Following a string of appearances on the auto show circuit, it was delivered to its owner, a serious car enthusiast with a McLaren F1 in the collection and a regular in the Ferrari Challenge one-make racing series.

It's currently sitting at Autosport Designs of Huntington Station, New York, and you'll need to contact them if you'd like to know the price. The car has racked up about 10,000 miles since new and looks to be in showroom condition. The owner also chose to paint the car pearl white upon taking delivery instead of sticking to the red that Bertone had painted it.

Up front sits the familiar LS9 6.2-liter supercharged V-8. It generates 638 horsepower and spins the rear wheels via a 6-speed manual transmission.

While no mechanical changes were made to the donor Corvette ZR1's chassis and powertrain, the lighter weight and better aerodynamics of the Mantide's carbon fiber body means the car performs better. We're talking around 250 pounds less weight than the already lithe ZR1.

Testing at Nardo confirmed a 0-60 mph time of 3.2 seconds and a top speed of 218 mph, which is still competitive today.