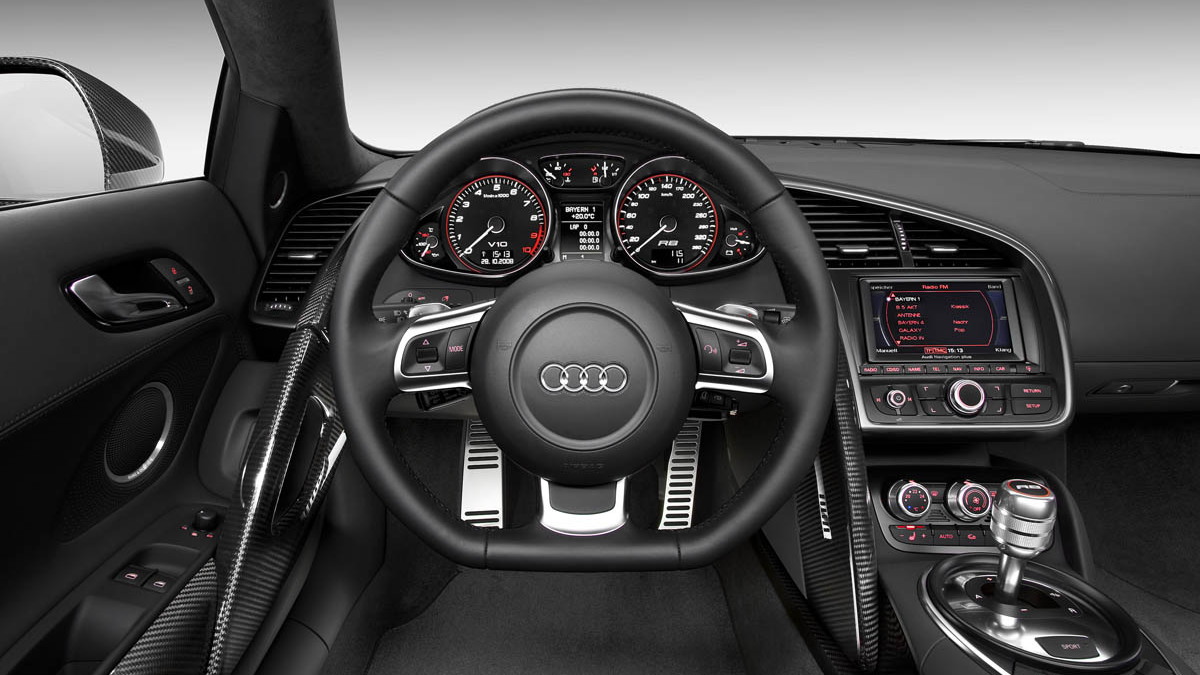 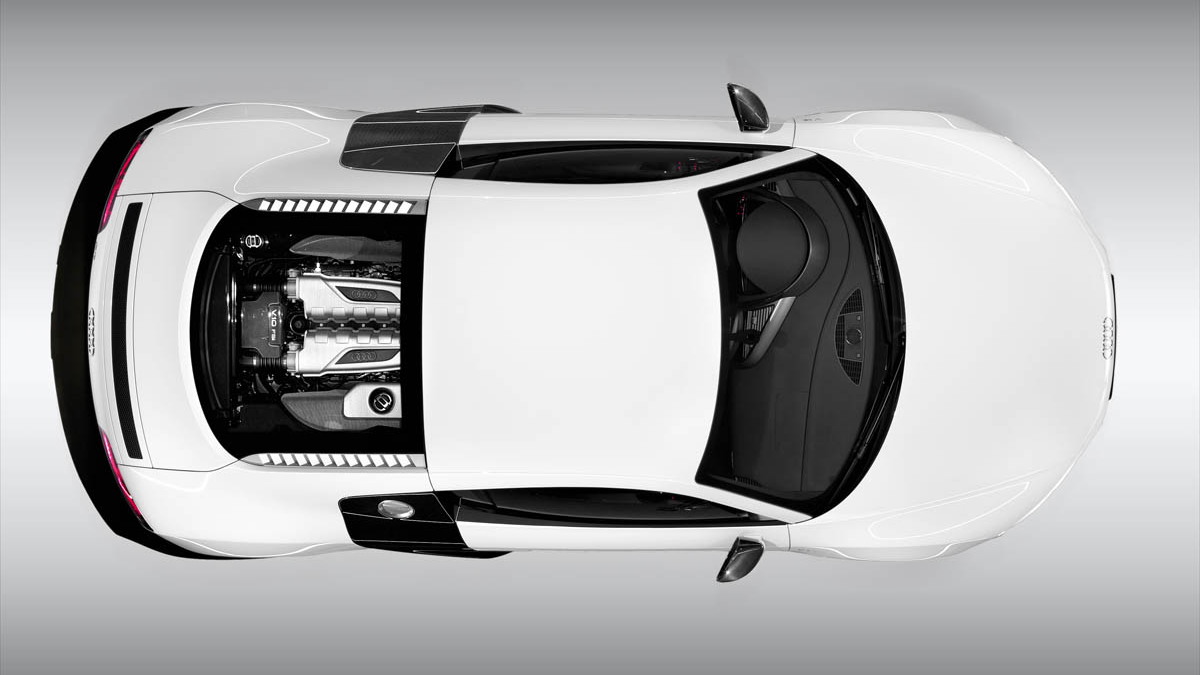 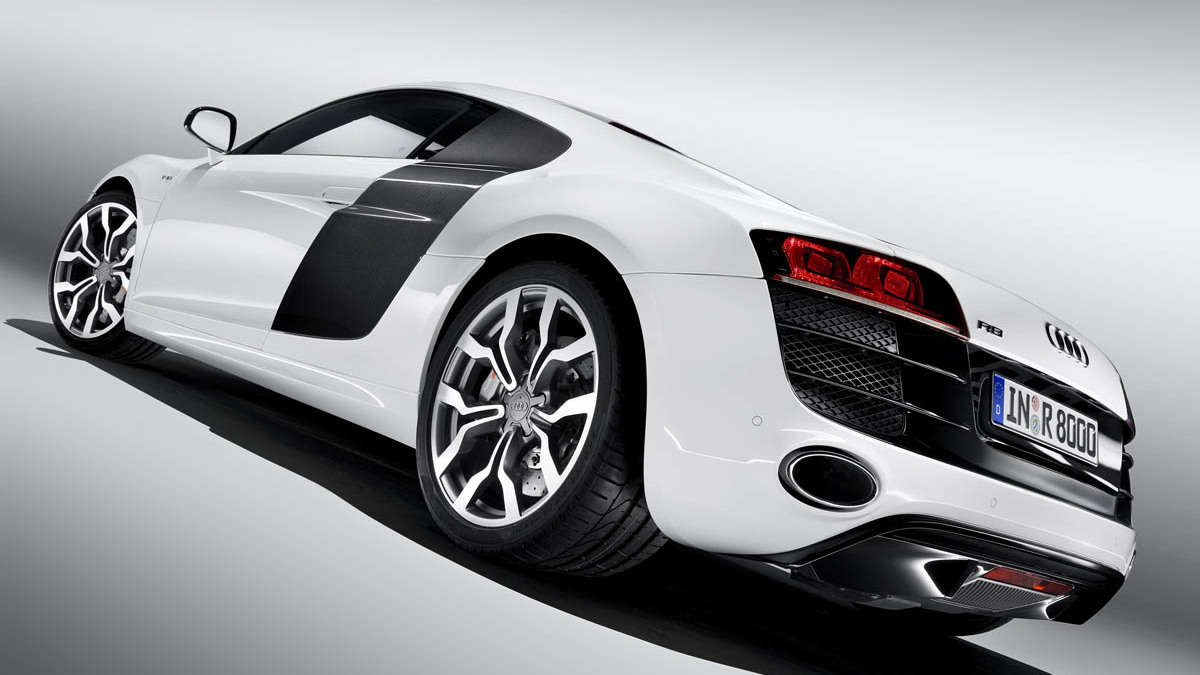 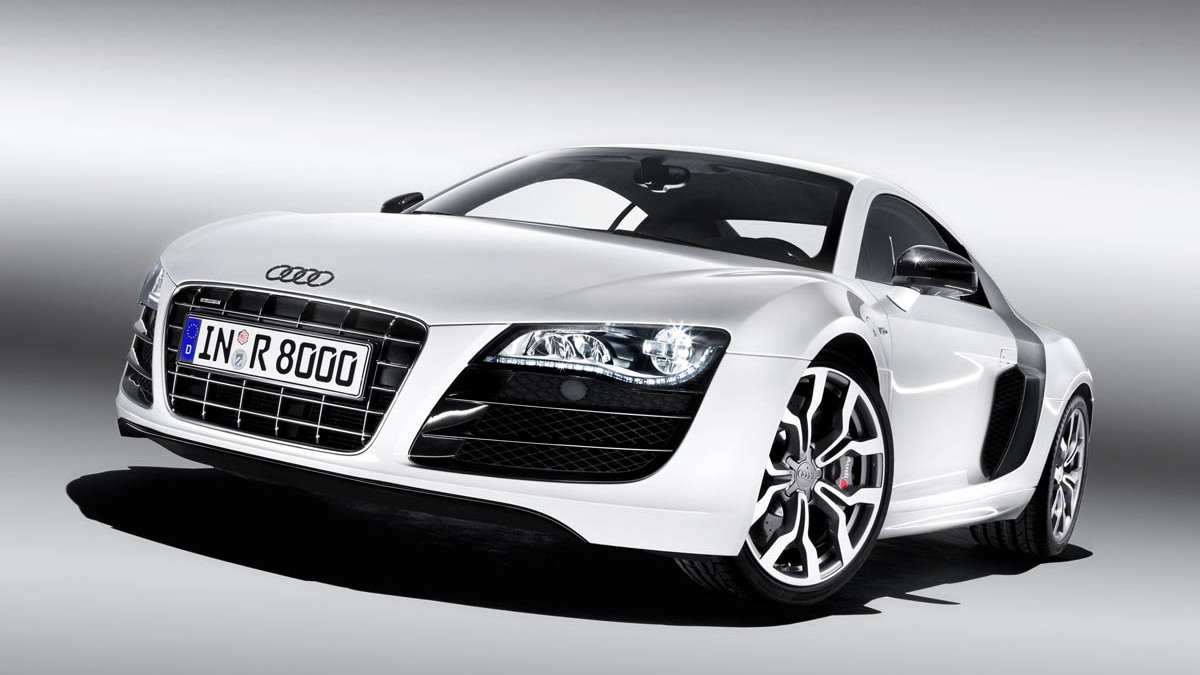 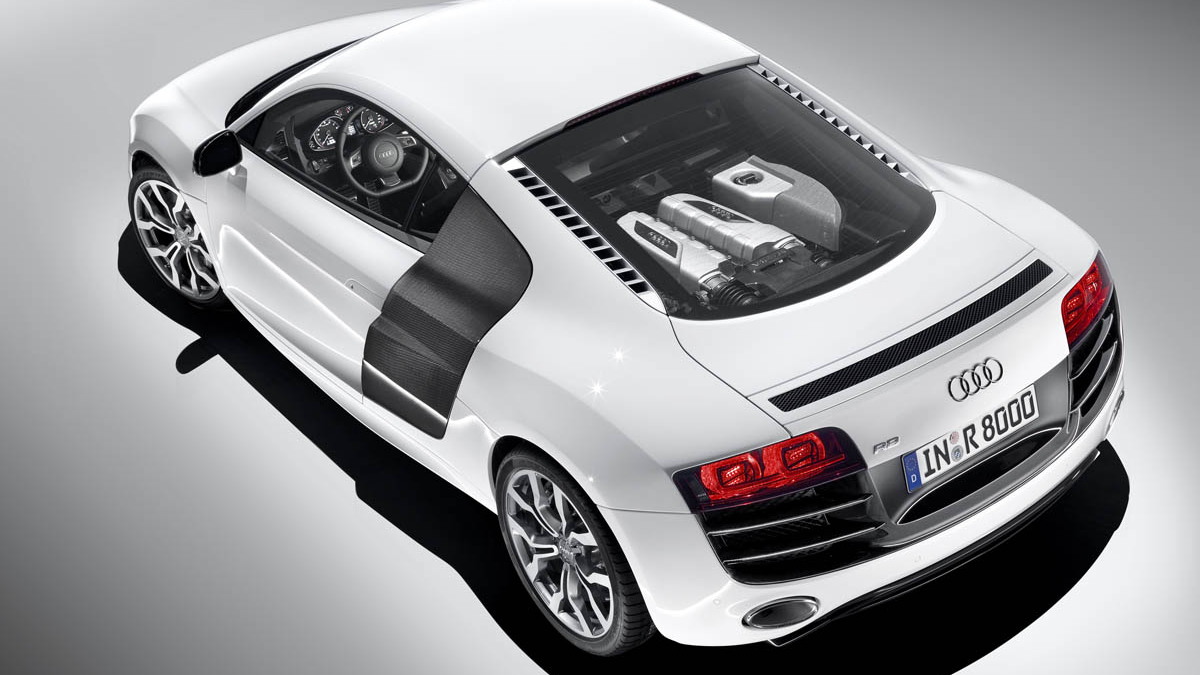 61
photos
Audi's R8 was an instant success when it broke onto the scene in 2007, and now the Germans are sweetening the deal with a V10 FSI engine, further strengthening the similarity to the Lamborghini Gallardo, with which it also shares a platform. Though the new engine is still an Audi, strictly speaking - it's also found in the S6 and S8 sedans in similar form - it's based around a Lamborghini design. But whatever the provenance of the engine or platform, it's clear that Audi's R8 has found its own niche in the high-performance sports car world, and with the addition of the V10 engine is flirting with supercar status.

Fuel efficiency tips in at a rather respectable, though by no means exemplary, 17mpg (13.7L/100km), though enthusiastic use of the loud pedal - a near-inevitability with a V10 strapped to one's back - will certainly reduce that figure in practice, however.

Not that fuel economy is a primary concern of the R8 V10 buyer. The R8 V8 model, rated at a more parsimonious 20mpg highway, is the better choice for daily driving, though not by much. Audi insists the V10's utility is still high, however, highlighting the car's 3.53cu ft (100L) of carbo space under the front hood, and 3.18cu ft (90L) behind the seats.

Pricing for the car will start at €142,400 ($182,800) in Europe, and will be available with a choice of either six-speed manual or Audi's R tronic sequential gearbox. Weighing in at 3,571lb (1,620kg) the V10 R8 isn't exactly a lightweight, but it's only 68lb (31kg) heavier than the 420hp (313kW) V8 version. The weight is distributed in a classic mid-engine 44/56 front/rear ratio, however, ensuring balanced behavior under braking and slightly tail-biased handling under acceleration. Lateral acceleration on the factory-equipped 235/35 front and 295/30 rear street tires is a bracing 1.2g. Moving to a less staggered rubber setup should improve that figure even further.

Special 'sideblades' on the V10 R8 are more aggressively styled than on the V8 model, the side-sills are wider and the exhaust grilles at the rear get a matte aluminum treatment. Another V10-unique detail is the inclusion of Audi's all-LED headlights as standard equipment. Integrating 54 LEDs, the lights generate a color temperature of 6,000 Kelvin - very close to natural daylight. They are available as an option on the standard V8 R8.

Unique interior touches add a more racing-inspired feel than the standard R8's cockpit - or 'monoposto' as Audi styles it. A wide variety of leathers are available, and the interior surfaces can be had in carbon fiber, piano black or a number of other finishes.

A number of upgraded R8 variants have been expected for some time, including a spyder version, also expected to debut in 2009. A diesel V12 model is still thought to be under consideration, though little movement on the matter has been heard since a pair of concepts were released earlier this year.