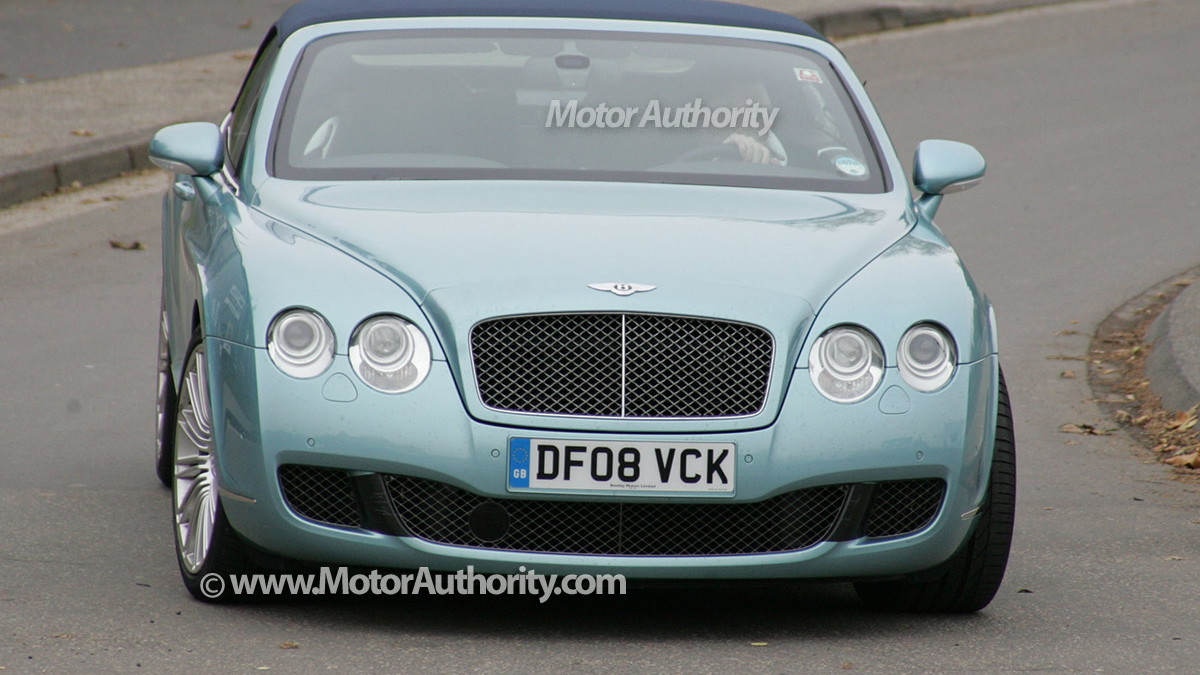 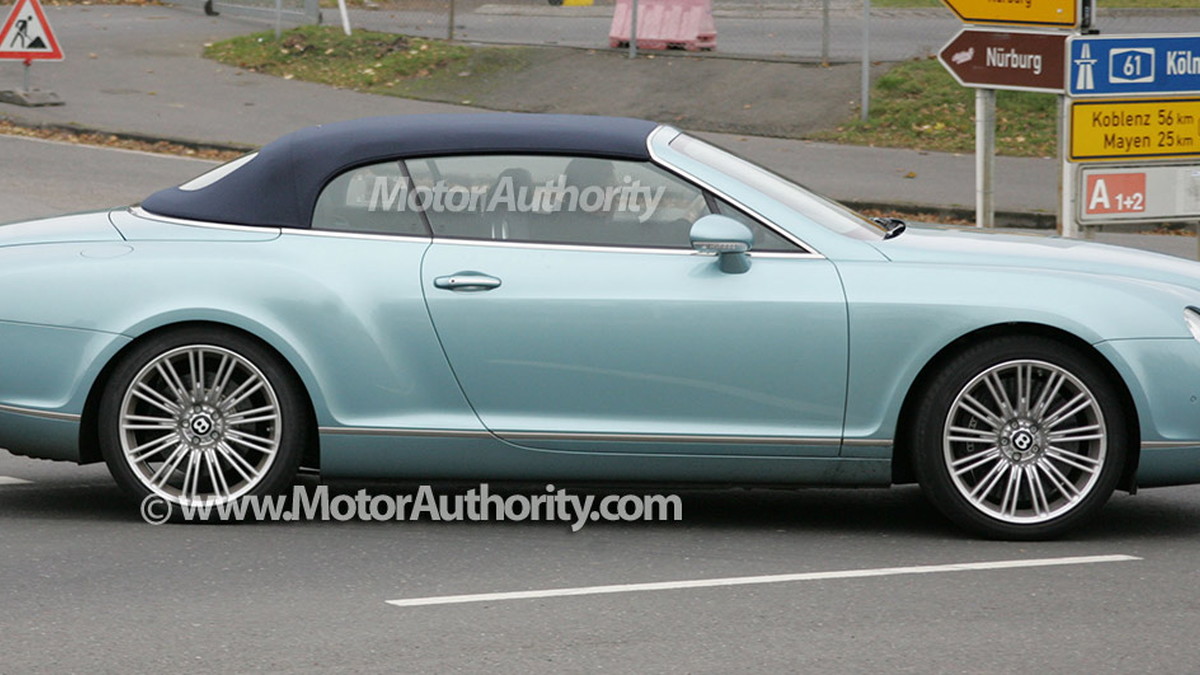 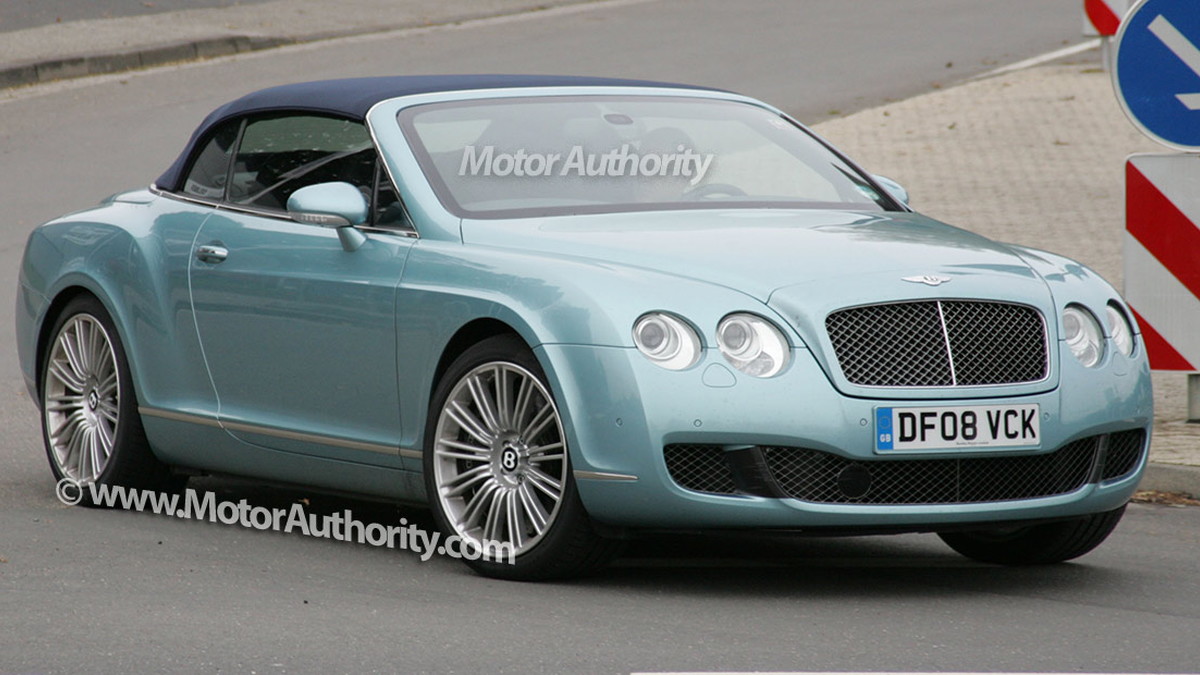 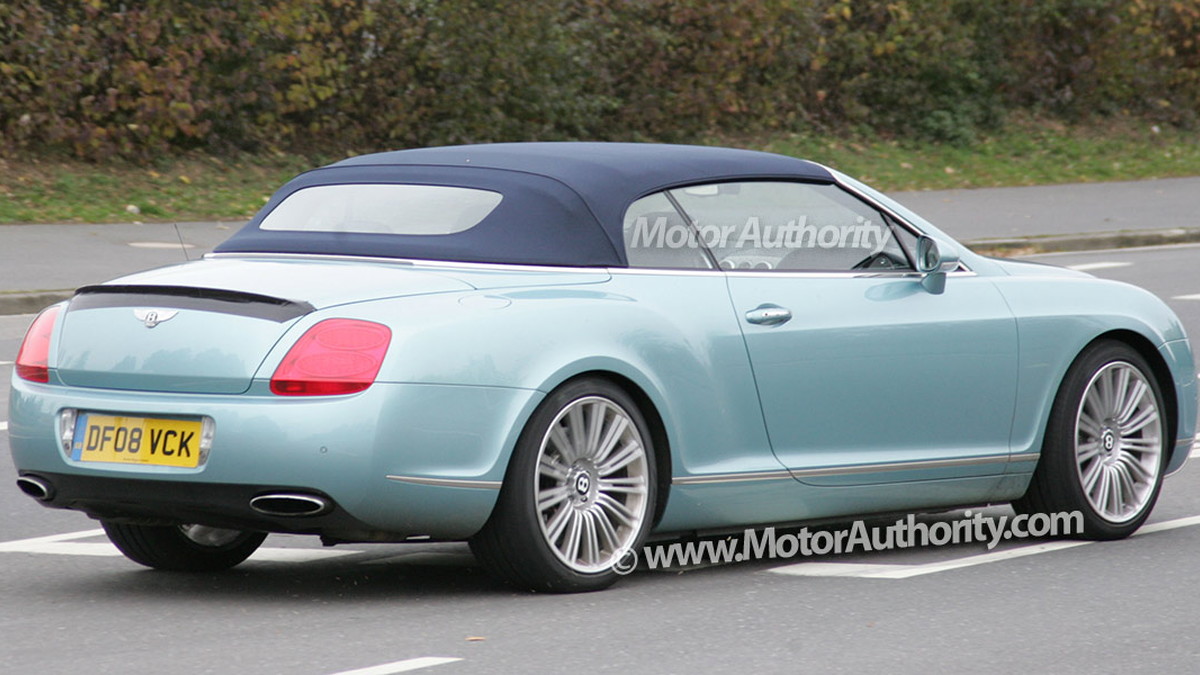 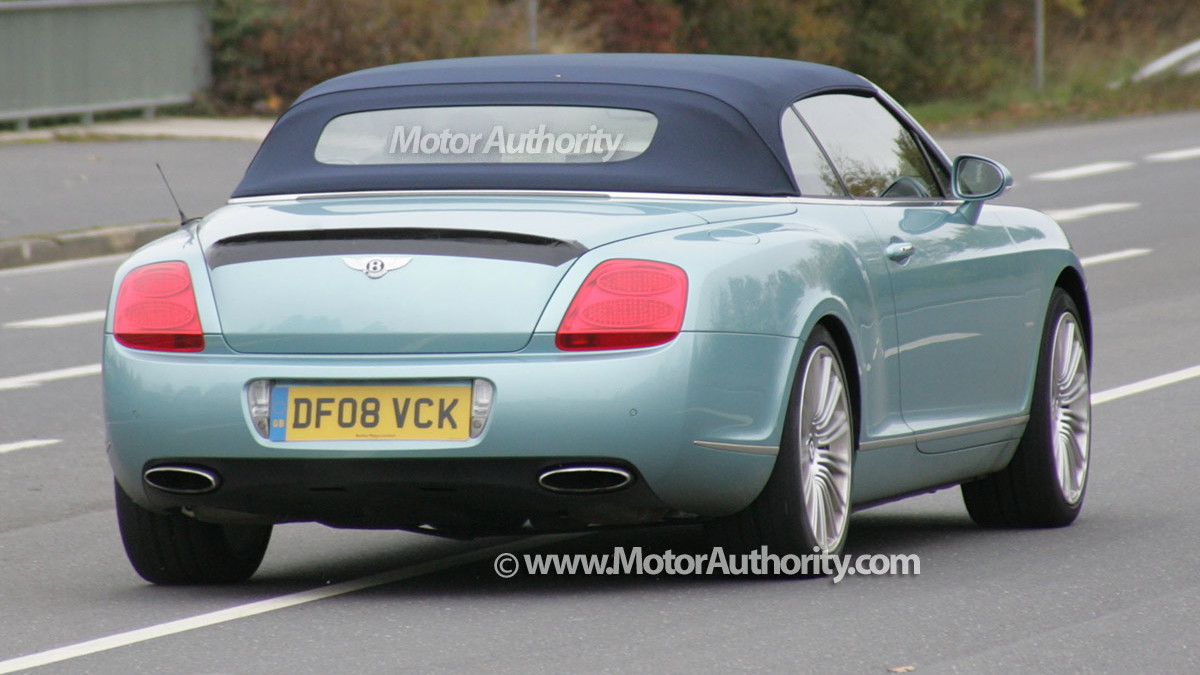 18
photos
Bentley’s sporty GT Speed coupe has been on sale since August of last year and back in June of this year we saw the introduction of the Flying Spur Speed saloon. However, there’s one more derivative of the Bentley Continental family that is yet to receive the Speed treatment and that is the stylish GTC convertible, and these latest shots reveal more than ever.

Expected to bow in early next year as a 2010 model, the upcoming Bentley Continental GTC Speed has been spotted in prototype form testing at Germany's Nurburgring circuit. Looking largely the same as the last sighting, with a very slightly more aggressive face thanks to its opened-up mesh-grille lower intakes and a lower ride height, the car's sophisticated design still shines through.

This time around, however, we also get a peek at the interior of the car. The steering wheel is the primary change from the driver's point of view, doing away with the horizontal layout for a new split three-spoke design with brushed metal accents and a stitched leather rim. Drilled aluminum pedals add to the sporting feel, while the remainder of the interior appears to be nearly identical to the non-Speed variant.

Like the previous Flying Spur and GT models, the GTC Speed will feature an uprated version of the standard car’s twin-turbocharged 6.0L W12 engine. Specific changes to the engine include a new crankcase design, a lighter camshaft chain and a faster cam sensor, as well as increased boost pressure from the turbos.

The mega powerplant is officially rated at 600hp (448kW) and 553ft-lb (750Nm) of torque in the Speed models, and manages to move the coupe from 0-100km/h in under five seconds. The slightly heavier GTC drop-top should do the same sprint in around five seconds flat, while top speed should come in at around 300km/h.

Other Speed attributes include 20in wheels, a stiffer suspension and a unique front bumper. Inside, the car gets the usual plush Bentley appointments such as Nappa leather trim, seat piping, an 1,100W Naim audio system, and plenty of wood and chrome.