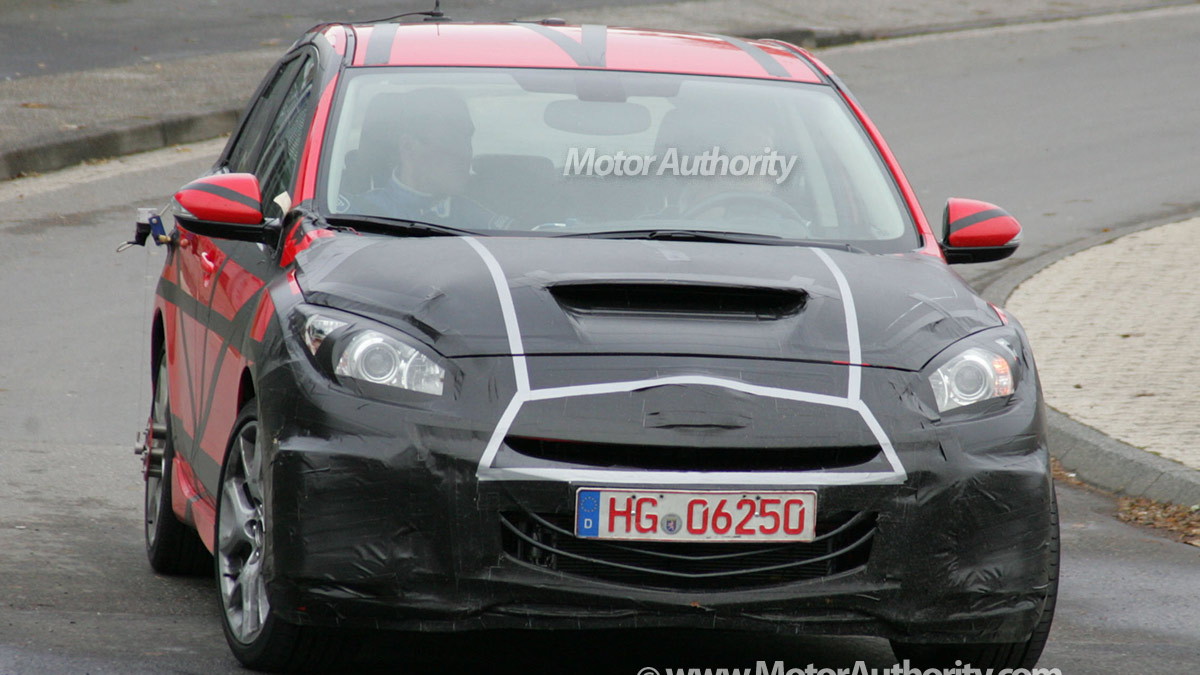 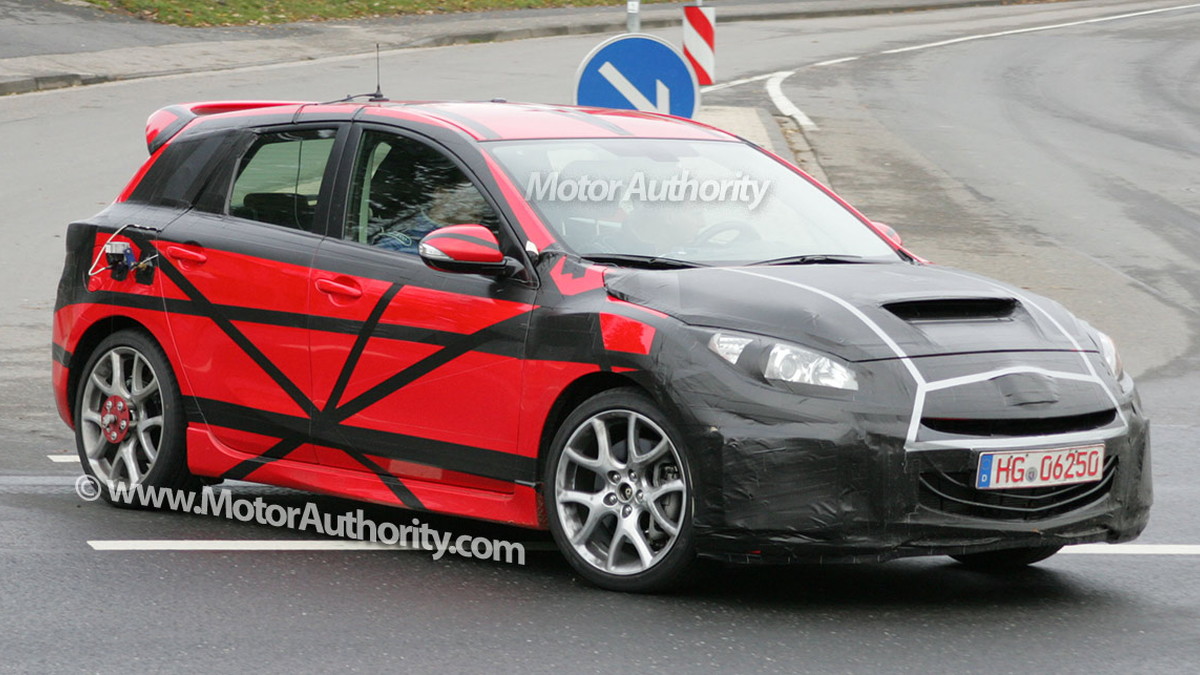 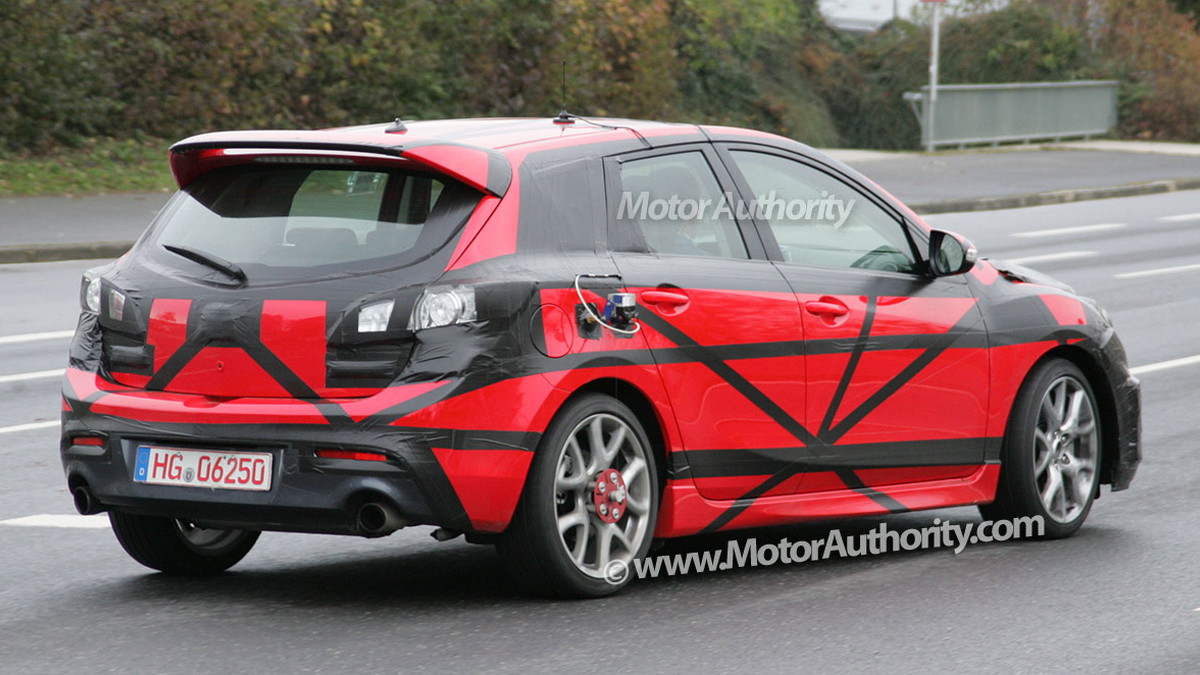 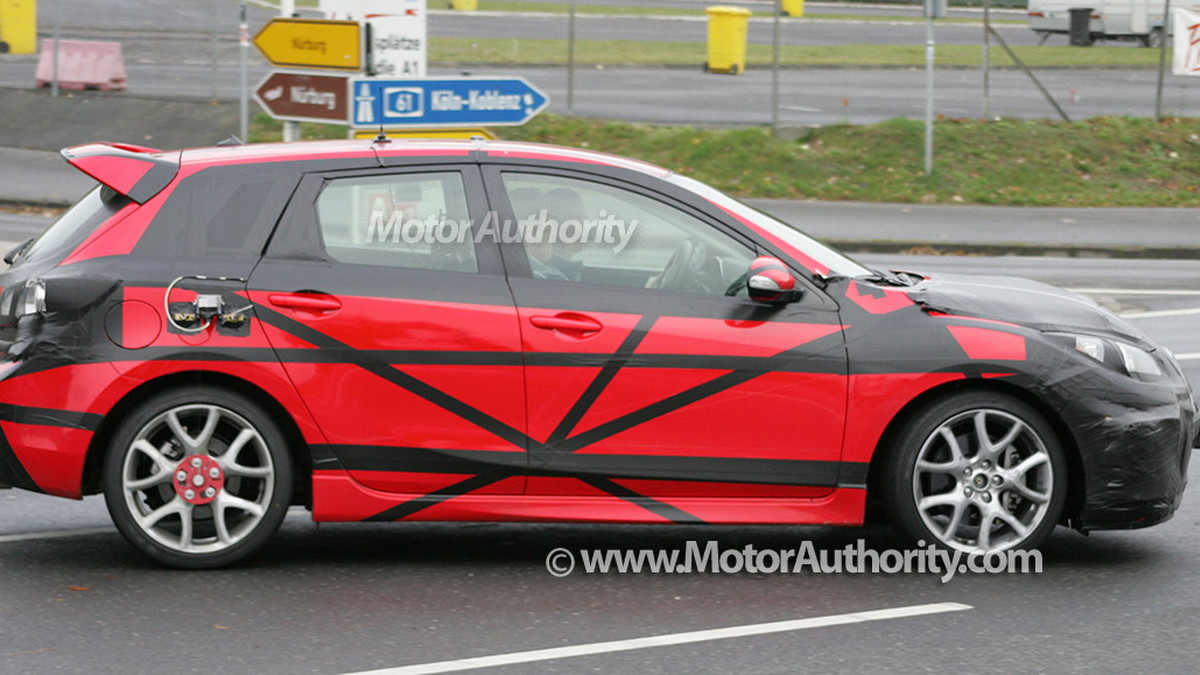 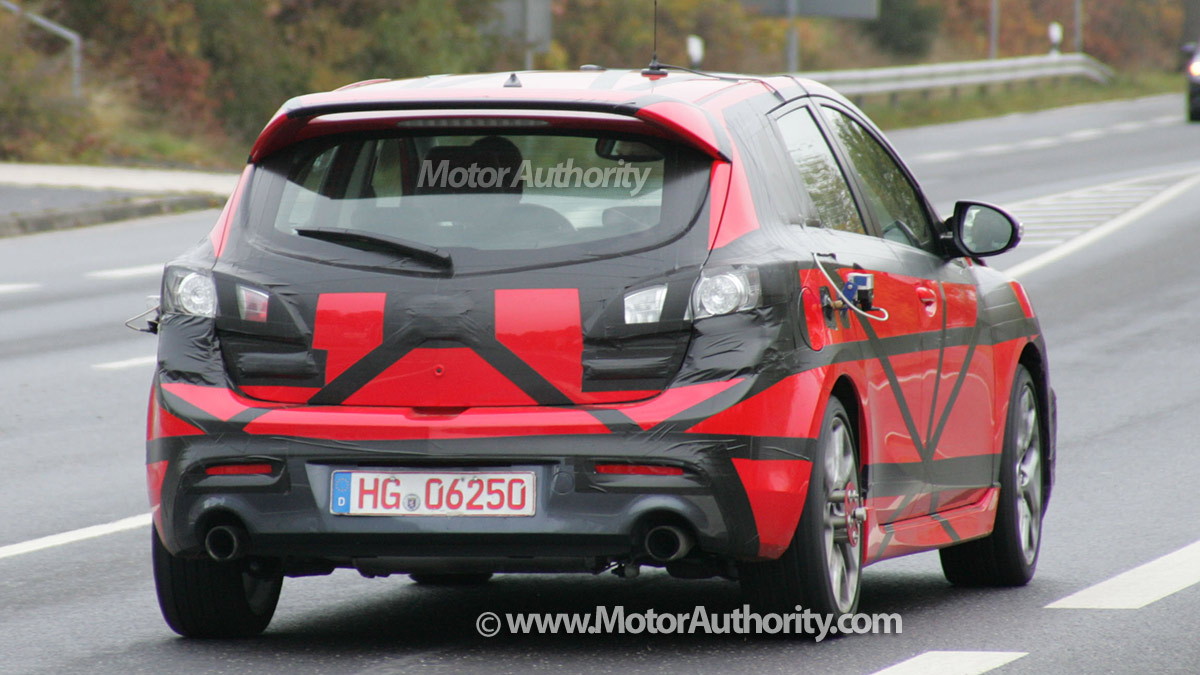 13
photos
Mazda released images of its upcoming 2010 Mazda3 sedan recently and confirmed the car would make an appearance at next month’s Los Angeles Auto Show. The carmaker also confirmed that the five-door hatch would be launched alongside the sedan early next year but that it won’t be revealed until closer to the sales launch.

While that is still several months away, we can get a rough outline of what the newly styled Mazda3 hatch will look from these latest images of a prototype for the sporty Mazdaspeed (MPS) model spotted near the Nurburgring. The hatch will feature an almost identical face to the sedan and as revealed by these spy shots it will also include a chiselled character line starting at the top of the front fender and recedes back into the waistline. It then appears again on the rear fender to give the car a wider stance.

Both 2.0L and 2.5L petrol engines are confirmed for the 2010 Mazda3 and the Mazdaspeed model could feature a turbocharged version of one of these, or stick with the current 2.3L mill. While actual specs for the car are hard to come by, there are also rumors that the engine in the Mazdaspeed version could be based on the 300hp (224kW) turbocharged 2.5L Duratec unit destined for the upcoming Ford Focus RS. There’s also the chance that Ford’s new RevoKnuckle FWD suspension system could be used in the Mazda to help get all that power to the ground as an AWD set-up is unlikely to be adopted.

Differentiating the Mazdaspeed from the regular Mazda3 lineup will be a large hood scoop for the turbo, oversized air-intakes in the front bumper, a rear diffuser, large-diameter twin-exhaust pipes, and a chunky rear wing.