Mercedes AMG’s Nico Rosberg is back in the lead of the 2016 Formula One World Championship after a decisive win in Sunday’s Singapore Grand Prix.

The German started the race on poll and was mostly settled apart from the final stages when he was challenged by Red Bull Racing’s Daniel Ricciardo. By the end, the Australian was less than half a second off the pace of the leader.

Mercedes’ other driver Lewis Hamilton could only manage third, finishing approximately 8.0 seconds behind the leader. The reigning world champion suffered from high brake temperatures throughout the race, which required managing, and on lap 33 made a mistake that saw Ferrari’s [NYSE:RACE] Kimi Räikkönen pass him, though some brilliant driving soon saw the Briton back in third place.

Räikkönen had to settle for fourth and was joined by teammate Sebastian Vettel in the top five. Vettel had a brilliant run, having started at the back of the grid due to technical issues that meant he missed most of Saturday’s qualifying. 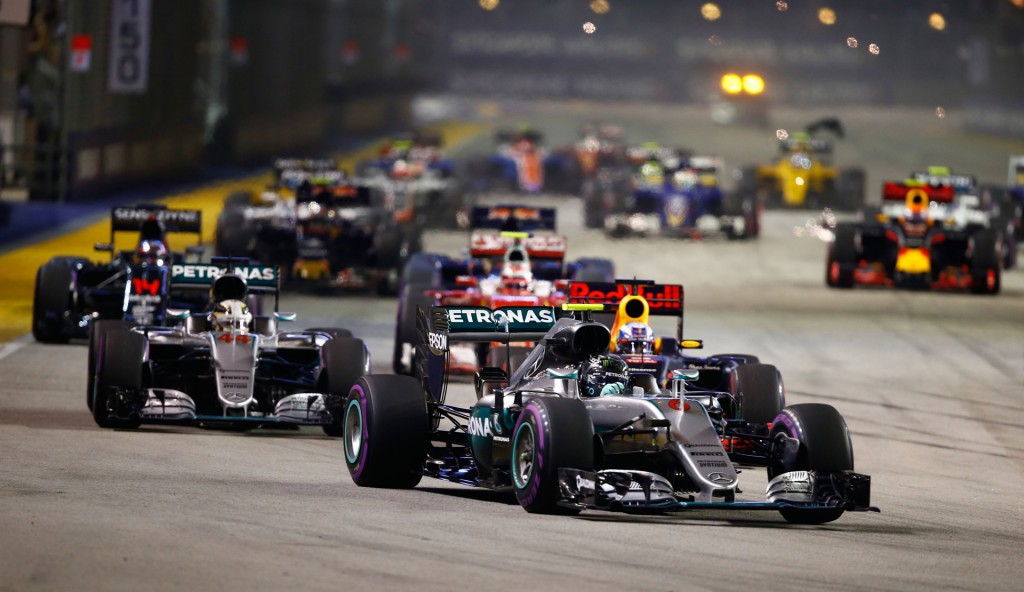 The race started with a bang, with Toro Rosso’s Carlos Sainz coming into contact with Force India’s Nico Hulkenberg when trying to avoid the slow-starting Red Bull of Max Verstappen. Hulkenberg spun and crashed hard into the pit wall, which called for the safety car. Hulkenberg was forced to retire, along with McLaren’s Jenson Button and Williams’ Valtteri Bottas who suffered damage to their respective cars from that first lap crash. Haas’s Romain Grosjean also retired, due to brake issues.

Verstappen would eventually finish sixth, ahead of Fernando Alonso who made an impressive run in his McLaren. Force India’s Sergio Perez and Toro Rosso’s Daniil Kvyat were eighth and ninth, respectively, while Renault’s Kevin Magnussen rounded out the top ten.

Rosberg’s tally in the 2016 Drivers’ Championship now extends to 273 points. Hamilton drops to second with 265 points and Ricciardo remains in third with 179 points. In the Constructors’ Championship, Mercedes enjoys 538 points versus the 316 of Red Bull and 301 of Ferrari. The next race on the calendar is the Malaysian Grand Prix, which takes place in a fortnight.

Hit the next page for the full results of the 2016 Formula One Singapore Grand Prix. 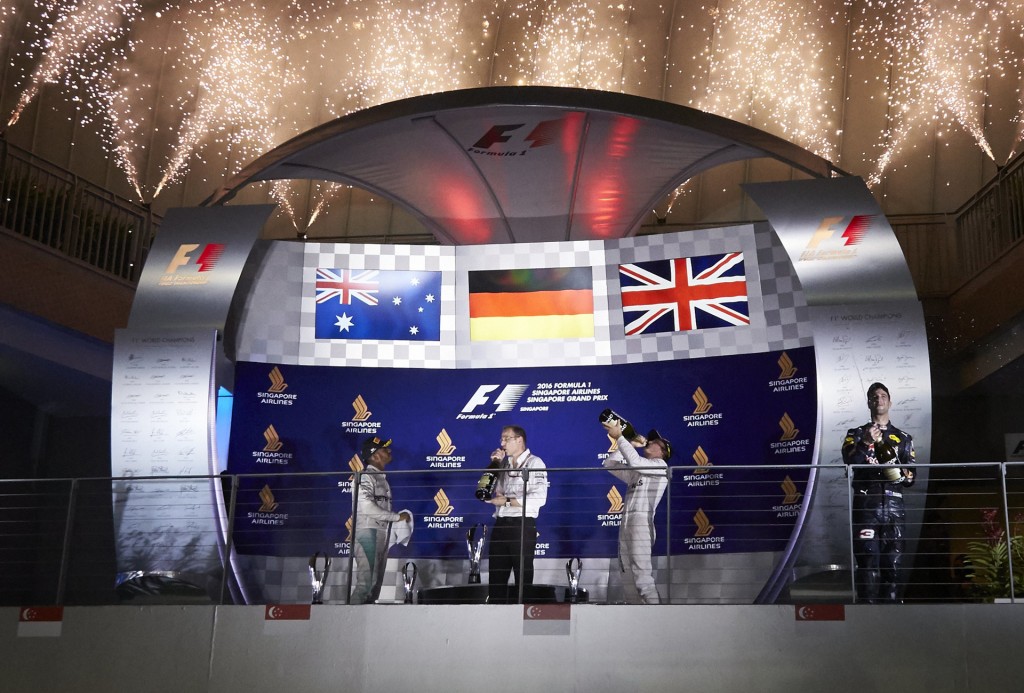 Below are the full results for the 2016 Formula One Singapore Grand Prix: